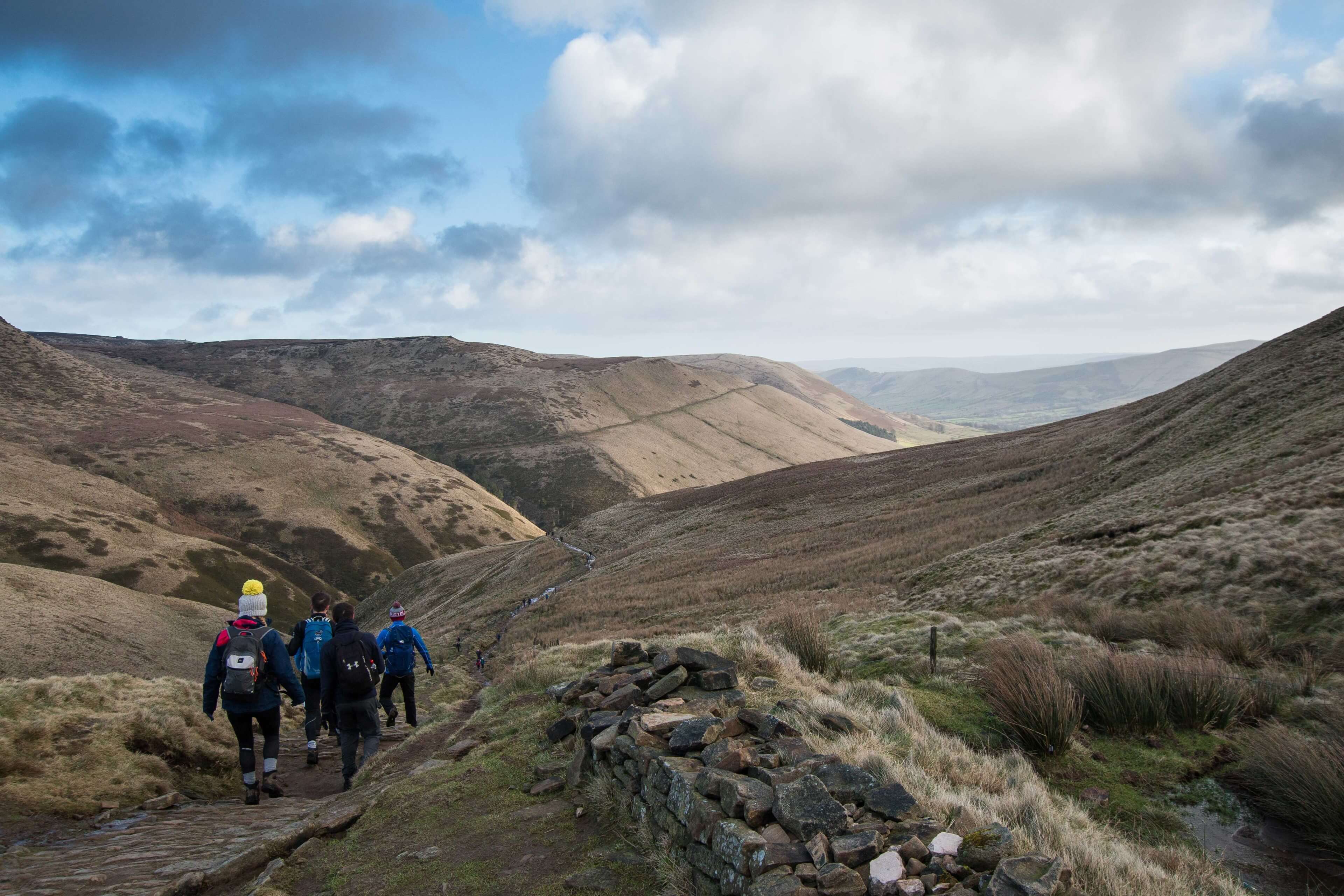 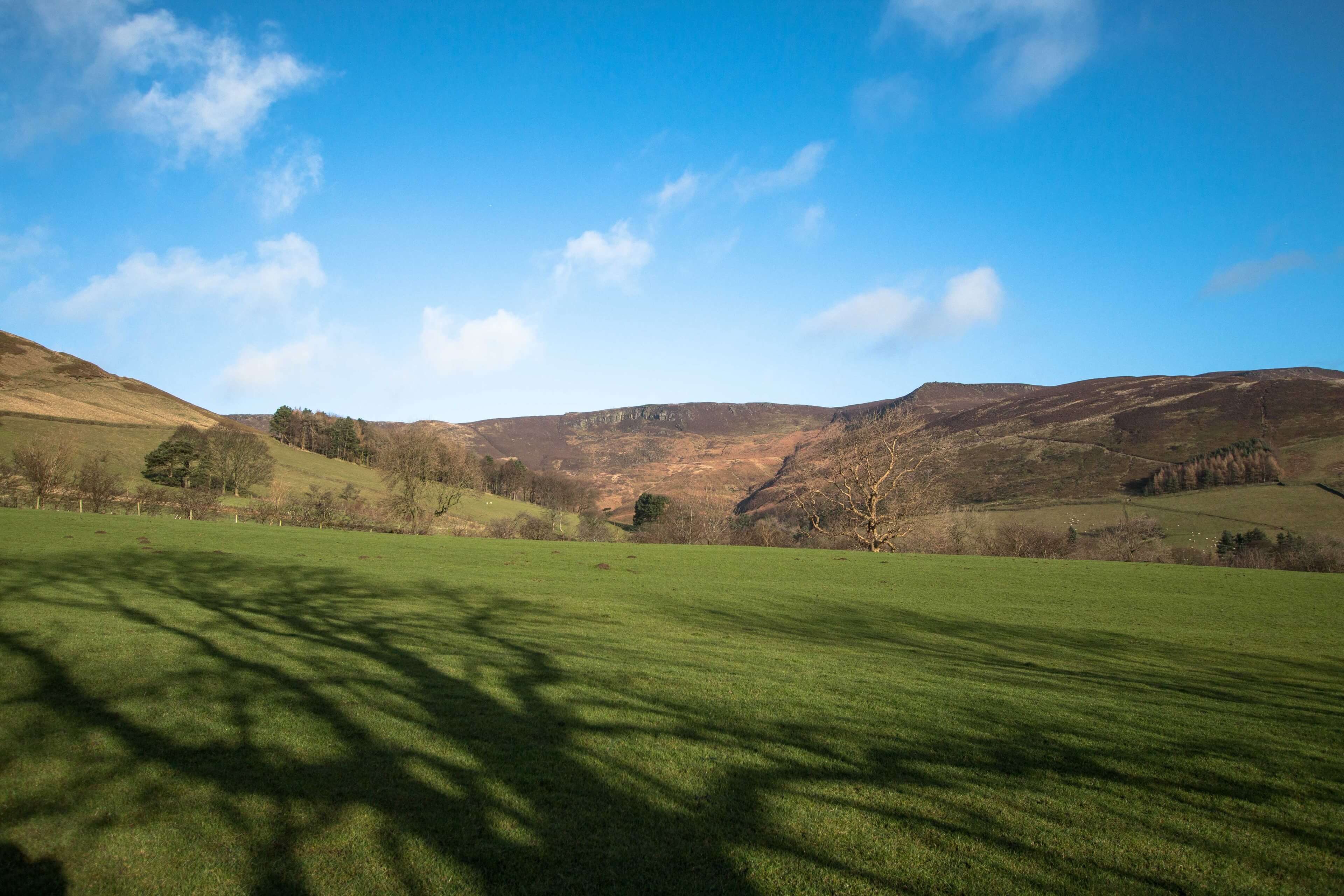 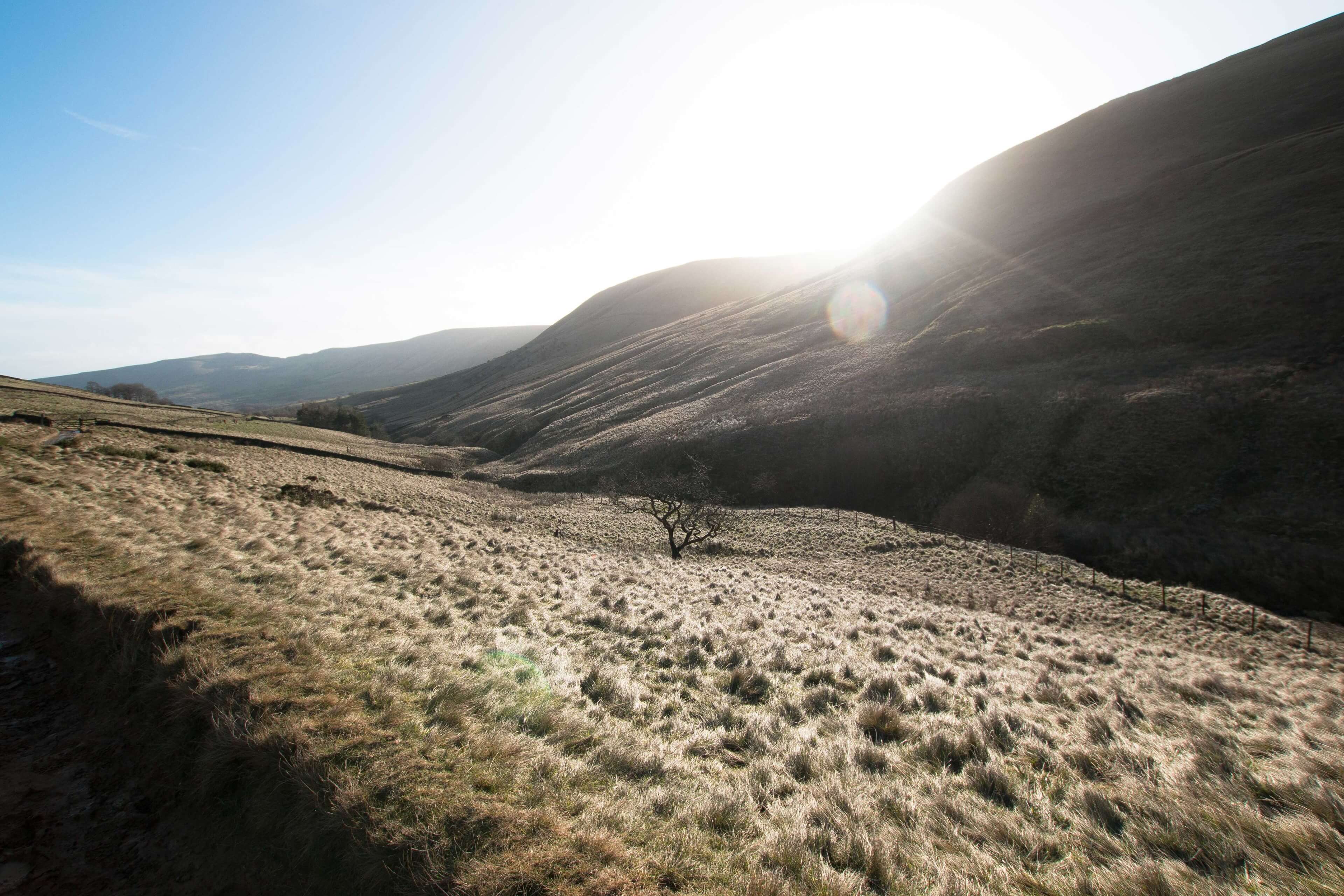 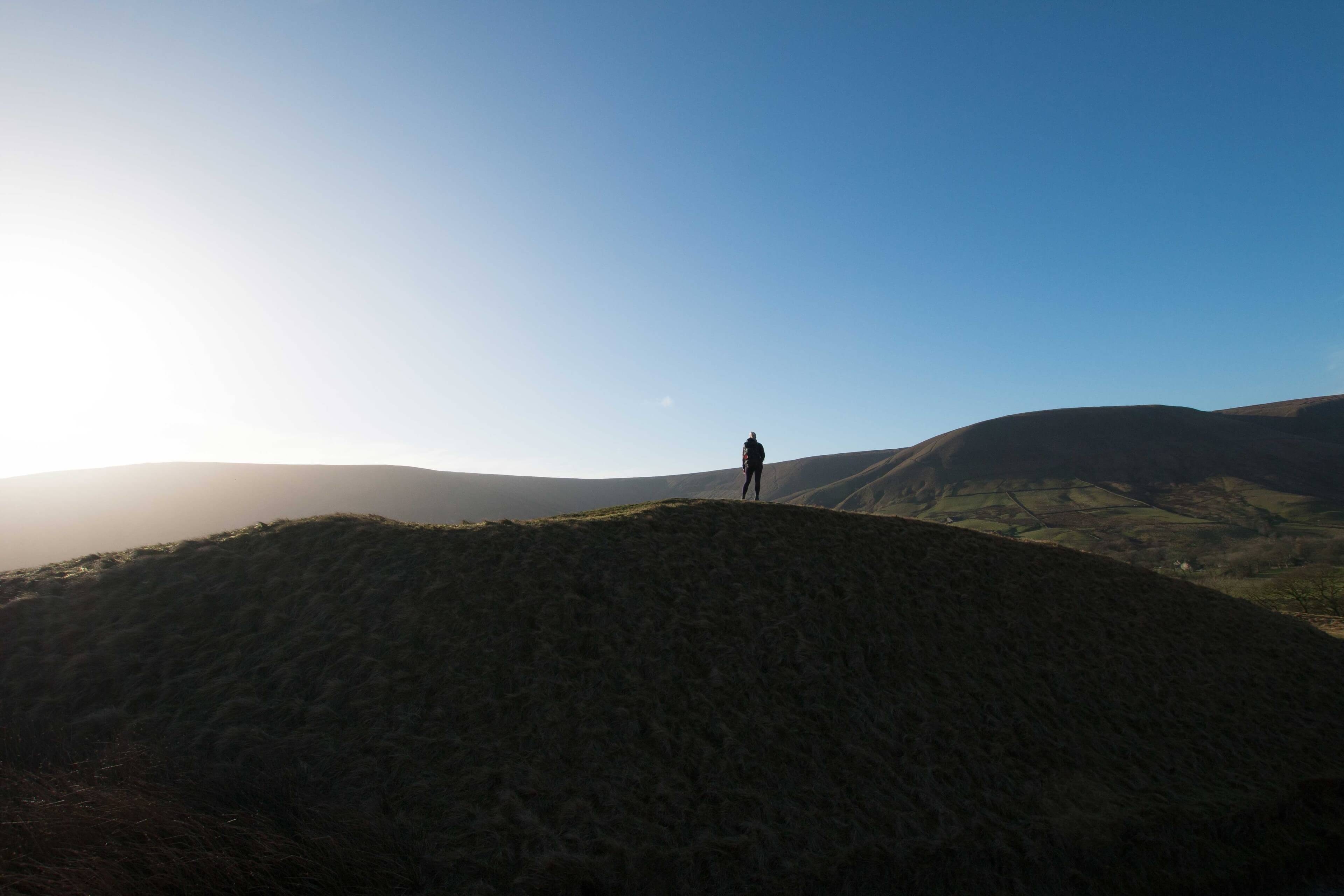 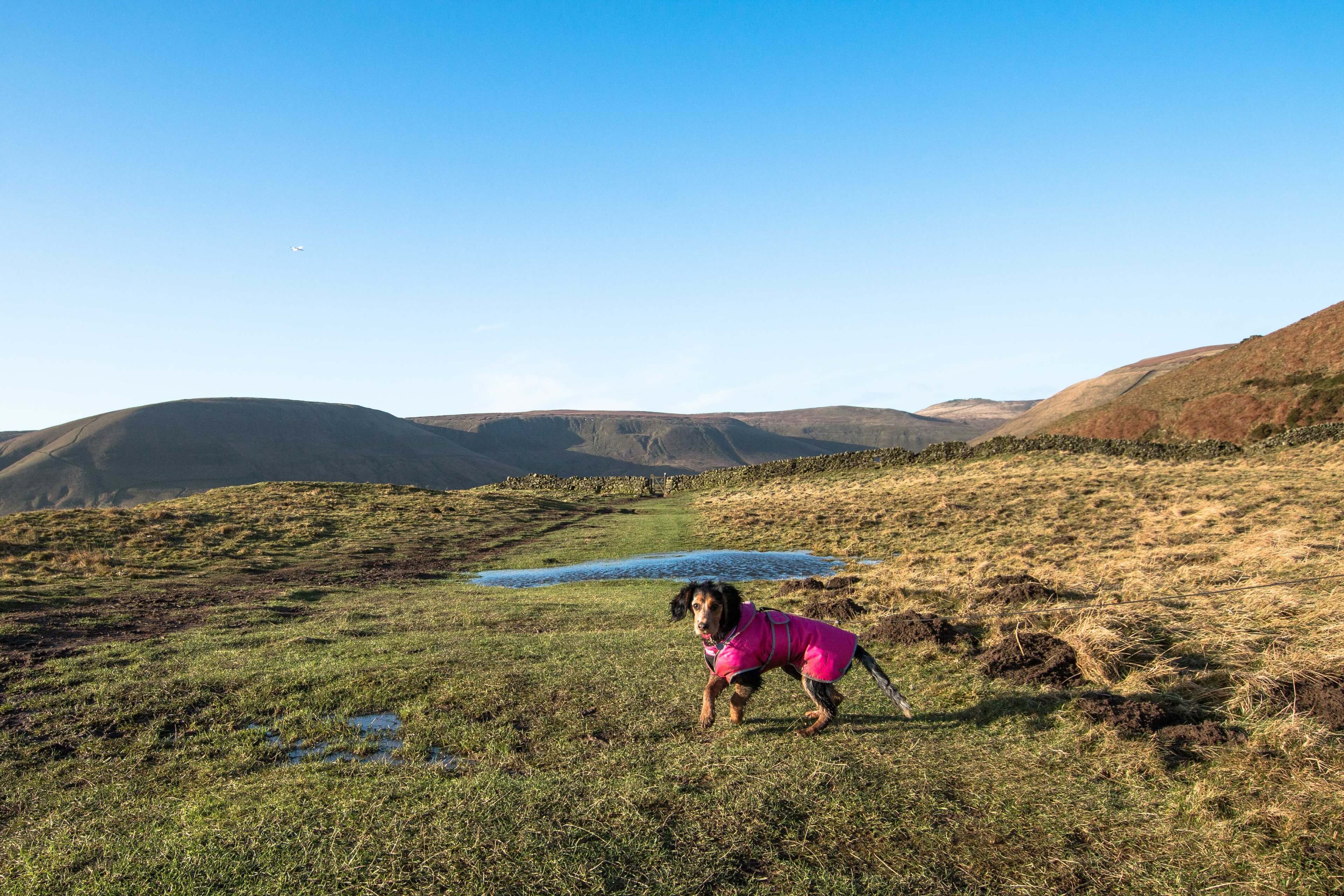 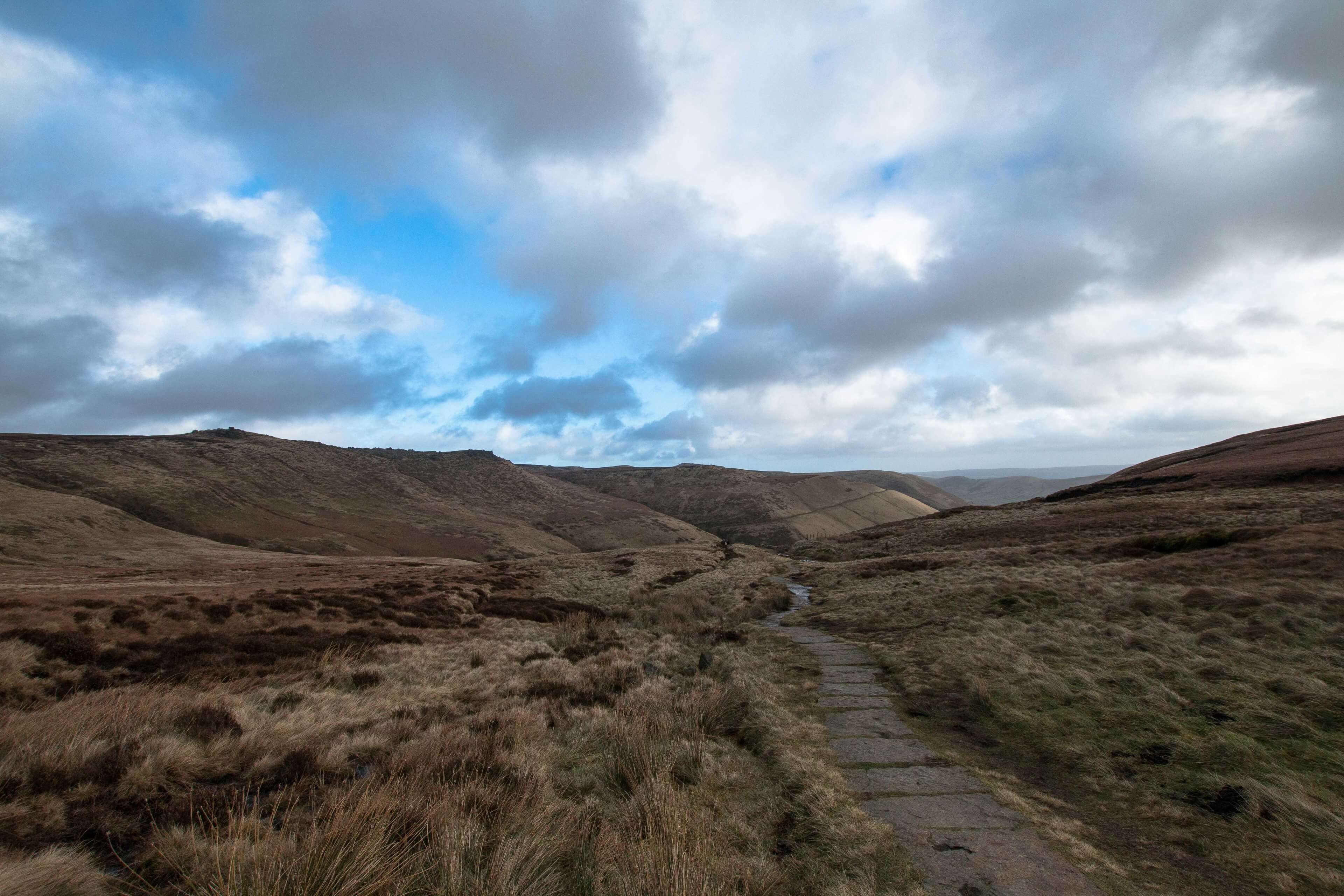 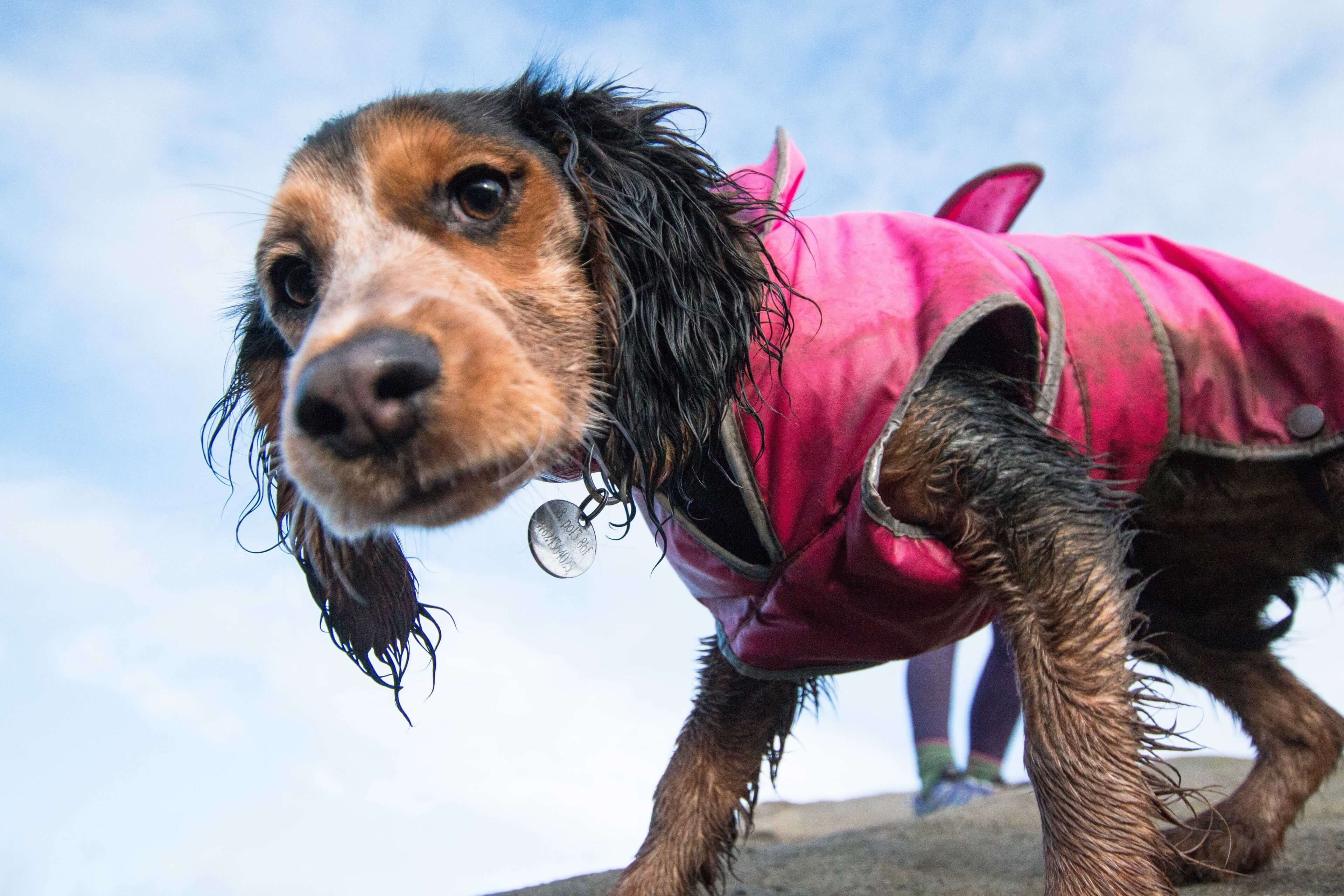 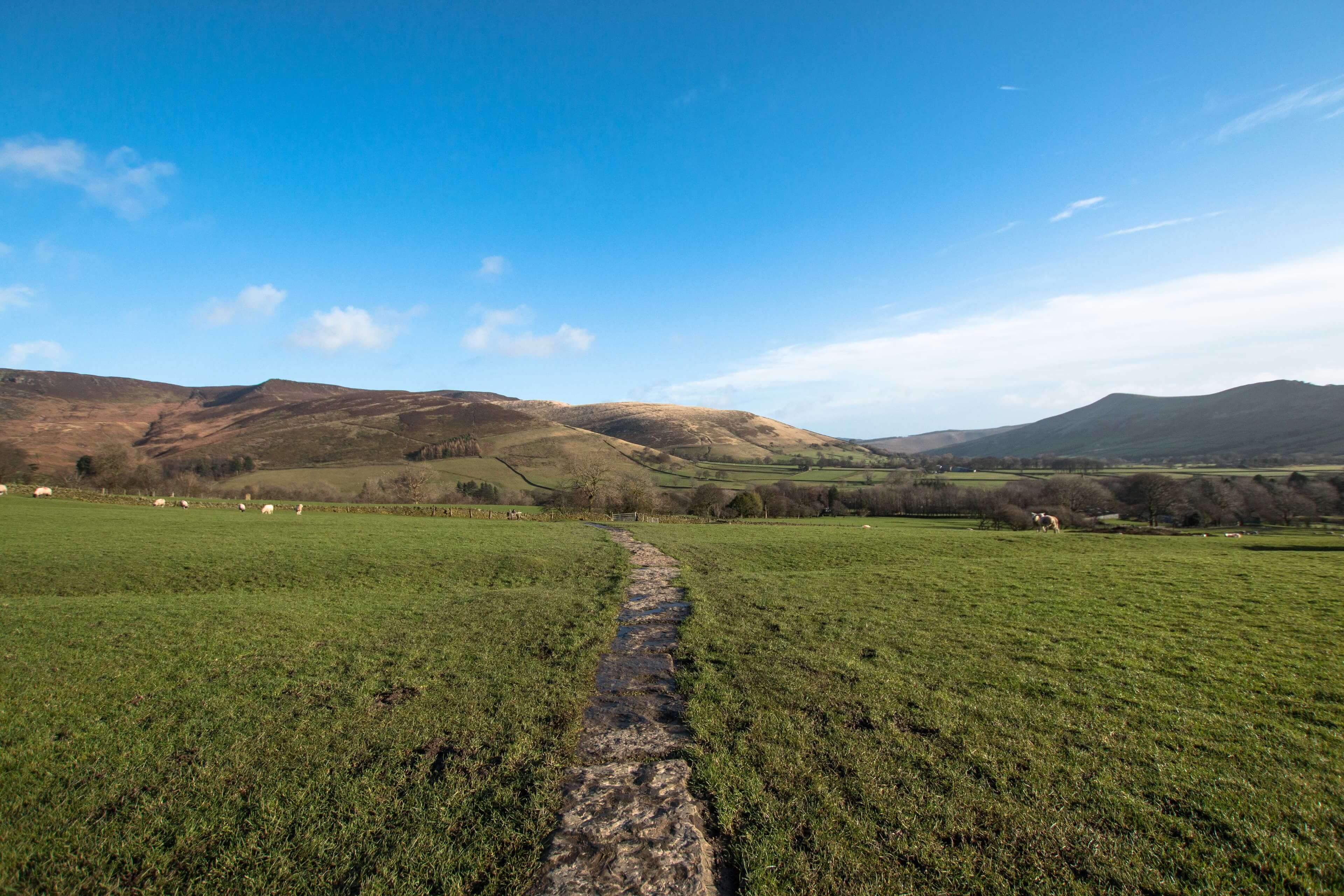 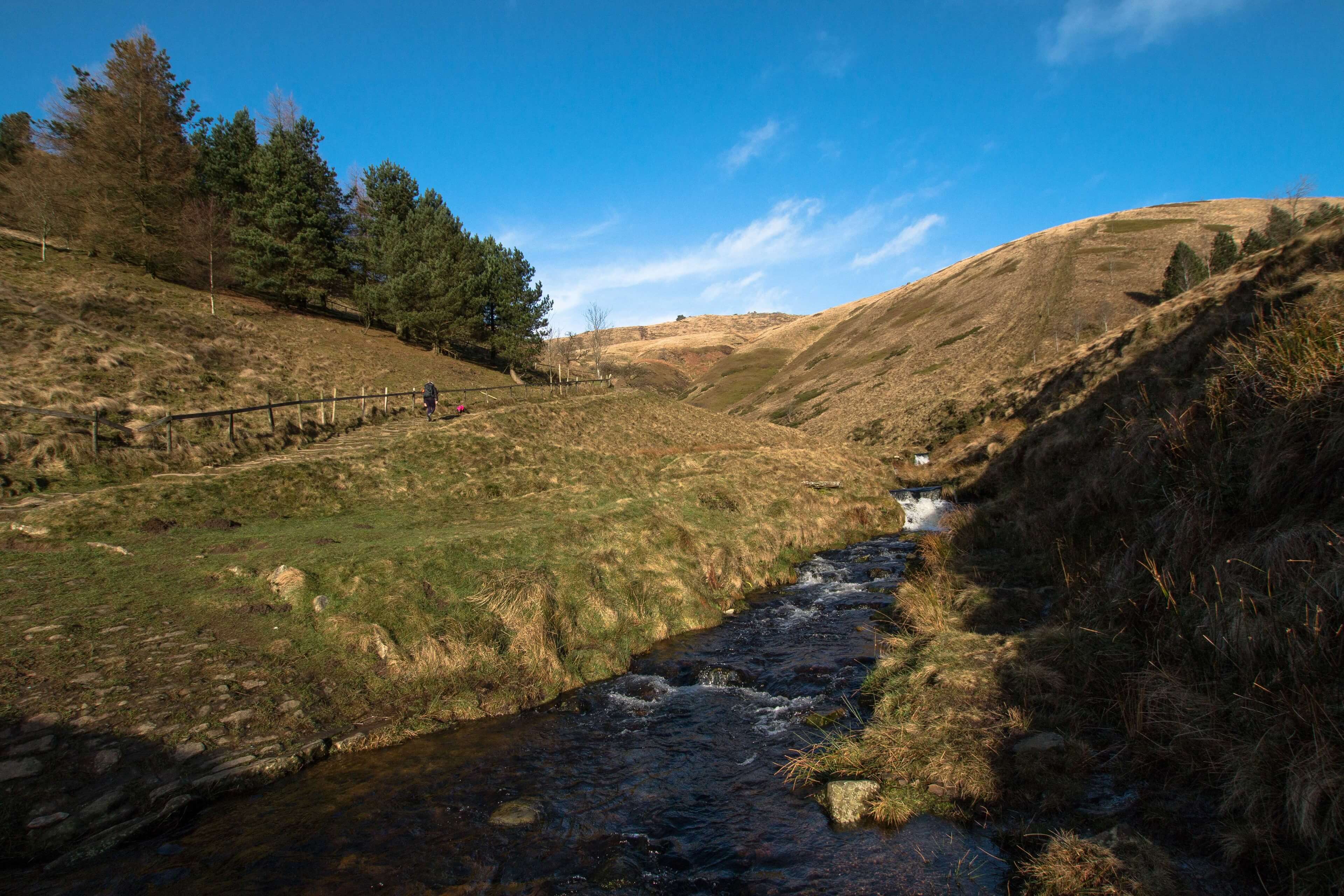 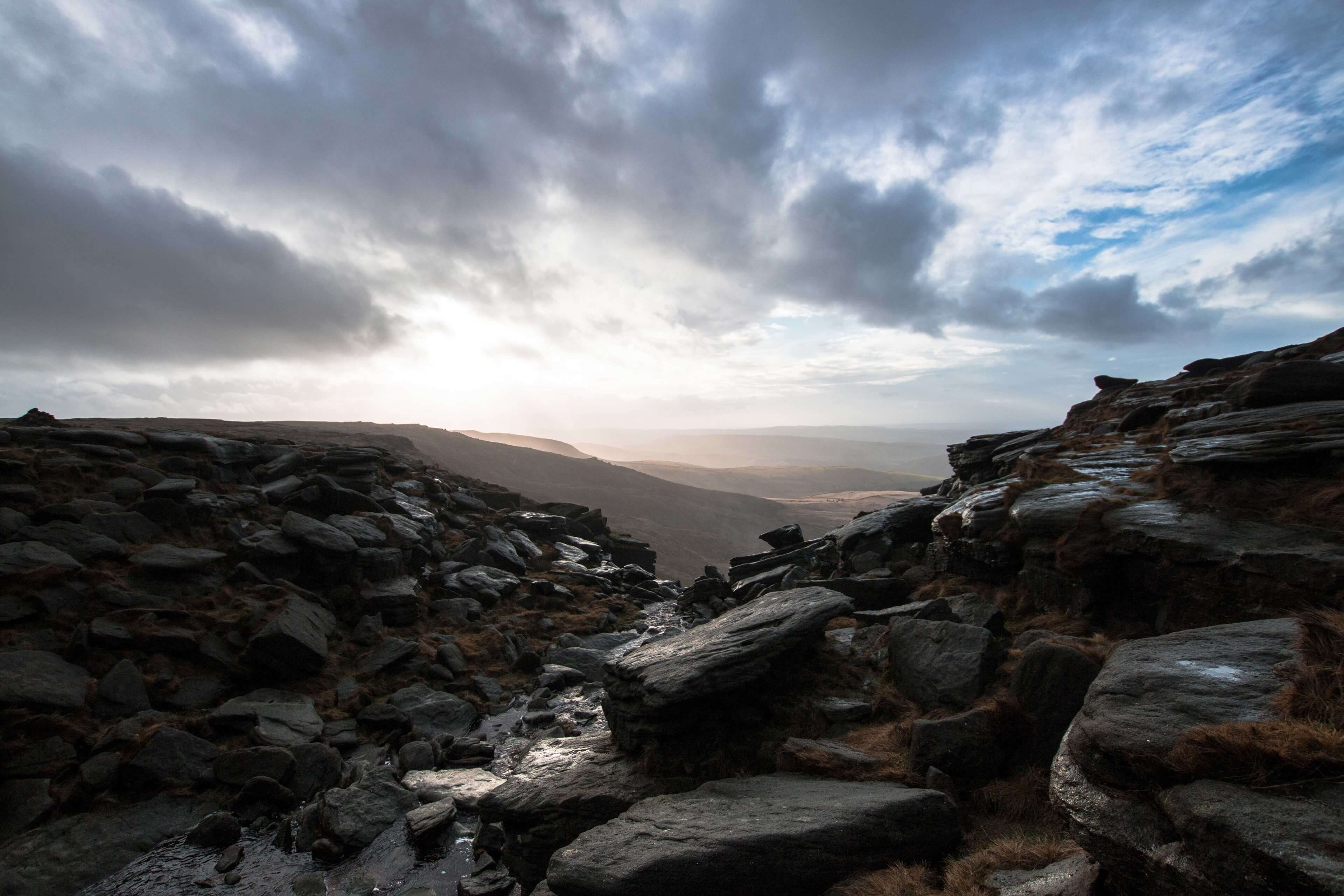 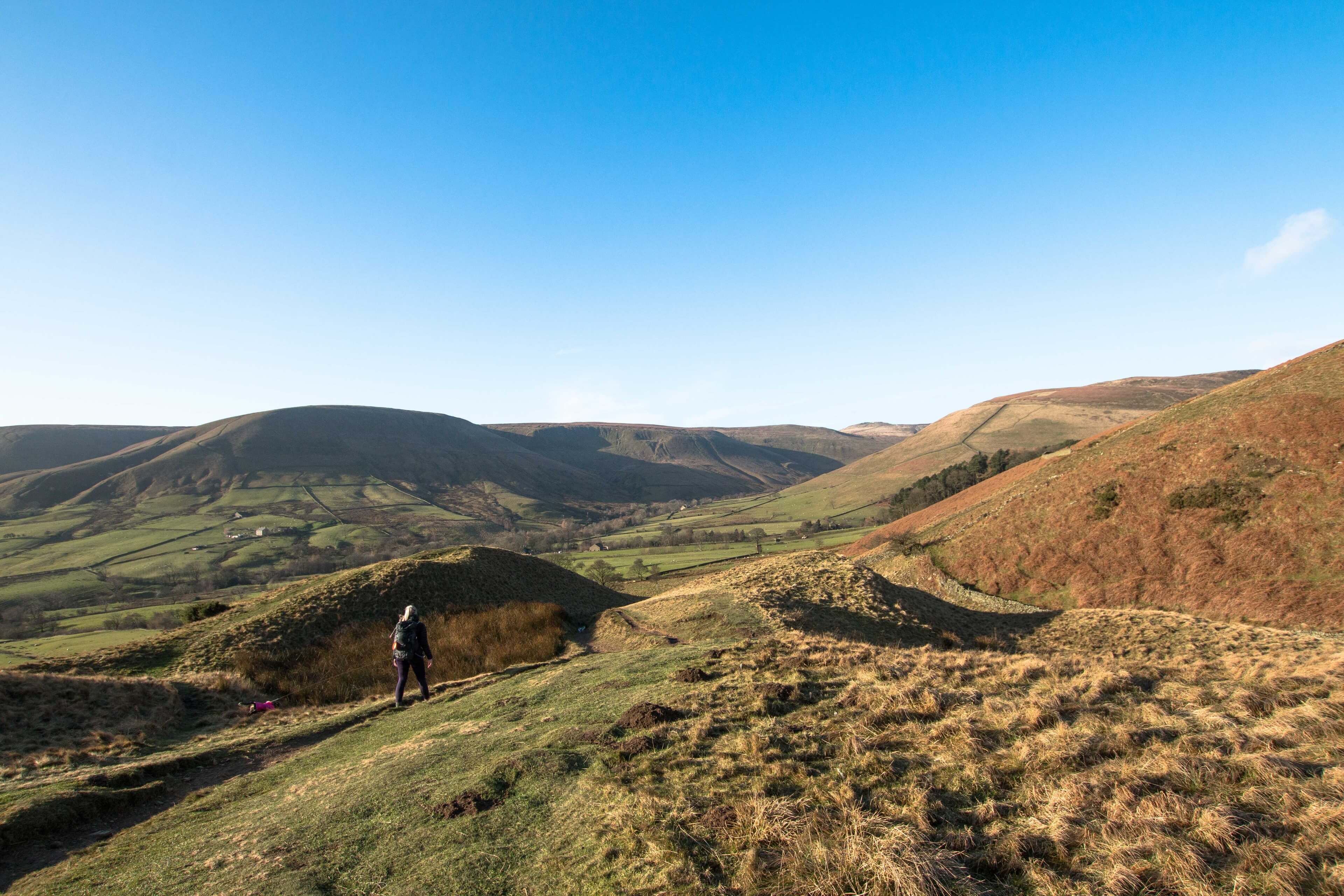 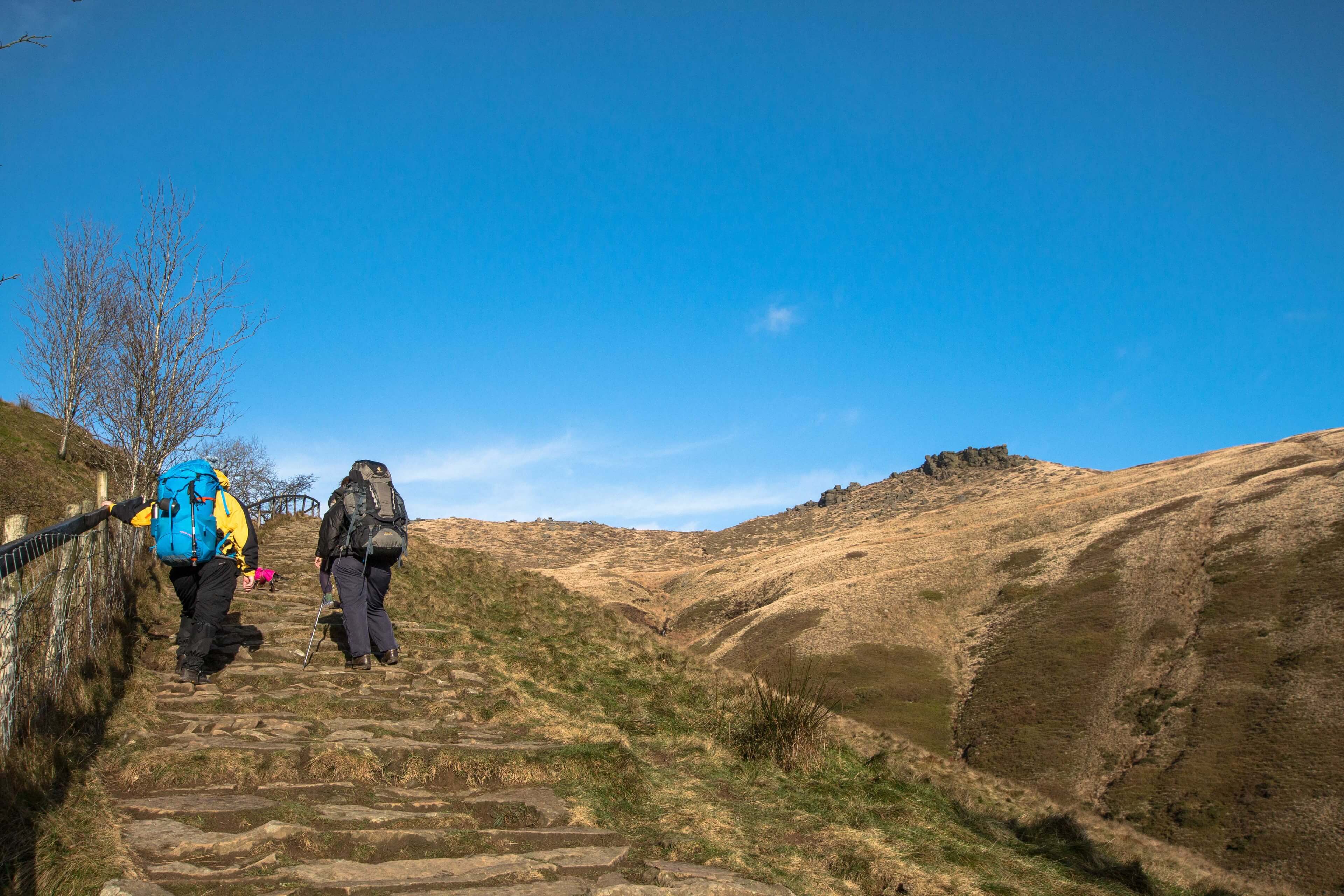 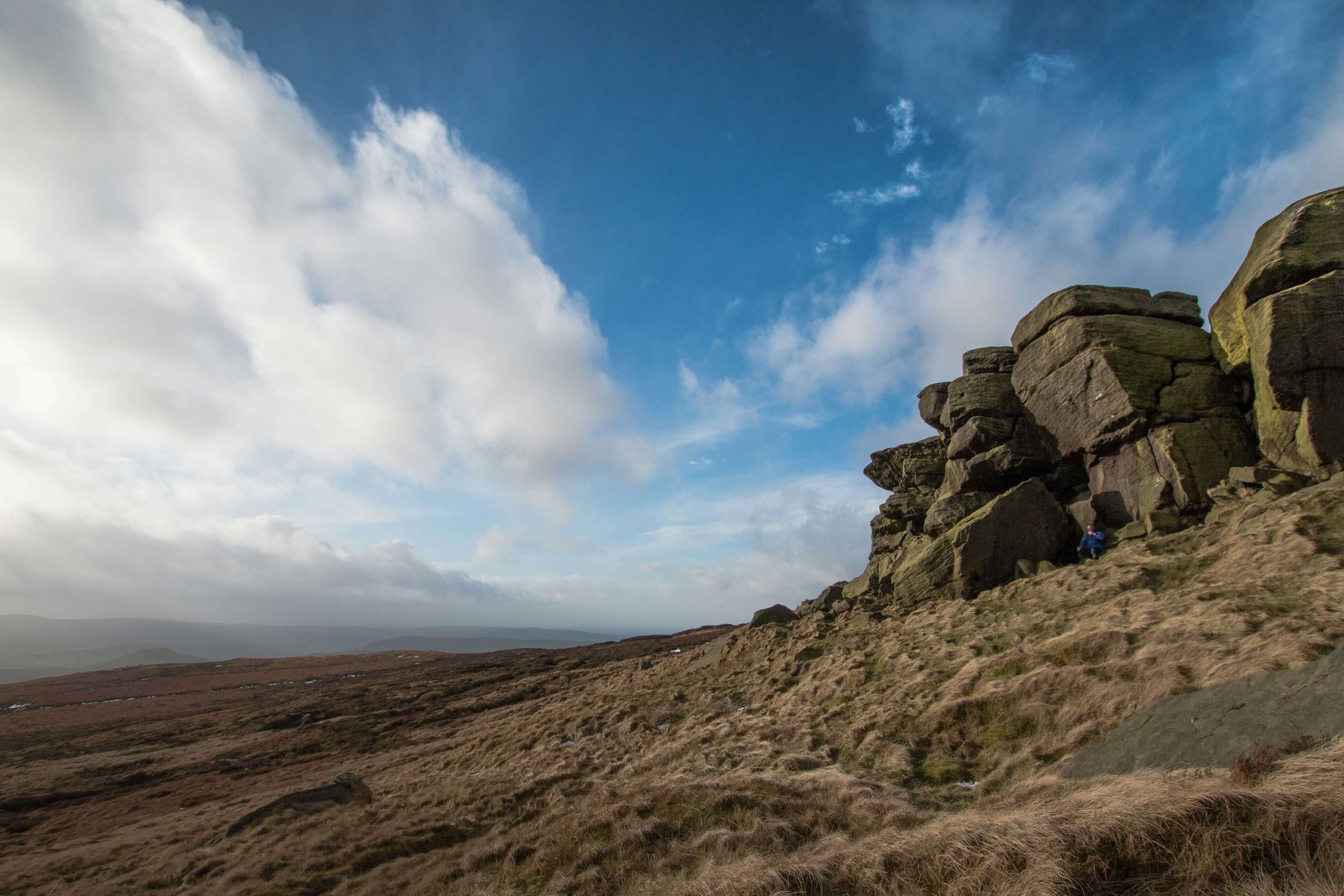 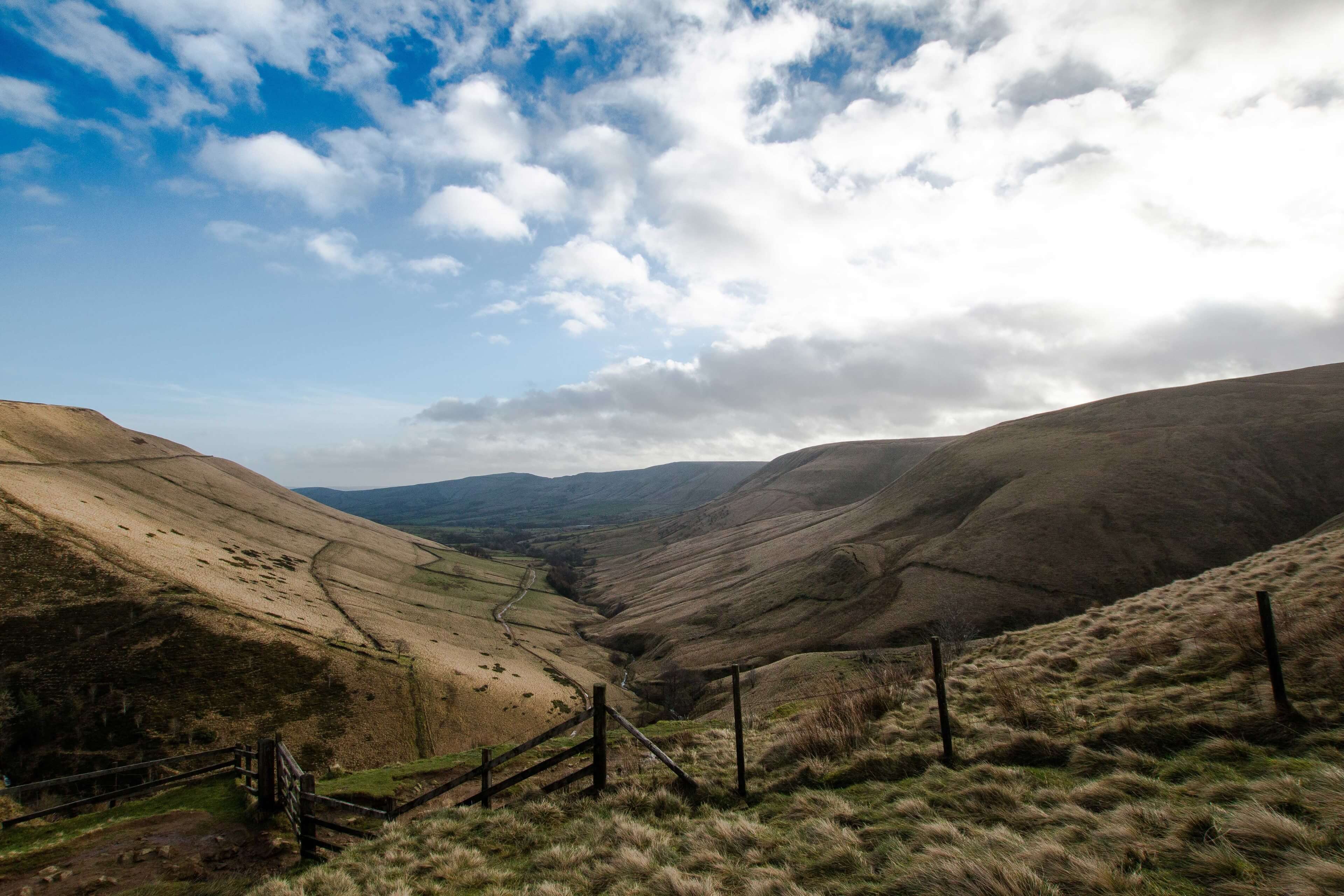 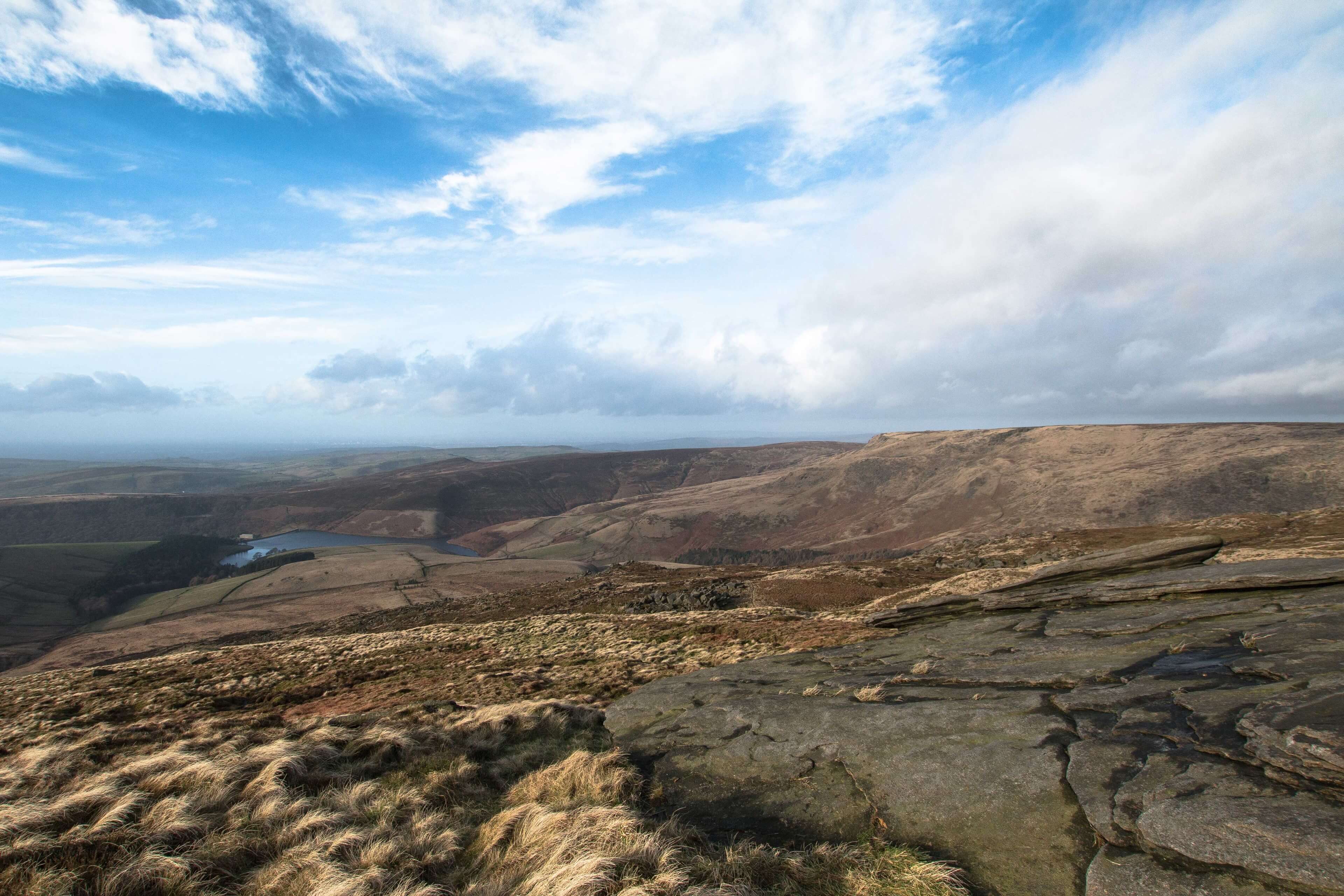 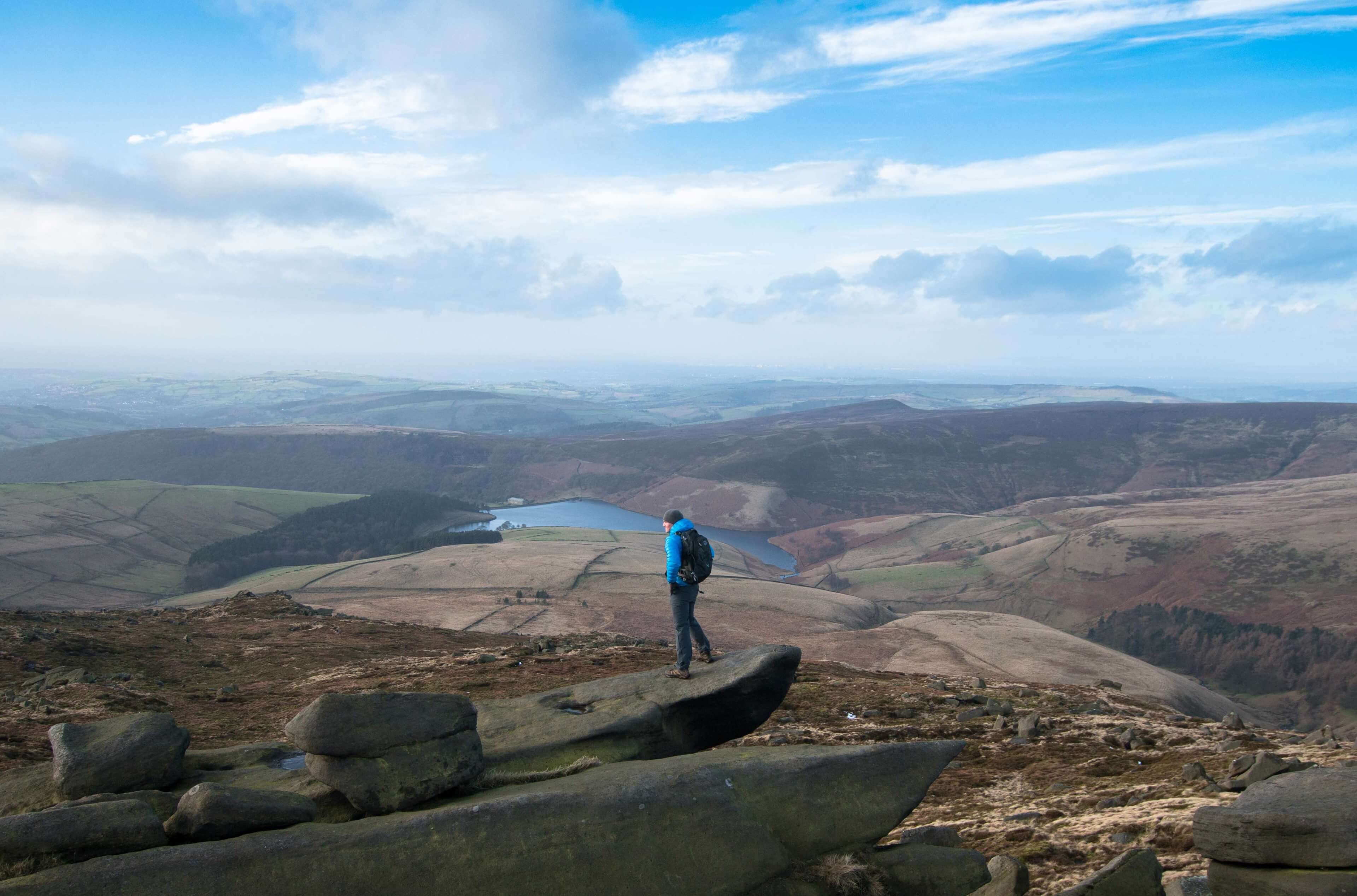 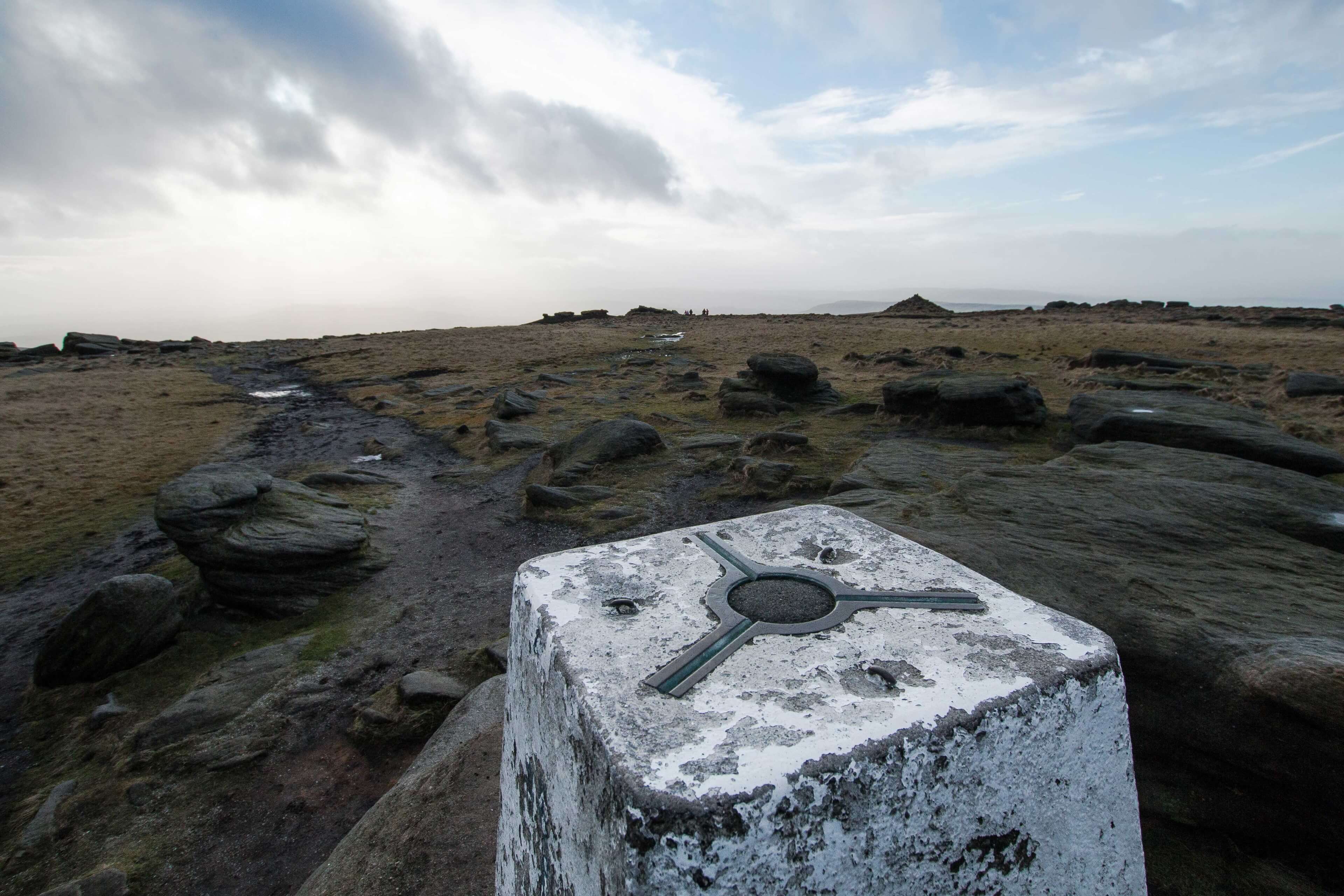 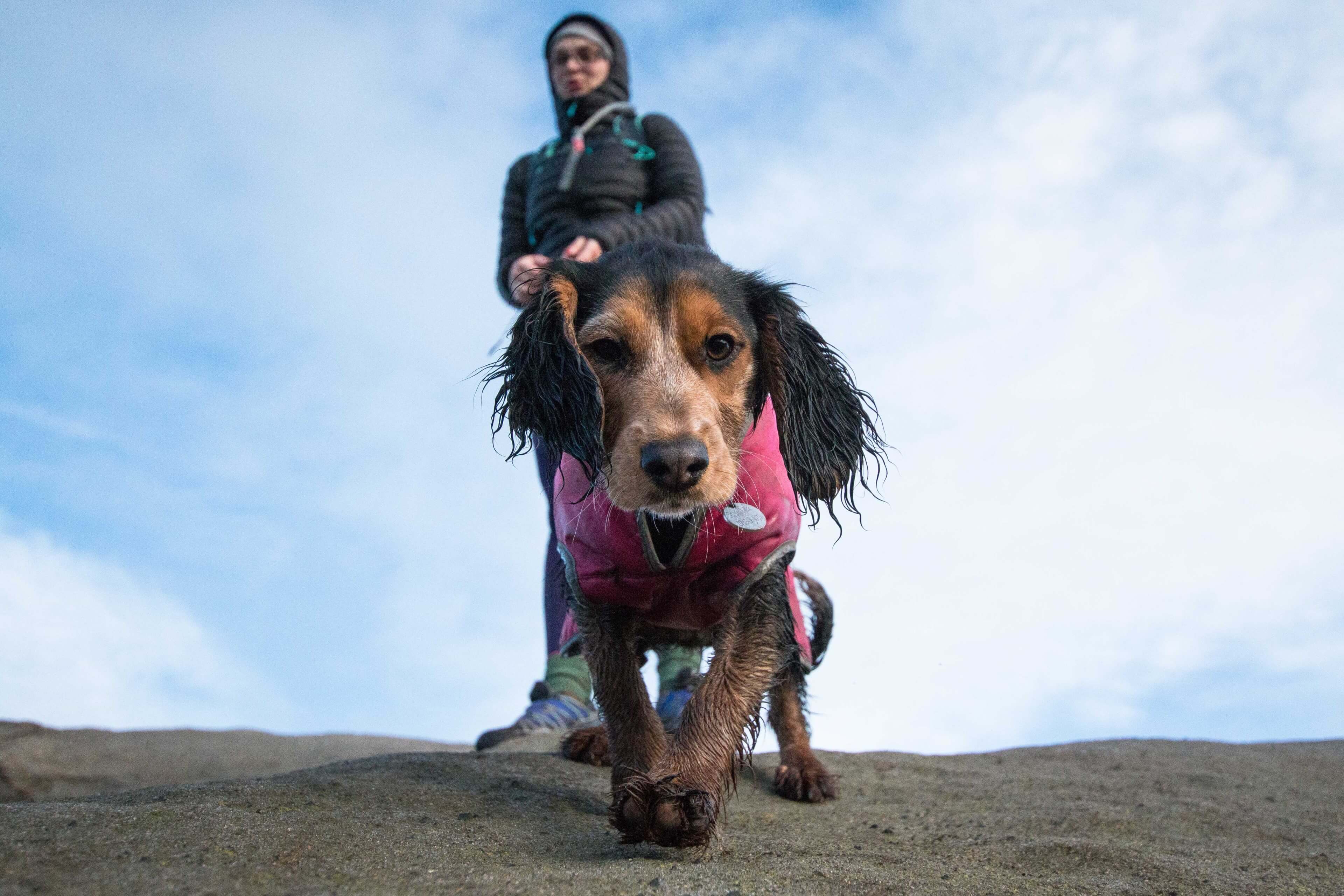 I decided to see in the 2018 New Year walking in the Peak District. It’s the only National Park ive not visited so have been itching to get up there for a few months now.

I was joined once again by my hiking partner in crime Chelsea Austin and her rather cute Cocker Spaniel Willow. It was nice to have her company again having previously hiked together in the Nepalese Himalayas earlier in 2017. Chelsea had done the Peaks Challenge a few years back so as a complete newbie to the area thought it would be a good introduction to walk one of the classic routes up to Kinder Scout (636m) from Edale via the Pennine Way which is clearly signposted.

Now this route to Kinder Scout is available to find on any web site as it’s a standard tourist/walkers route, however the route we walked took us from Edale, up Jacobs Ladder, past Kinder Scout Low trig point and onwards to Kinder waterfall. (via a very scenic view of Kinder Reservoir) From here we came off the Pennine Way and walked a circular path back through the Edale Moors which turned out to be particularly nasty, boggy, hard to navigate and potentially quite dangerous if the weather had turned. (which it was starting to do)

The route ive shown is 11miles total and takes you up to Kinder Waterfall and then retracing your steps back to Kinder Trig point. From here turning east, coming off the Pennine Way and following the Edale head ridgeline (rather than coming back down Jacobs Ladder) towards Grindslow Knoll (601m) and then a steep descent back down to Edale. Im not a massive fan of retracing steps as prefer circular trails but in this case the views are more than worth it.

The morning started with glorious blue skies, the rolling hills, especially the greens of the Edale Valley look beautiful. However even though the elevations are not massive you really must respect the weather. By mid-afternoon we were walking through high winds and driving rain with low visibility, which really came from nowhere and could easily catch you out if not carrying the proper outdoor gear! Even Willow got too cold and basically shut down as we arrived at Grindslow Knoll so we had a mini panic and I carried her down as for a while until we got out of the wind chill. Luckily she was soon walking and causing mischief the closer we got back to Edale.

Despite the bad weather during the last few miles, I thoroughly enjoyed this trail in a new and unique terrain. I am looking forward to returning and exploring, perhaps some of the more offbeat paths next time!

The trail starts from Edale main carpark by the train station. (Postcode S33 7ZL) bring your change as the pay machines are coins only. (£5 for 10 hours stay) There are 2 local pubs too visit after your walk too, The ramblers Inn and The Old Nags Head.