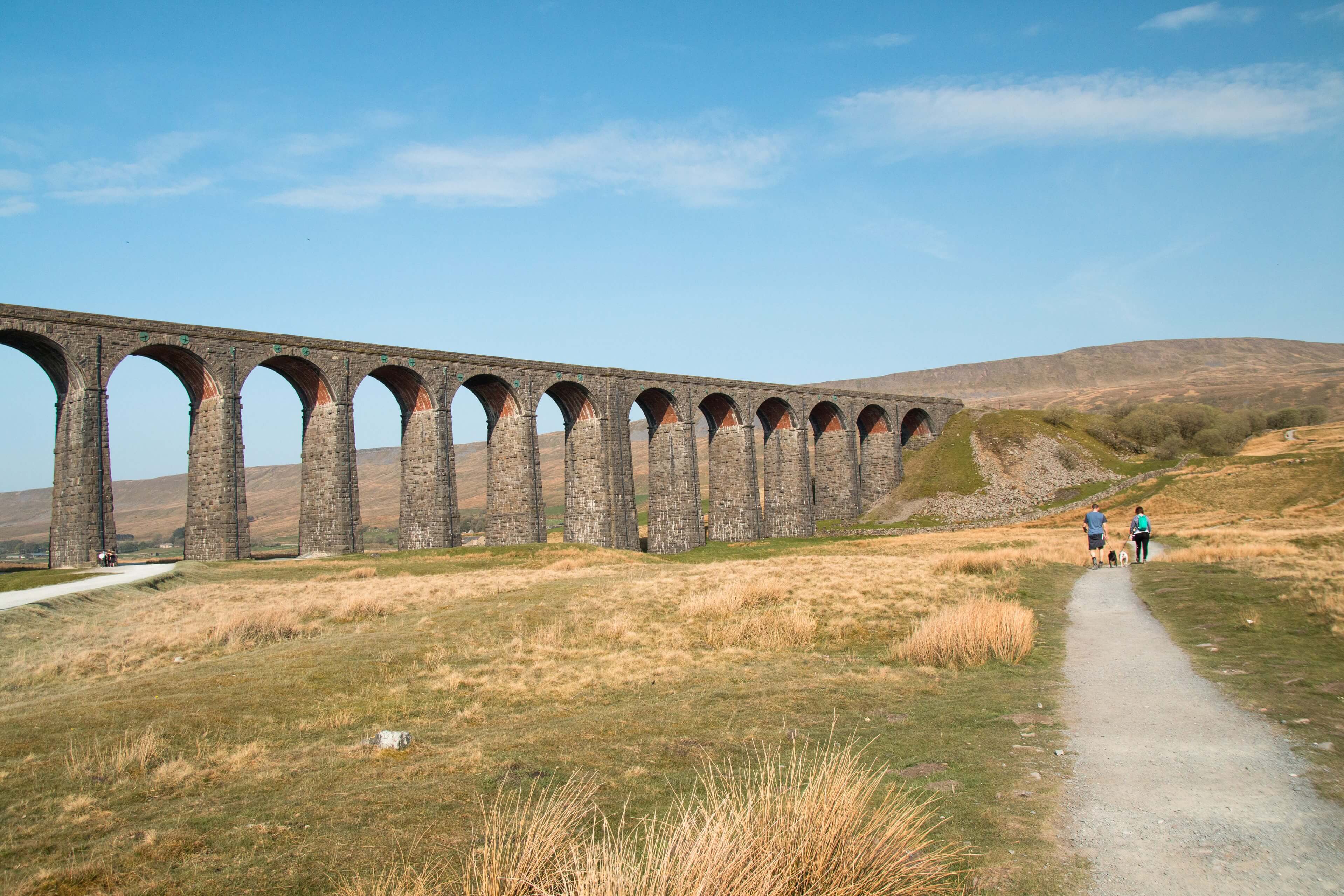 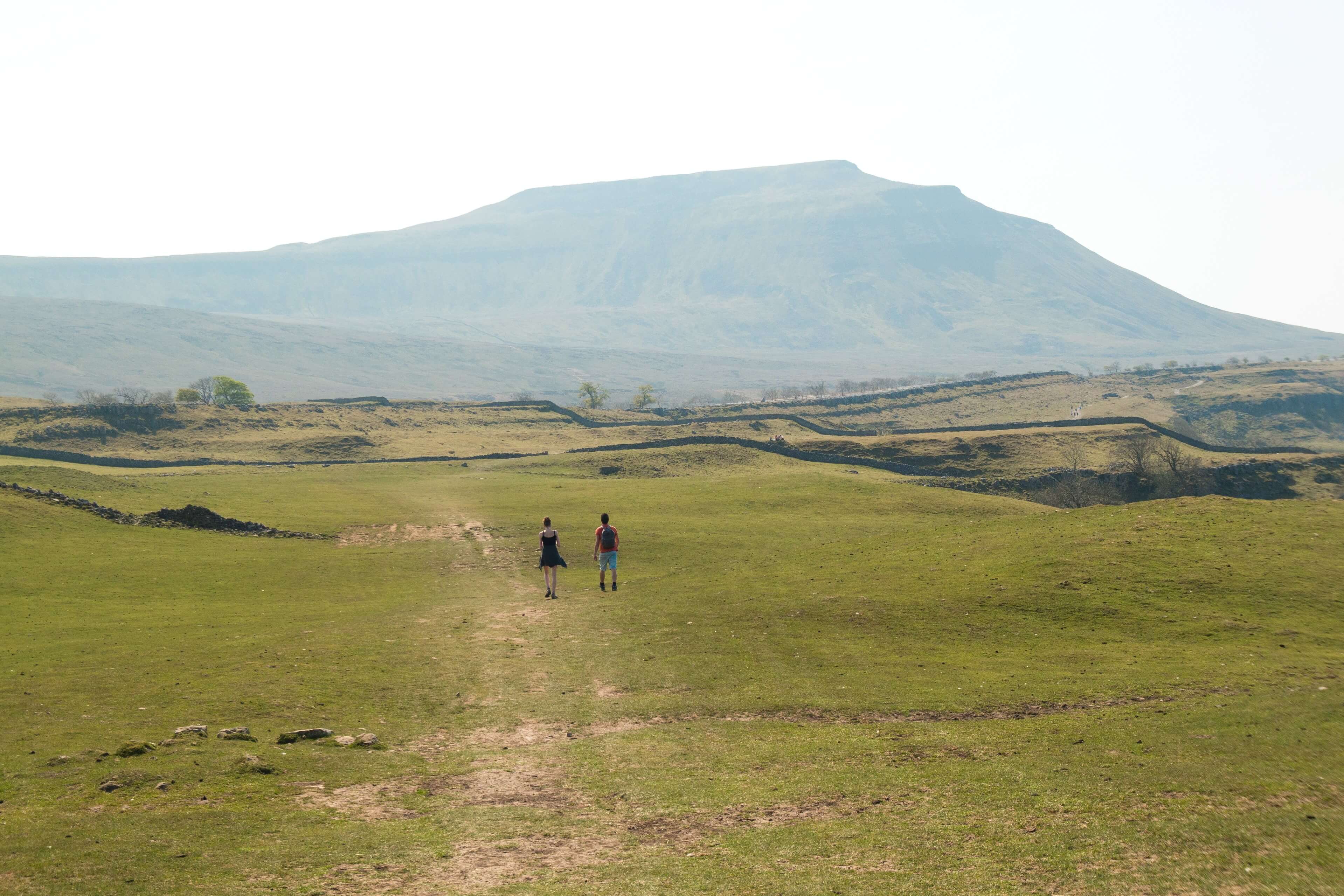 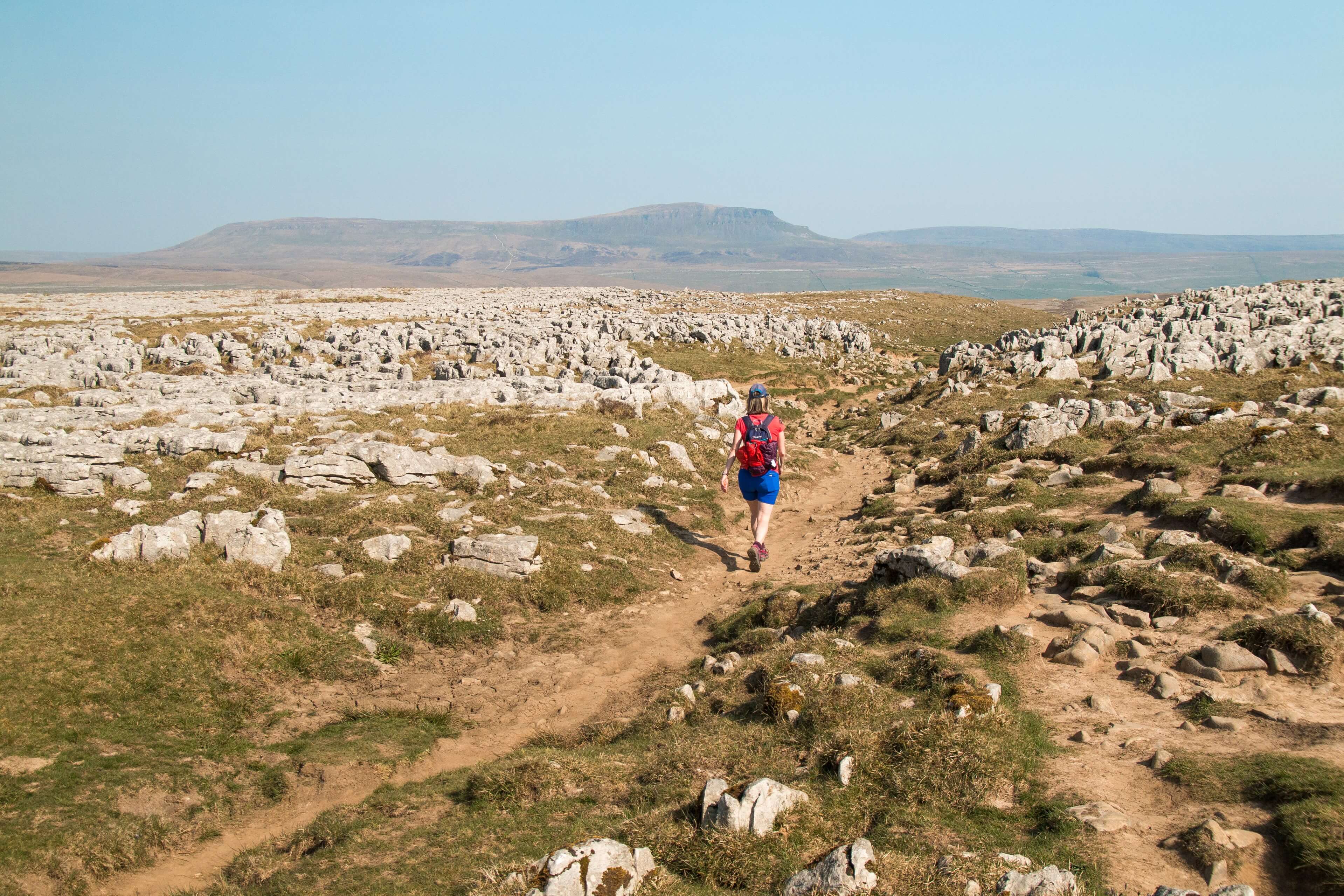 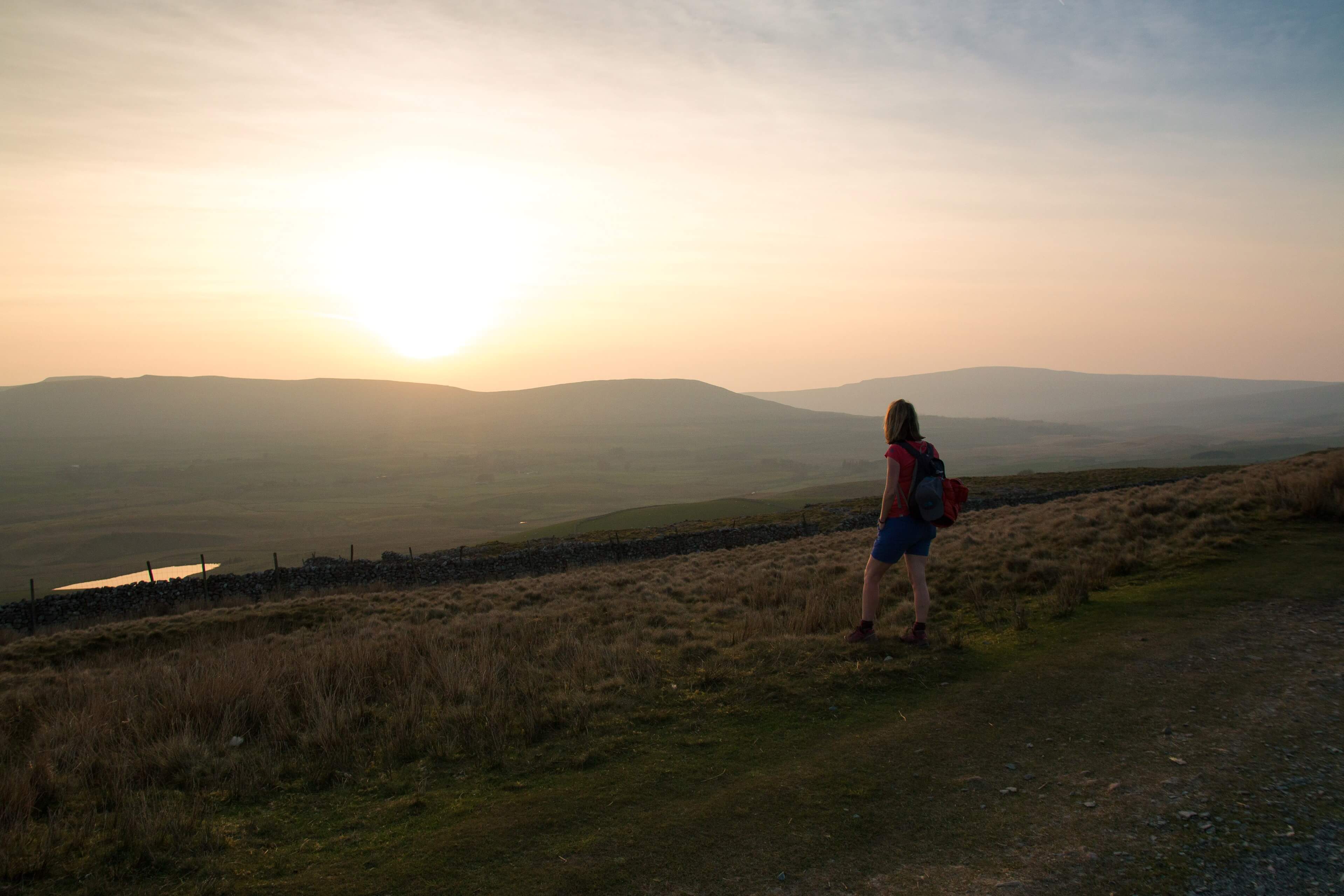 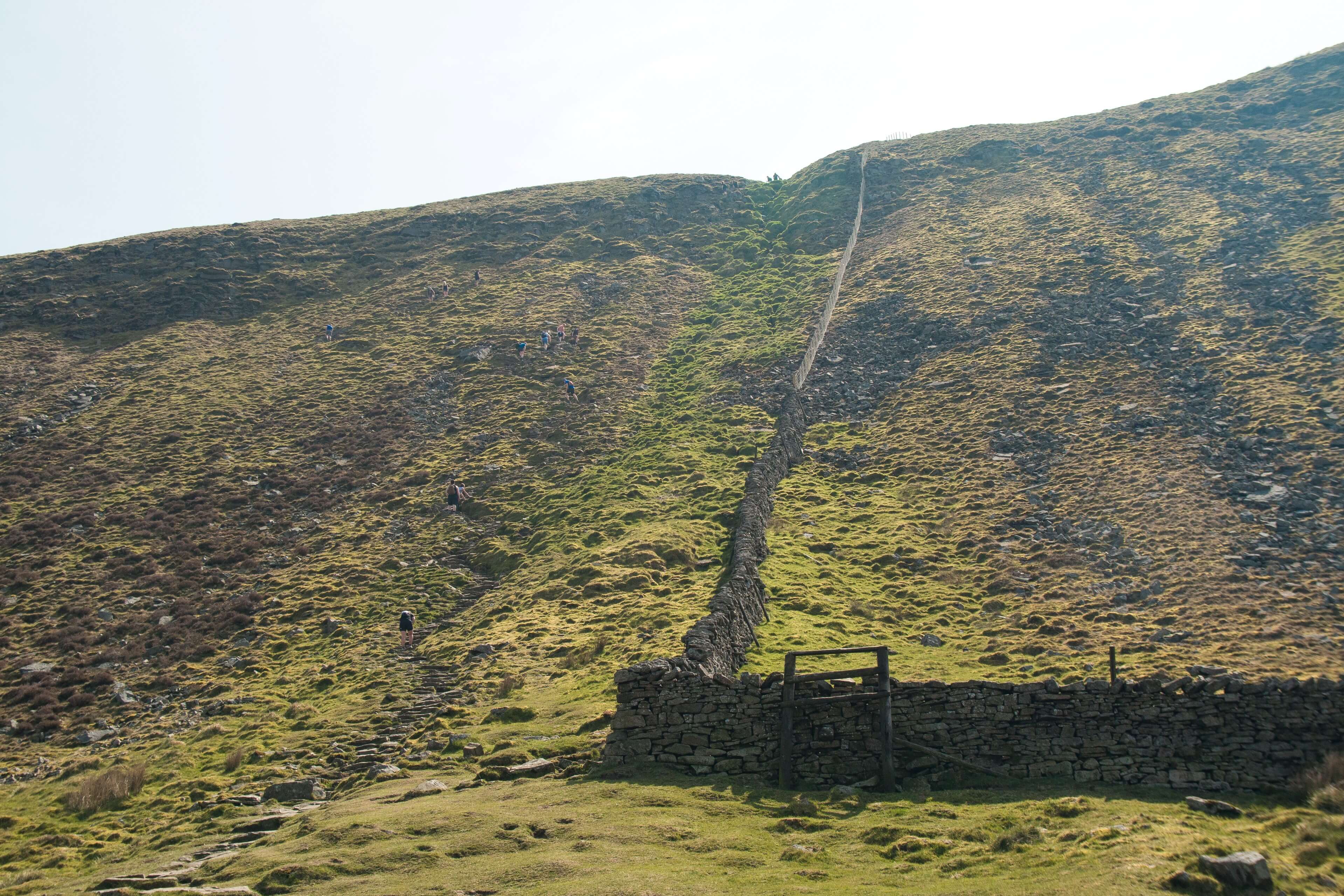 The Stairs To Ingleborough 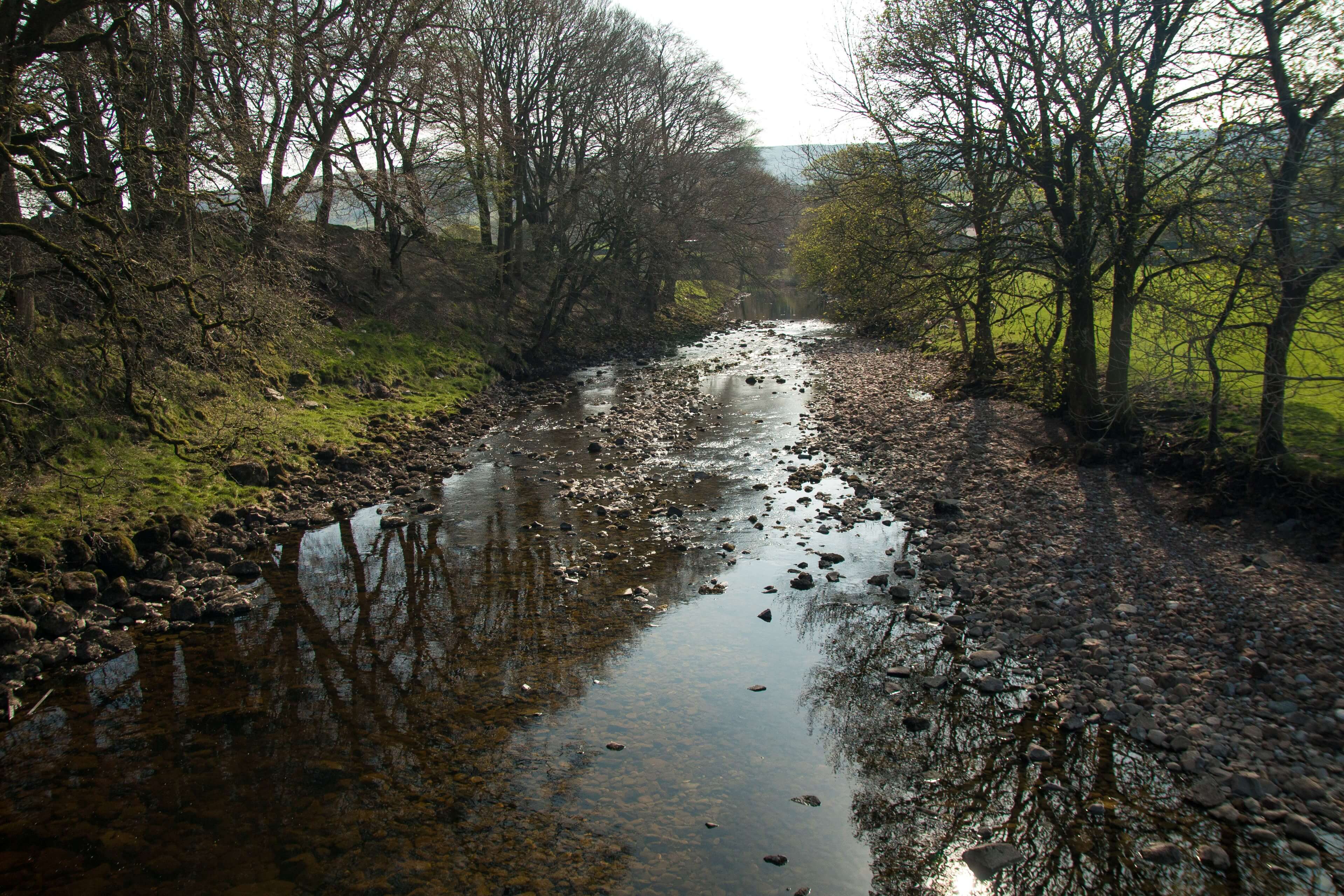 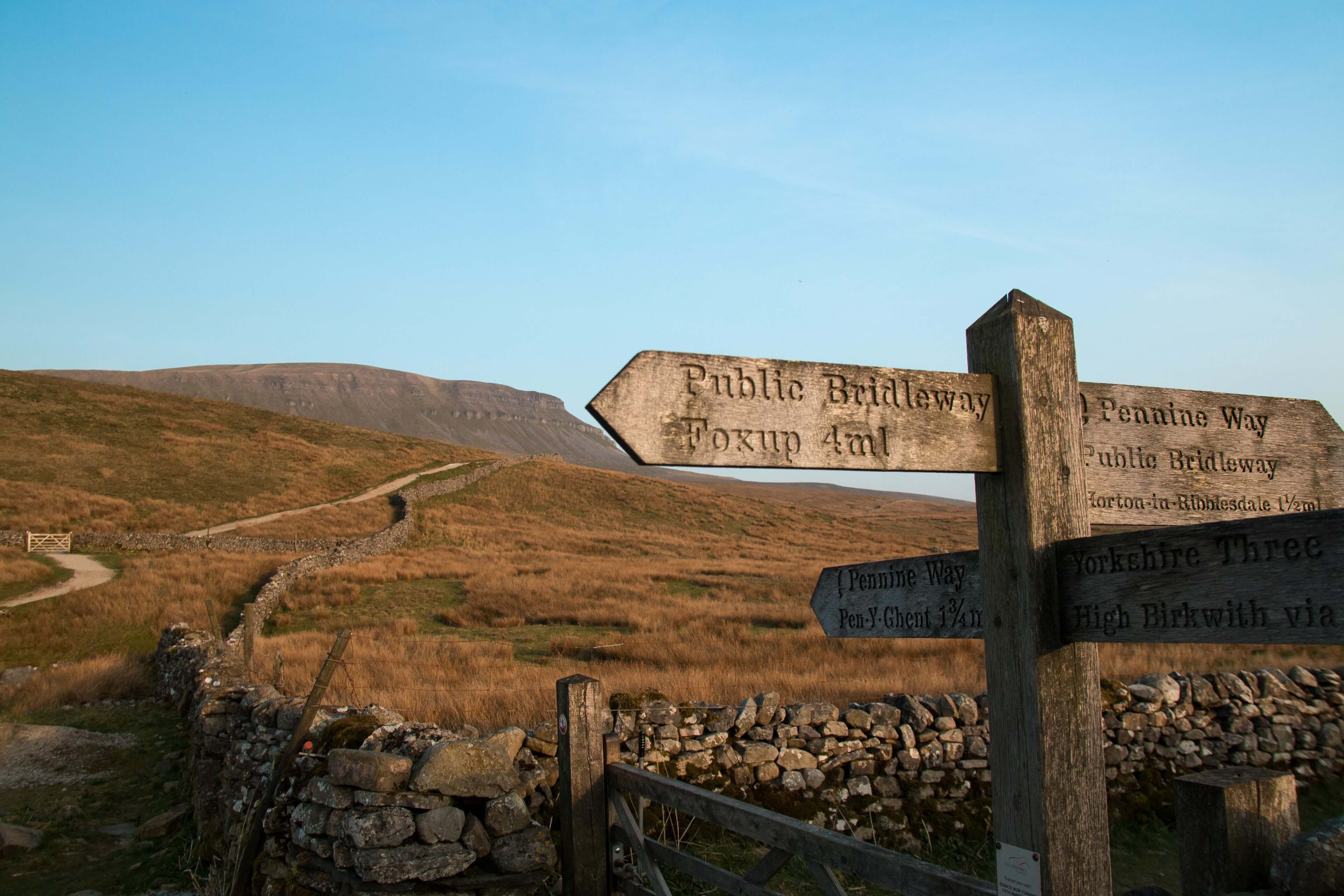 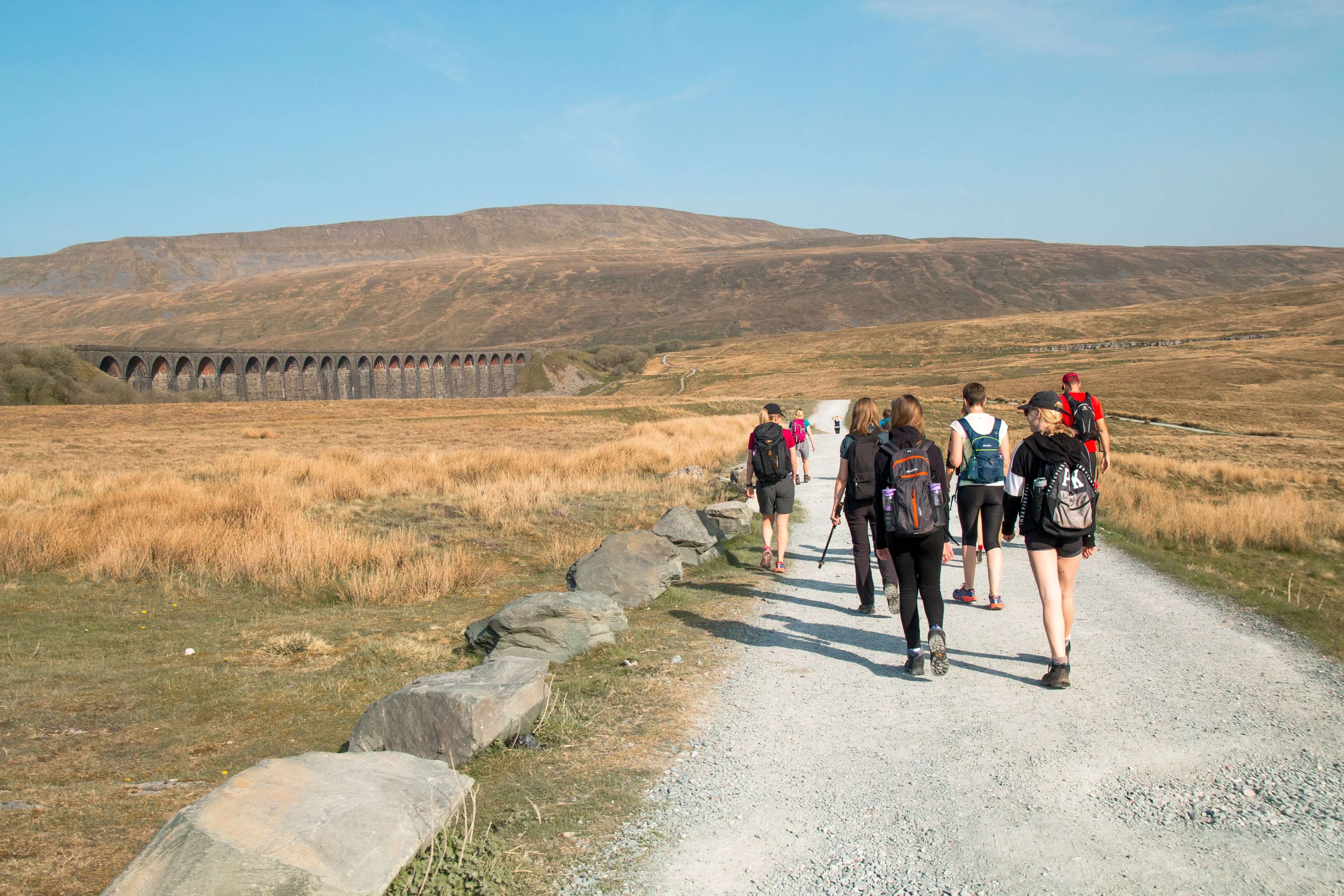 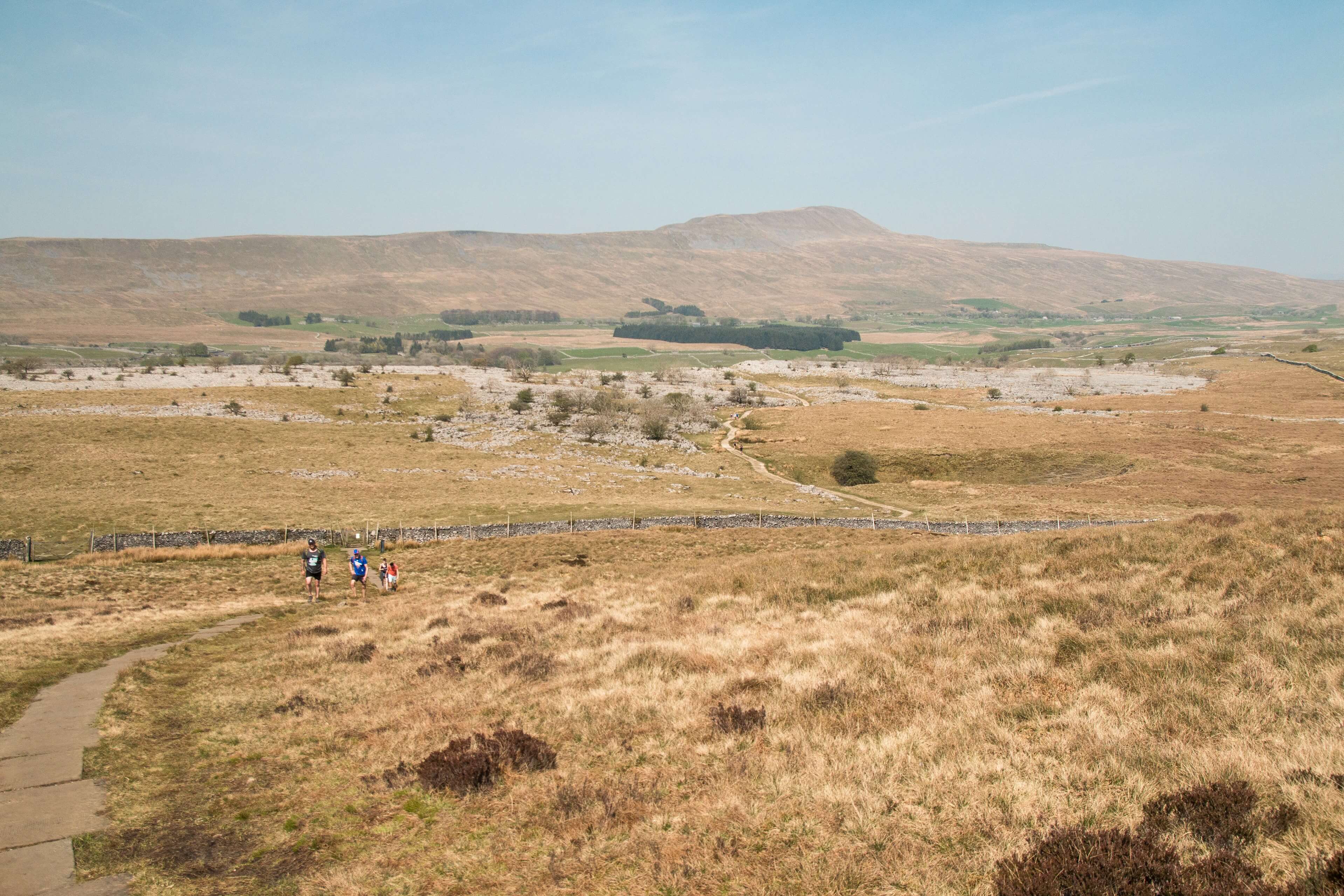 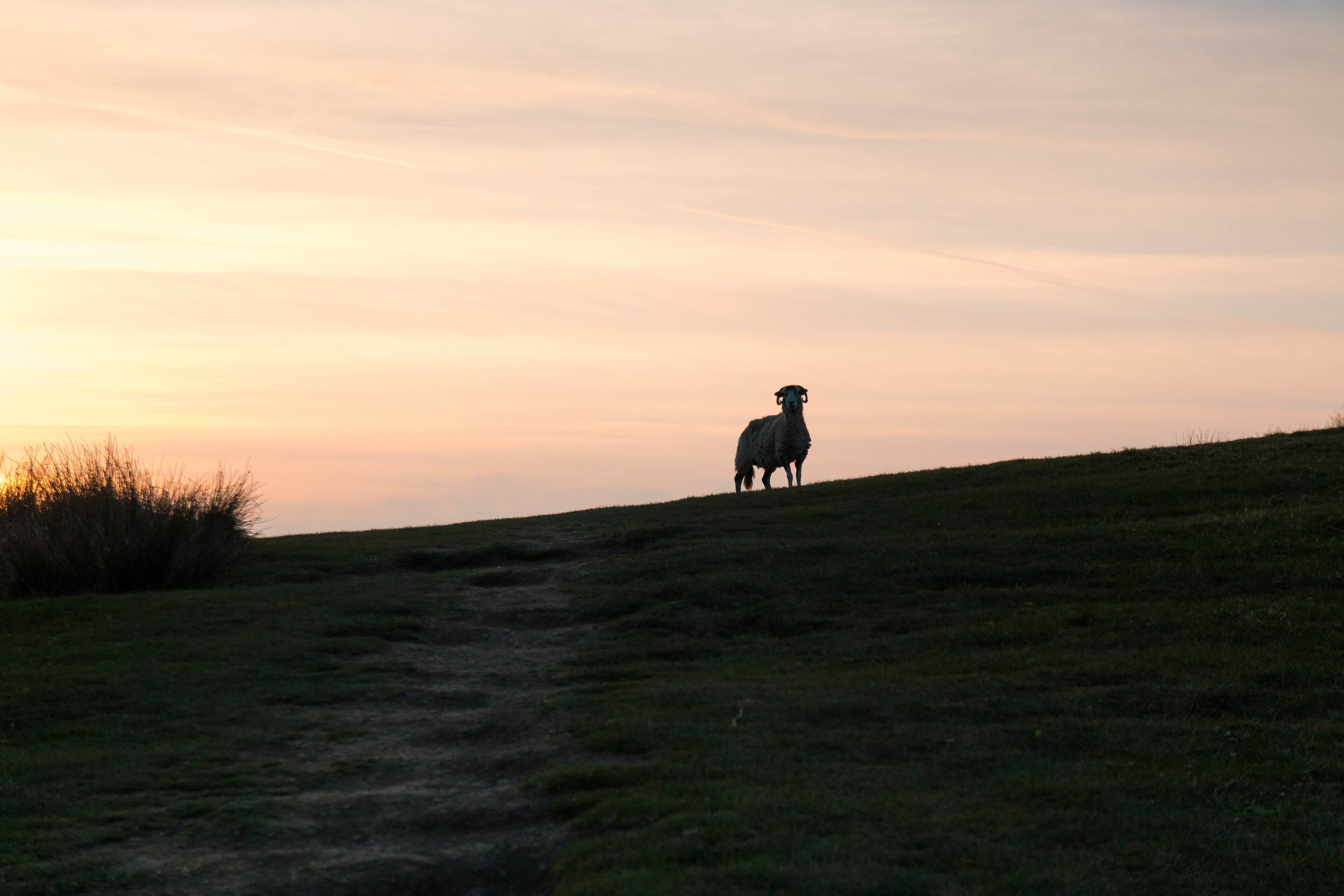 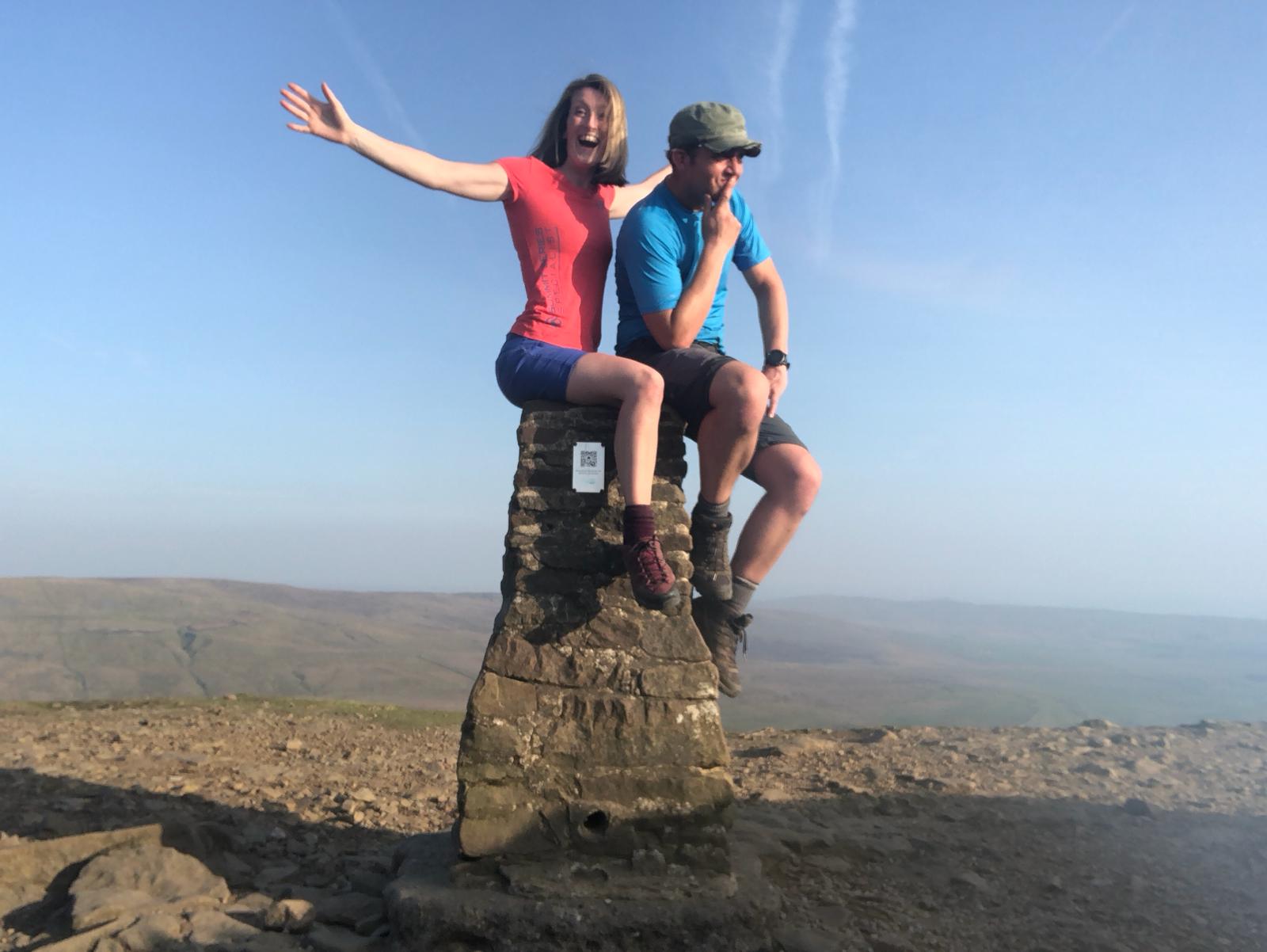 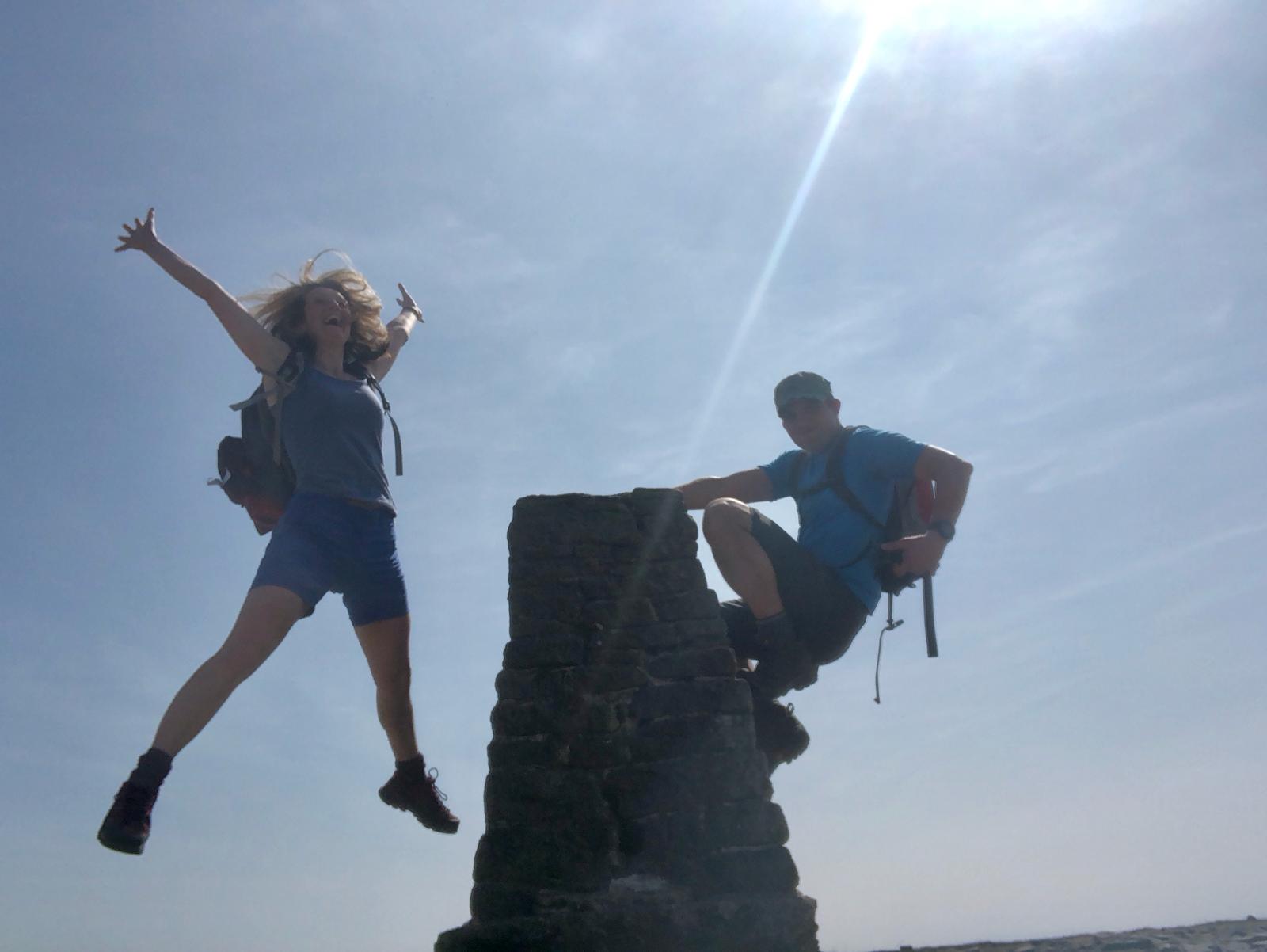 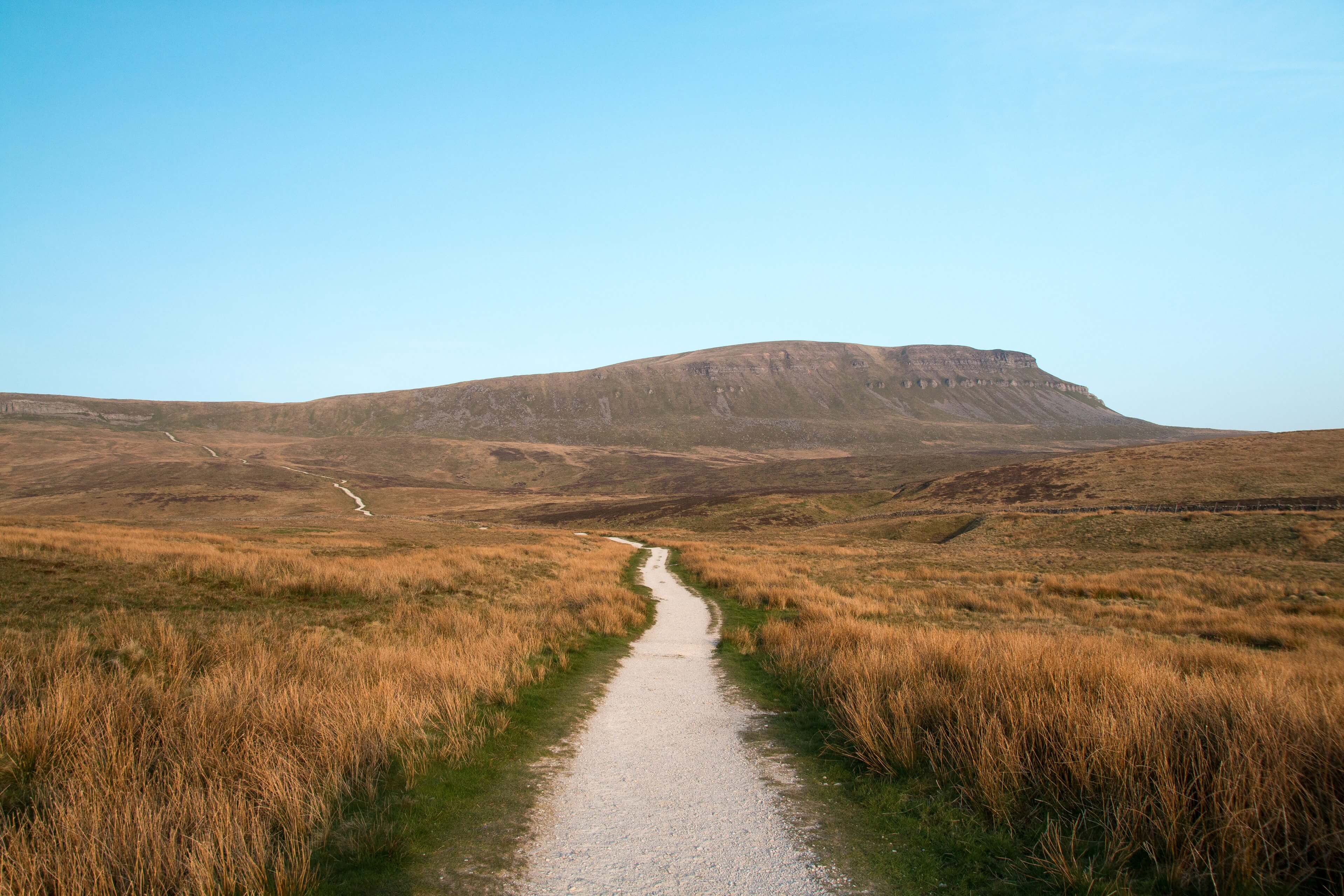 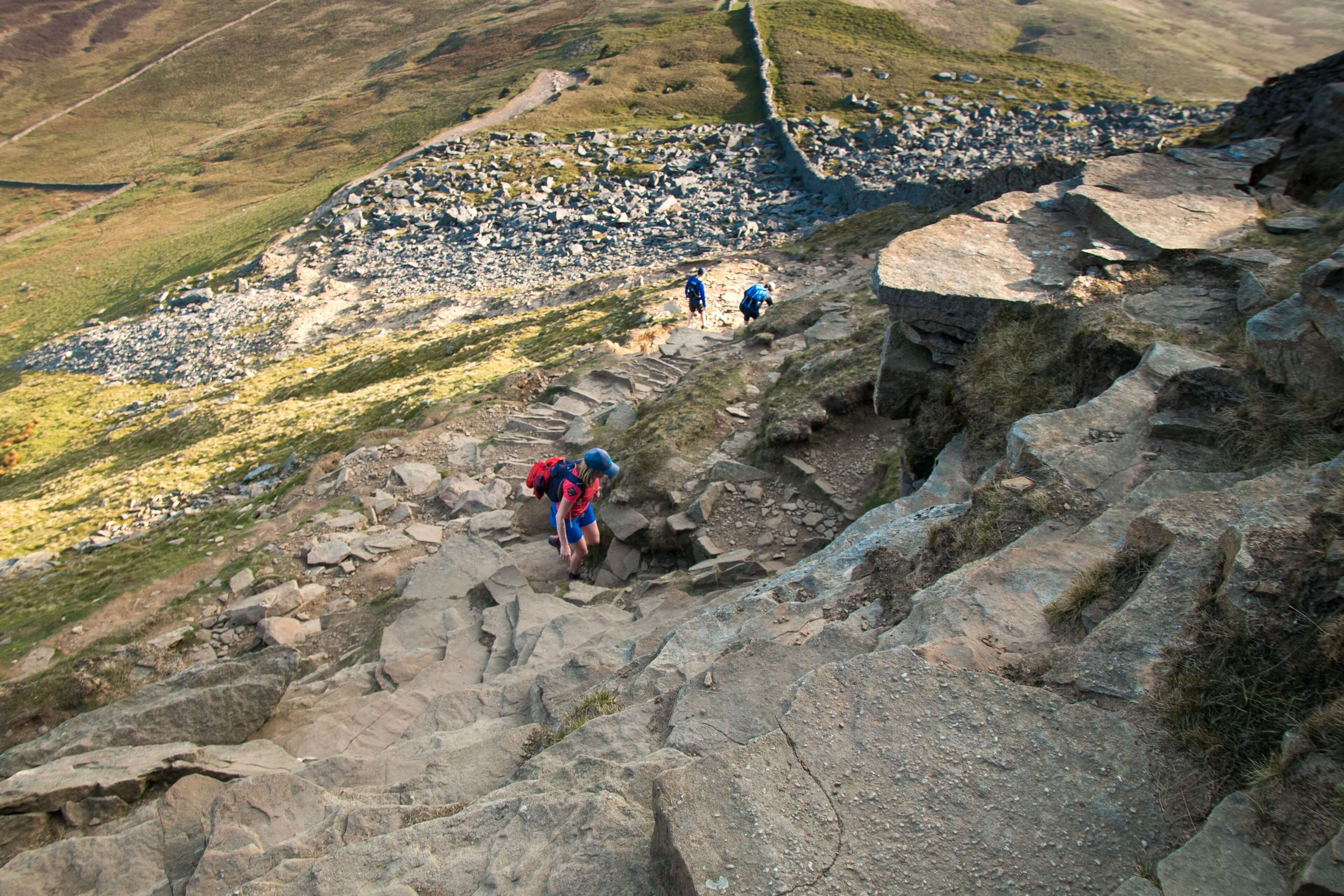 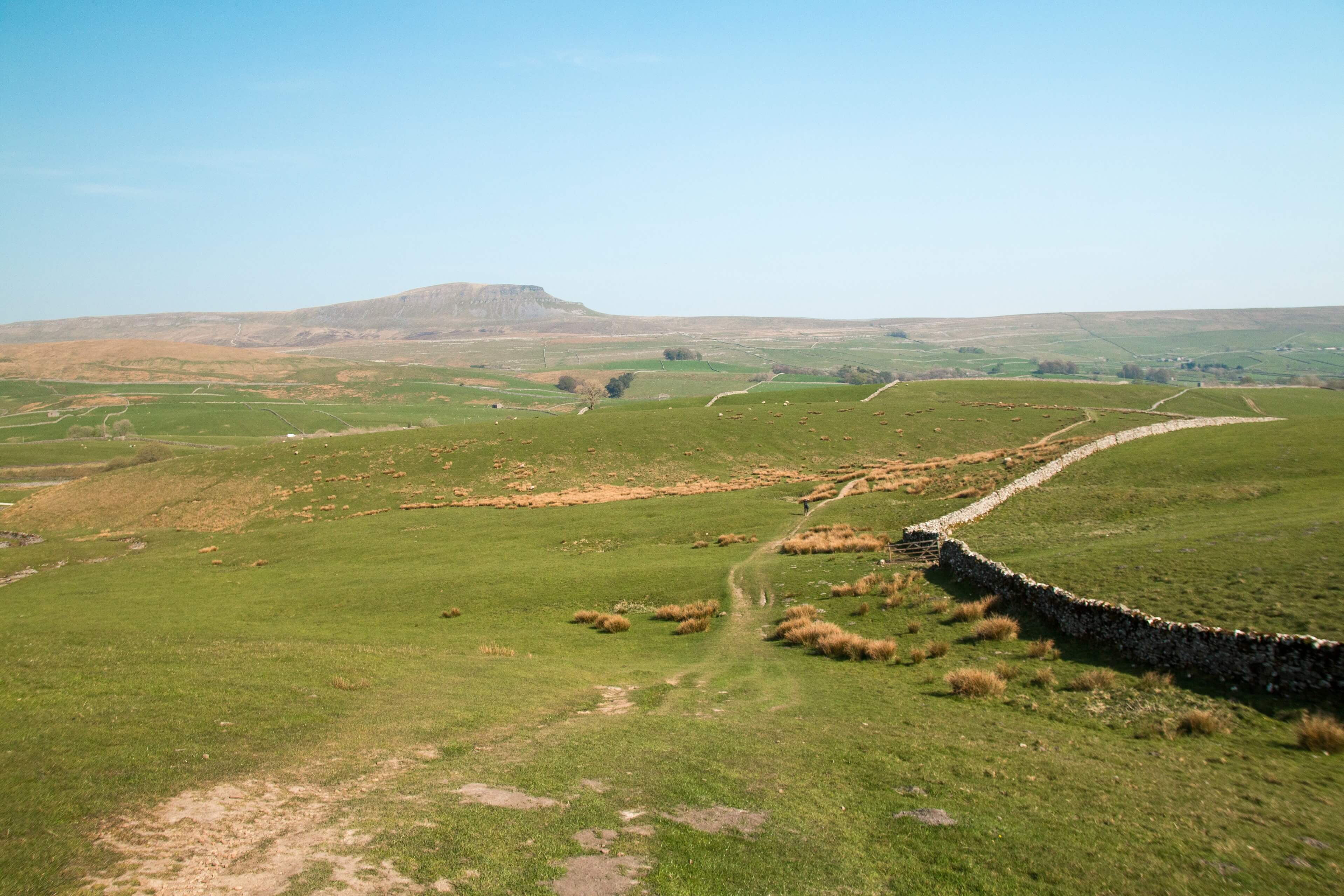 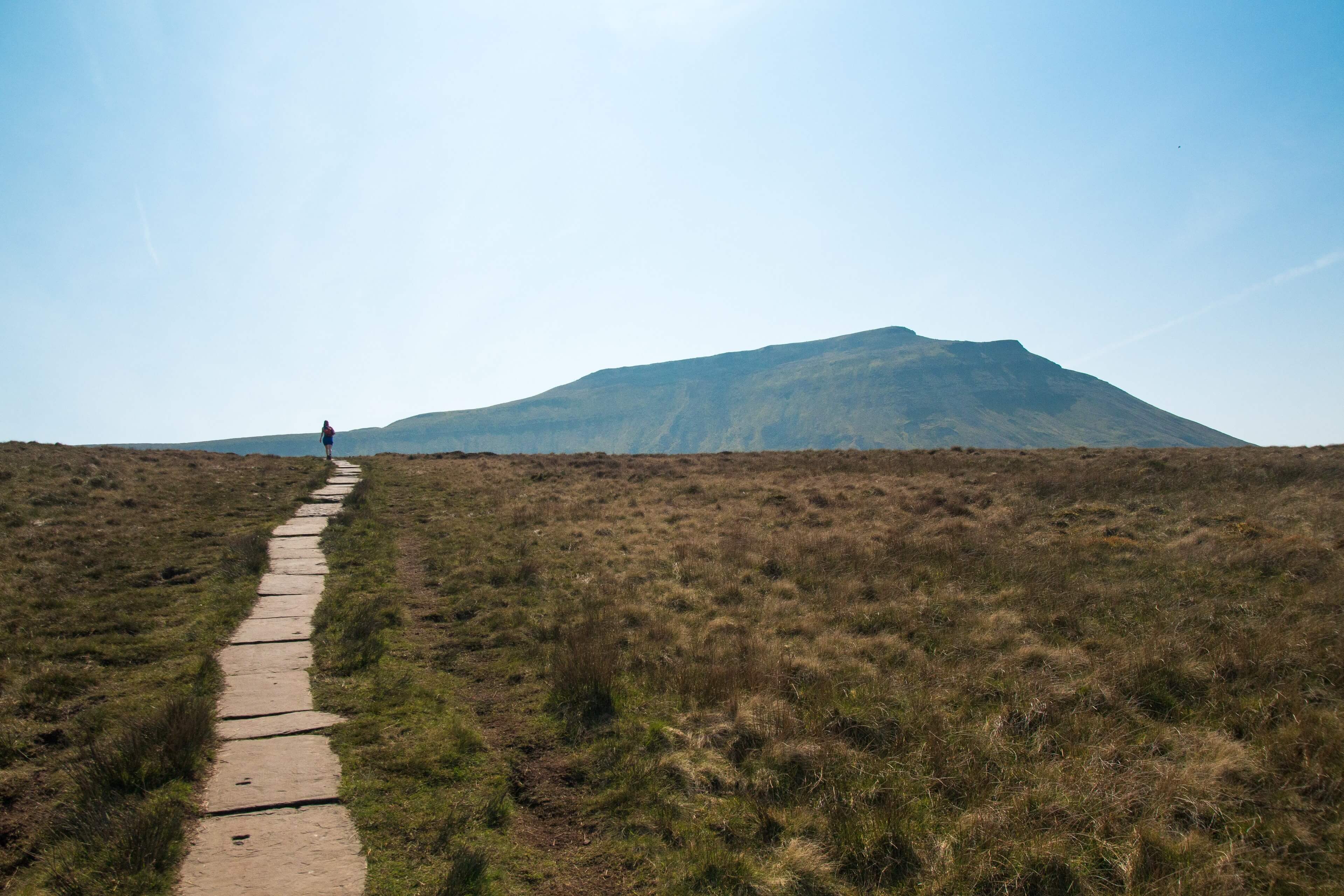 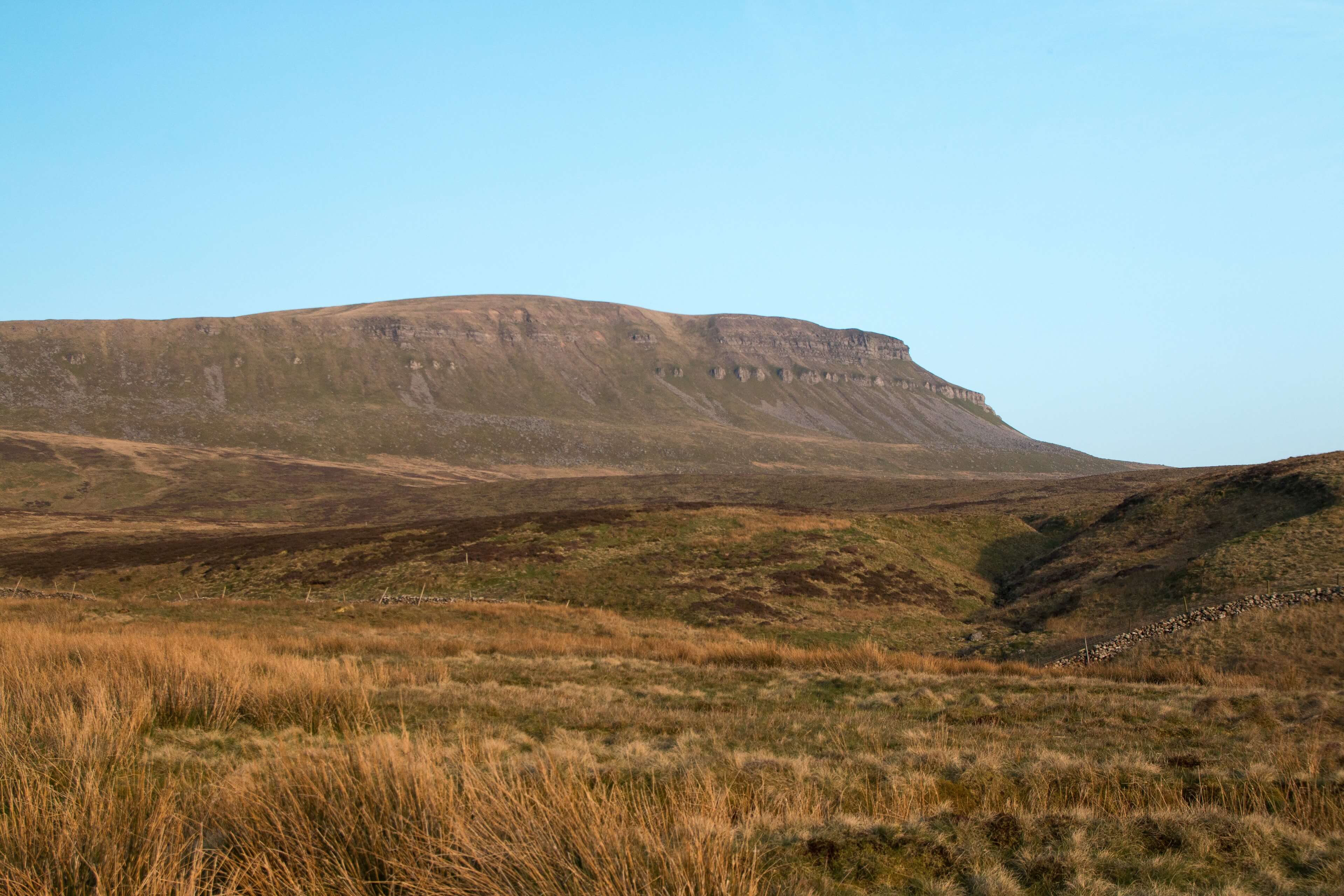 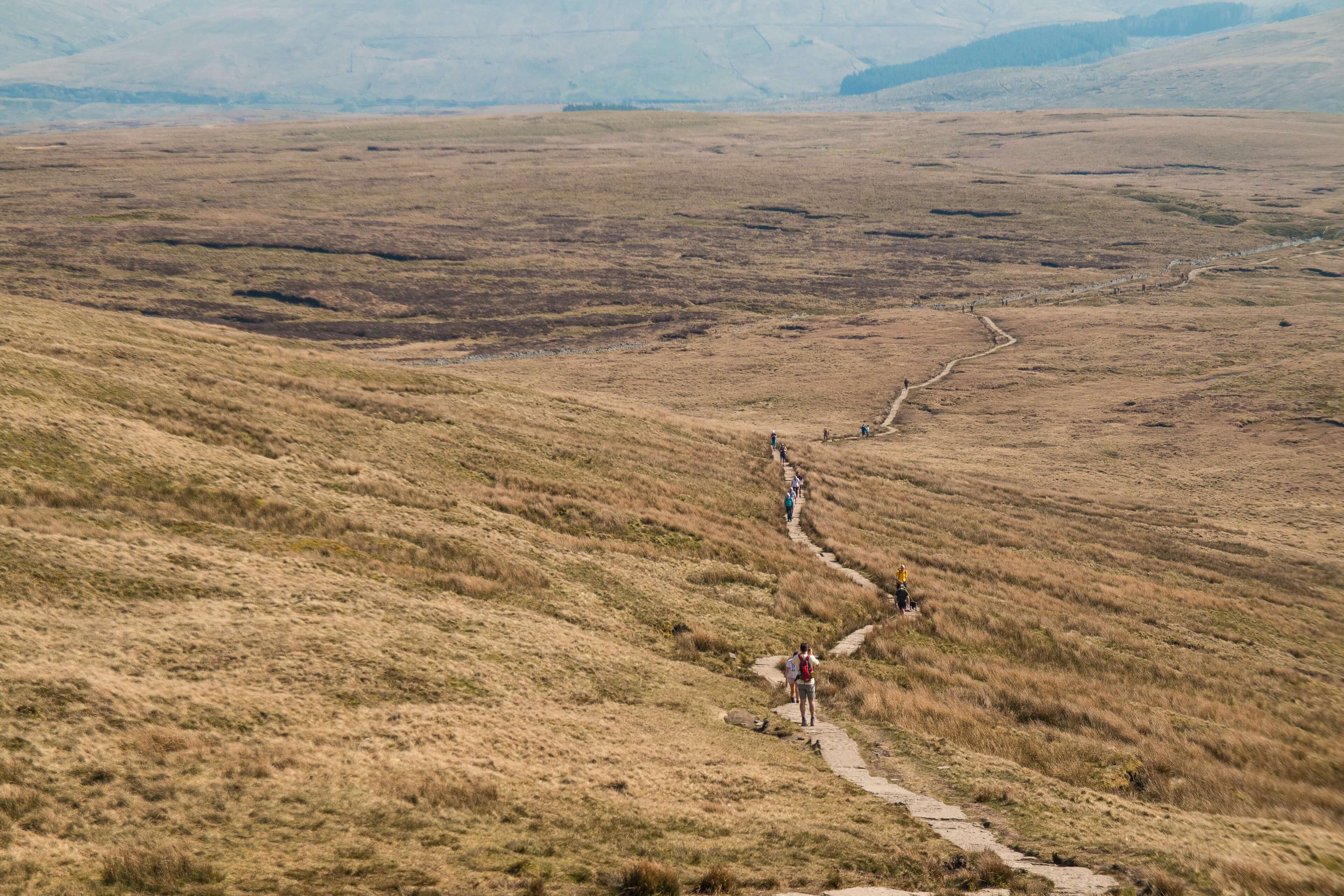 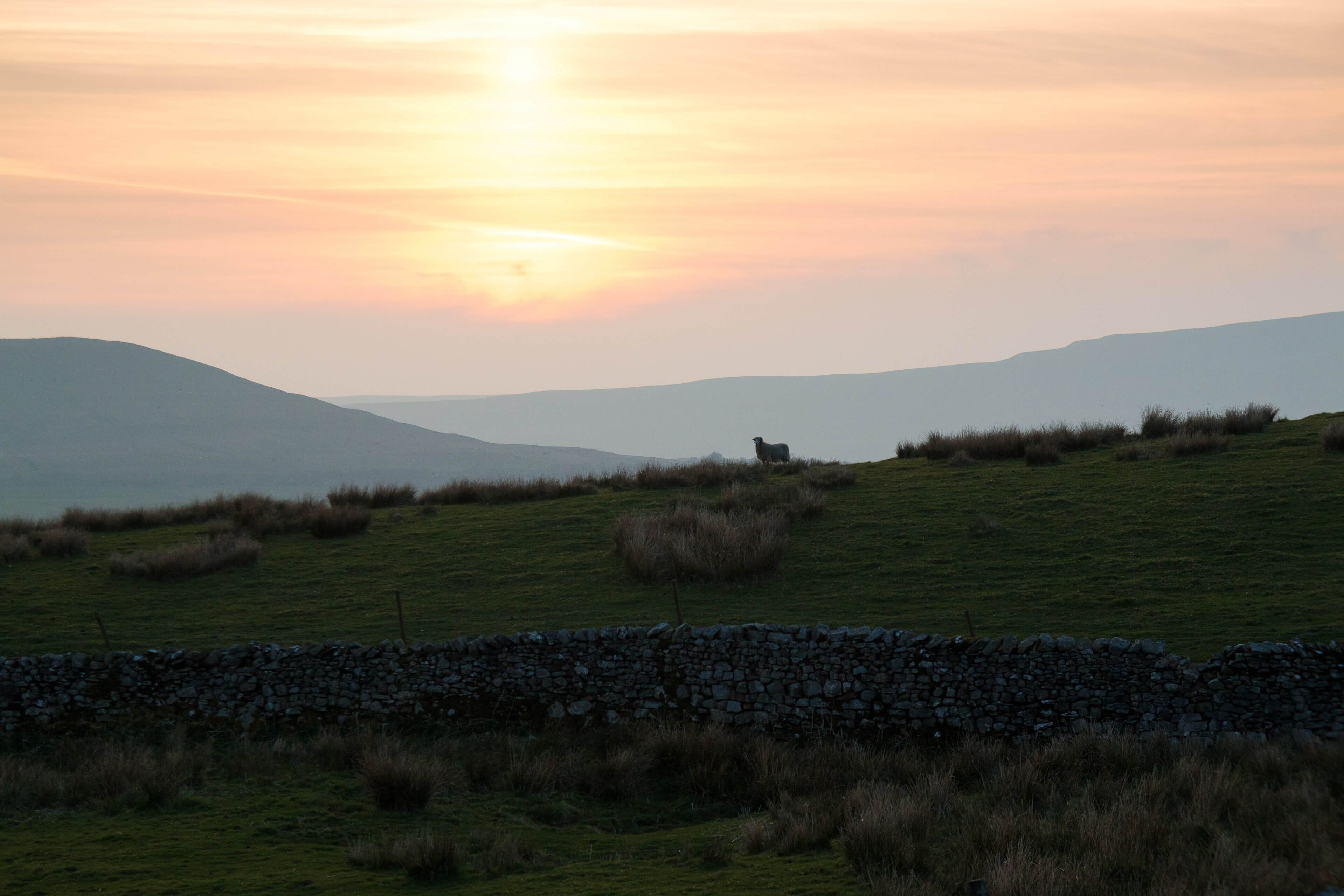 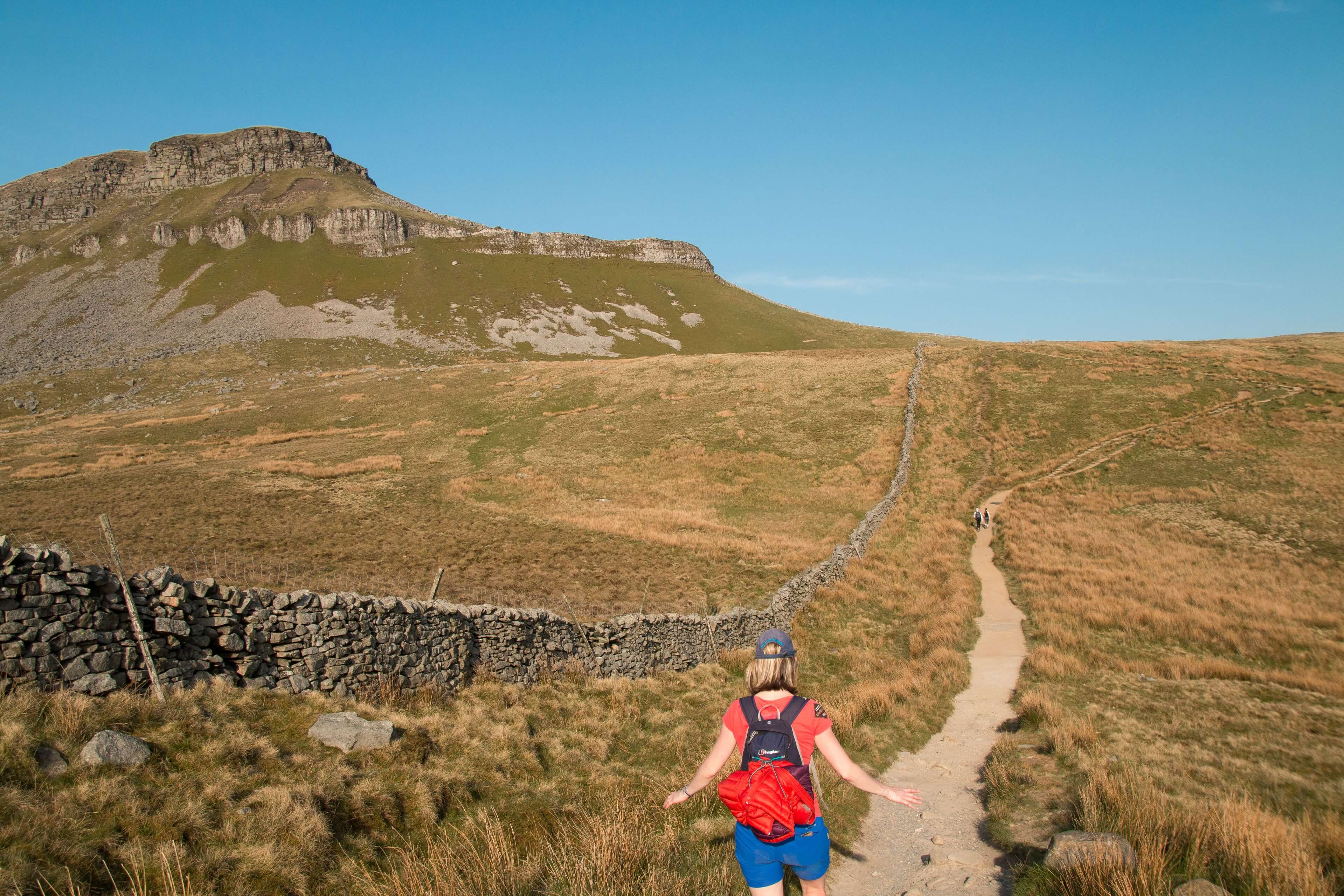 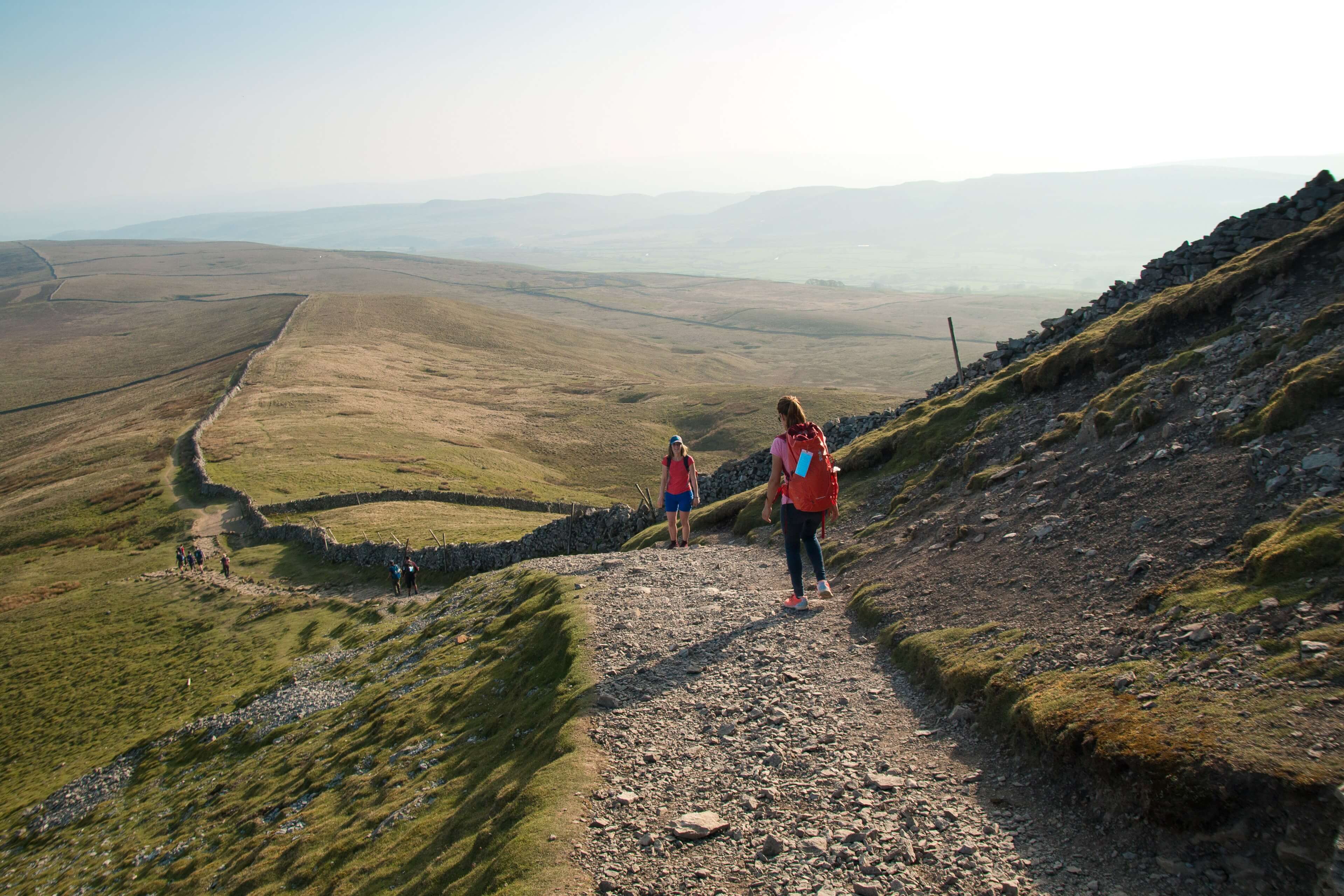 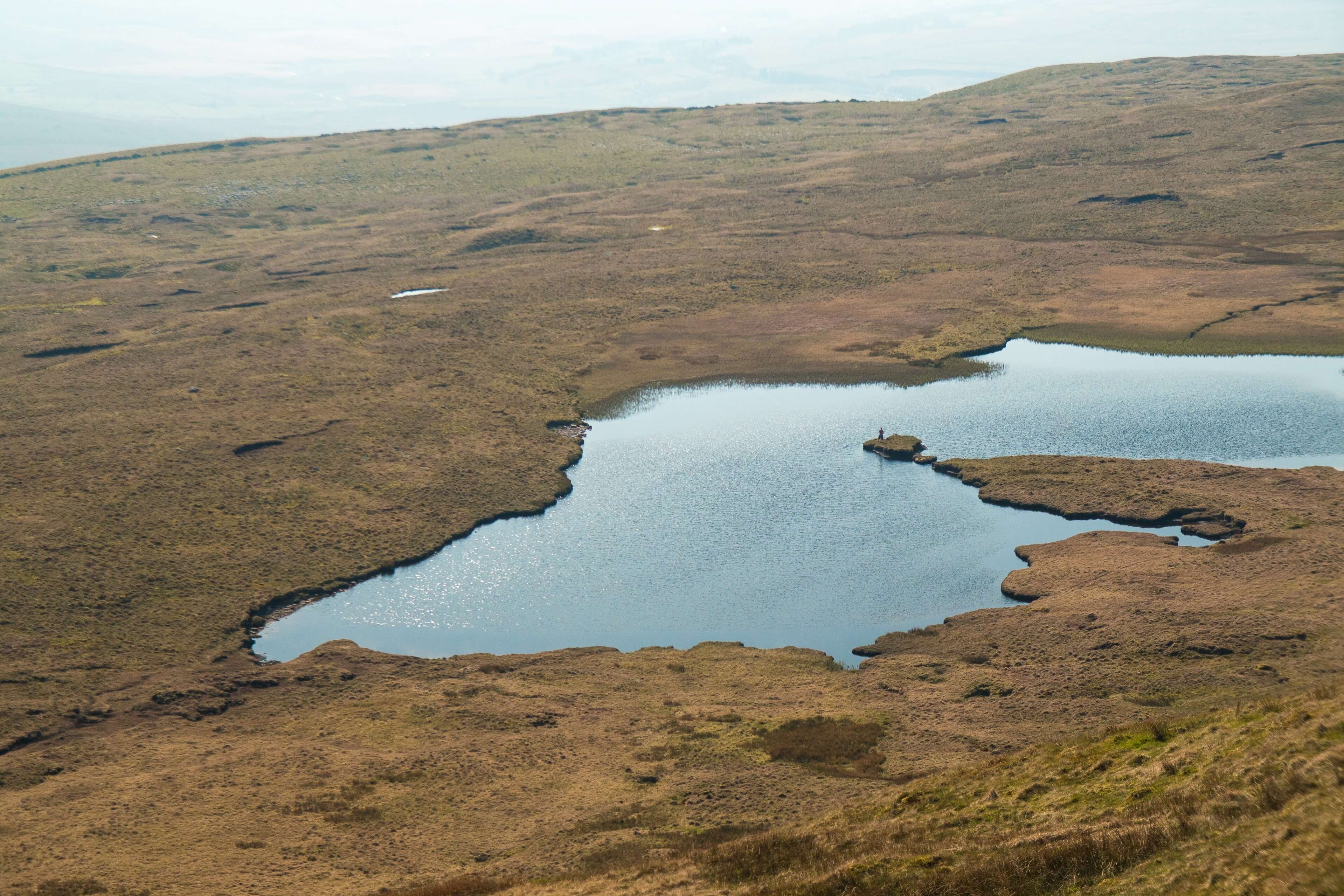 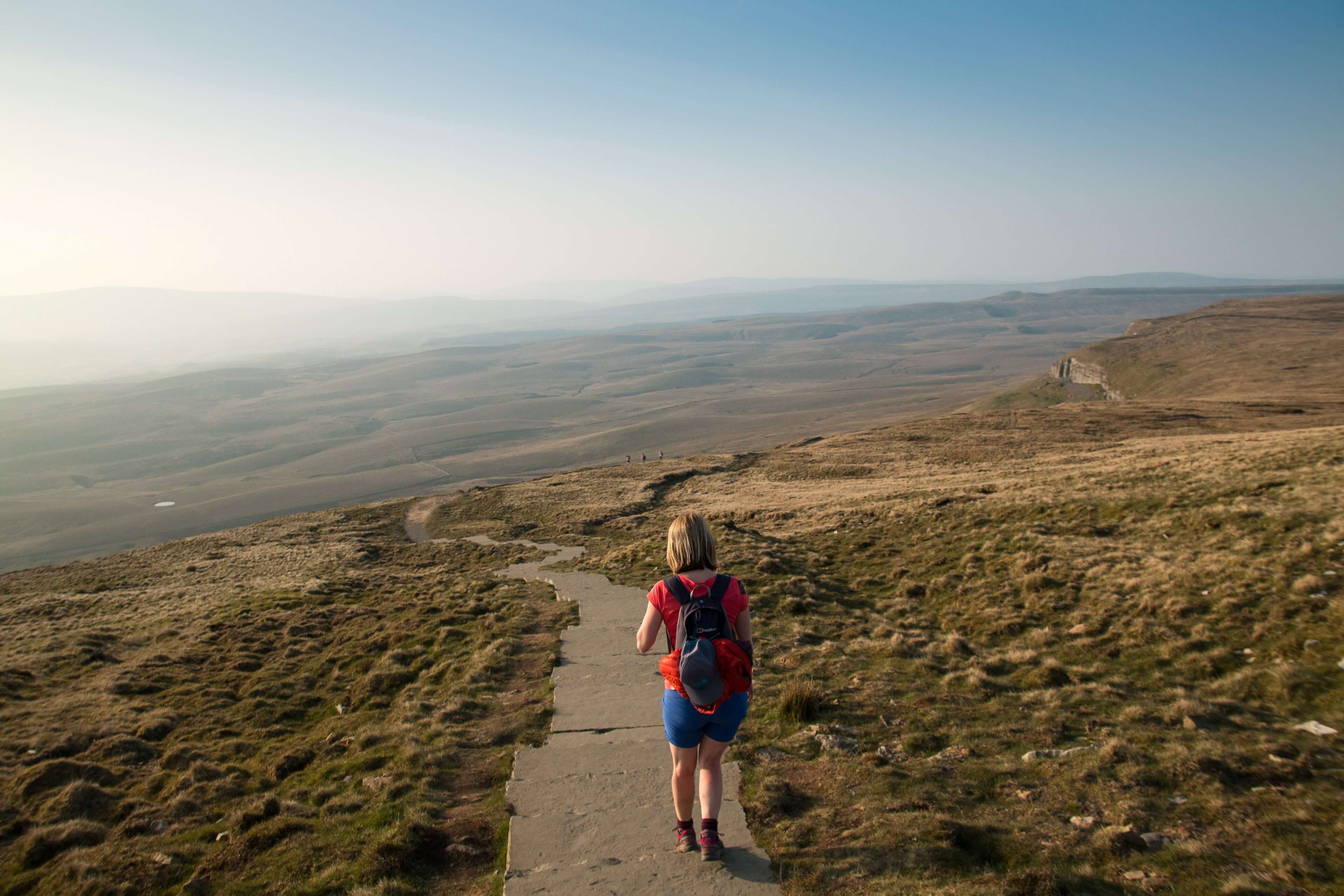 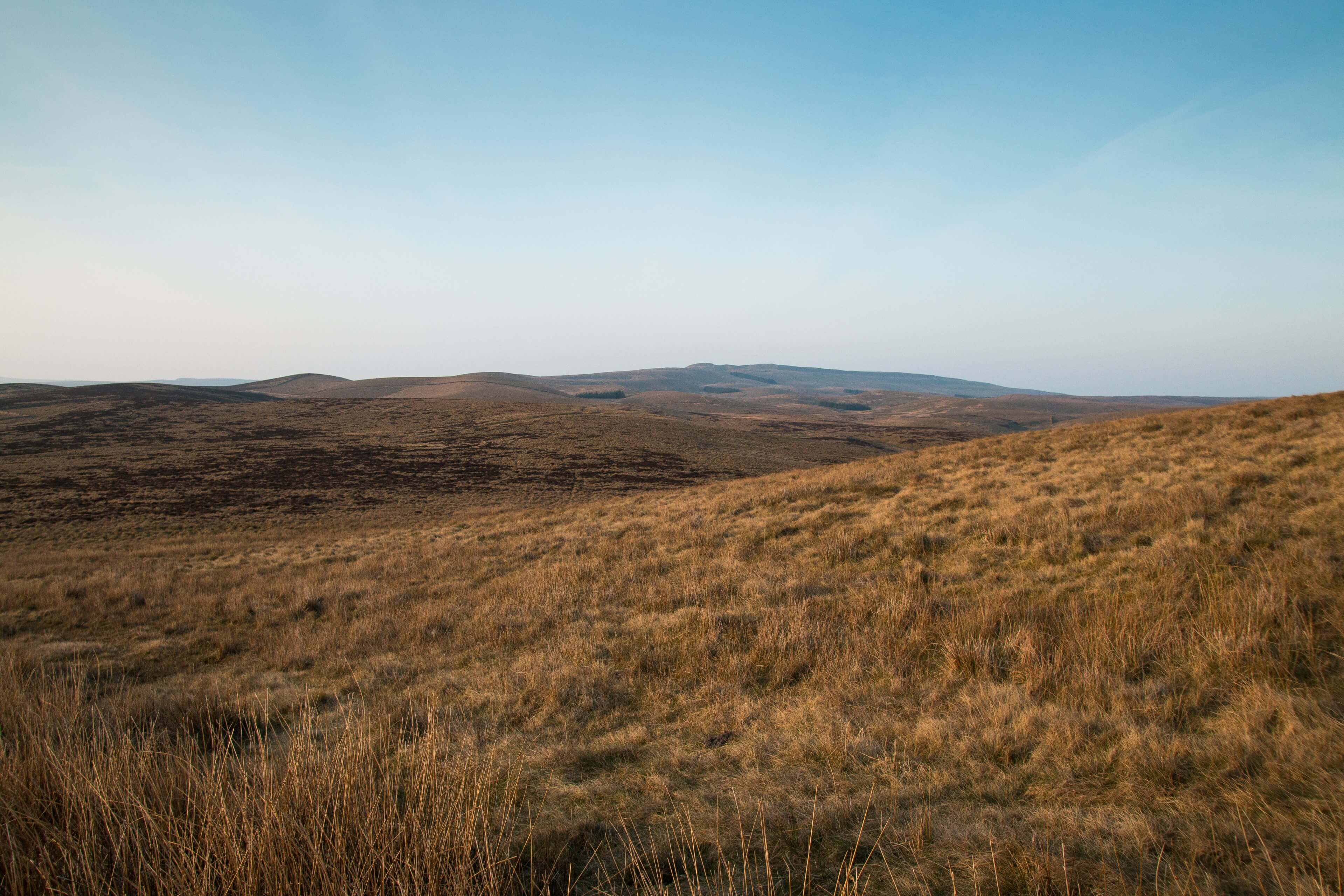 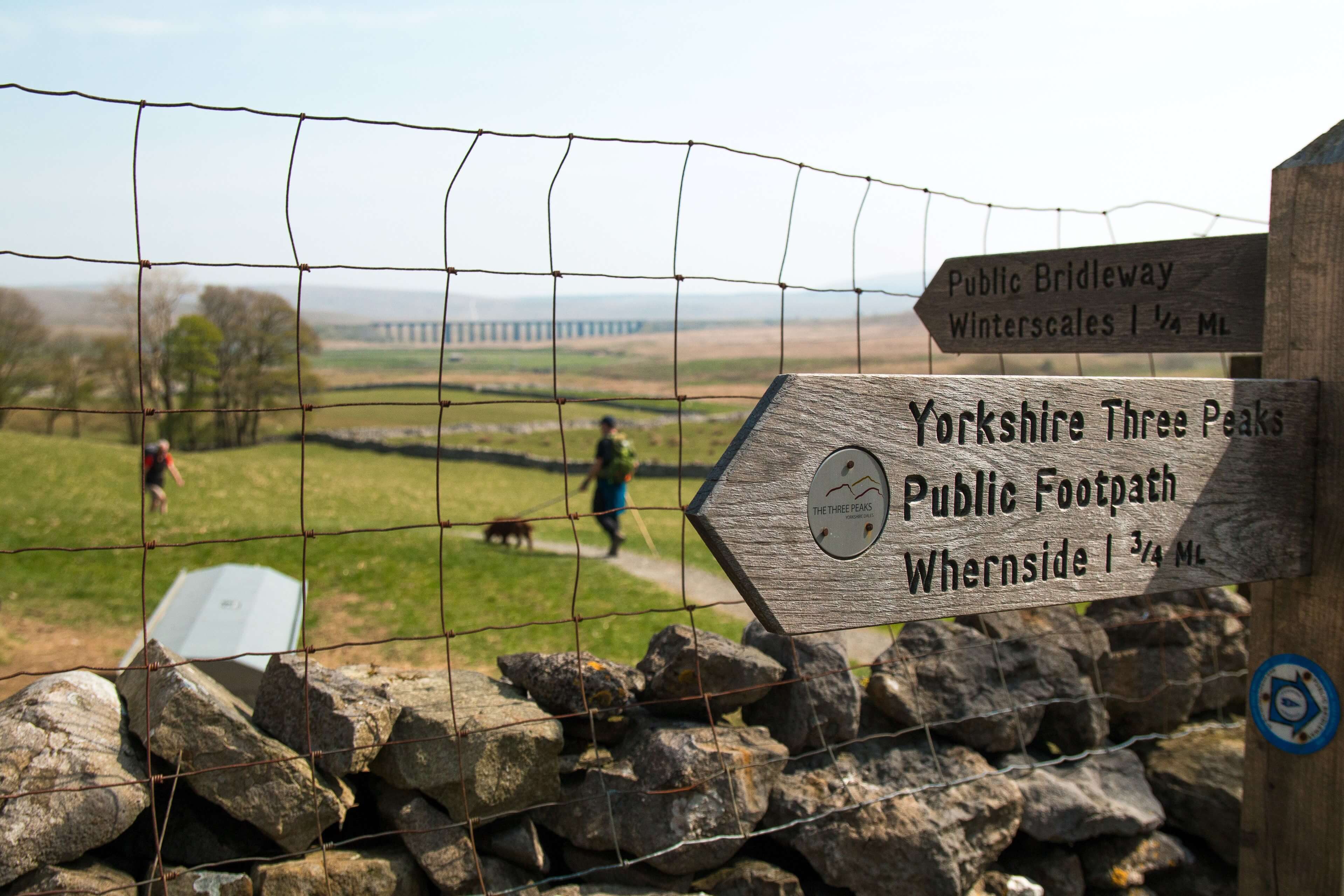 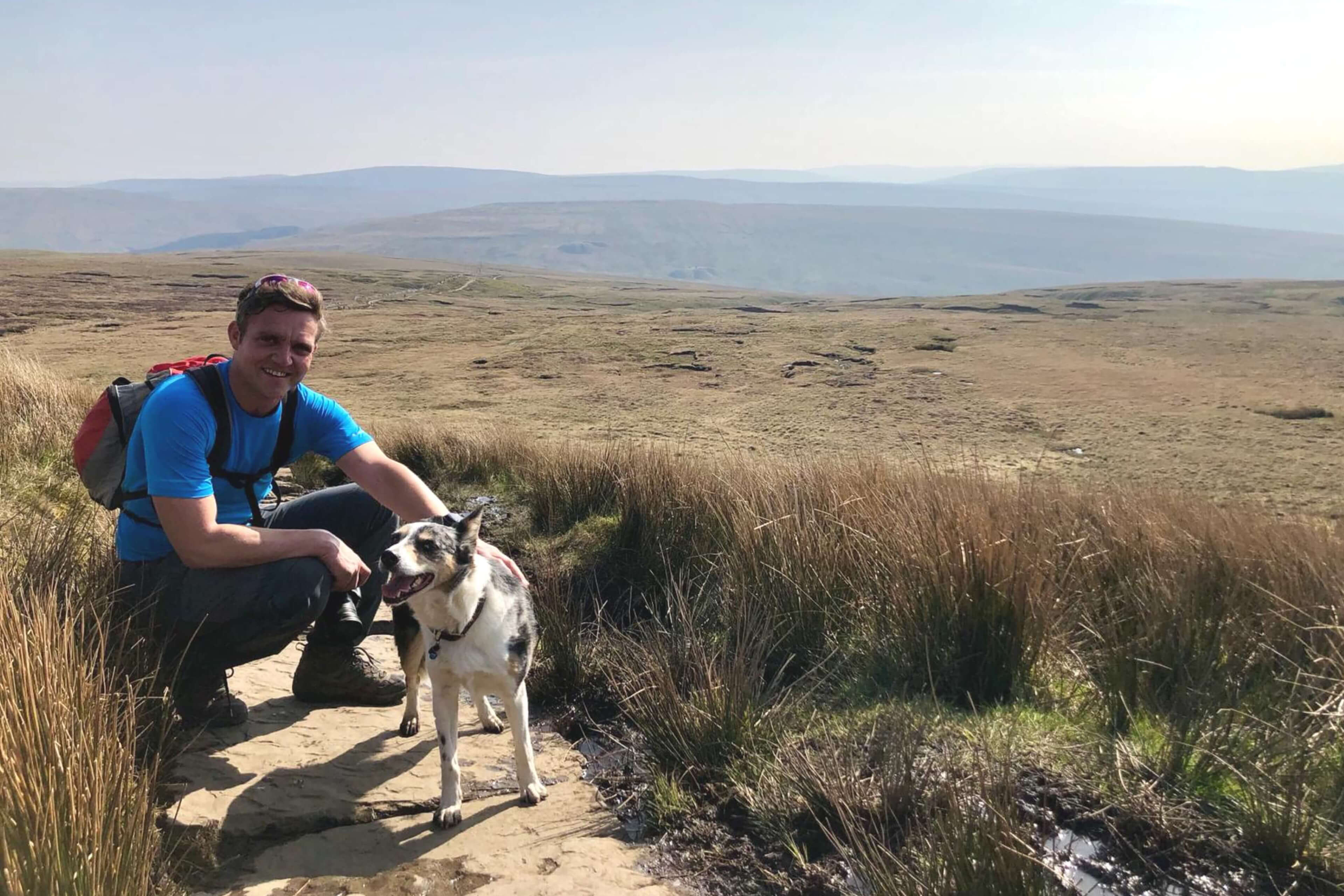 Me and Doggo Friend 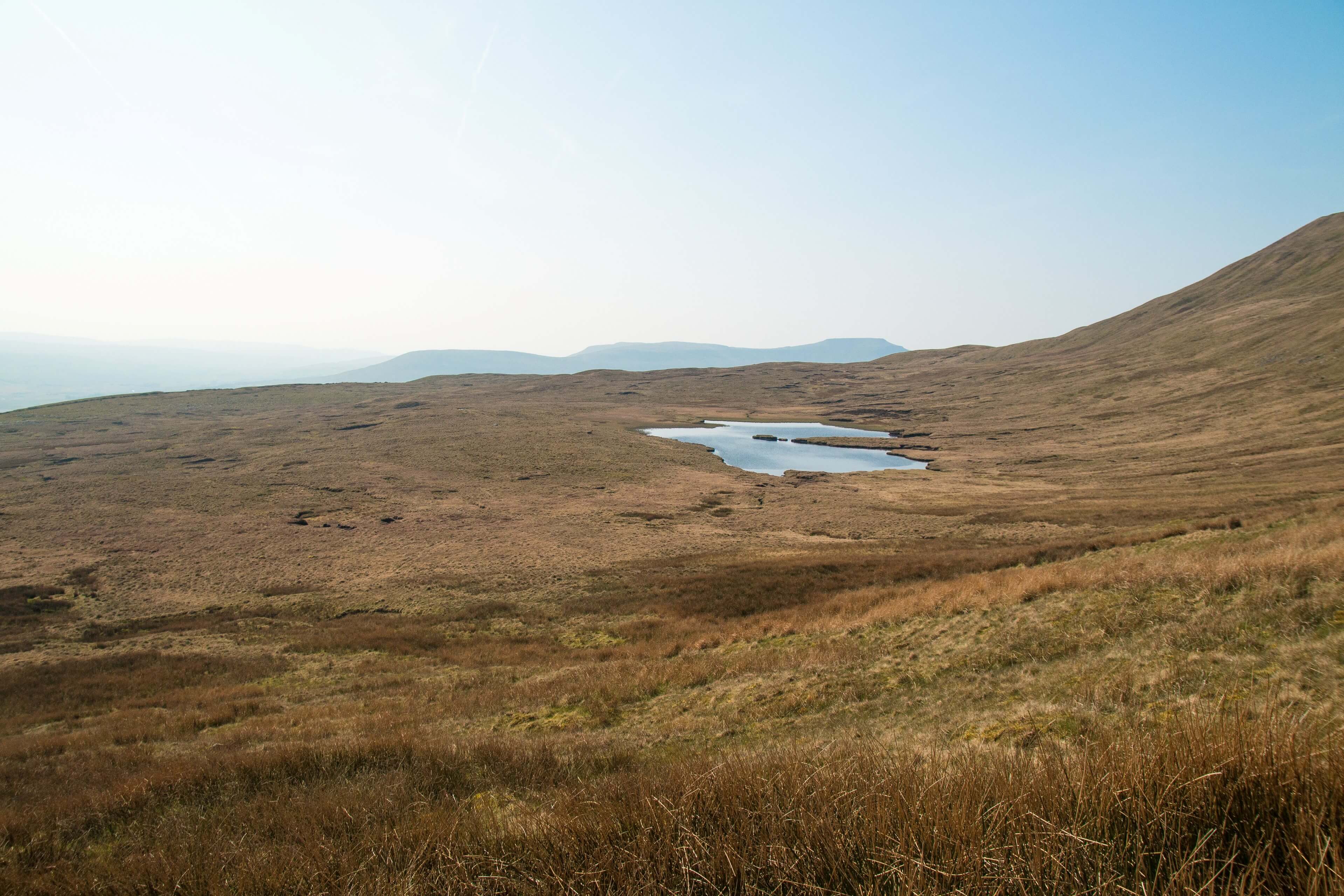 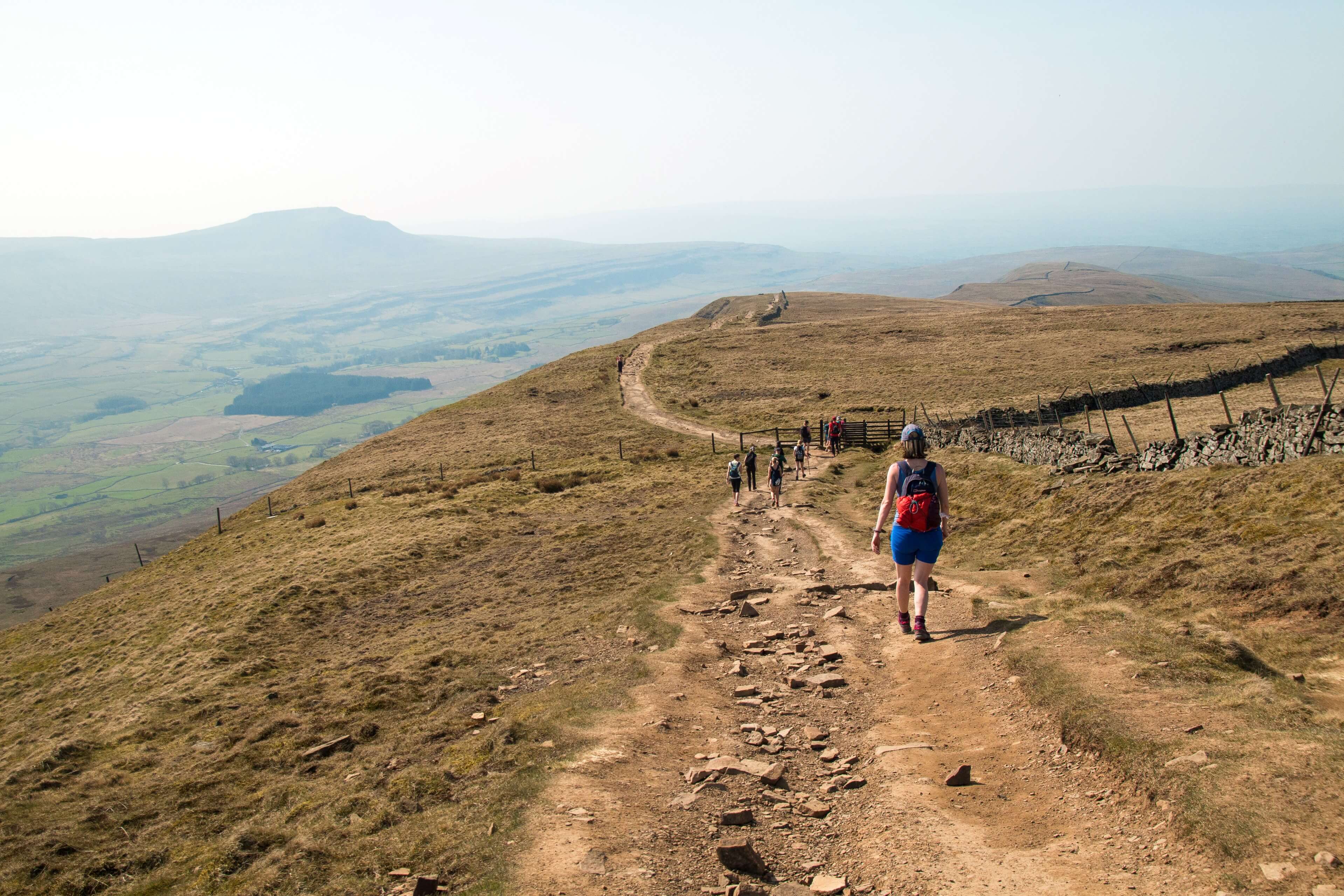 Along Top Of Whernside

The Yorkshire Dales 3 Peaks Challenge. 3 Peaks. 24 miles. Under 12 hours. Sounds fairly simple right? Well I thought so but when you walk it in 25 Degrees scorching heat all day,  what I considered to be a routine hike turned into one of the most demanding walks I’ve ever done. (and I’ve done a lot of challenging day walks) My biggest advice is to make sure you're prepared for the elements as the route is "very" exposed. There is barely a tree and not many buildings on the journey so in my case plenty of sunscreen (if hot), food and lots of water. Oh and of course good fitness helps. (but not completely necessary if time is no issue ha)

I had done the challenge back in 2012 with a few friends in around 10 and a half hours for a charity event. It was a great experience especially as my love of hiking was still in its infancy. I remember my legs were pretty sore immediately after and really painful the next day! Luckily I’m a bit of an ultra-trail runner these days so the legs handle such distances easier with minimal post aching pain. Oh and forget, it helps taking salt tablets too!

So why do it again? Well who needs an excuse when someone like "Superwoman” Chris (aptly named by her friends) asks you to join her in an adventure. After doing a few recent hikes with Chris in the Lake and Peak District I knew it would be a good fun day out so eagerly agreed. The original plan was to do in mid-March but bad weather cancelled that and in hindsight you would have to be extremely rapid in order to do in winter daylight hours. So Easter bank holiday Saturday was decided as the next attempt, yes that really hot lush weekend we had. It’s actually hard to remember with this winter vibe the UK is currently experiencing. (who else has got their heating on?)

The Yorkshire Dales is a 5 hour drive from me (I’m based in southern England) so I left at 3.30am to get to Ribblehead for 8.30am where I met Chris at the Station Inn Pub.  (we were staying at the bunkhouse there so the pub was cool with leaving the cars there for the day) I stopped in the town of Ingleton on the way and to my delight discovered the best bakery I’ve ever been too. (and need to visit again!) We were very grateful for the energy of a couple of huge muffins (I mean huge) on the first peak that’s for sure!

Ok so the trail itself winds around the Yorkshire Dales ascending its 3 highest peaks, Whernside (736m), Ingleborough (723m) and Pen-y-Ghent (694m). You pass through one main town being Horton-in-Ribblesdale (being the official starting point) and past a couple of pubs dotted along the way in Ribblehead and Chapel-le-Dale. The rest of it is wide expanse of moor countryside with a scattering of old farms and footpaths. Some of these farms are very old indeed and we learned that many are inhabited by reclusive farmers who stay clear from the hordes of walkers that now take the paths every year. I loved some of these farm buildings although we walked past most of the really old estate houses when it was dusk and a bit too dark and to photo, and may I add extremely creepy!

The beauty of walking this circular route is you can tackle it in a few different variations. You can choose 3 starting points. Horton in Ribblesdale, Ribblehead and Chapel-le-Dale. Then there is the direction of travel so effectively 6 different variations. I would probably say Horton is the best route to start if you want the last stretch to be as simple as possible as from Ingleborough the route is all downhill back to the village. Our last leg was from Pen-y-Ghent back to Ribblehead which is a very long last stretch  through the most typical "moor"  terrain. However this was one of my favourite parts of the trail as the entire moor was glowing a warm orange as the sun set. It was pretty awesome but then I’m a massive fan of places like Dartmoor and love moorland in sunny summer weather. (not so much in fog and rain ha)  One thing I certainly did notice on this final stretch was the amount of gravel paths that have been laid the last few years. When I done in 2012, it involved more open moorland walking but obviously with the popularity of the challenge, the park authority have laid a lot of gravel paths especially from Pen-y-Ghent to deal with the increased amount of foot traffic. You can still go the cross country moors route and I recommend it however it was late in the day for us so we wanted to make sure we got back and not lost! )  I chose to start us at Ribblehead to be different this time plus it was handy having the bunkhouse and pub there. Also its right by the most famous landmark on the route, the Ribblehead Viaduct which is a cool old brick arched train line, built in 1869. Apparently 100 workers died building it!

Now one thing we paid no interest in was the 12 hour time challenge. The idea was just to go walk and enjoy, no pressure on time. As long as we got back to the pub for food and drinks then that was all that mattered! (I mean why rush through great countryside?) However in the end we were just shy with 12 hours 19 minutes, but this included maximum relaxing at each of the peaks and obviously Chris's favourite pastime, stupid funny photos at the trig points. I mean there must have been at least 15 minutes dedicated to this at 2 of the 3 peaks! Also allow for ample time taking other groups cameras for their own trig shots!

Whenever you do this walk and whether alone or in a group you will always be around the company of other people. There’s lots of people walking in all directions and the great thing most people are doing the same challenge so are interesting, friendly and like a good chat. One guy walking alone passed us twice. He was literally like a human yoyo running about the moor like a man possessed trying to find interesting points of interest. In all fairness I think he was on an outdoor high and didn’t want to return back to the village. I’ve had that feeling many times before. It’s a great feeling. Also the route is well signposted so it’s unlikely you will get lost unless you are walking in the darkness and have no map or GPS.

12 hours is a long time to go walking and stay sane as well so when the beautiful countryside isn’t taking your attention make sure you engage in some fun riveting conversations such as what sheep do during the nights? Sleep, eat or play? Perhaps go into a rant about how your favourite film franchises (ahem Last Jedi) did not pan out how they were meant to in your head. Or even keep mentioning how hot it is and swear that its getting hotter even though it’s gone 6pm ha! Whatever just make sure you come armed with as rubbish/stupid talk as possible as it makes the adventure more fun!

So we ended up finishing the challenge around 9.30pm, in the dark. Remember your head torches people! Unfortunately the last mile towards the Station Inn in Ribblehead is on the road so it’s a tad boring especially when you are very tired! Also a bit dangerous when its dark.  I’m not quite sure why they have not introduced a path just off the road, obviously farm owned I guess? I’ve really got to thank the Station Inn too as we had passed the last orders on food (9pm) but they were more than happy to put some basic food through the kitchen for us. Ok this was a simple burger and chips but after walking 24 miles (well actually my Garmin watch finished on 27 miles?) it was a perfect dinner, although I don’t think Chris even finished her burger she was so tired. Together with a few beers it was nice to put the feet up and sit there like zombies people watching and trying to attract the attention of the local dogs running riot around the place! The pub is really nice as well and does a cracking breakfast.

The Yorkshire 3 peaks is a great days walk. Its hilly, long and tough but extremely rewarding. Best done with good company but easily done solo too. My favourite section was the ascent up to Pen-y-Ghent (from Horton-in Ribblesdale) as it turns into a small scramble towards the top and basically it’s the most interesting looking out of the 3 peaks. We also had the evening sun across the moors walking this section and the place looked fantastic. That would be another recommendation to people walking on a nice day, try and finish during early evening hours. The later dinner and drinks will be well rewarded with the sunset views. The section I liked the least was the descent down from Whernside heading towards Ingleborough. It’s basically a lot of big stone steps that go on for ages. I hate descending anyway and couldn’t wait to get onto a flat path. I felt very sorry for all the people at the bottom heading up too especially as it was extremely hot at this point! A few trail runners passed us at this point which I want to be my next challenge on my return, to run it. So I think that will be my next visit back, perhaps during the a nice warm colourful autumns day. I’m already excited about the prospect!

If you have any questions about this hike then please feel free to message. GPX route available.