The Isle Of Wight, England 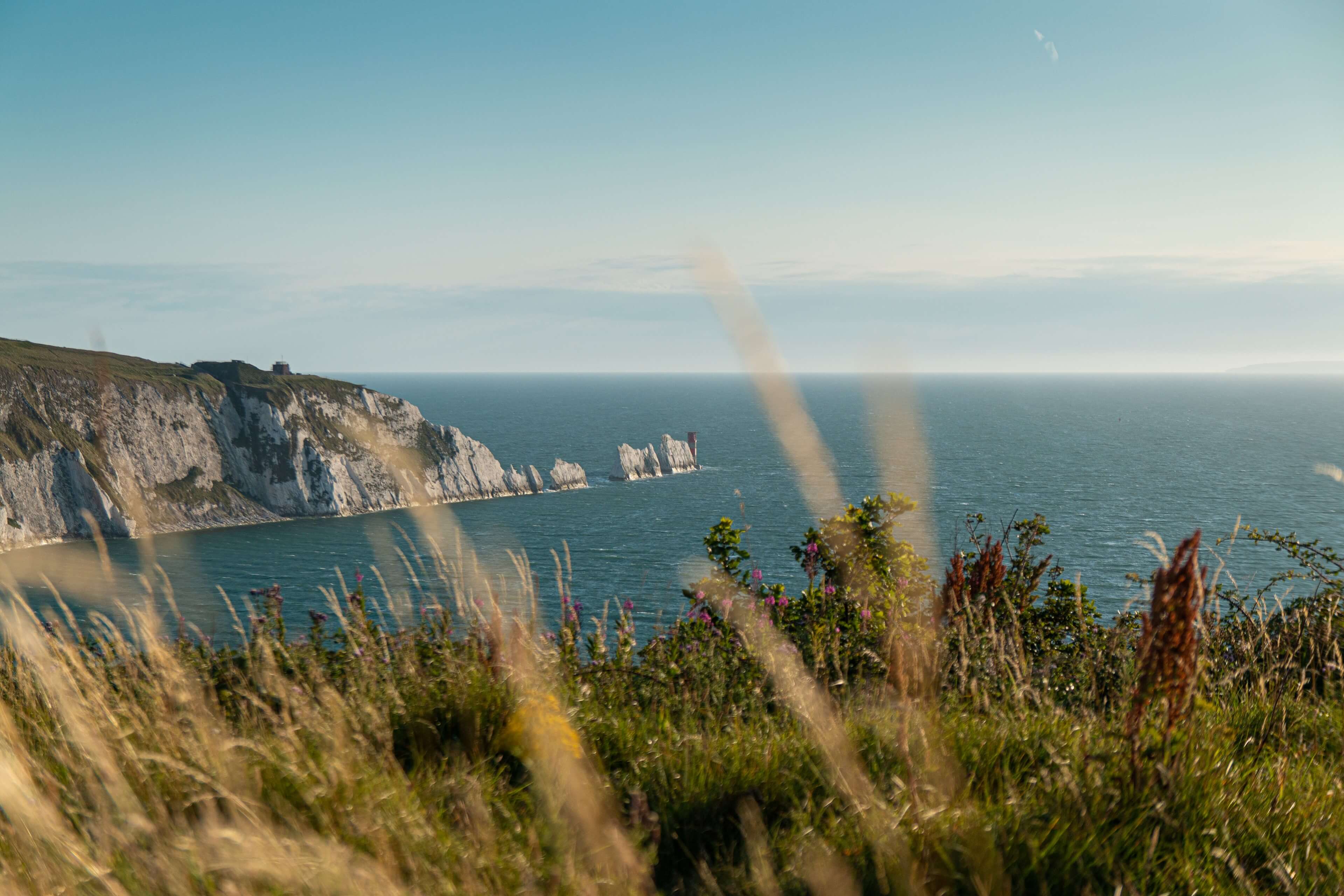 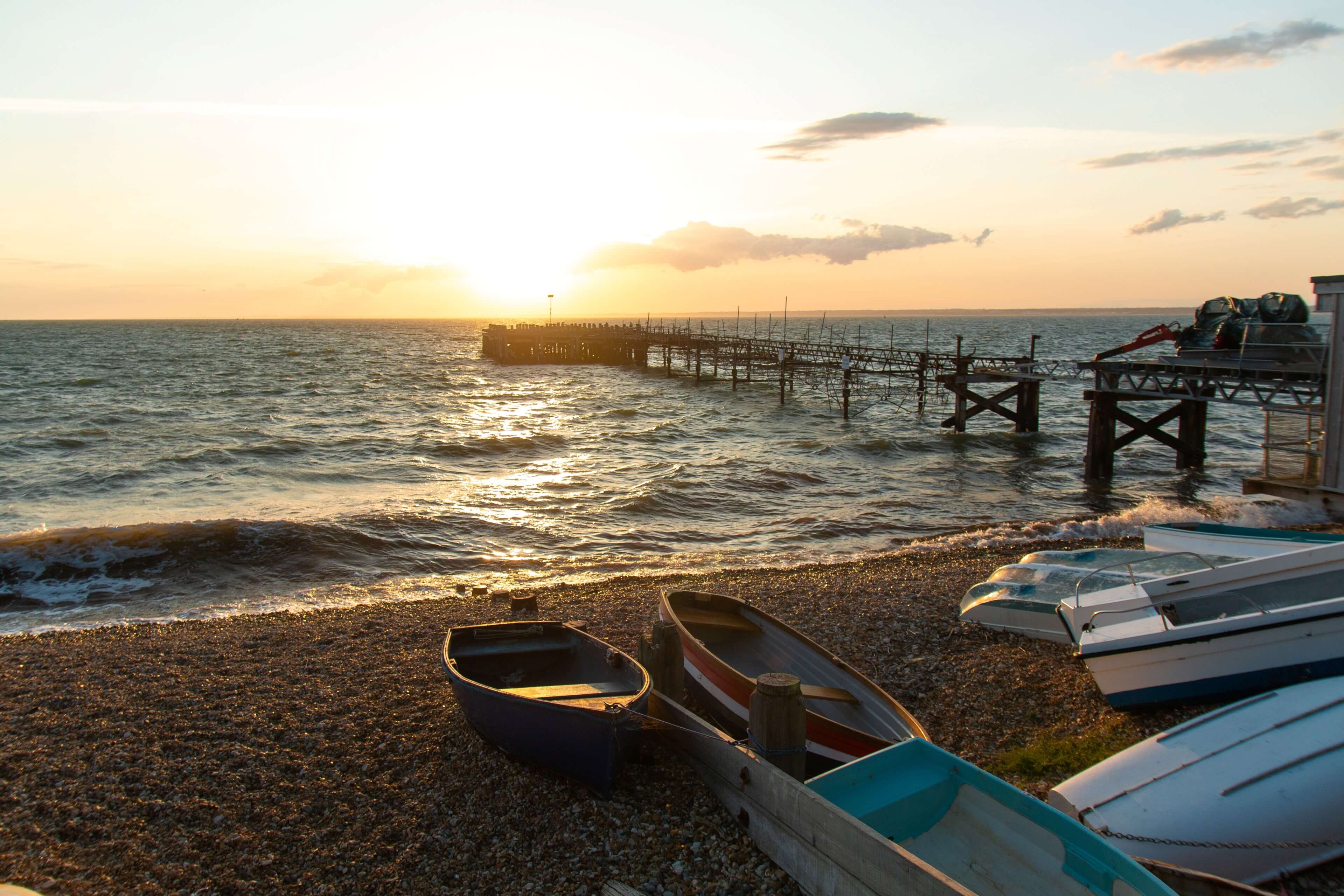 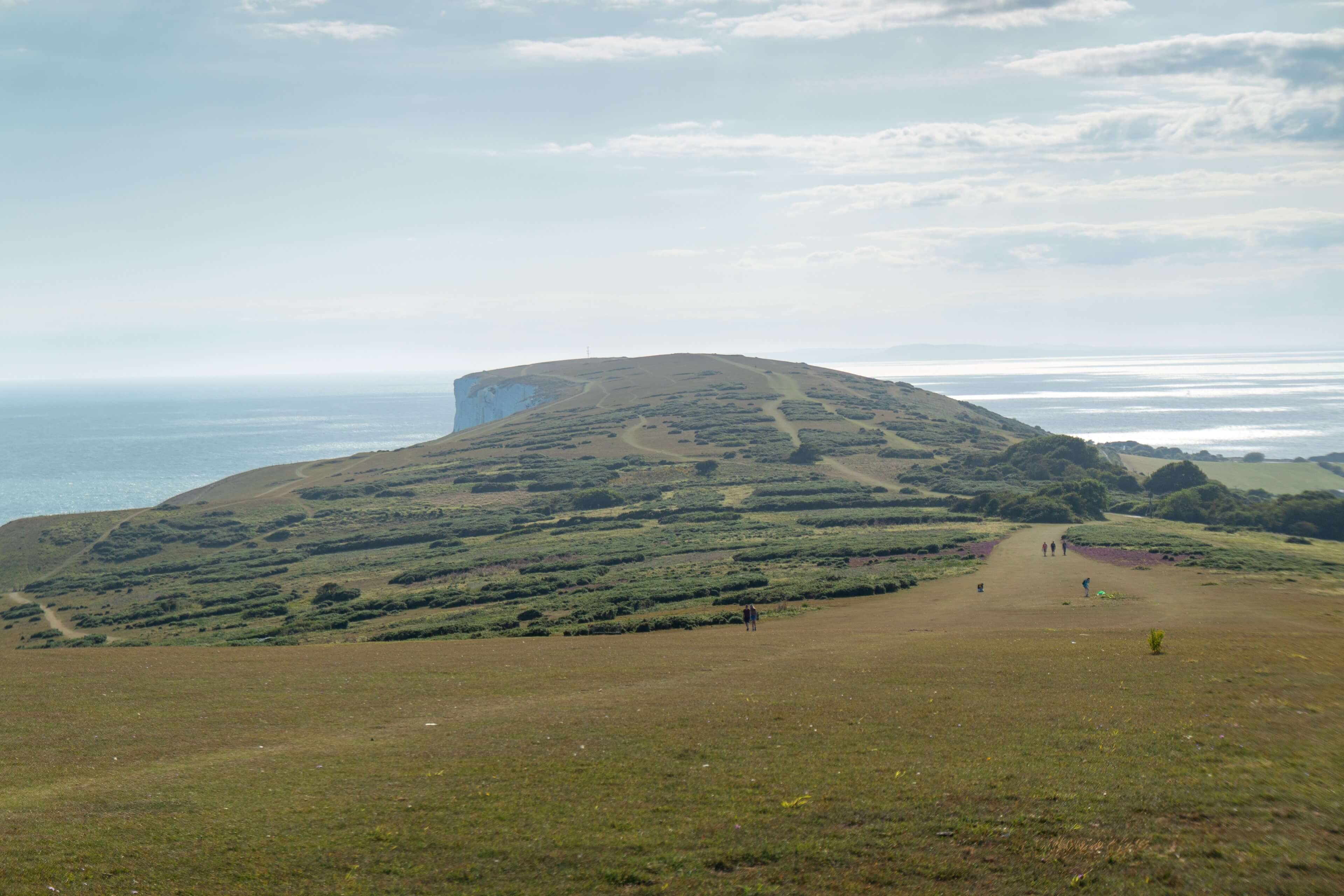 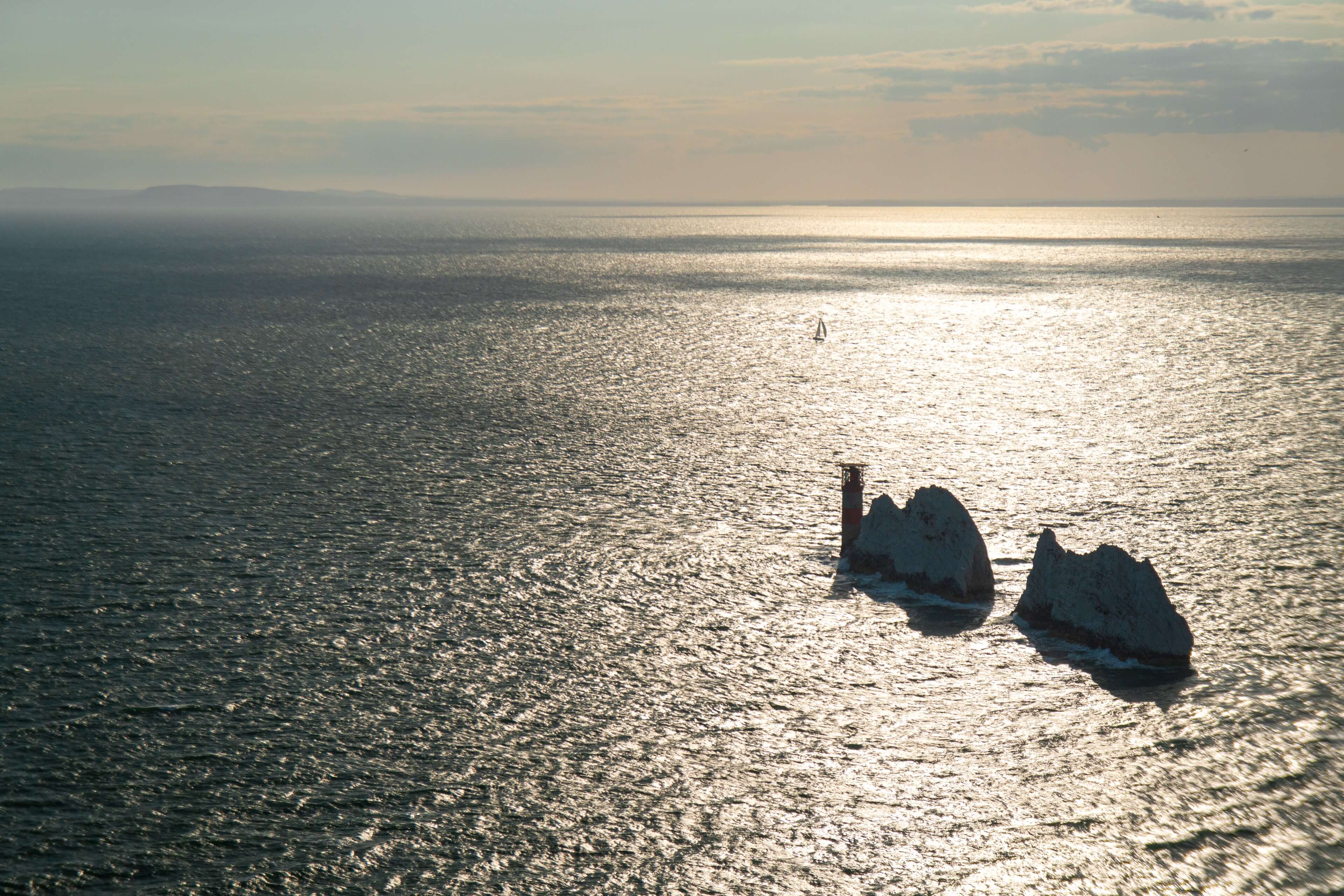 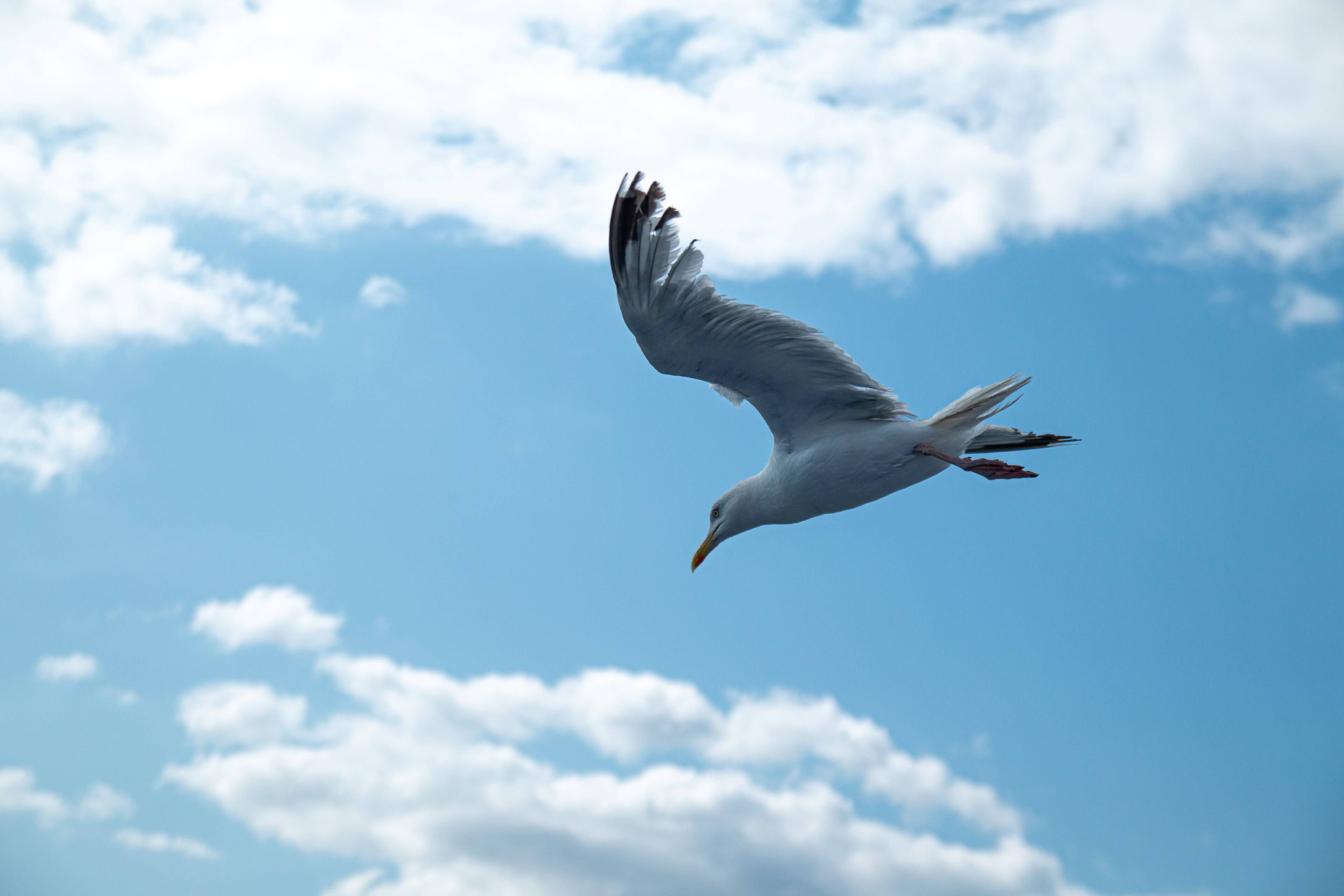 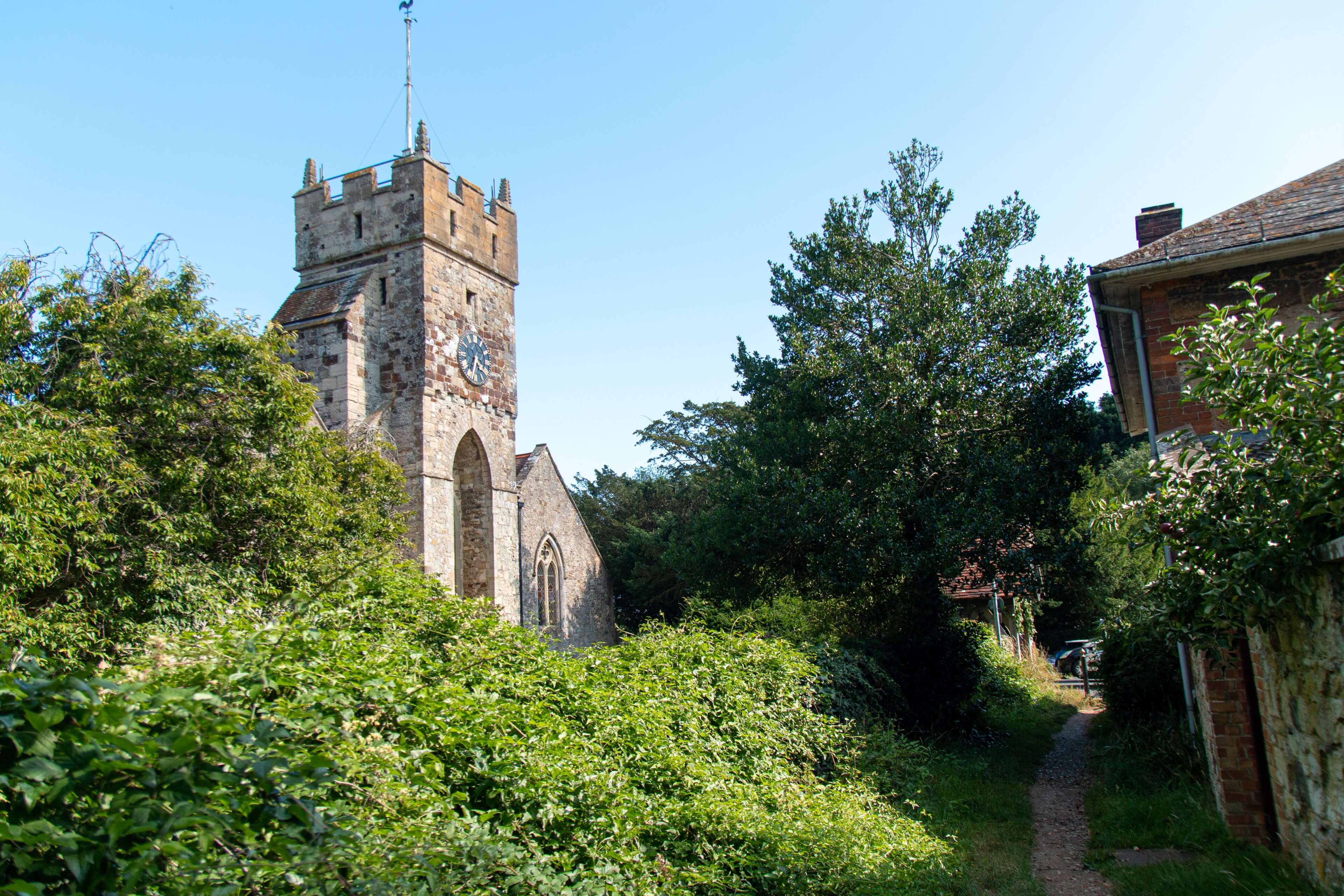 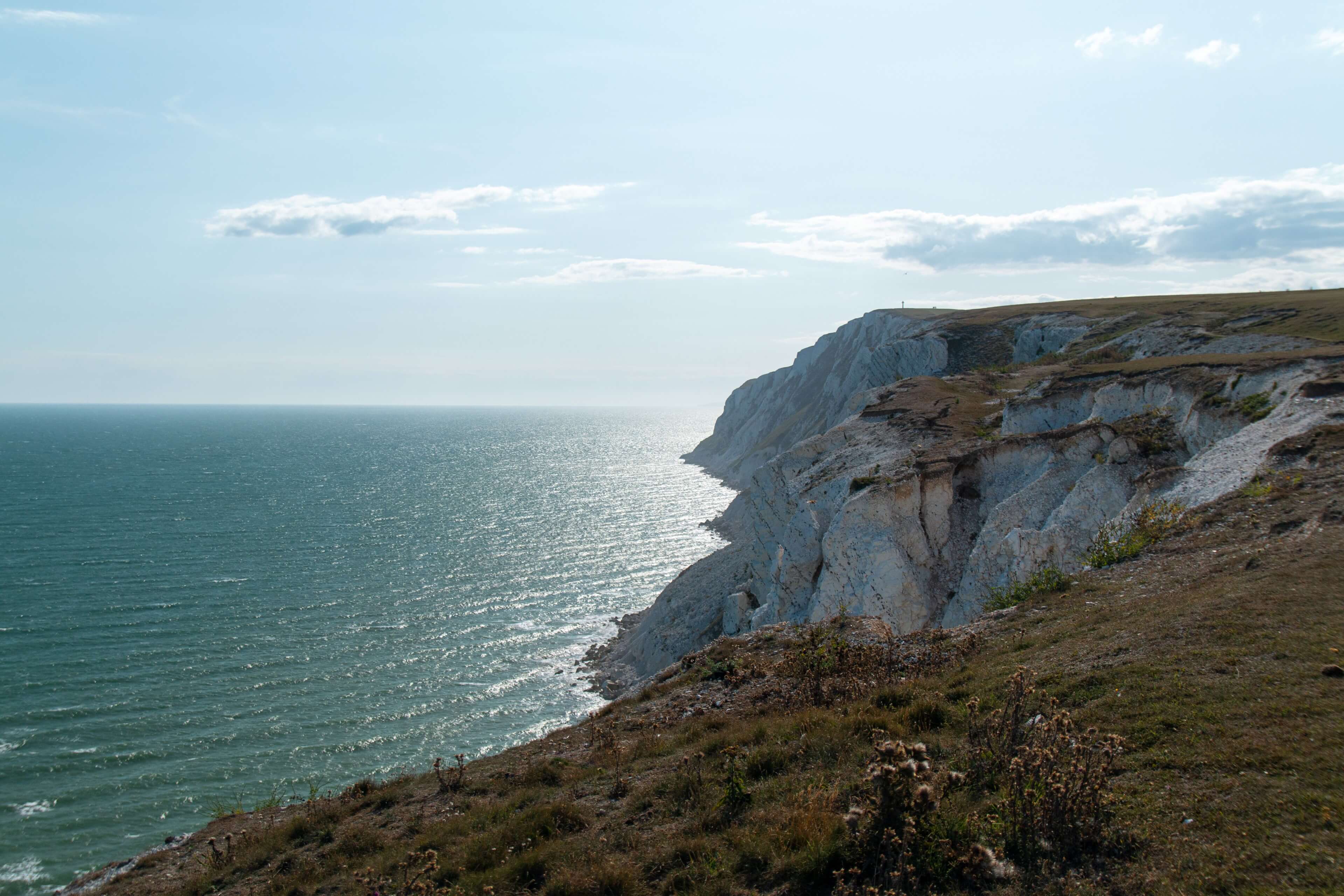 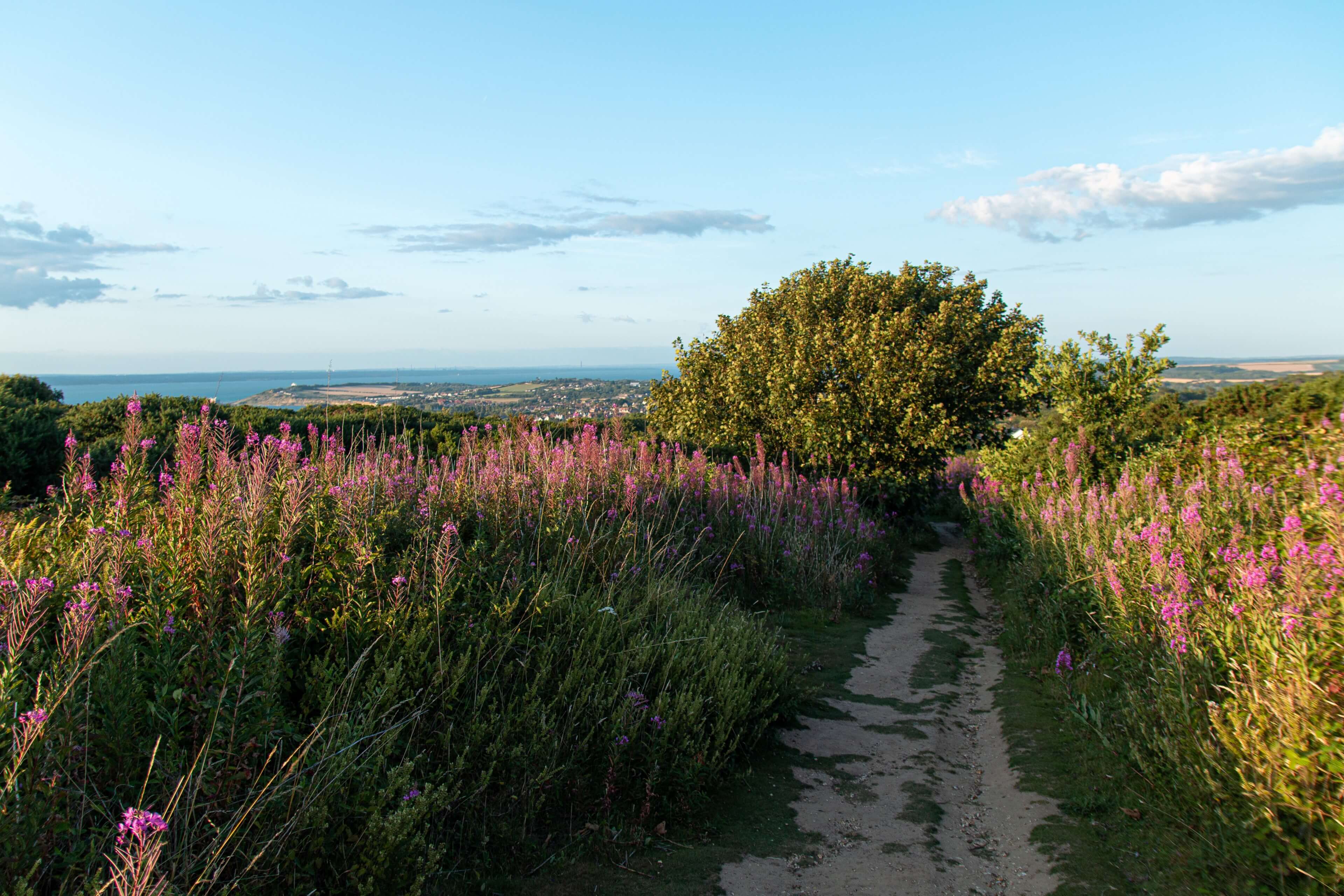 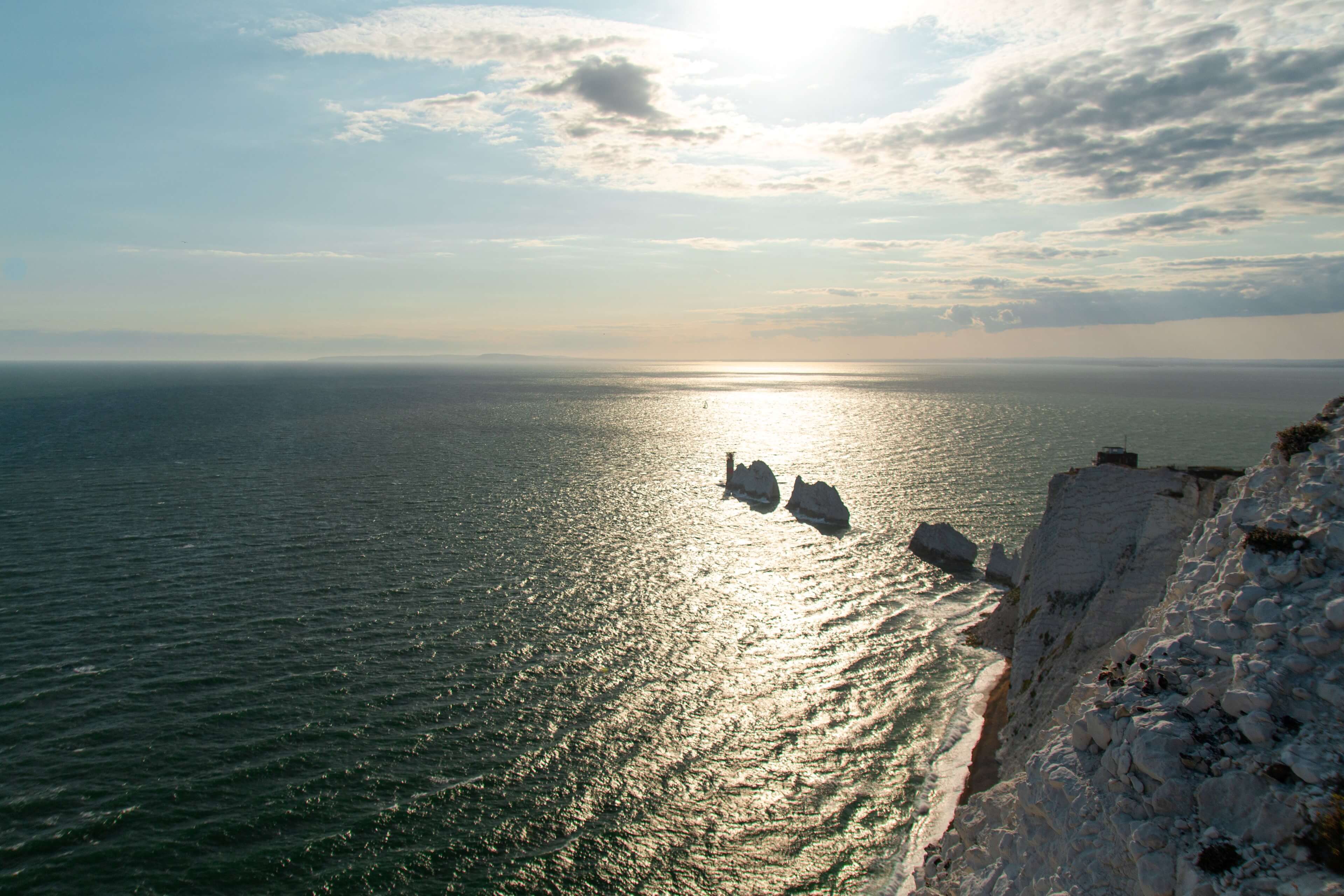 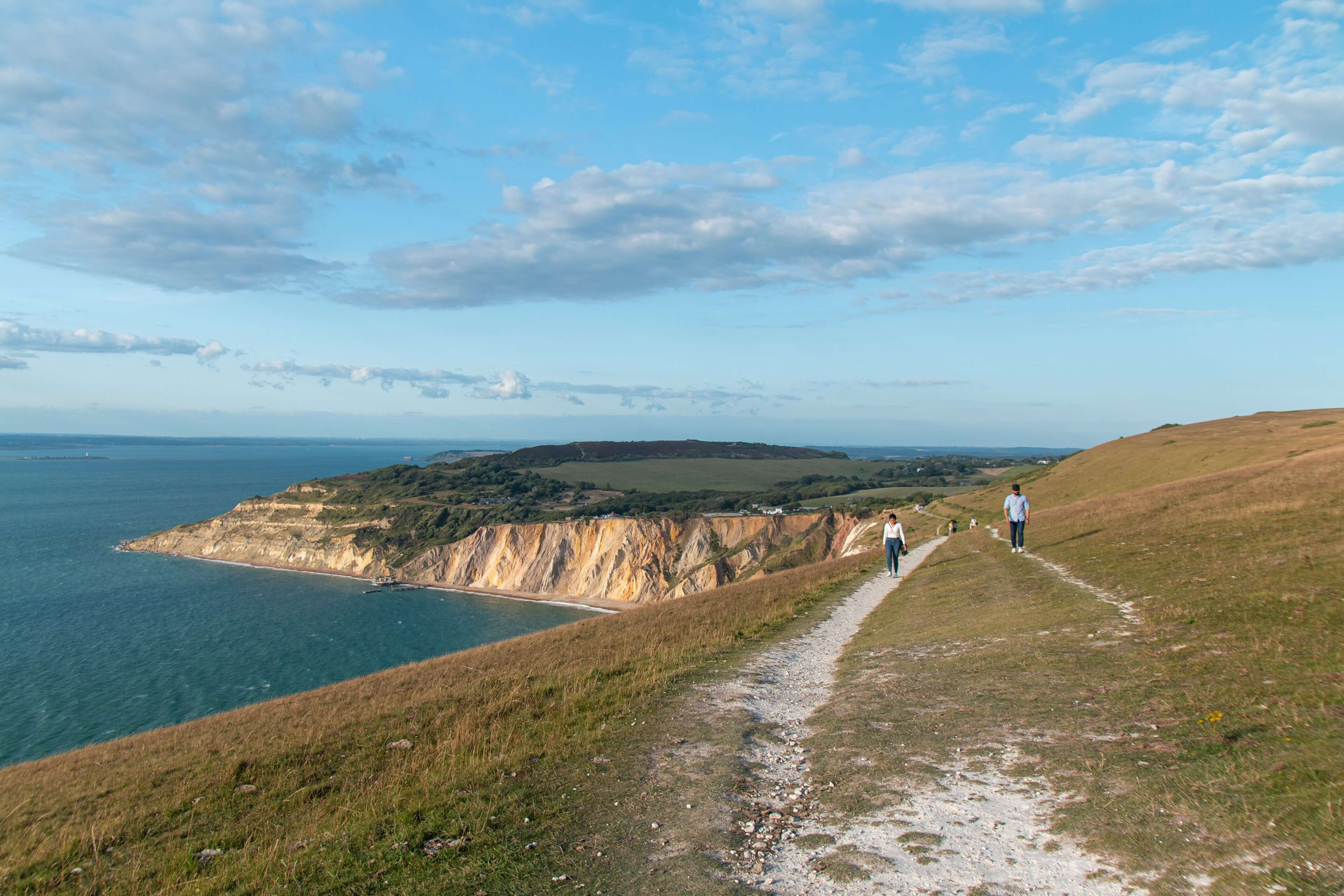 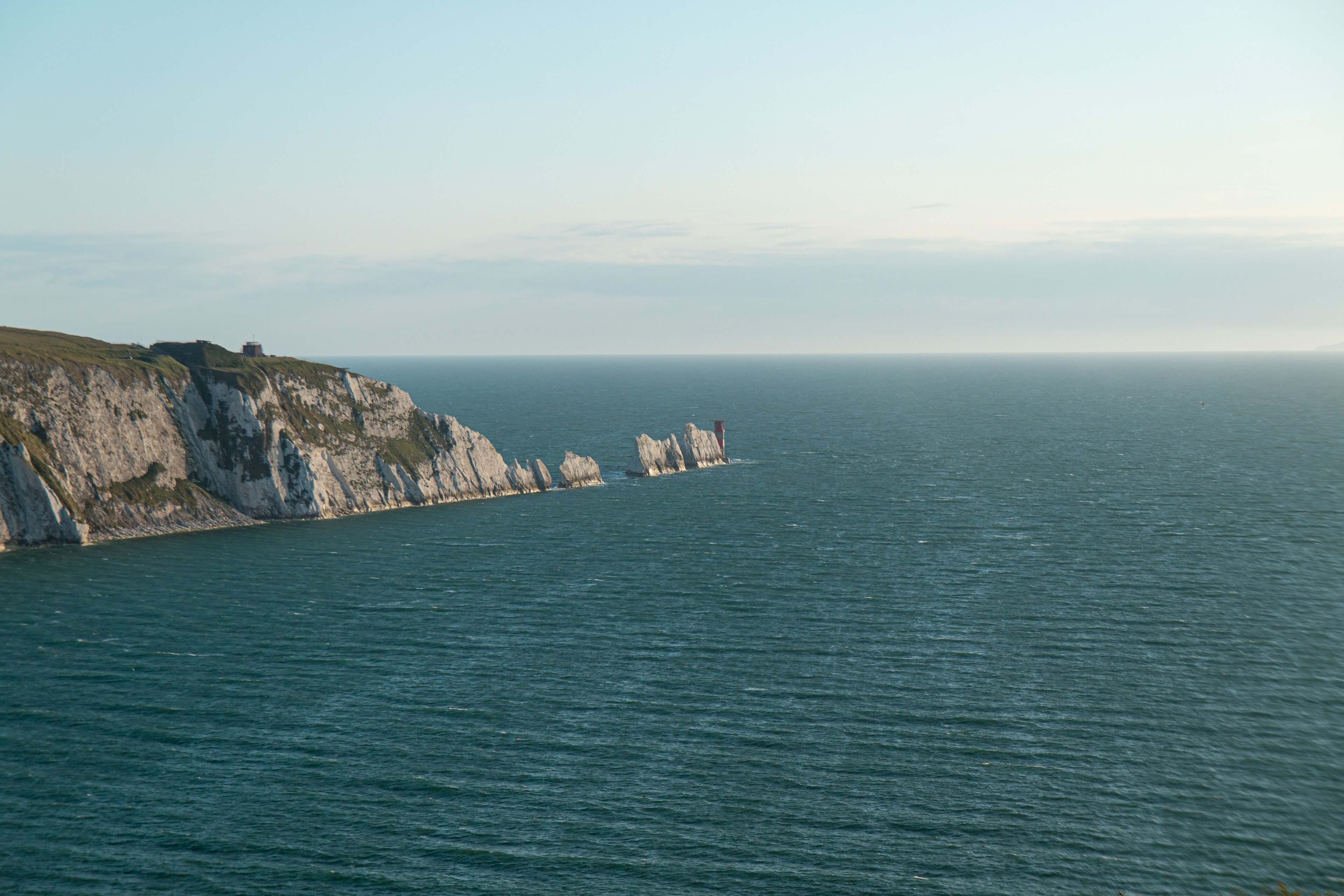 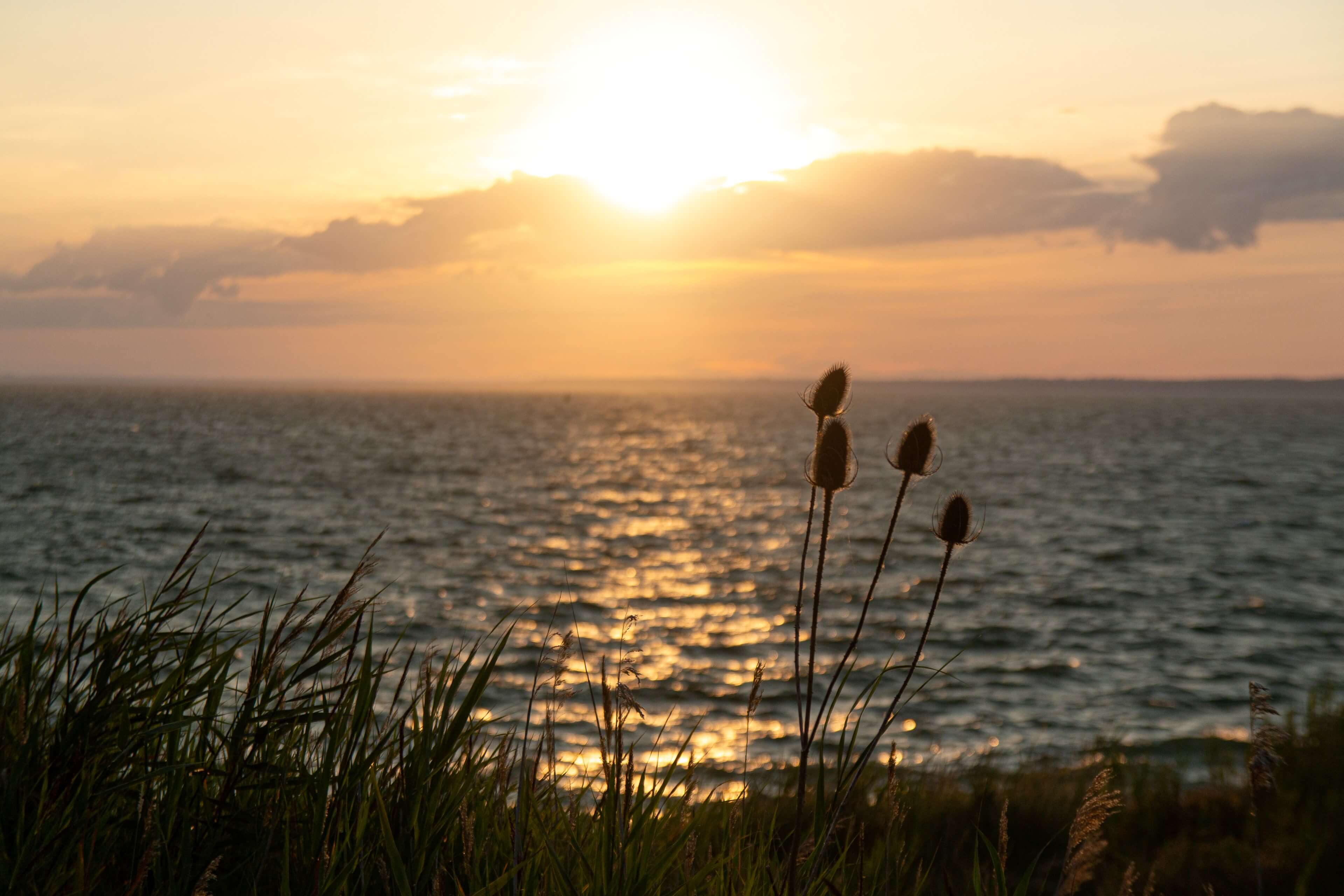 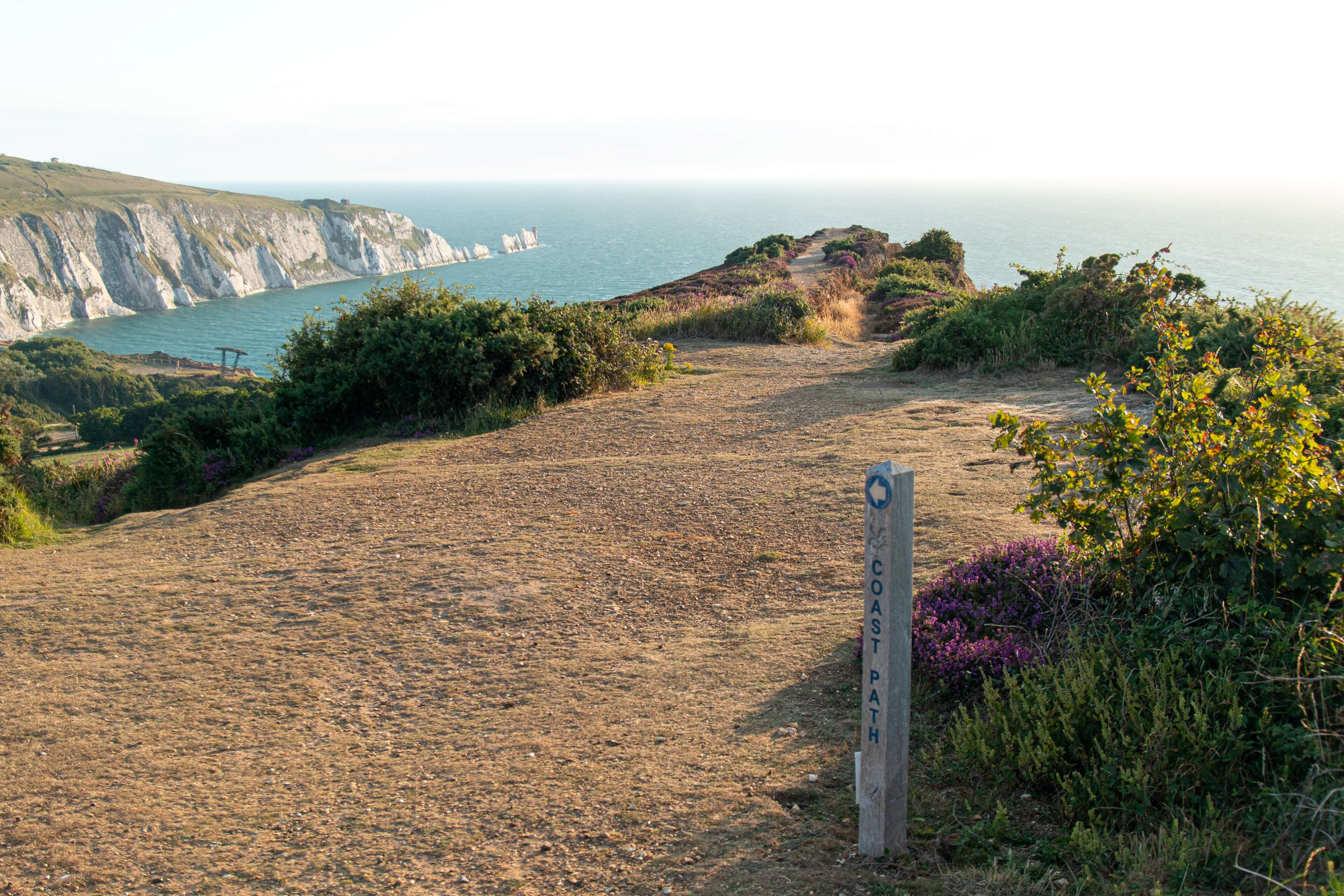 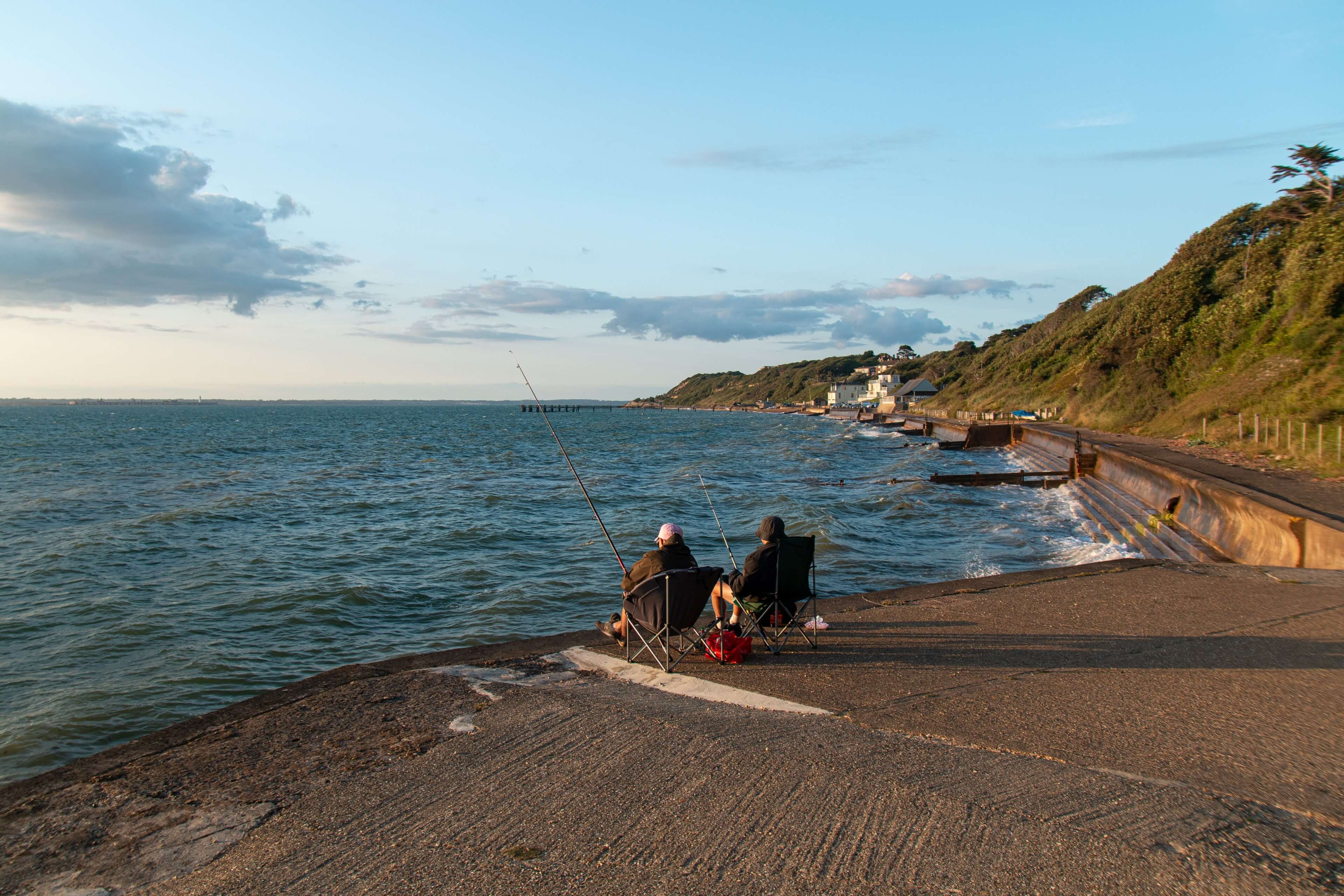 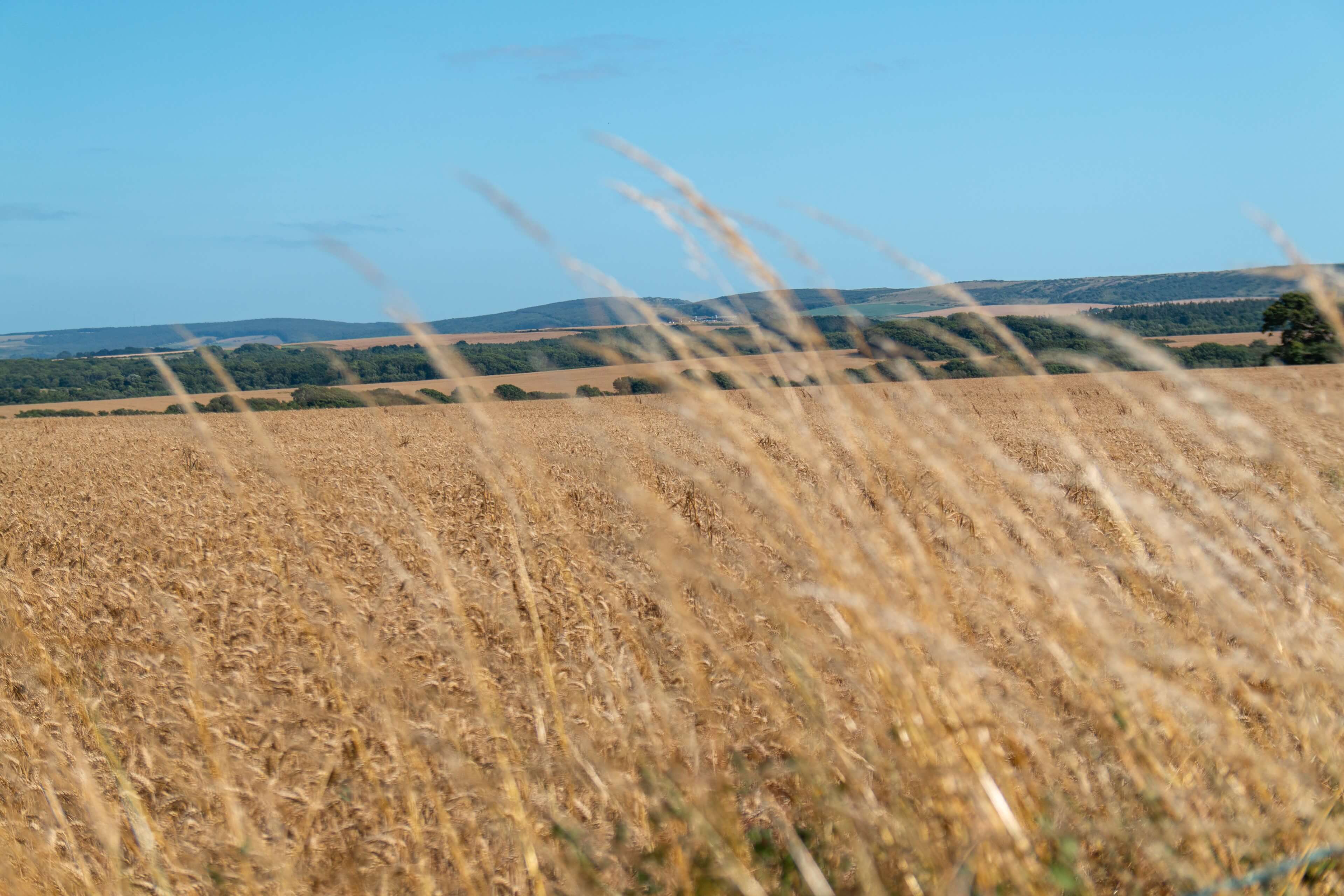 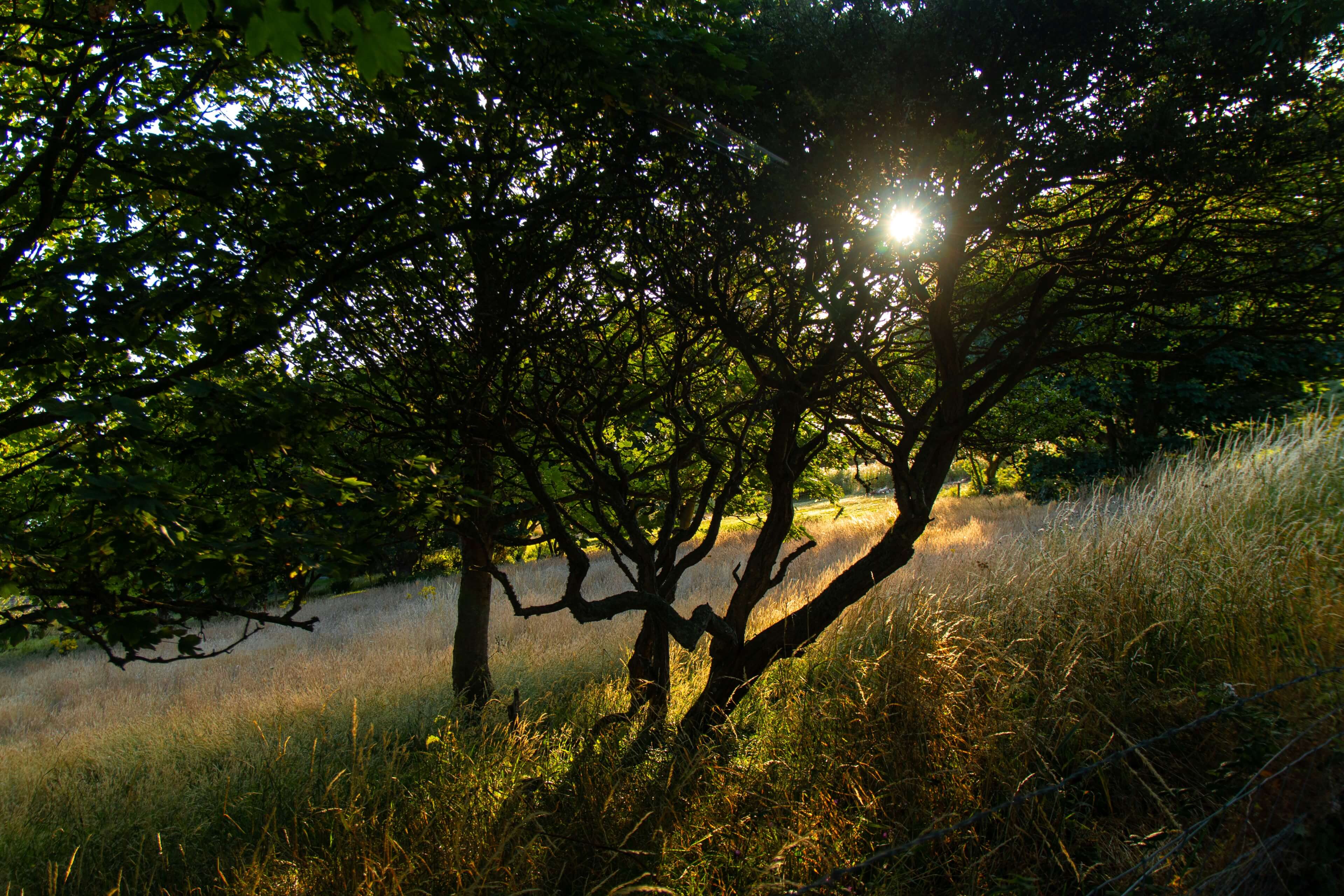 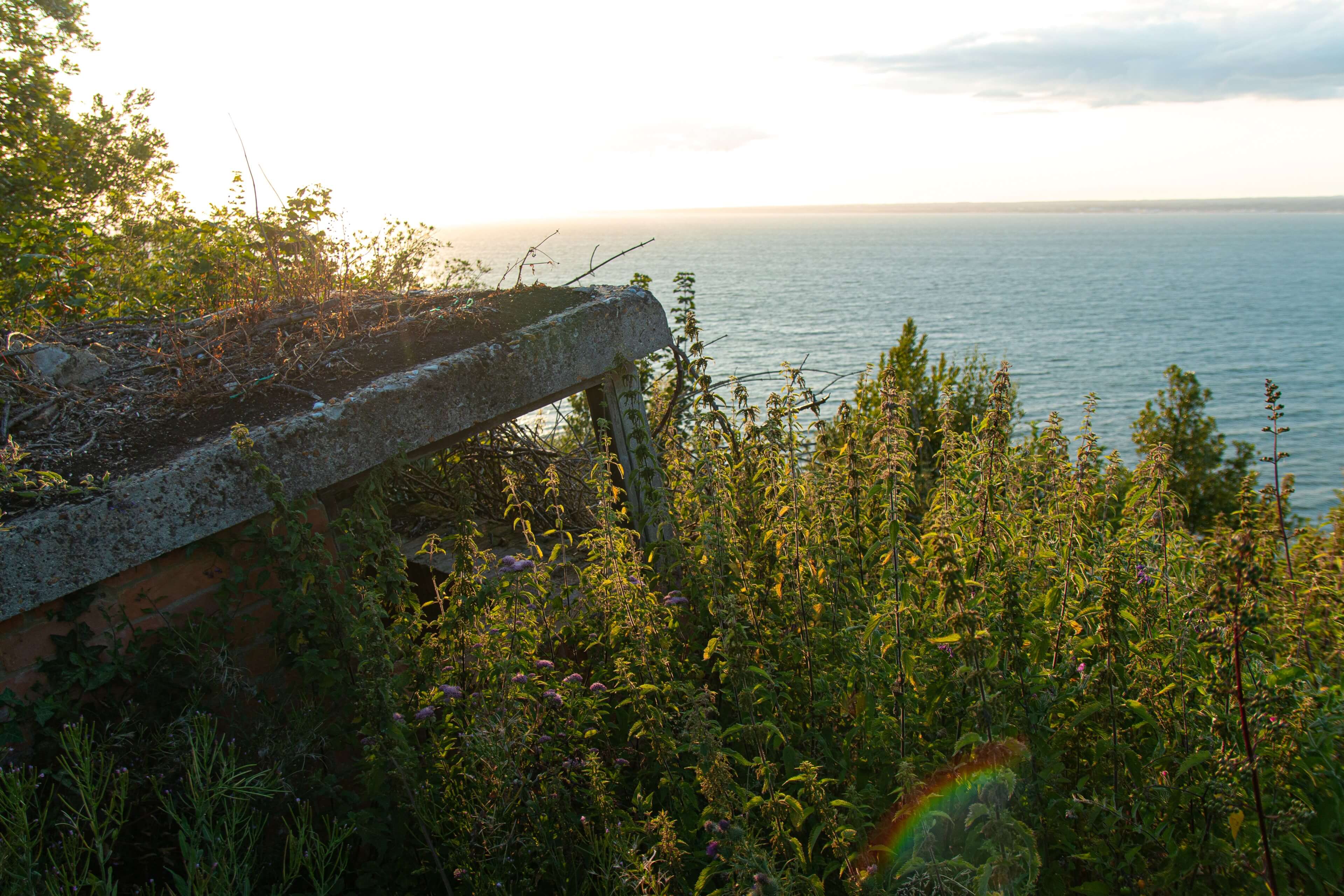 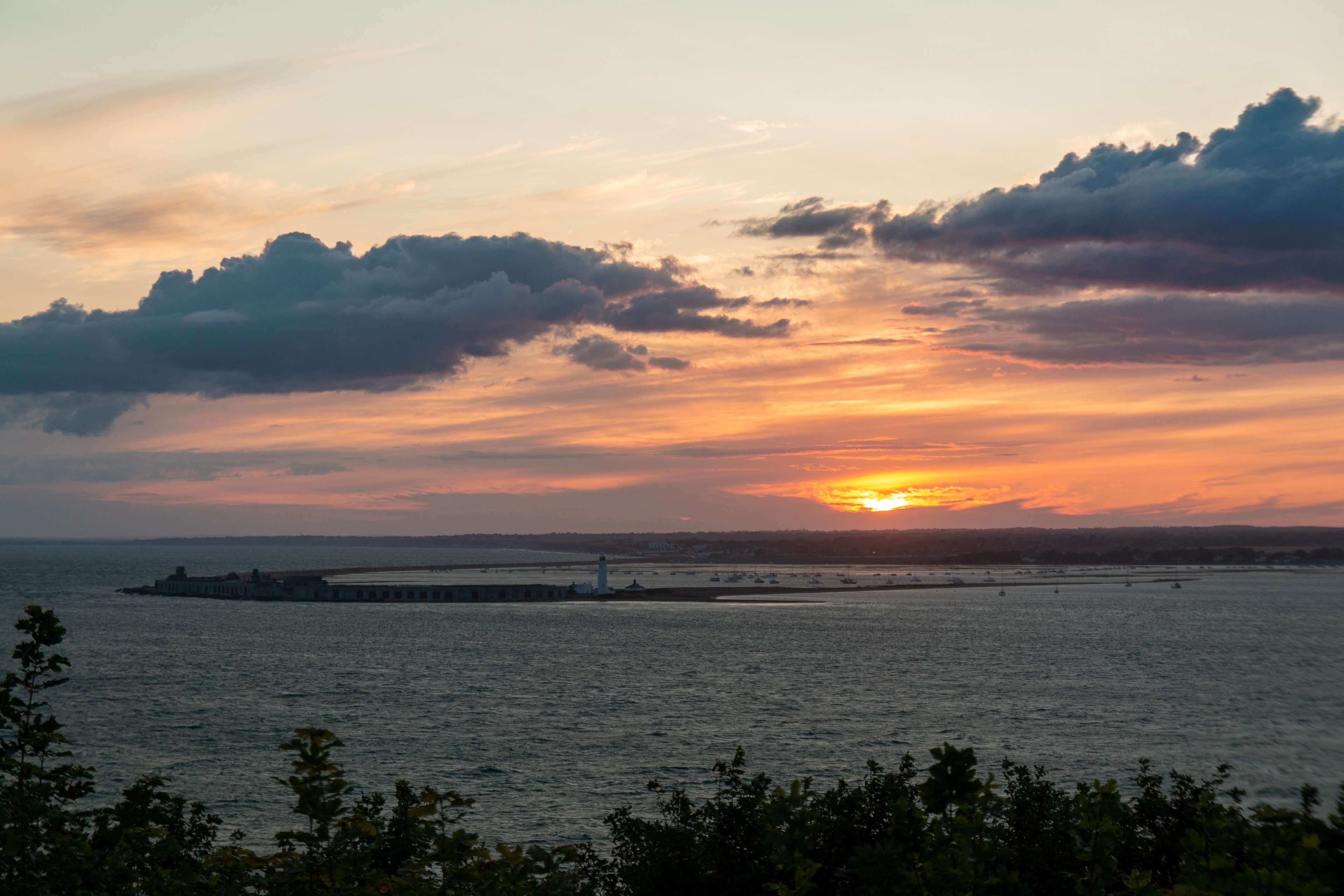 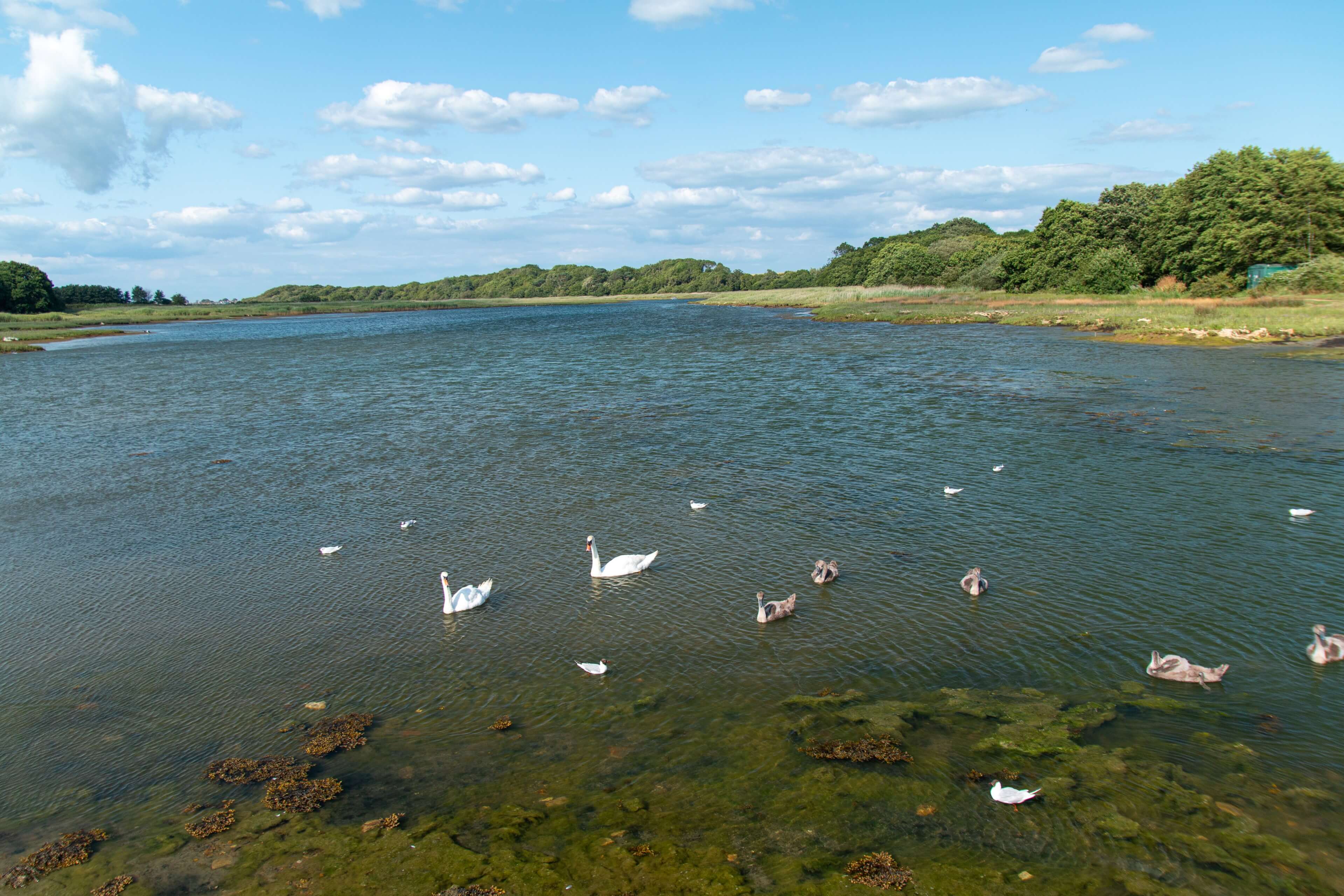 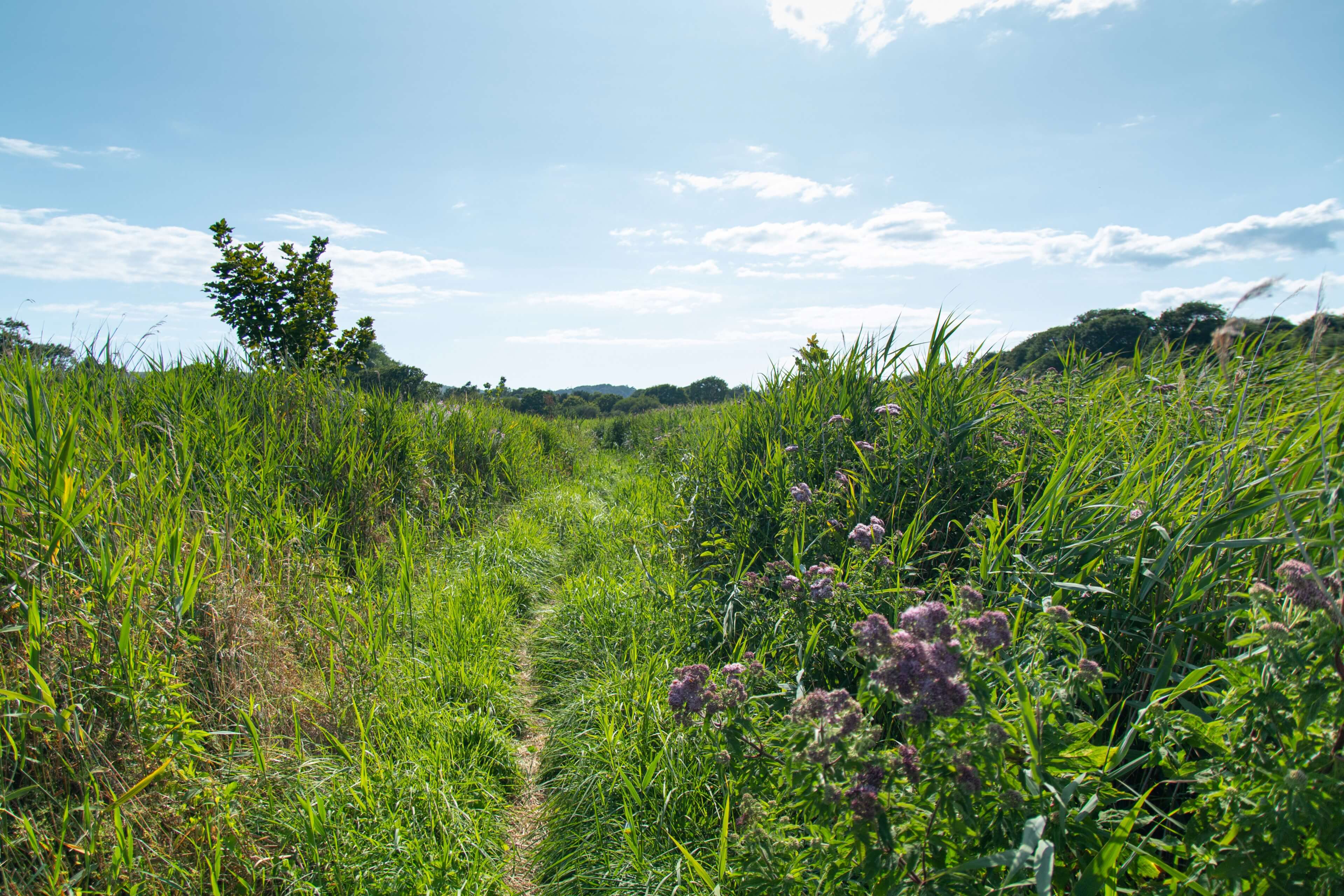 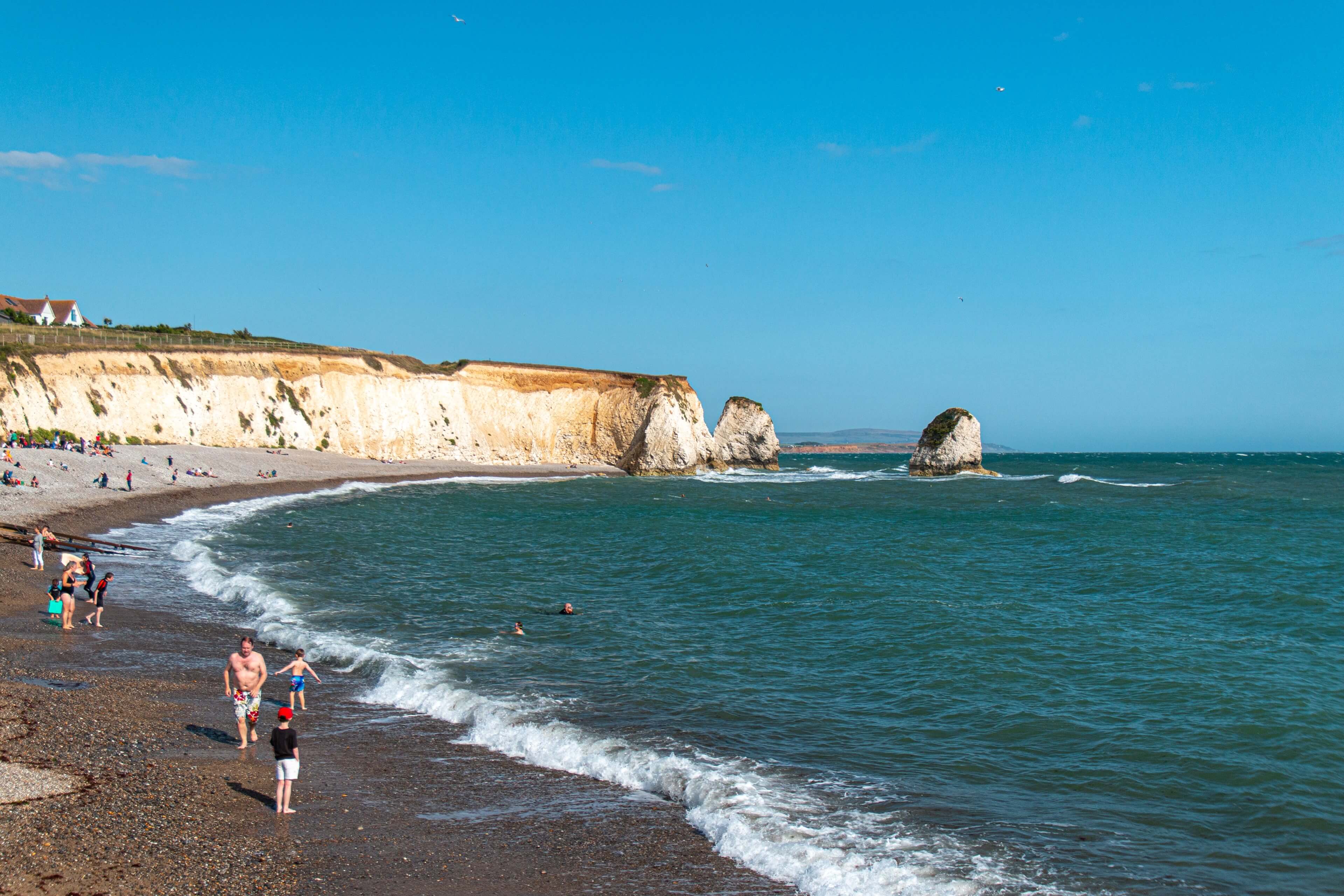 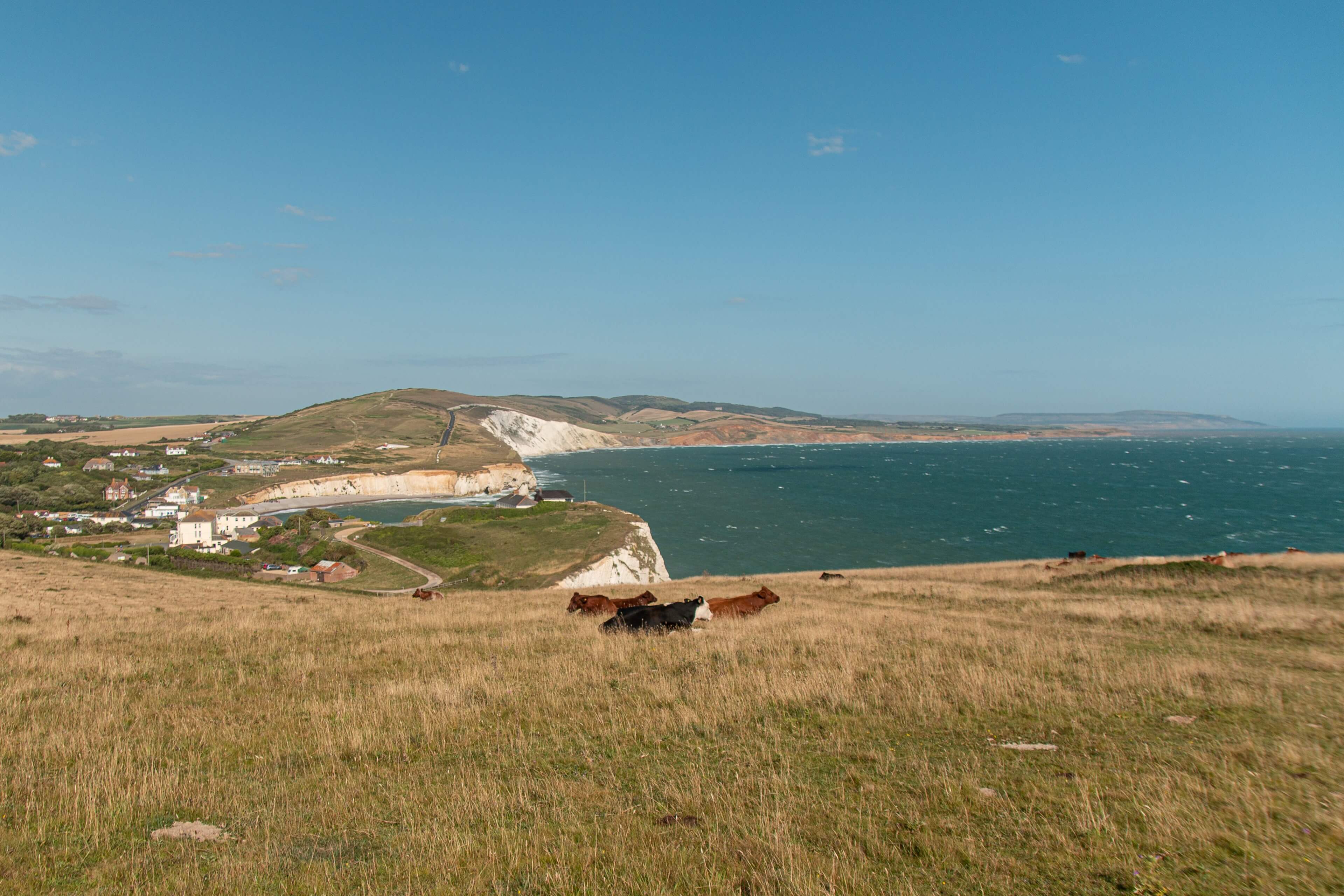 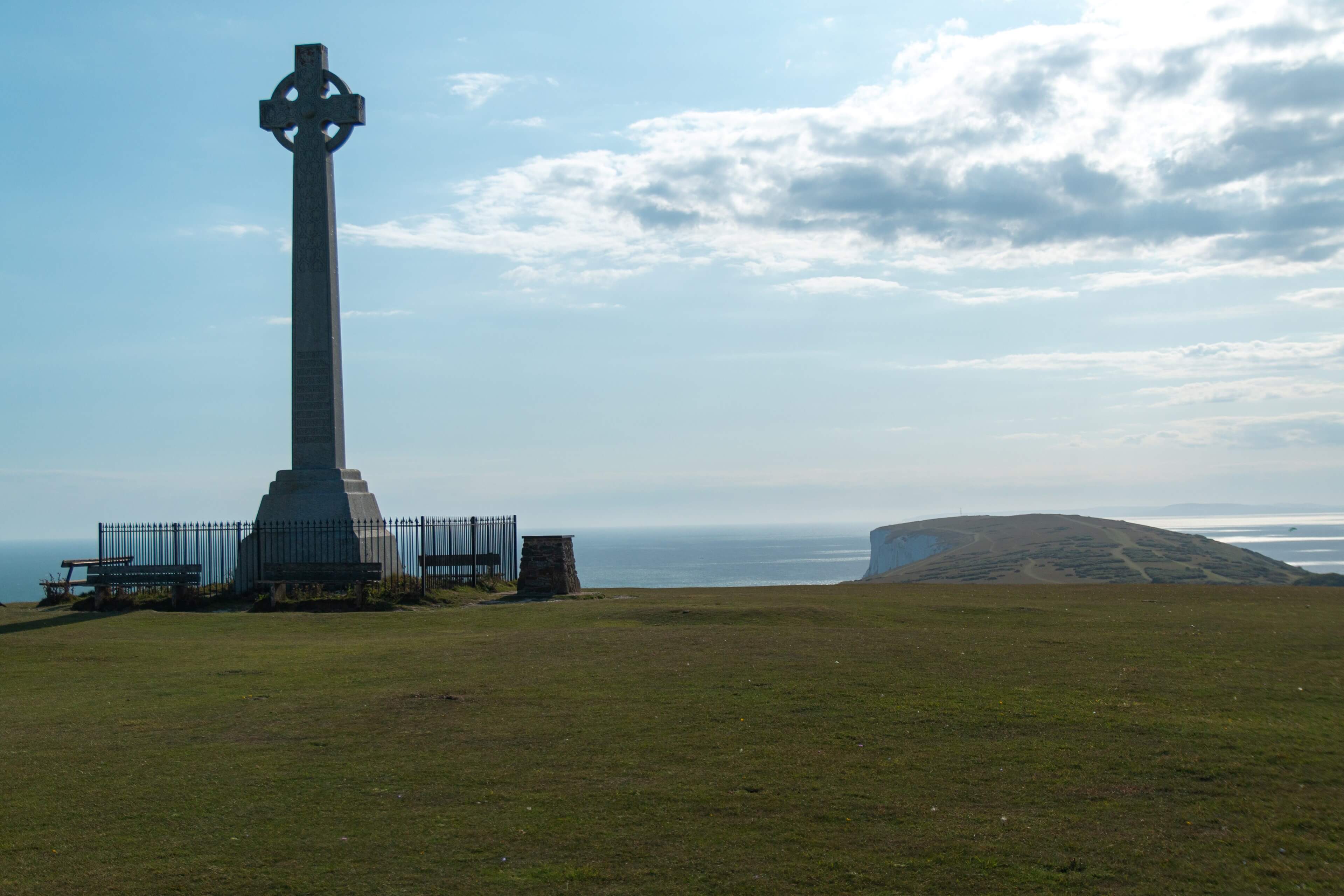 The Isle of Wight just off the South Coast of England was never a place I considered for good hiking. How wrong i was. Last summer (July 2019) I fancied a local change of scenery and started researching some possible interesting places to form the basis of a trail route. It was obviously an easy choice as The Needles Lighthouse is one of the most famous lighthouses in the south of England. Built in 1859 at the end of 3 stacks of chalk (not needle shaped) that rise about 30m out of the sea on the west tip of the island. Apparently there was a 4th stack called "Lots Wife" which was needle shaped and the basis for the formations name. However this collapsed in a storm in 1764 and the name has just stuck.

With the west coast the focus, the most logical place to ferry across was from Lymington in Hampshire's New Forest National Park. This then takes you over to Yarmouth on the island. I didnt want the hastle of taking a car, I just wanted to hop on the ferry and straight off walking. I believe it only cost around £20 for the crossing which is pretty good. The great thing with the ferry crossing is last departure from Yarmouth is 10pm so my decision was to leave mid afternoon and be walking until sunset. It really is the best time of day to be walking outdoors, especially with the camera.

You can actually see the needles from the ferry crossing on a clear day, right in the distance, as well as Hurst castle which is just opposite Yarmouth on the mainland. One of the highlights of doing this trail is this ferry crossing, i really enjoyed it and was nice to feel like I was on a proper adventure, off too far unexplored lands! (even though the Isle of Wight is right on my doorstep!)

The trail route is 13 miles long and is best walked clockwise especially like myself if you are walking late afternoon and into evening, as the sunset views will be far better on the later section. You also get the best views of the Needles coming back in that direction.

The trail literally has a bit of everything and can be split into 3 distinct sections. I really liked the first part as its just a fairly flat traditional countryside walk through fields, villages and runs near the river Western Yar, so plenty of wildlife spotting potential. This section brings you down to the southern seaside beach area of freshwater bay.

The second section then follows the western coastal path (which is actually the official Isle of Wight Coastal Path) up along the chalky cliff edges. Its very open and exposed from this point and there's also a lot of uphill so certainly more strenuous.  You do get some really great views across the western side of the Isle of Wight and across the water towards Lymington. The Needles themselves wont show themselves until you are pretty much on top of them. Be prepared to bring a zoom lens for your camera as they are quite a distance out. There is still an impressive view to be had mind, albeit i was slightly underwhelmed on my initial sighting, probably because the lighthouse is in a fairly awkward location to get some really good shots off. I did have my drone with my but the wind was up and I was particularly nervous about flying over the sea during high winds!

The views in my opinion get better during the third section of the hike which continues along the north/east section of coastal path heading back towards Yarmouth. Once you're past the rather tacky tourist entertainment village (typical of many English tourist spots.) you ascend onto the cliff sections around Headon Warren. From here you get some really awesome views of the Needles looking back, easily the best views. I really liked this section of heathland with its vibrant colours amplified during the sunset early evening light. Once down from the heathland you have a section of easy seafront esplanade walking and a small diversion back into the countryside before arriving back to Yarmouth. As I said this section is great walking during sunset as you get some great sea views looking westward and over to the main land around Hurst Castle.

I started the walk just before 4pm in the afternoon and arrived back in Yarmouth at 9.30pm ready for the 10pm ferry. It was an absolutely great afternoon/evening out walking and the whole ferry journey made it even more interesting. I will definitely be returning back to the island for some more summer adventures along the coastal path, perhaps maybe a big ultra trail run is on the cards!

If you have any questions please feel free to ask.