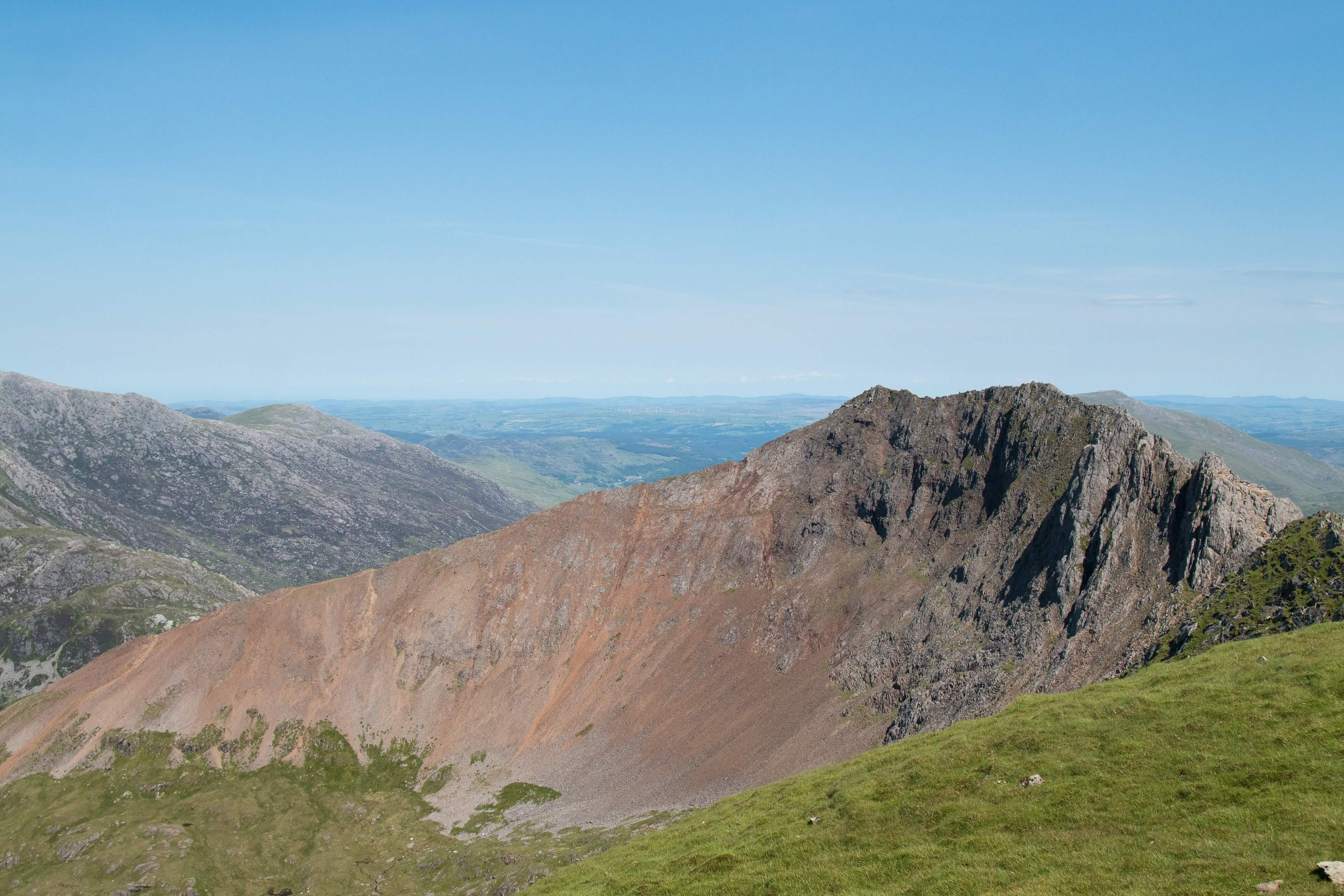 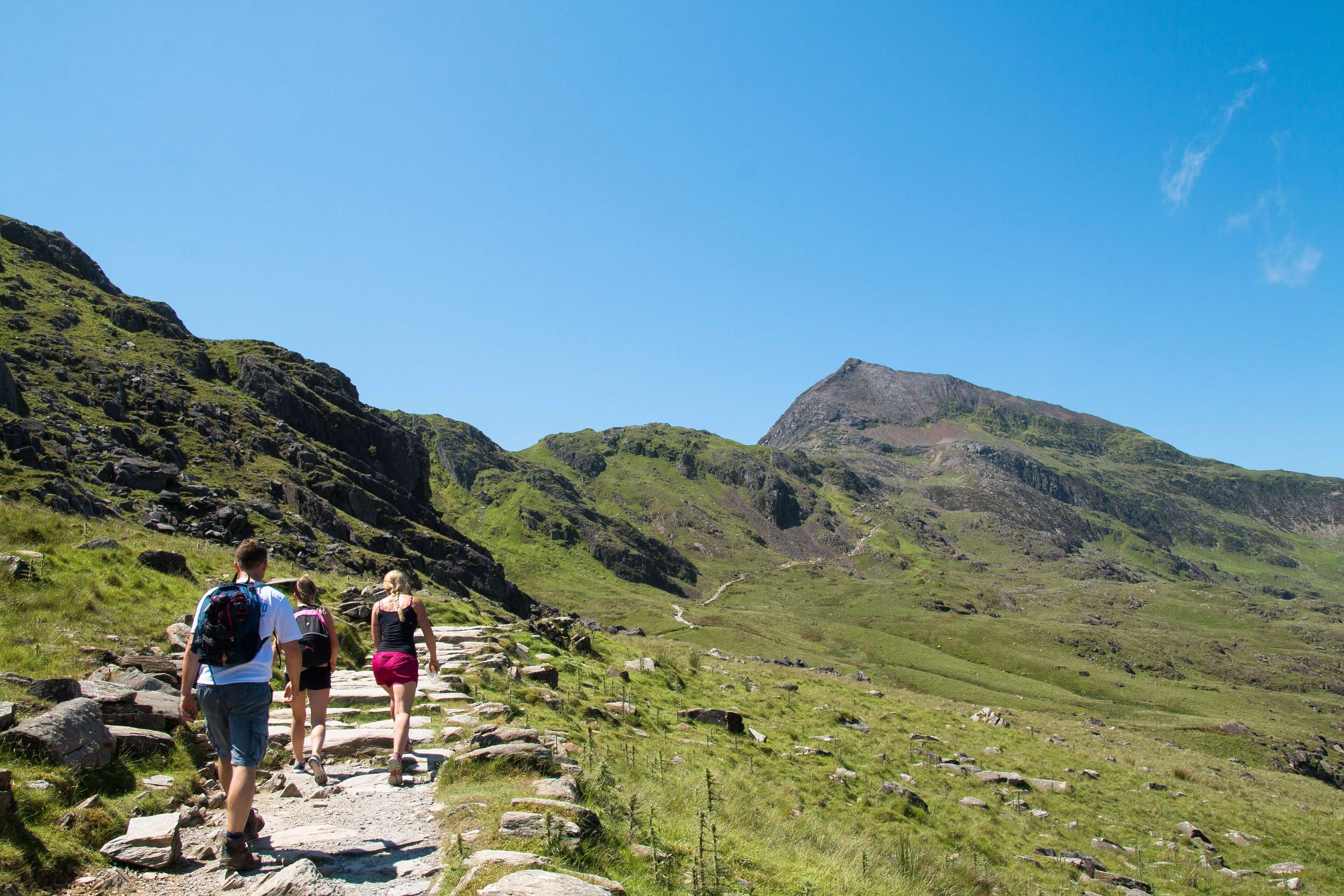 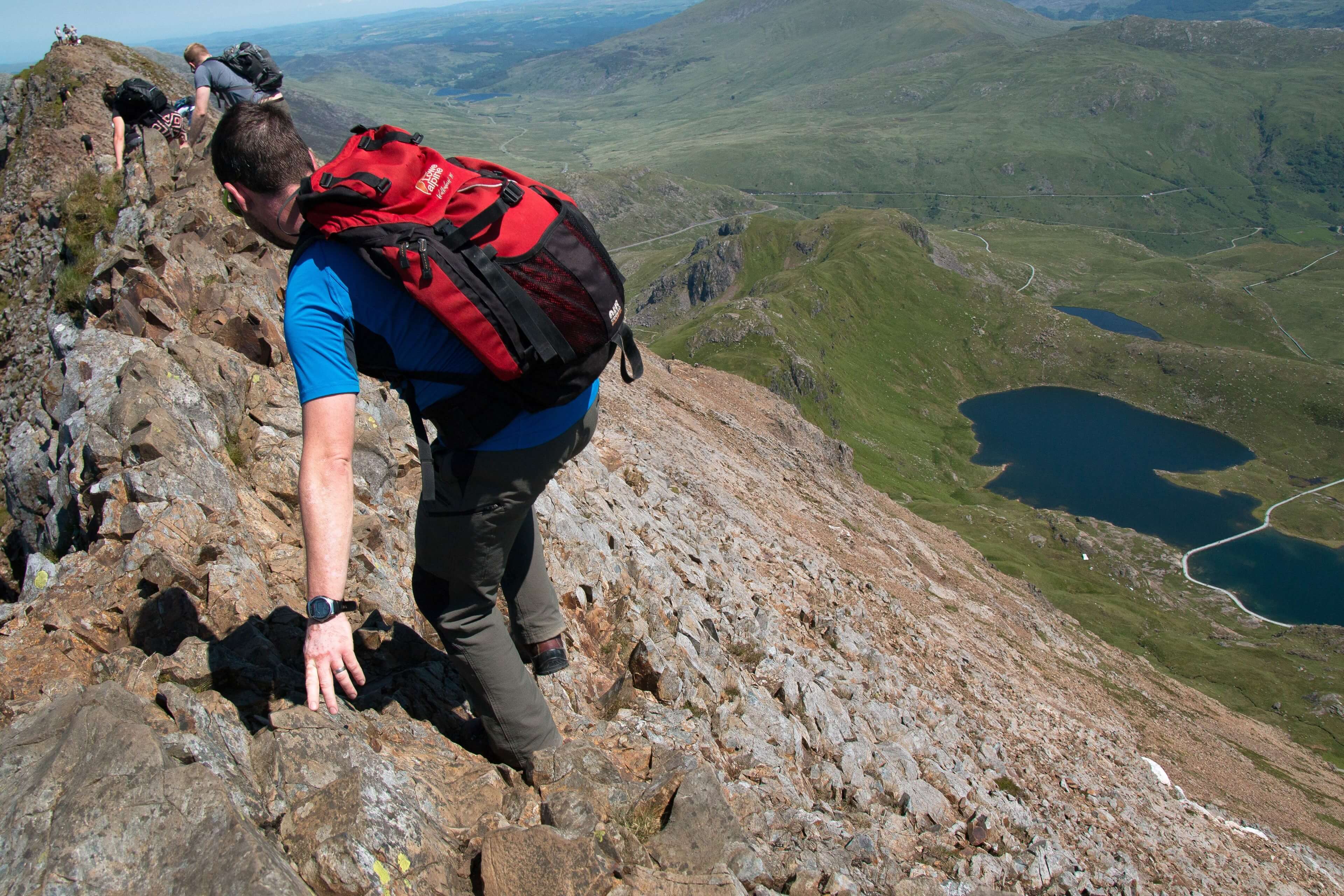 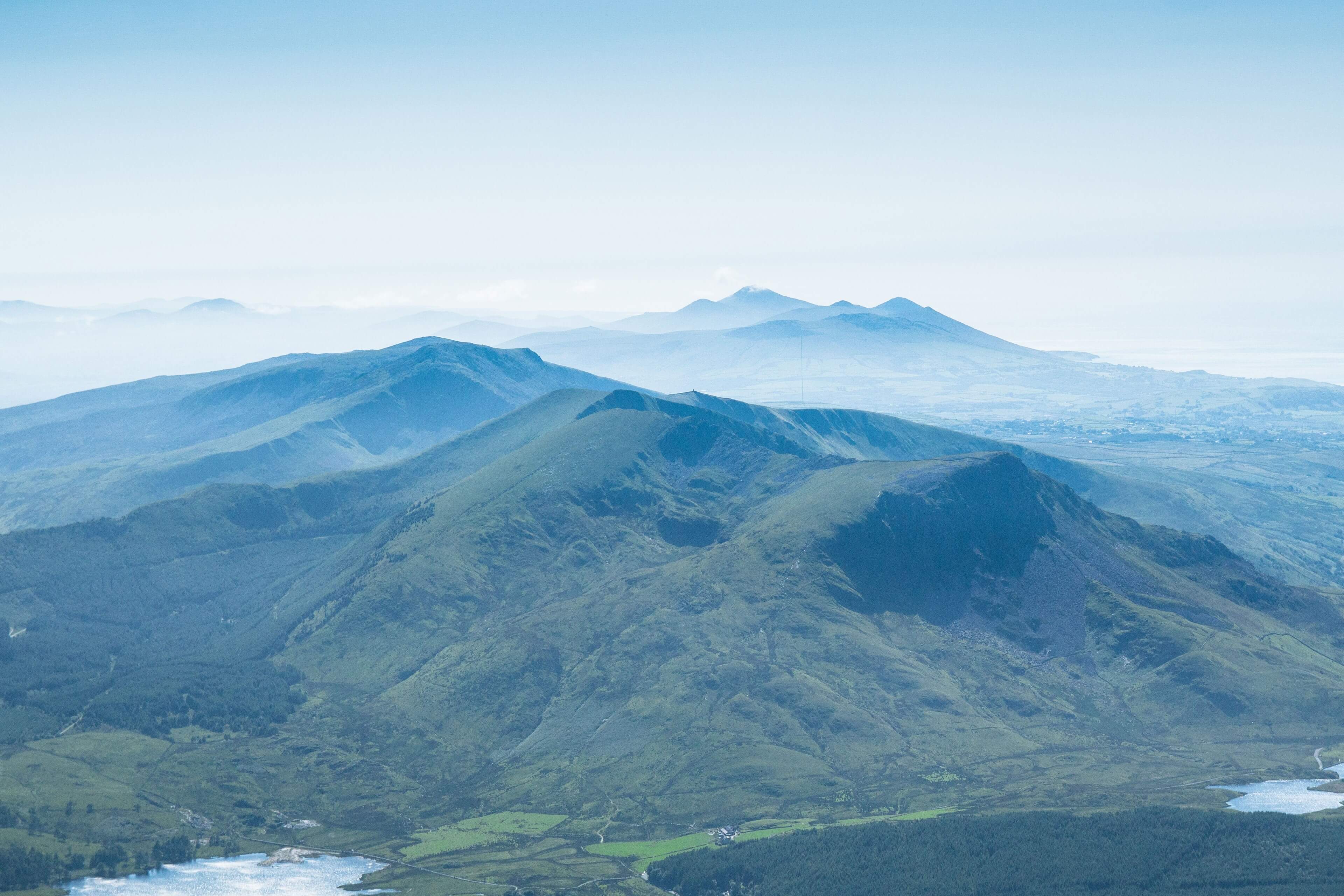 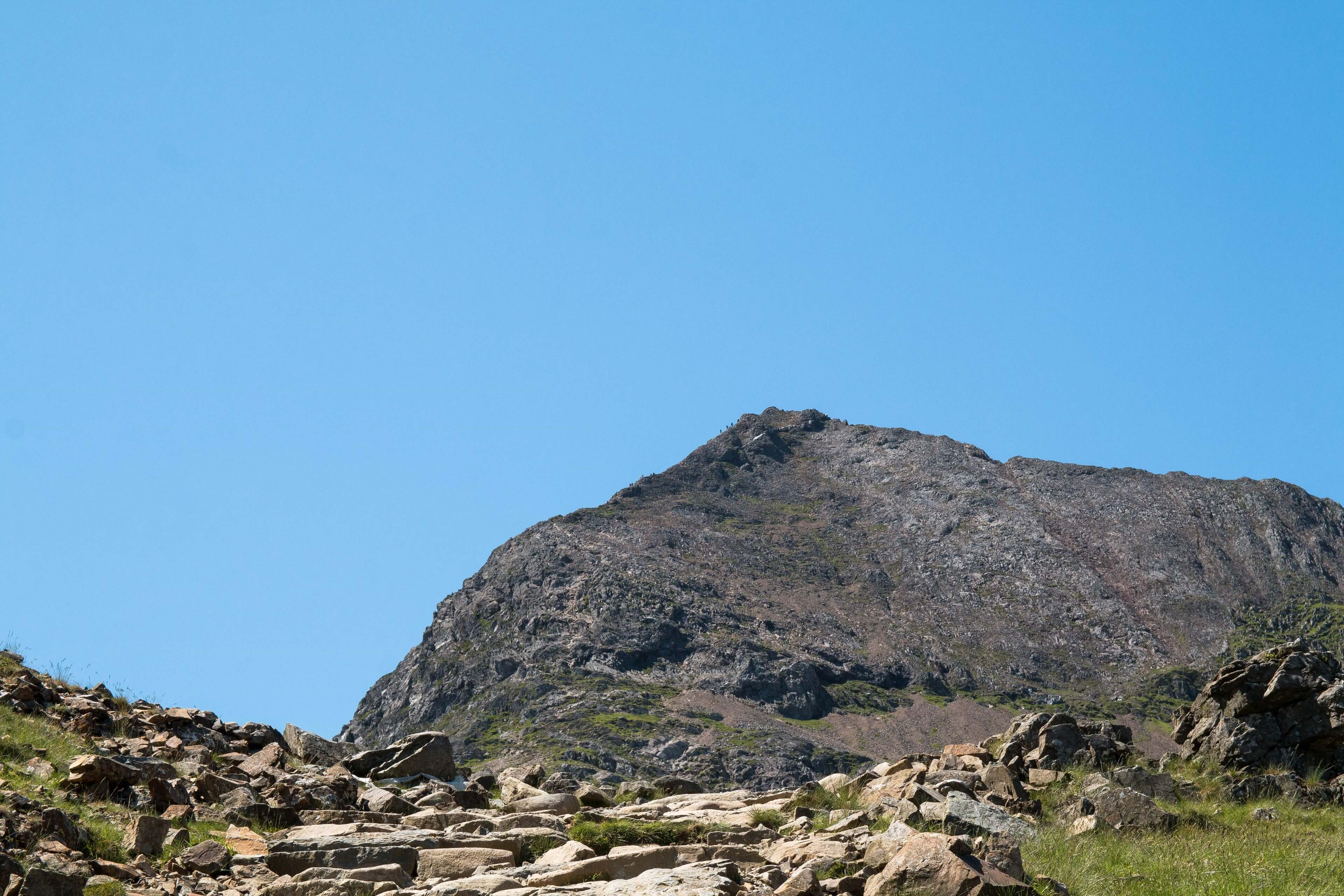 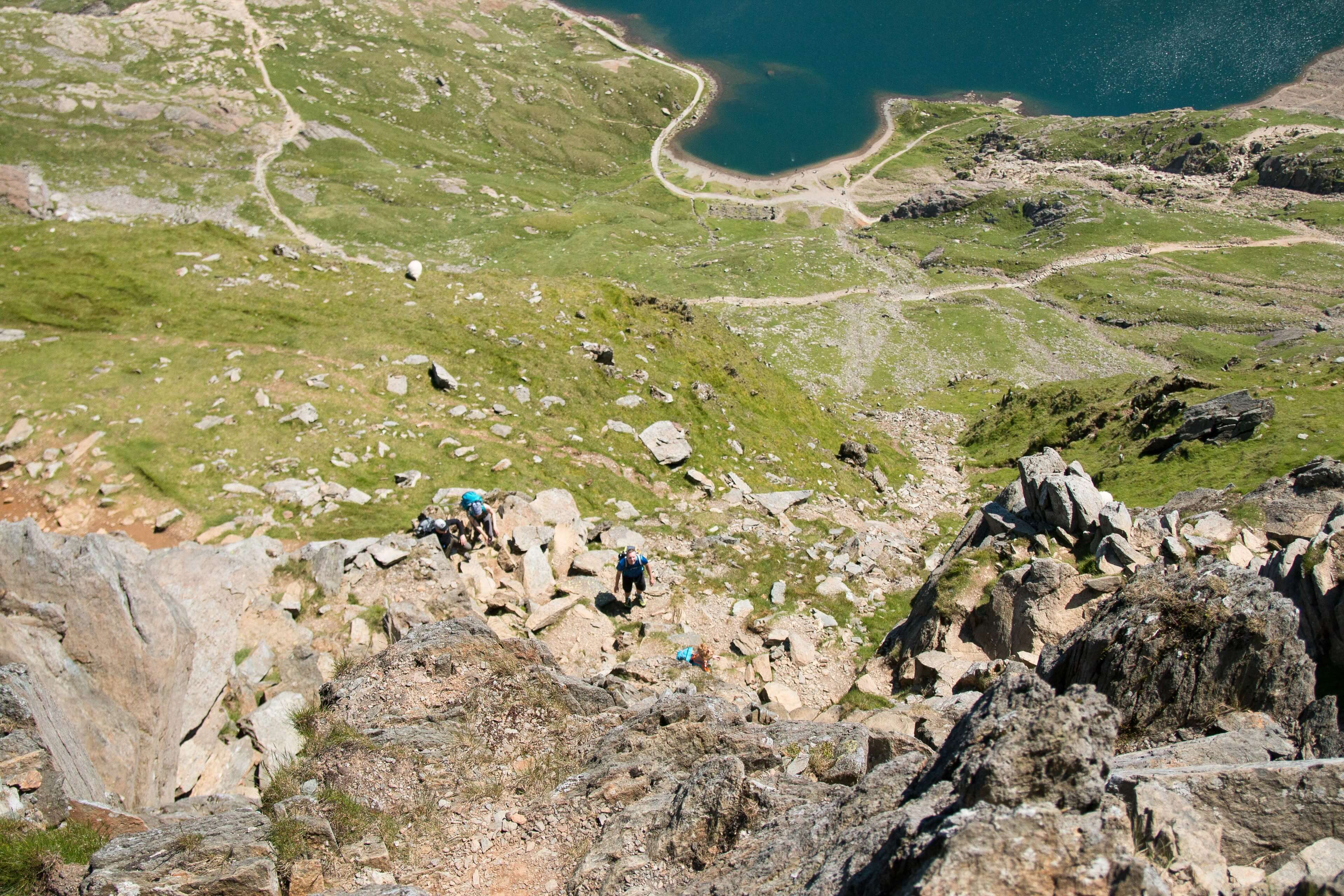 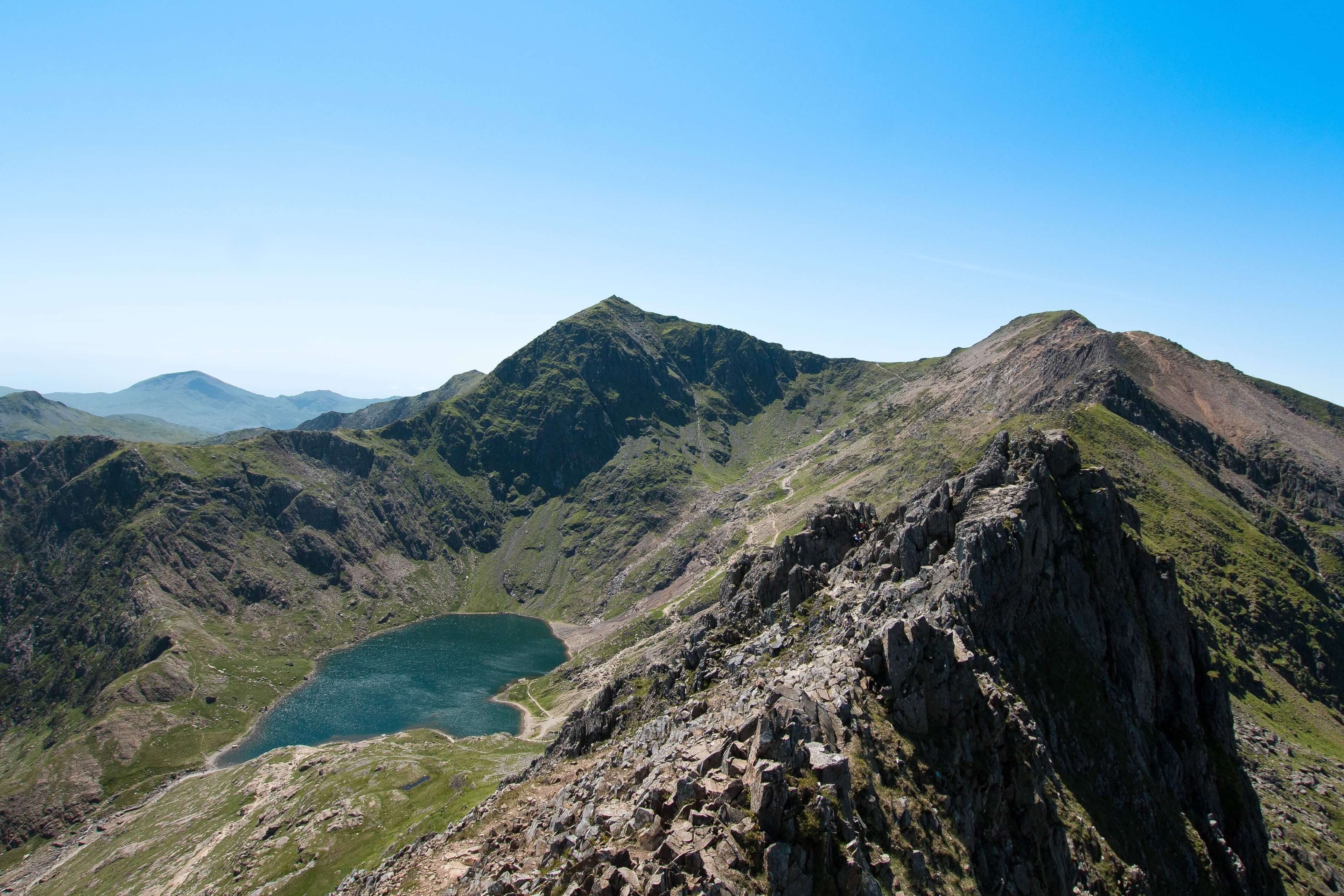 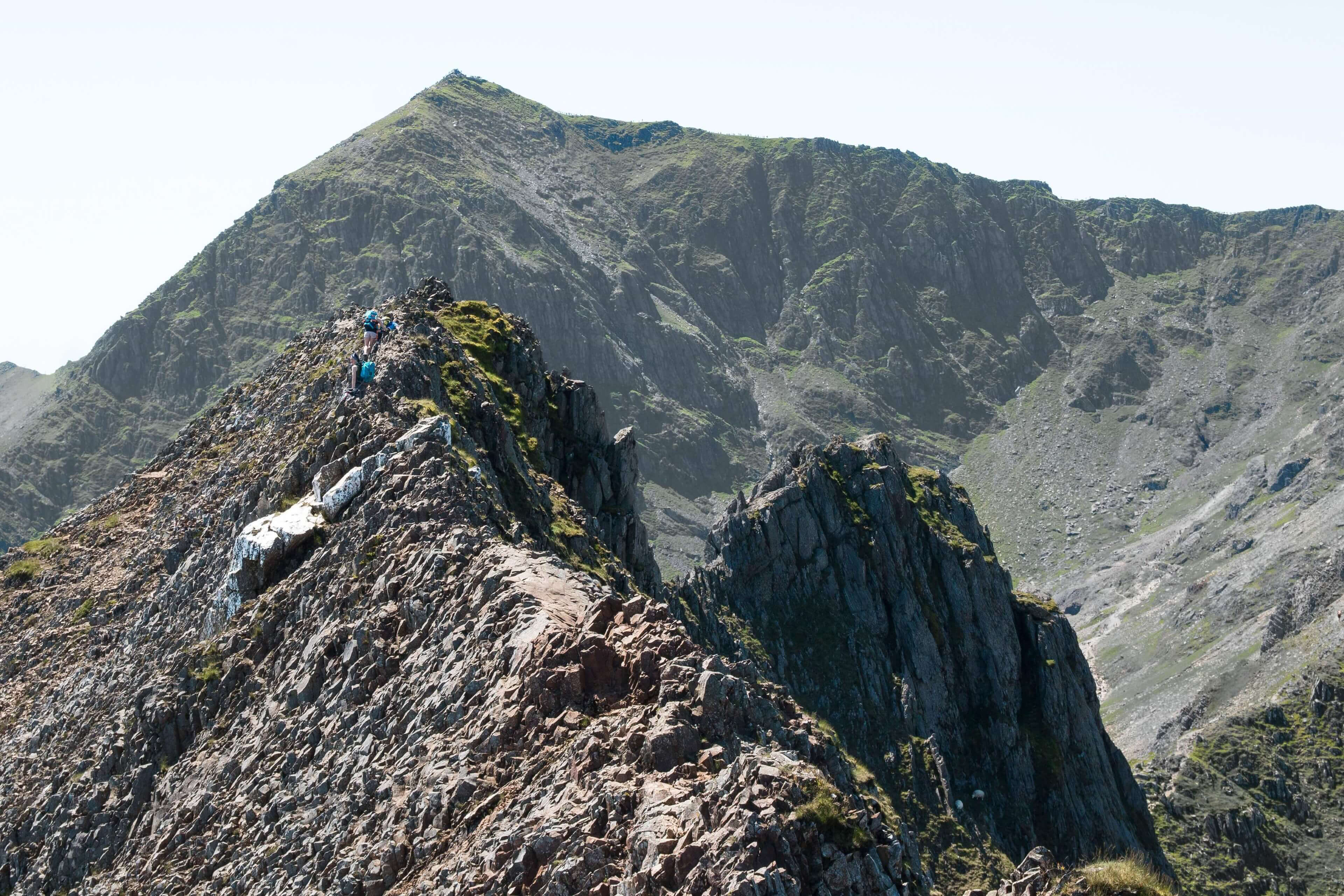 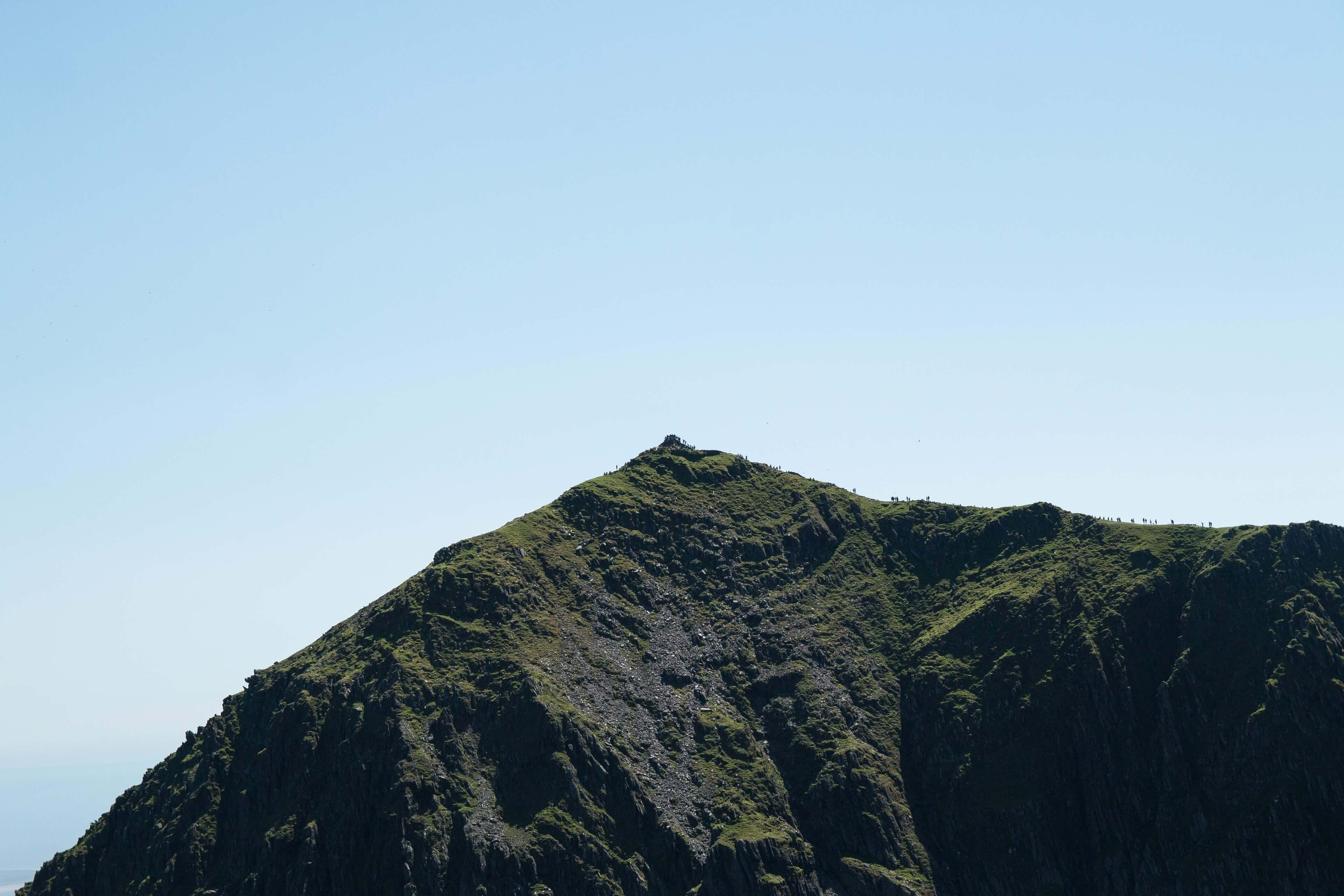 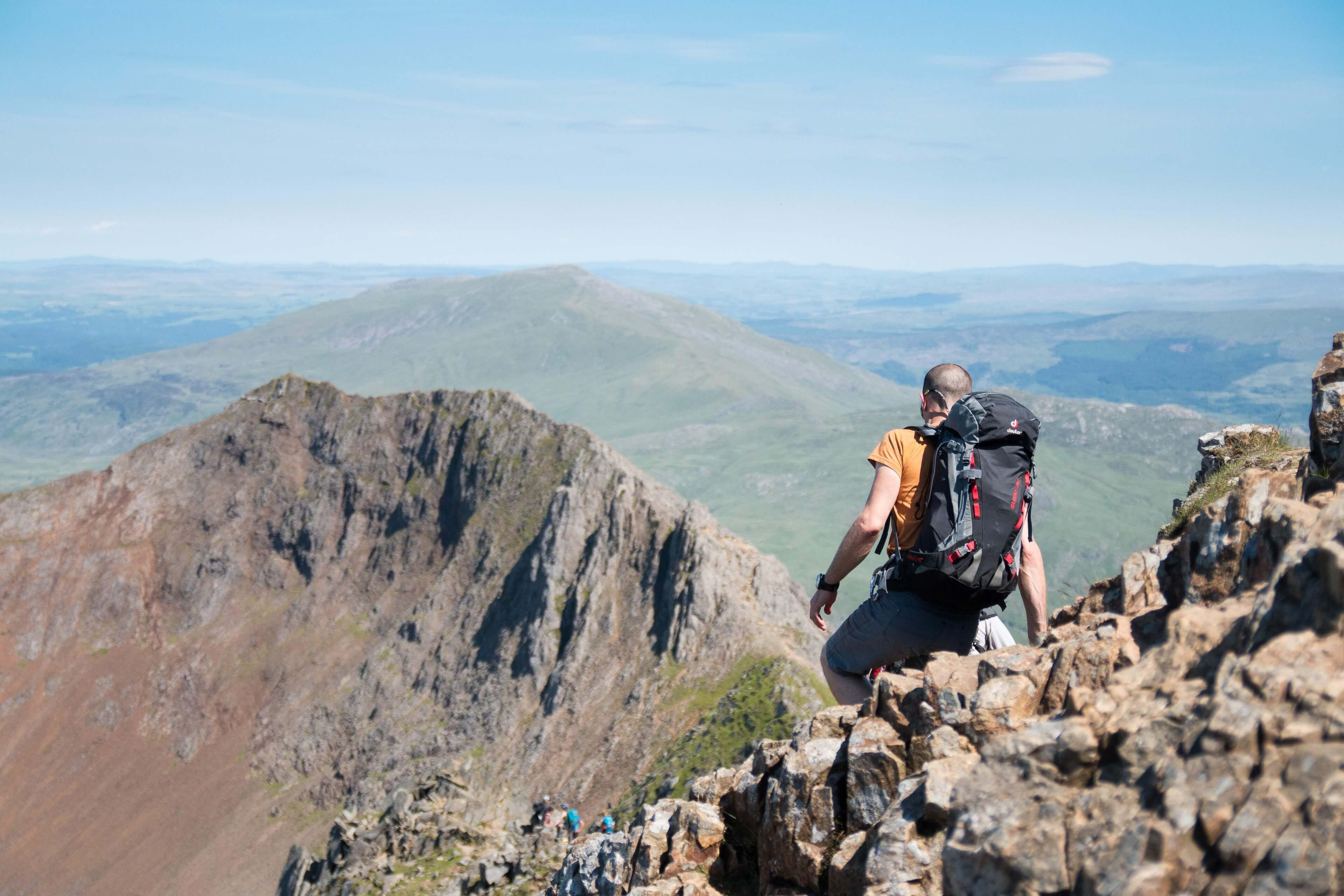 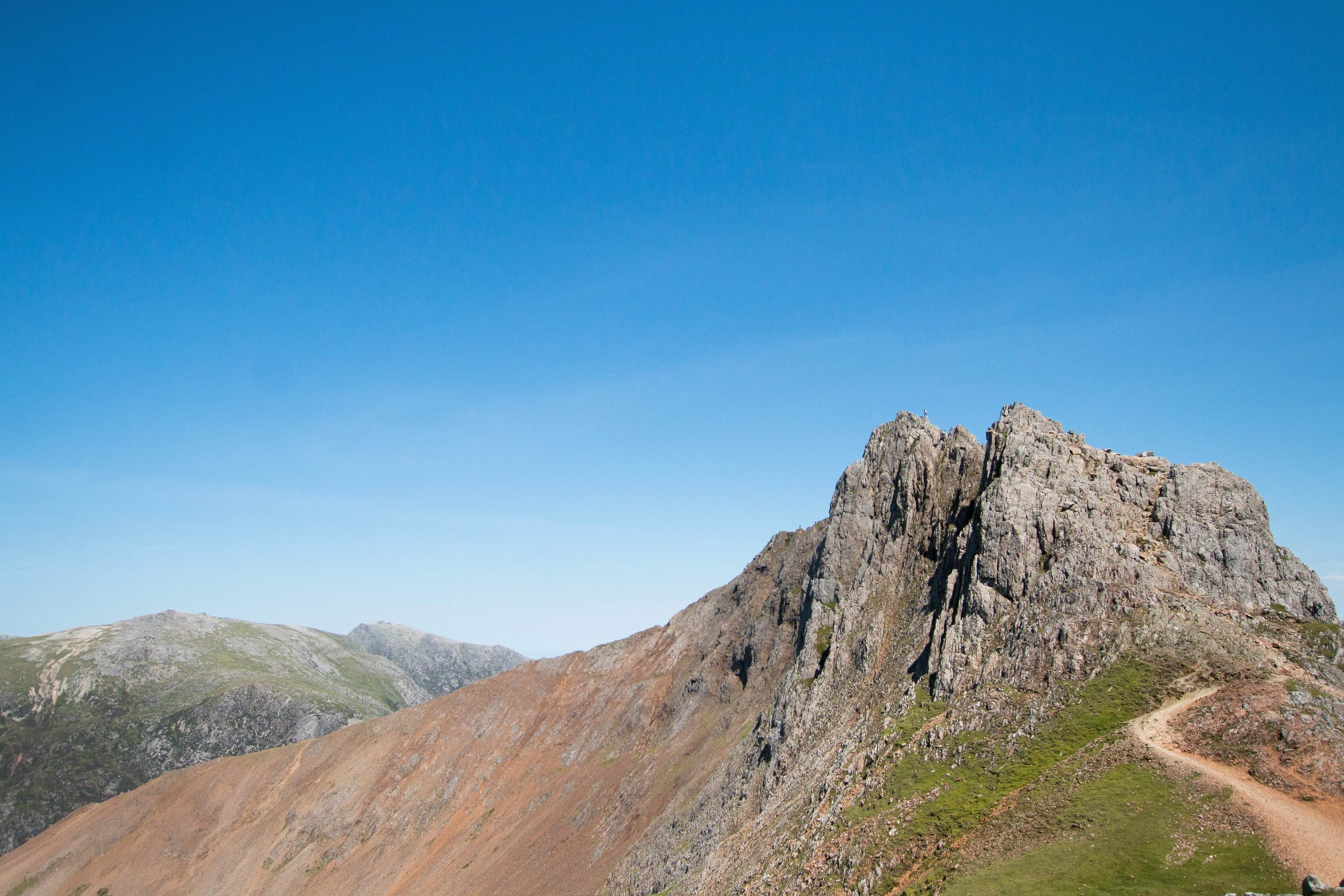 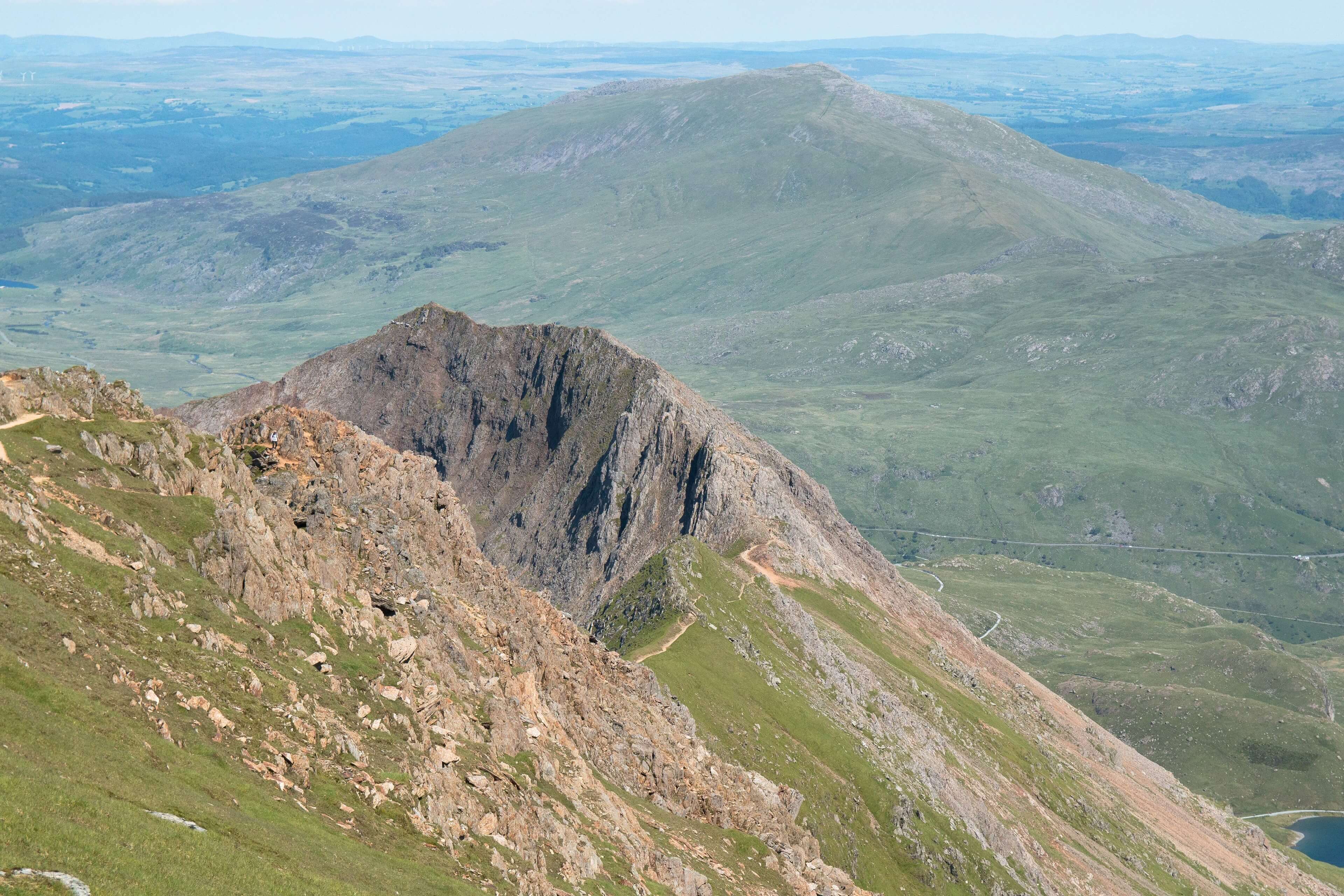 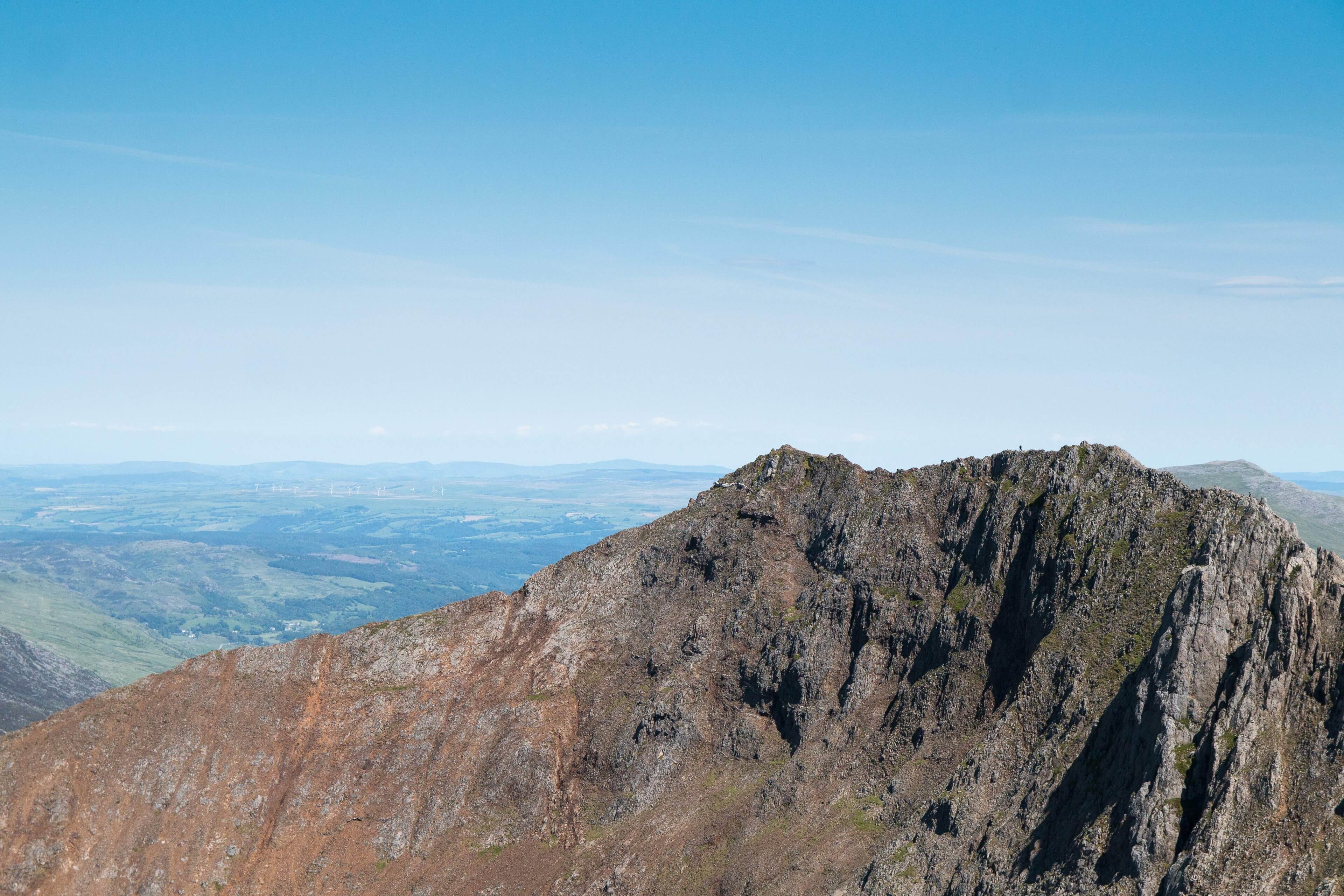 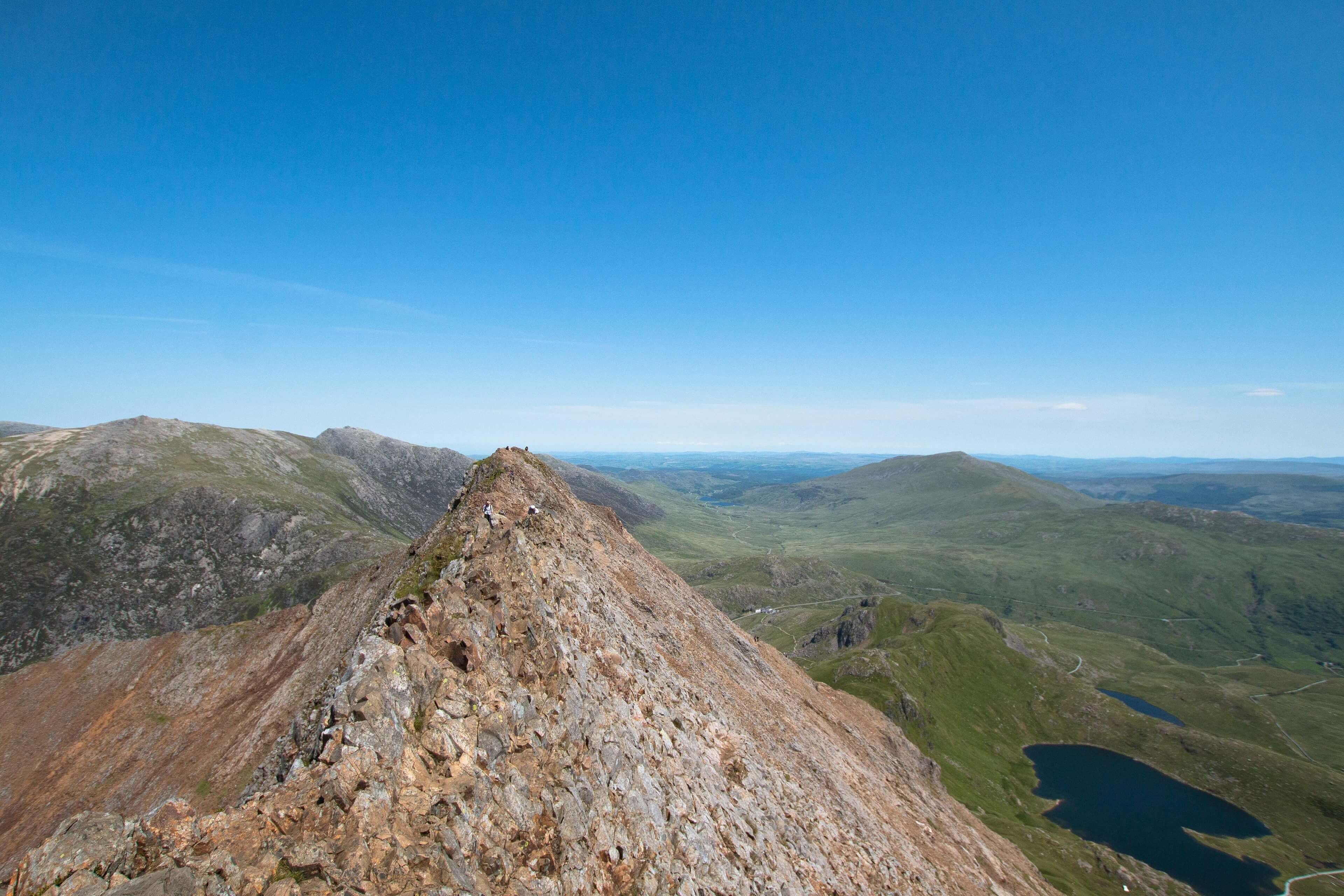 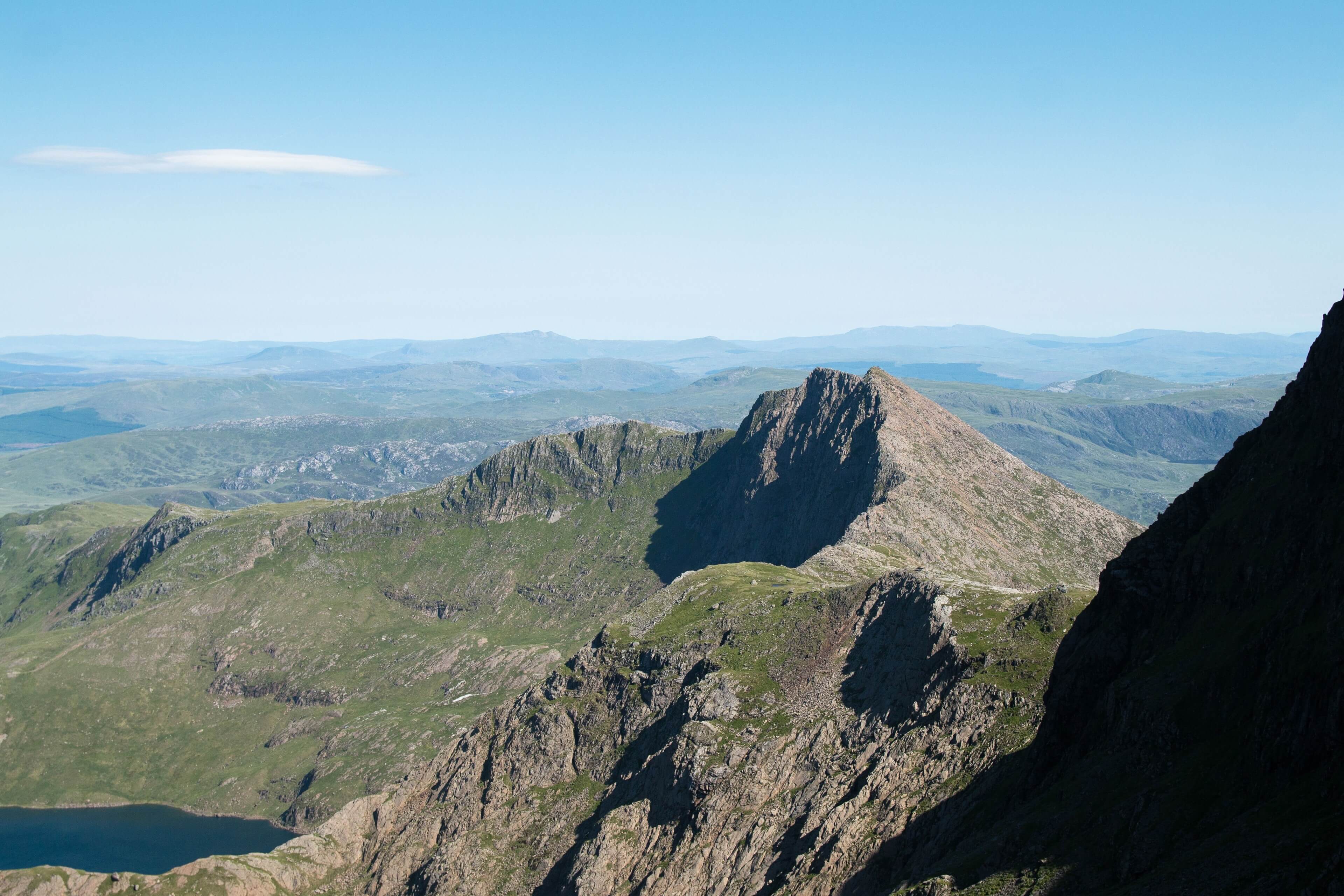 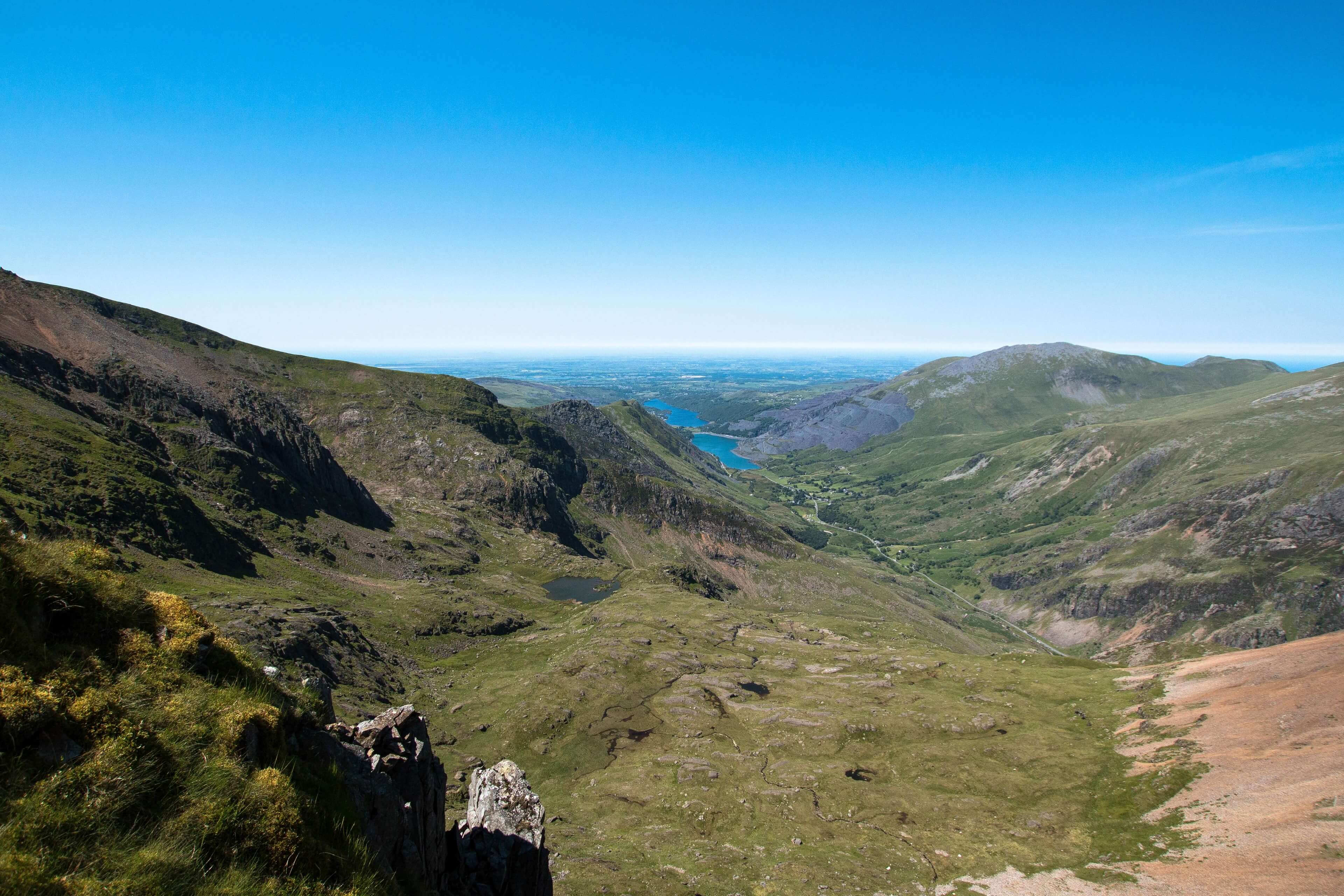 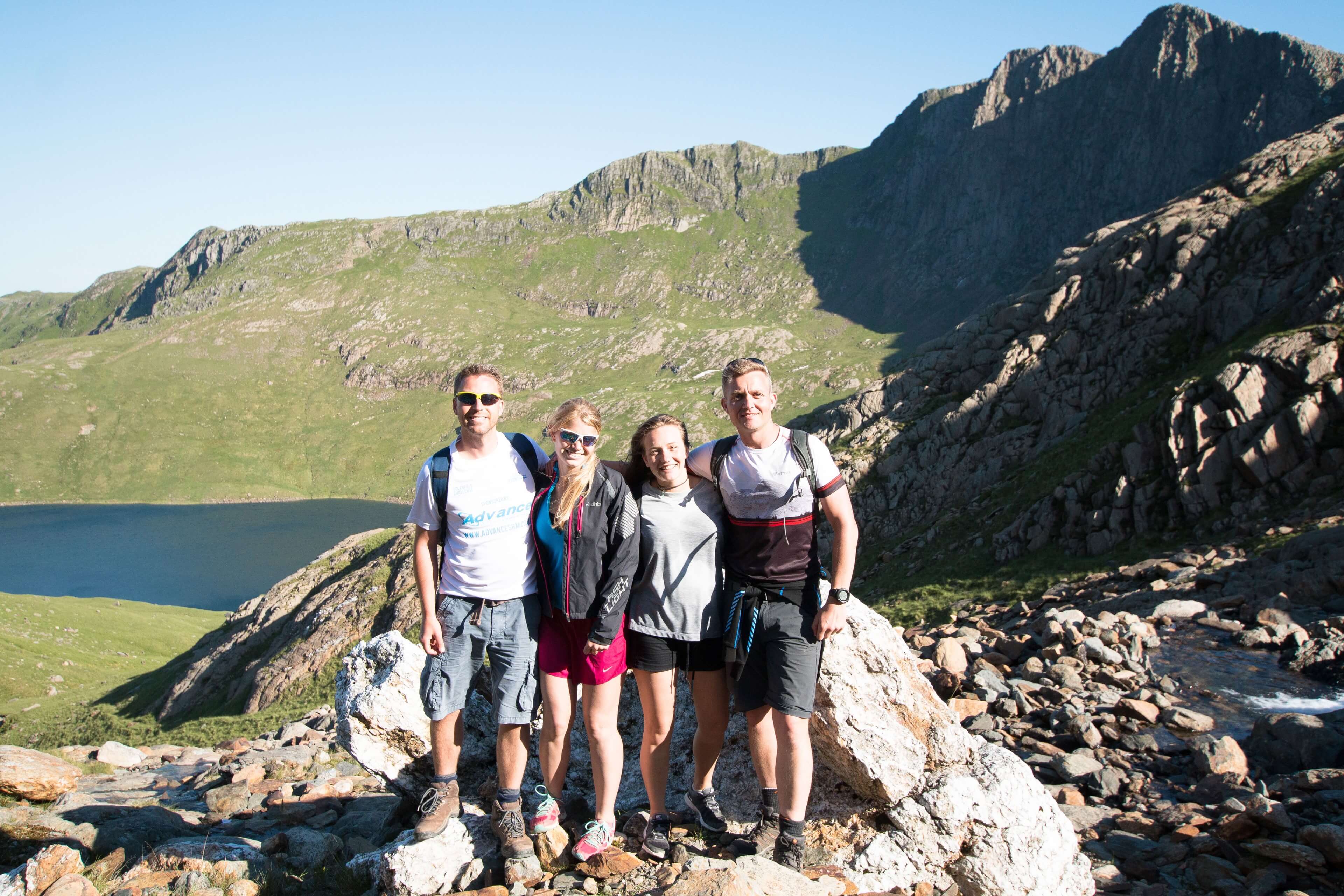 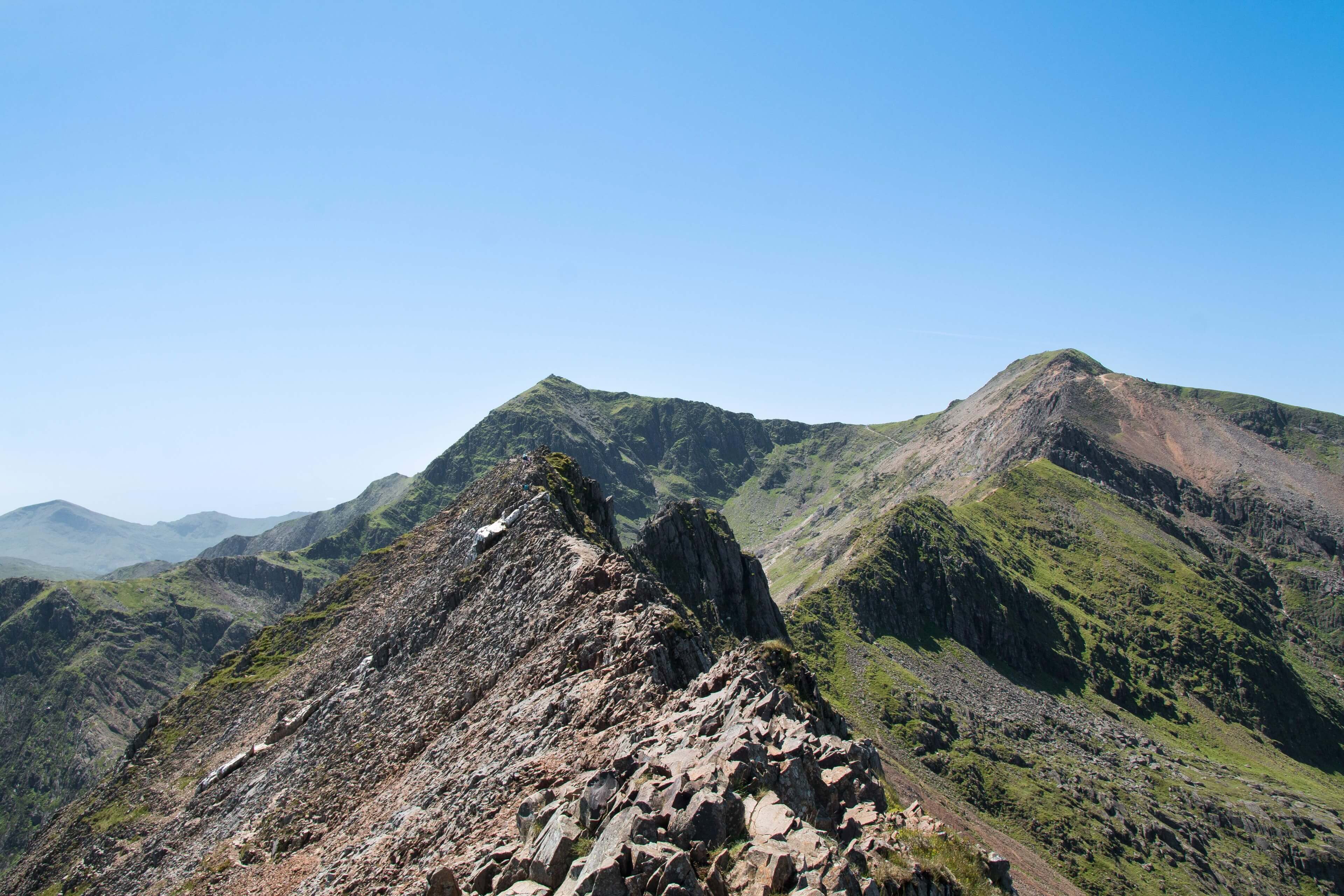 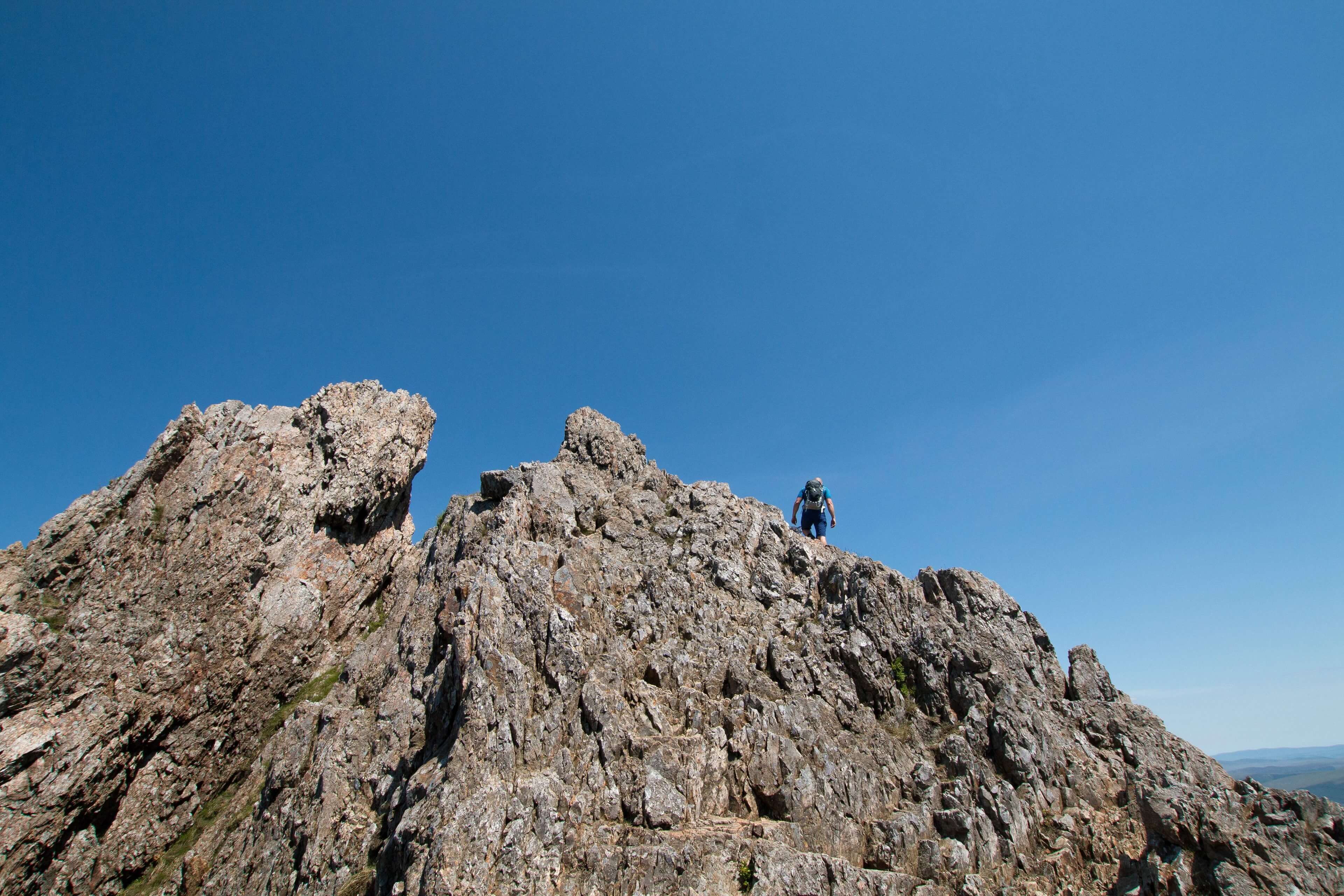 Trail Exposure buddy Peter Garrett asked if I wanted to accompany him, his wife Cara and her step sister Lissy to climb Snowdon and I immediately thought of Crib Goch as the route to take! (having already walked and ran up the 4 other routes up)

I have been wanting to do the infamous ridge for a few years now since seeing the rather awesome You Tube drone film “Crib Goch the Red Ridge” That particular film made the ridge look cool, edgy and damn right daunting!!

This is my personal account of the trail. The weather was sunny when we arrived at the extremely busy Pen-y-pass, (starting point of the Miners, Pyg and Crib Goch tracks) however the Snowdon peak and climb up to Crib Goch were covered with an ominous thick cloud and the wind was quite blustery! As I looked up I felt slightly anxious about heading up but still up for the challenge! Luckily once we had prepped our gear and set off, the cloud had lifted revealing a completely clear Snowdon Massif range ahead of us, something i've never actually seen in all my visits!

At around midday we set off on the Pyg trail which runs between the miners and the Crib trail. It immediately ascends unlike the initially flat Miners track. After a mile and 660ft of climbing I said farewell to my friends (who were continuing to the summit on the Pyg track) and turned right to start my 1000ft ascent up to the start of the actual Crib Goch razor ridge line. As I walked up the path I was followed by a group of lads (some wearing sneaker type trainers) excitedly asking if this was the “hardest” way up Snowdon. One pointed to the immediate peak at the start of Crib Goch high ahead and asked if that was Snowdon! My response being no buddy that’s just the start of the ridge, and then pointing over to the west where Snowdon stood clear and high 1.5 miles away!

On the initial climb they kept overtaking me quickly after a few stops but once the proper scrambling started I never saw them again! Just to get up to the actual ridge itself you have to scramble up approx. 700ft of twisted and blocky slabs. There are many possibilities of route finding however picking a good path is difficult and lots of forward planning is required to ensure you don’t climb to an impassable section! I could see that in bad weather the route up would be very difficult and dangerous to a newcomer! I saw some guys come down quite a steep block section with quite a few hand and foot holds so decided that that could be a good route up so zipped the camera into the backpack and started my climb.

I questioned my decision in tackling the route when I heard a warning shout from above and a foot wide piece of rock crashed down a meter to the right side of me. Considering I was on a near vertical 10m section of wall I was very very relieved!! There is a lot of loose rock on the scramble and the guy apologised however I just shrugged my shoulders, smiled and stated its one of those things! I encountered about 3 quite technical climbing sections leading up to the ridge, after the second I pulled myself up and my camera just fell out of by bag and dropped 1.2 meters onto the rock! I had stupidly zipped the 2 zips to the top and the scrambling had loosened the zips. Luckily it was minimal damage and the camera was still working (later i’ve discovered some functions have actually broken!) and I felt relieved that it had not happened during one of the actual climbing sections!

So finally after about 45 minutes of scrambling I arrived at the start of the main ridge, peering across the entire Crib Goch ridgeline which wound up and down eventually meeting up with Snowdon in the distance. It was one hell of an exposed view and surprisingly i did not personally find daunting or scary. Put me a high Nepalese wire bridge or onto top of a building and heights bother me, but mountains not so much!

As I looked across Crib Goch I could see the dots of people scrambling along, mainly hunched and holding the top of the ridge for support. The wind still quite blustery, ahead was a half metre jagged top section and to the right of me was a sheer vertical drop of around 1000ft. The left side was not sheer but still a steep gradient that I would not want to fall down!

The first steps onto the ridge are just pure excitement! The satisfaction really kicks in that you are walking up to Snowdon the adventurous way! There is no path as such, just a meeting of jagged rocks from both sides to the peak. I tried my best to stay on the highest line as possible for personal satisfaction, however there are small ledge sections that are best navigated on the left side, especially when the wind was producing the odd occasional strong gust! I passed a group of 3 walkers coming the other direction (it’s awkward to pass each other at this point!) and saying they could not wait to start descending! I think mainly as the crossing does take quite a long time (compared to the other routes) and which is not the best for those not liking the exposure!

One thing I really like about the route is the mutual respect everyone has for each other. Everyone is greeted with a mutual smile, nod and obligatory funny about why we are mad enough to be here! It’s a far more personal and rewarding experience than the far busier other trails. Once the first ridge is section is complete you can pat your back as that’s the scariest part of Crib Goch done. However a steep section of scrambling is required again which I thought was trickier than the first ascent.

There is actually an easier route down the left side with negates the need the climb over, however I decided to keep true to a satisfying route and climb up following two guys up a steep section of quite exposed jutting out rock face. Once on the top you have a great view right down below looking to the next ridge. This point feels very exposed and you are up very high with sheer drops all sides! What goes up must come down so a scramble down brings you to quite a wide flat area of safety which is not exposed at all. It kind of feels like a safe half time stop! There was even a few sheep grazing about who had obviously decided that the grass was far tastier the more dangerous it become! This feeling of safety is short-lived as soon enough you are scrambling up again as you are confronted with another sheer slab wall with various assortments of jagged rocks poking out in all directions. I definitely felt that upper body strength was more important in this section as I had to haul myself over bigger sections of slab with no footholds to help, although I think maybe I was feeling a bit tired and my route finding was getting a bit lazy!

Once on the top I felt really exposed and had a great view south west towards the Snowdon summit and could clearly see all the ant like people queued up on the trig point taking their selfie photos! Looking back towards the East was the highlight though. The first ridge was shown in all its terrifying beautifully sculptured glory! The razor ridge was really apparent and seeing the small dots of people on top looked scary as hell but awesome and really cemented that rewarding feeling knowing I had walked across there!

The final section is another razor ridge section much like the first but steep upwards and a sheer drop now to the left side so most people I passed where scrambling slightly on the right hand side. Once you have cleared this it’s a straight forward walk up to the trig point peak of Garnedd Ugain (which is only 20m short of Snowdon itself) at which point I looked back across the entire ridge line with a big contented smile knowing that I had finally conquered Crib Goch!

It really was a fantastic walk across, beautiful, quiet with enough danger to keep you properly focused all the way across. Obviously I am fully aware I done it in great weather so should it be raining, overcast or slippery it would ramp up the difficulty a lot so anyone planning to do should take caution! It was time to push to the Snowdon summit. I had been becoming increasingly aware that my journey over the ridge had taken longer than I thought so was worried that my friends had got fed up off waiting for me!

The trail joins up with the Llanberis path for a short stretch down (also meeting up with the Pyg and Miners trails) then straight up to the Snowdon. It was a bit disappointing going from a quiet route to the masses of people heading up to the summit, however i think it’s great that lots of people make the effort to get outdoors into the mountains even if it is by the Llanberis train!

I finally reached the summit and found my friends chilled out with some beers!! So for a while i joined with the chilling and we sat enjoying the beautiful views with a shot of Josef Meiers/redbull (random I know) to celebrate all getting to Snowdon and also a toast to Lissys first proper mountain adventure!

We choose the easiest path back to Pen-y-pass which is the miners track. A fairly steep initial descent but then almost flattens out all the way back. The views are still great as you come down into a valley and past the lakes Glaslyn and Lyn Llydaw. We stopped at Glaslyn while Cara and Lissy braved an extremely cold swim, twice! It was getting to late afternoon now and the suns shadows on the mountains produced a very peaceful warm glow. People were heading up still with cameras, tripods and tents and I was feeling very envious as I knew they were heading up to watch the no doubt incredible sunset that would be on show that evening! I would love to wild camp on the summit during sunset/sunrise, maybe later this summer!

Finally we arrived back at the start around 7.30pm, a total of 10 miles and 2700ft of ascent had been walked, a few well deserved beers and good food was on the cards! To sum up the day, Crib Goch was pretty awesome! The route provides a challenging adventure that the other trails in my opinion can’t compete with. It’s certainly not easy but anyone with good fitness, head for heights and comfortable with a bit of moderately steep scrambling will enjoy. The views on the route also can’t be rivaled, especially looking back at the first section of ridge line.

I think next time I will attempt to do late afternoon/early evening to see the evening light on the mountains which would look really magical on a sunny day! I cant wait to return!

Ive attached the route for the trail i took.

Any questions feel free to ask :)