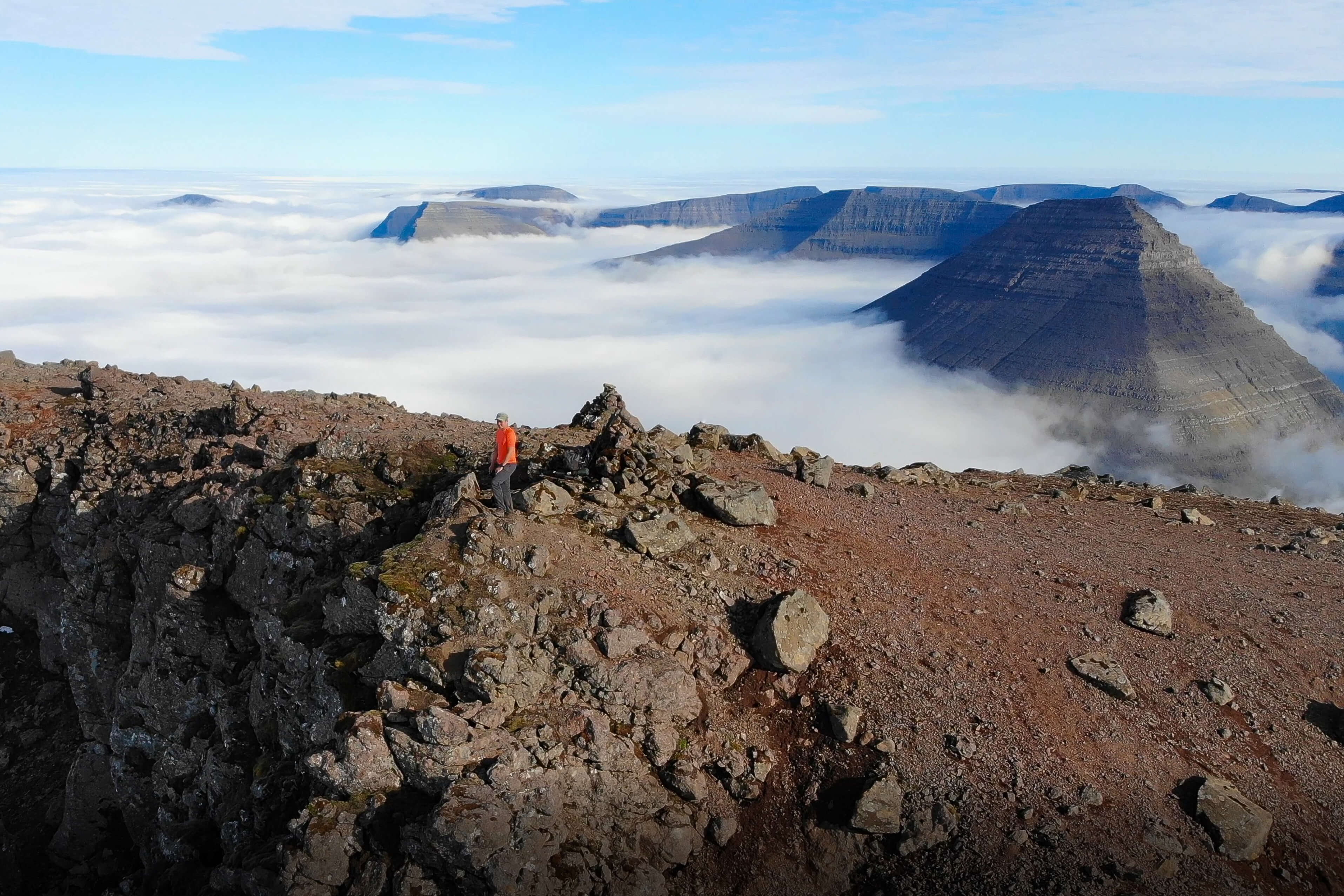 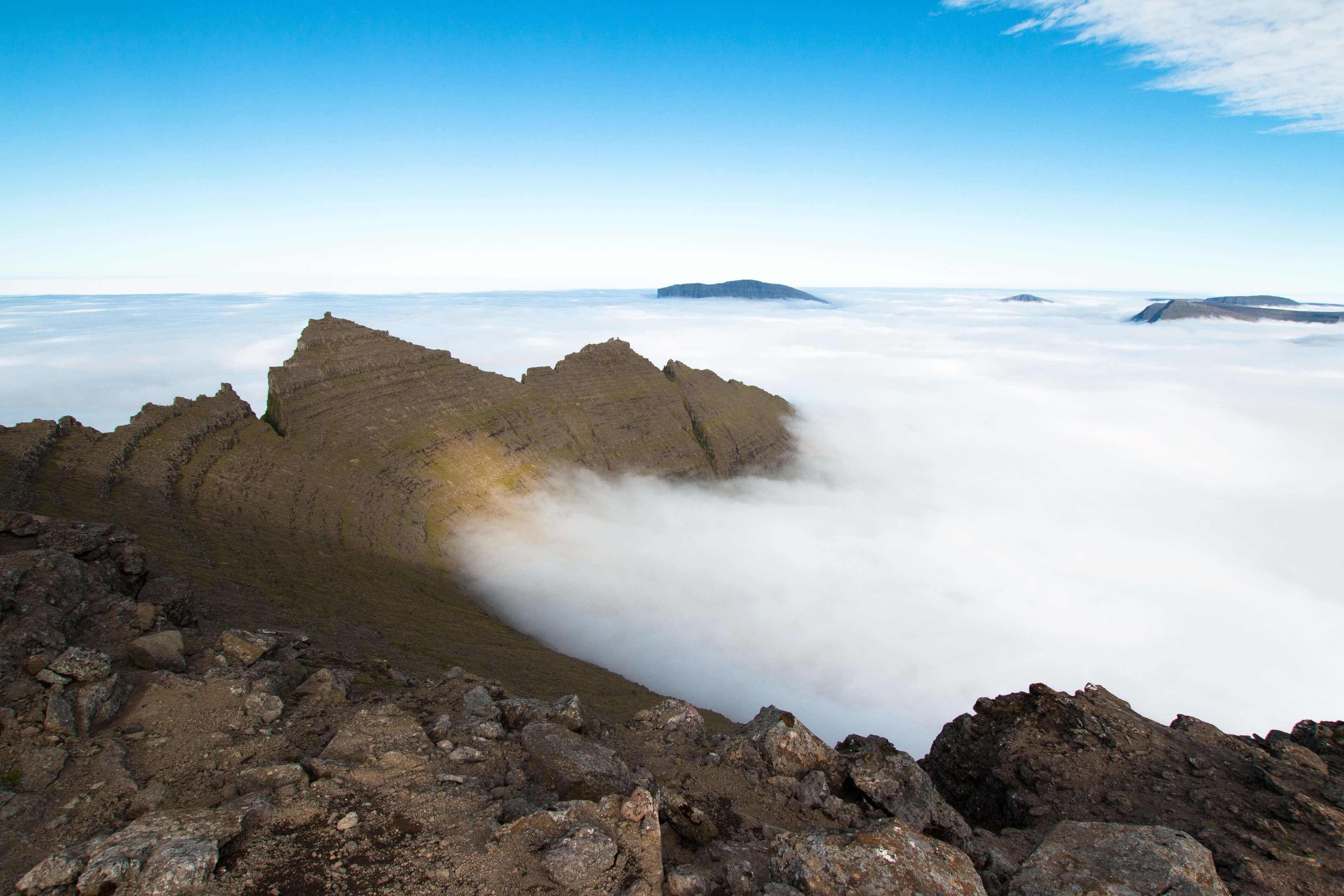 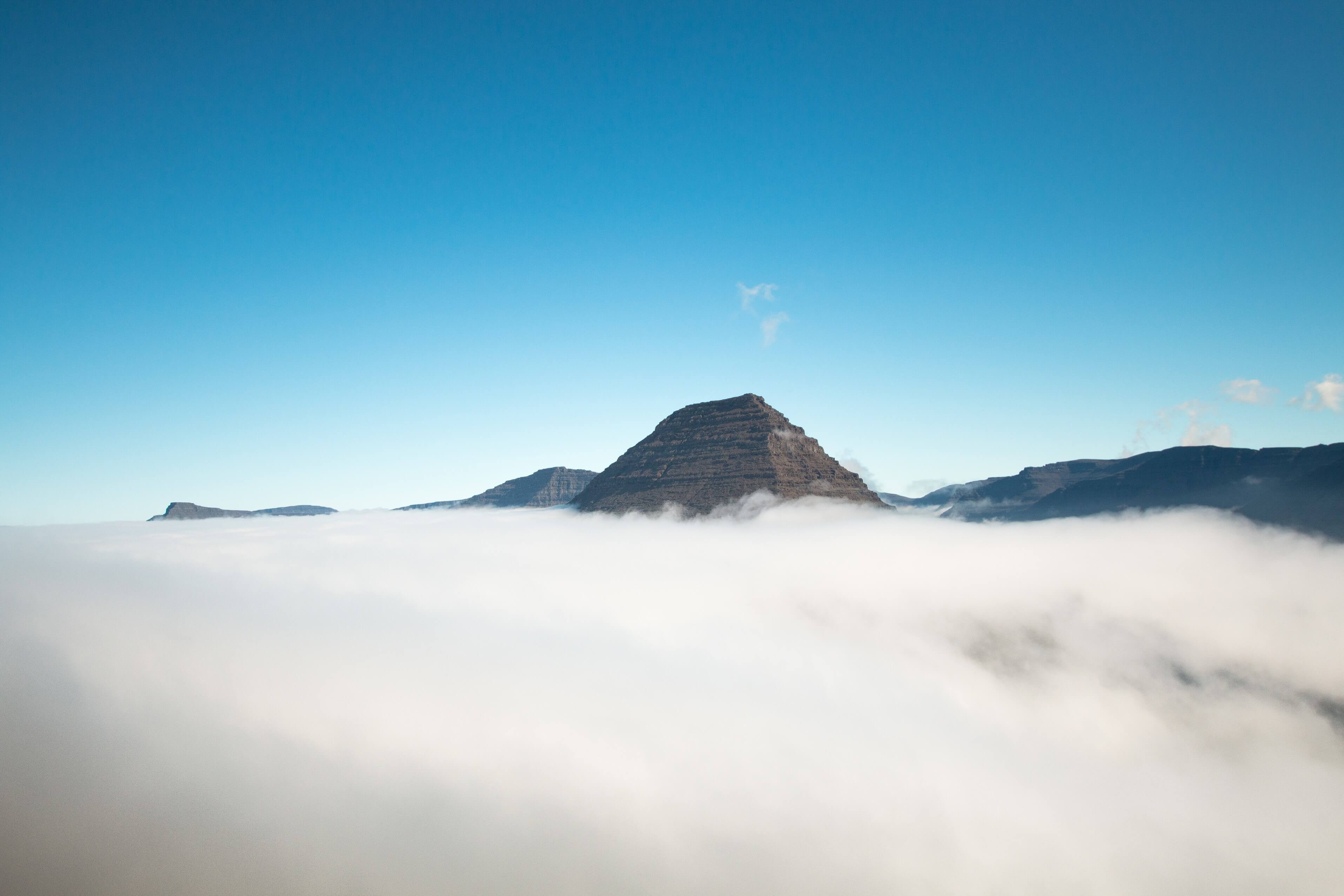 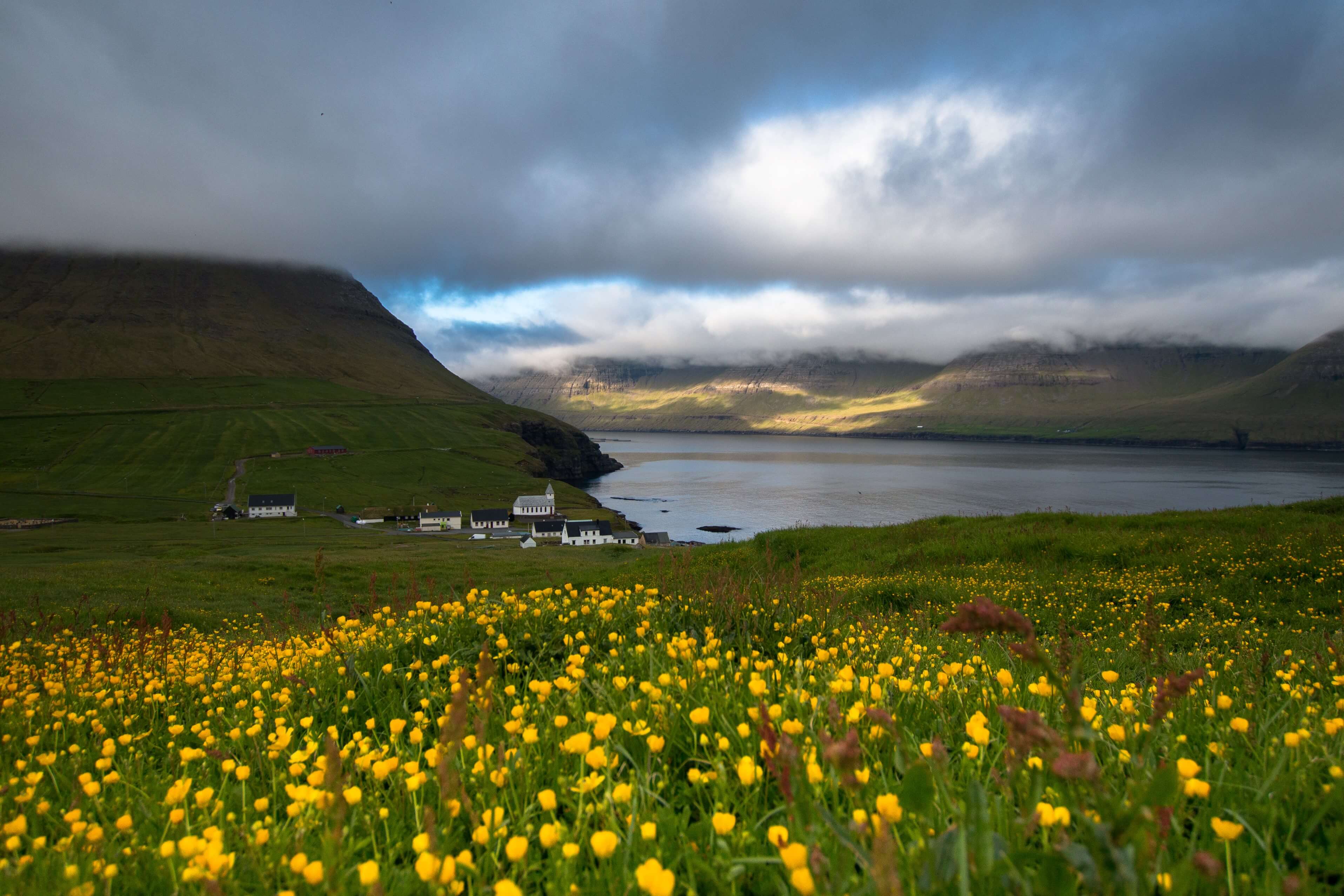 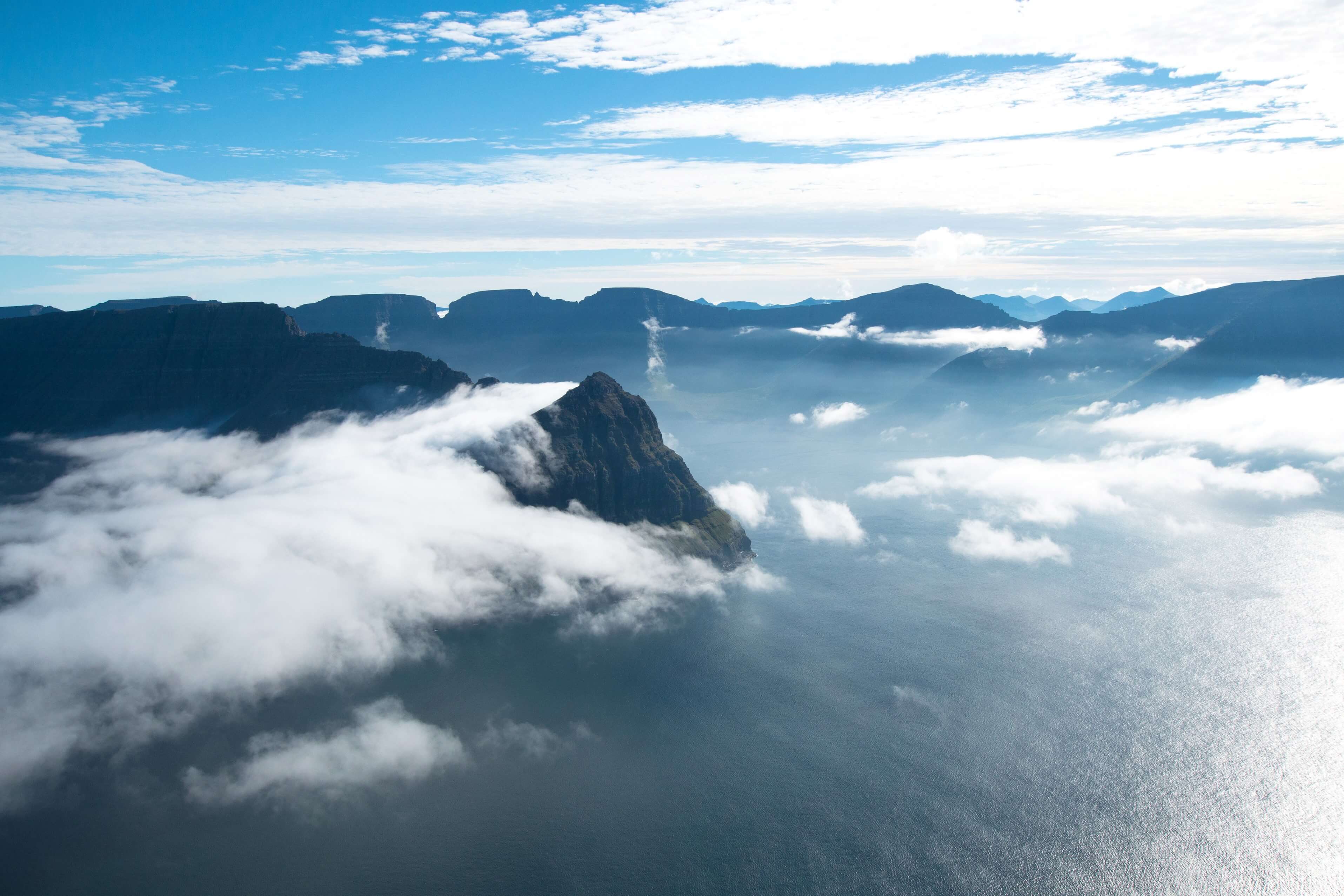 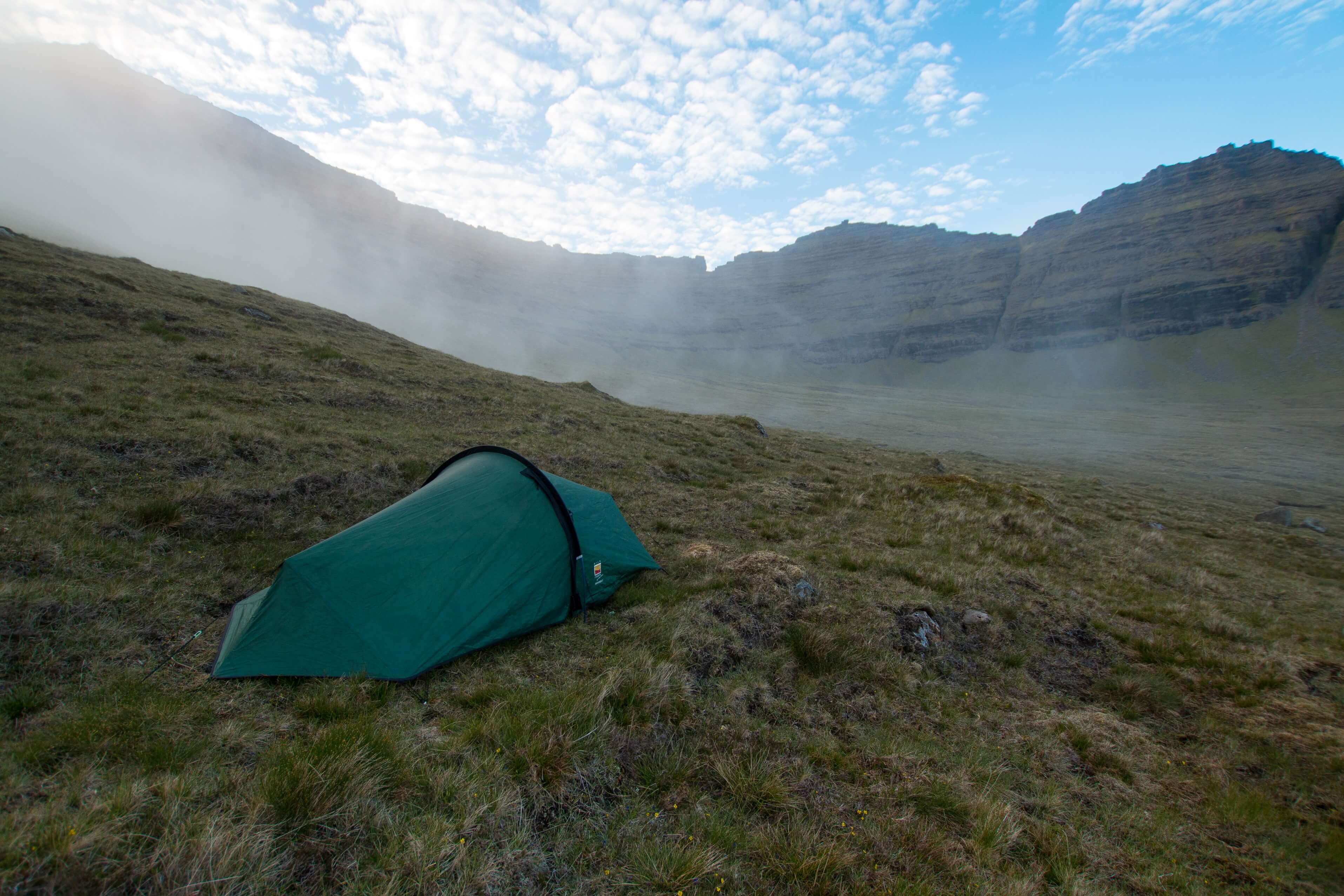 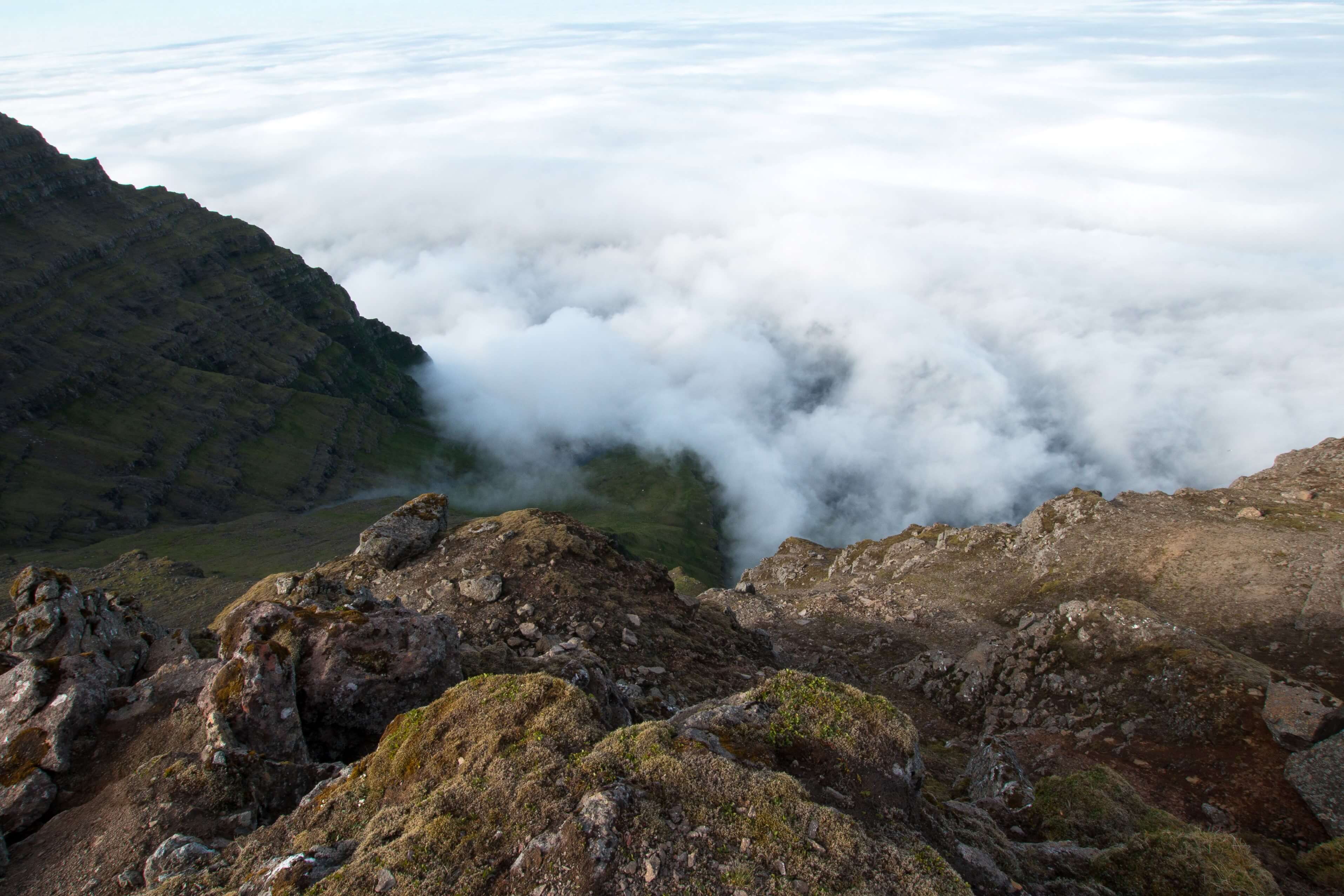 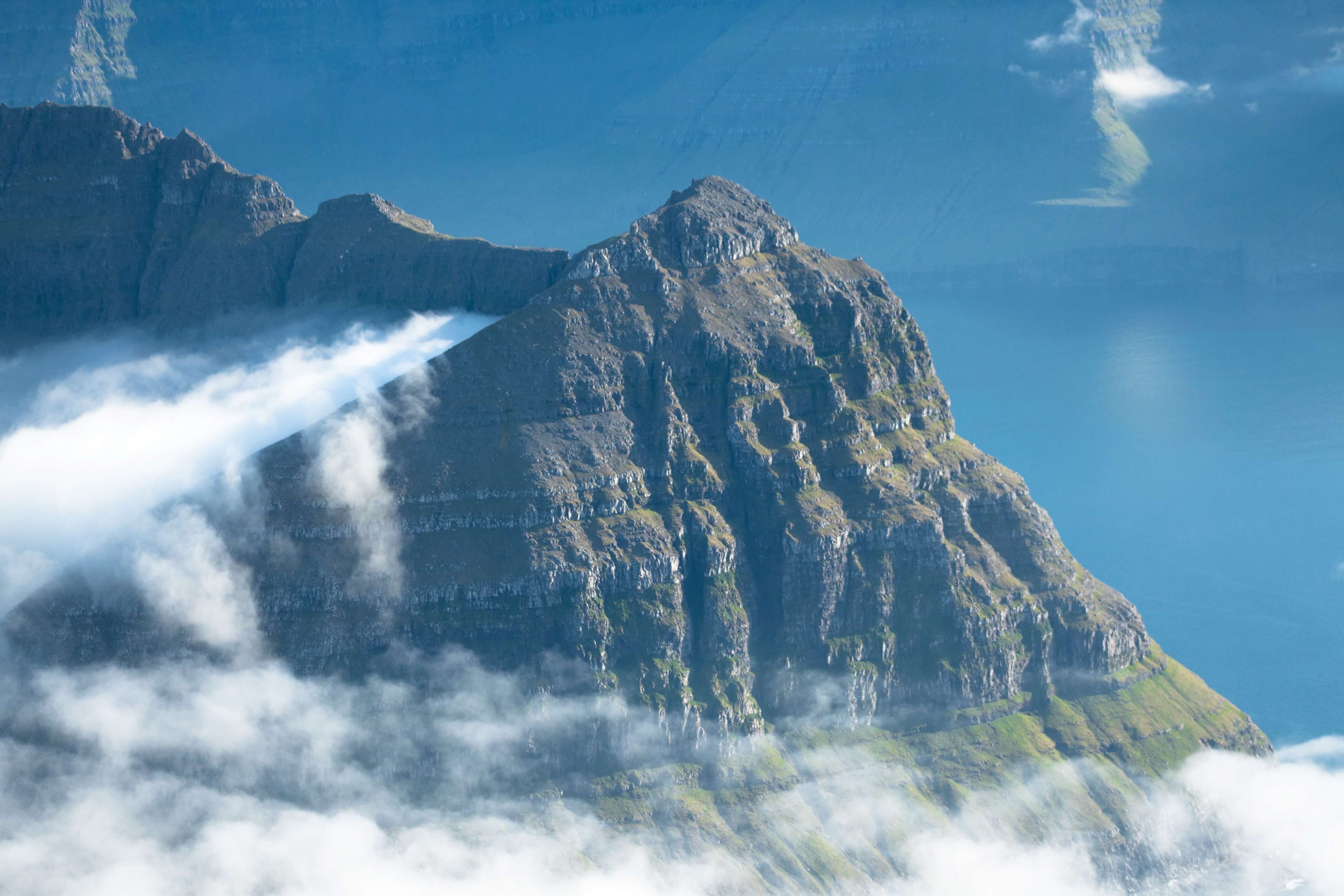 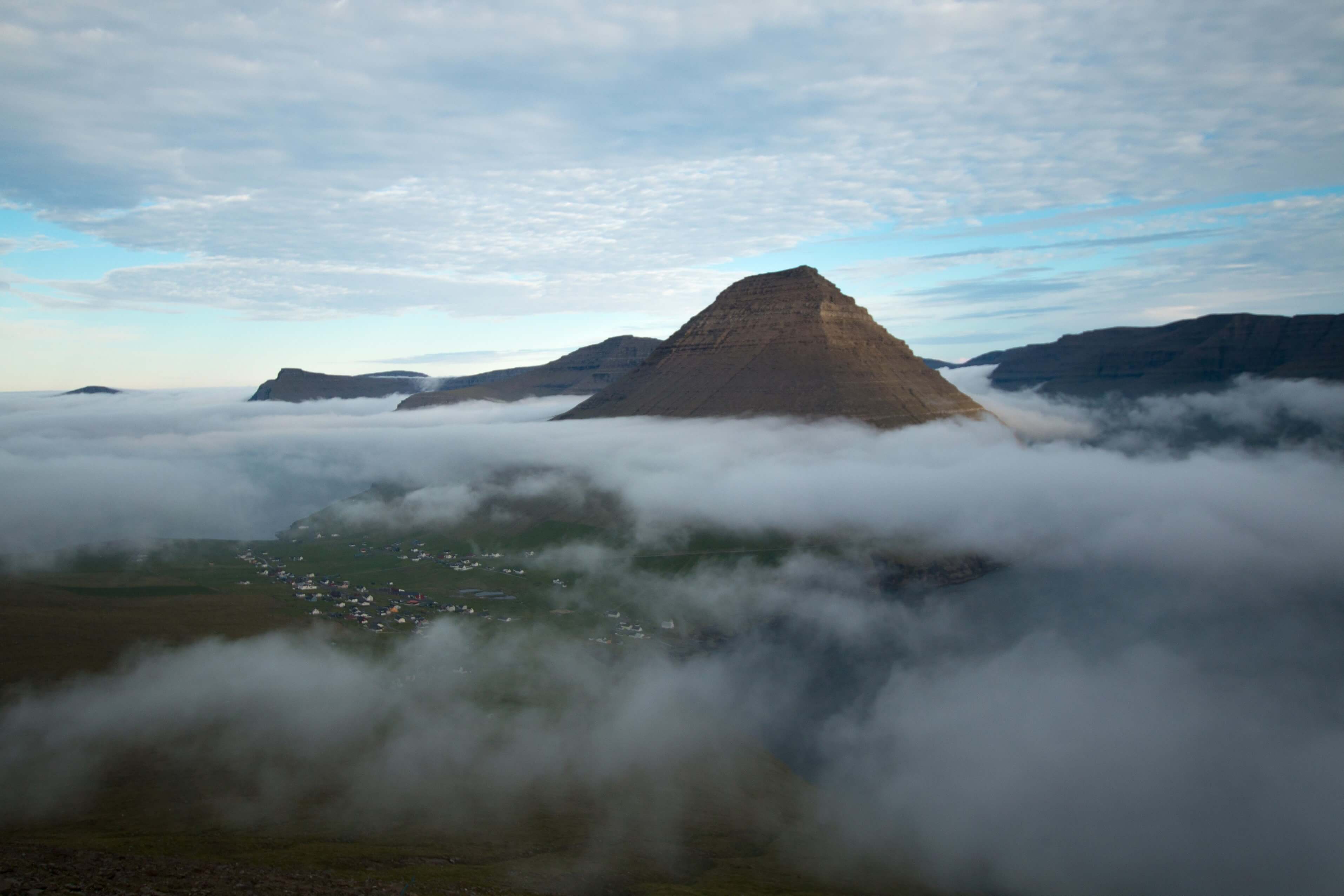 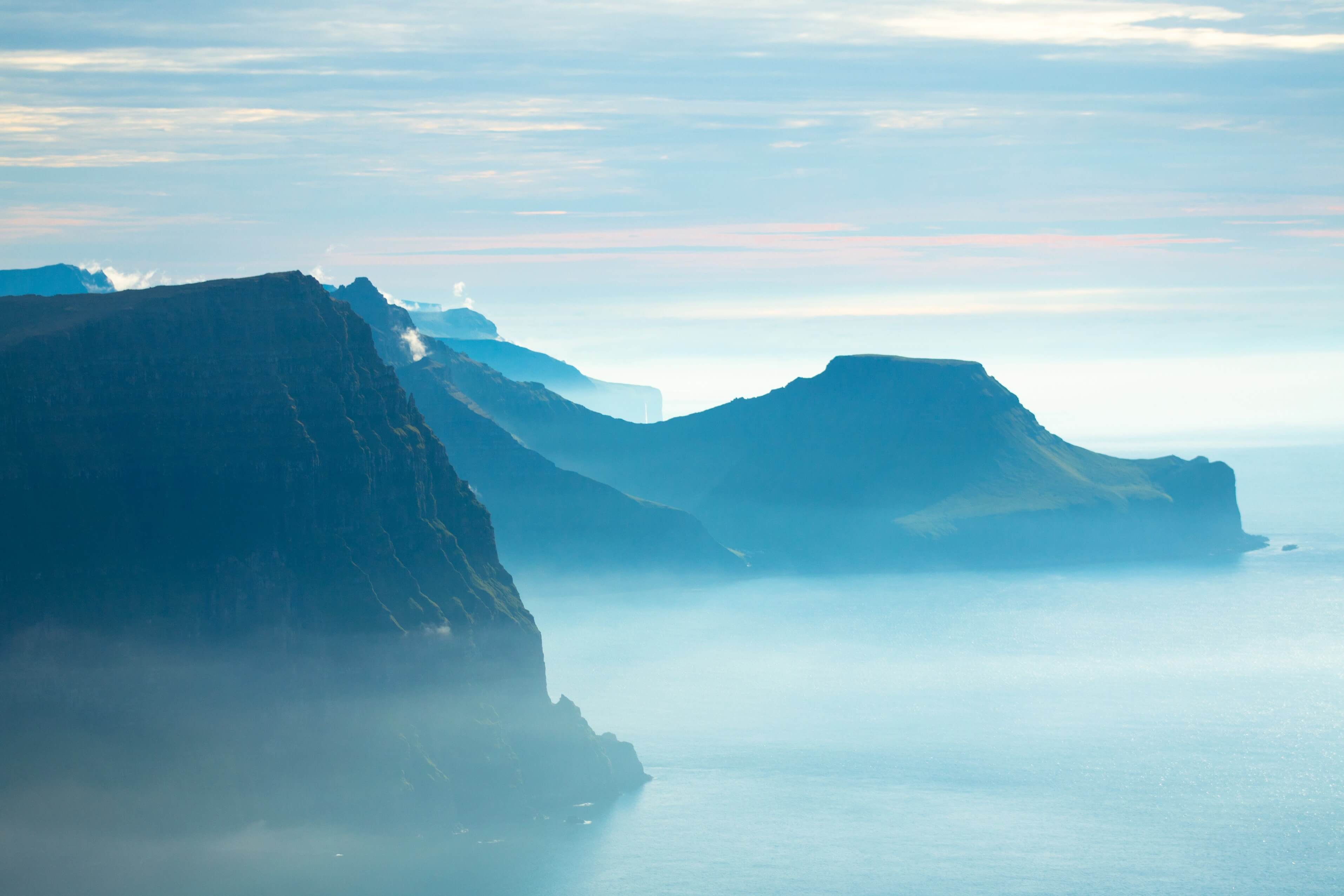 Looking Across To Kalsoy 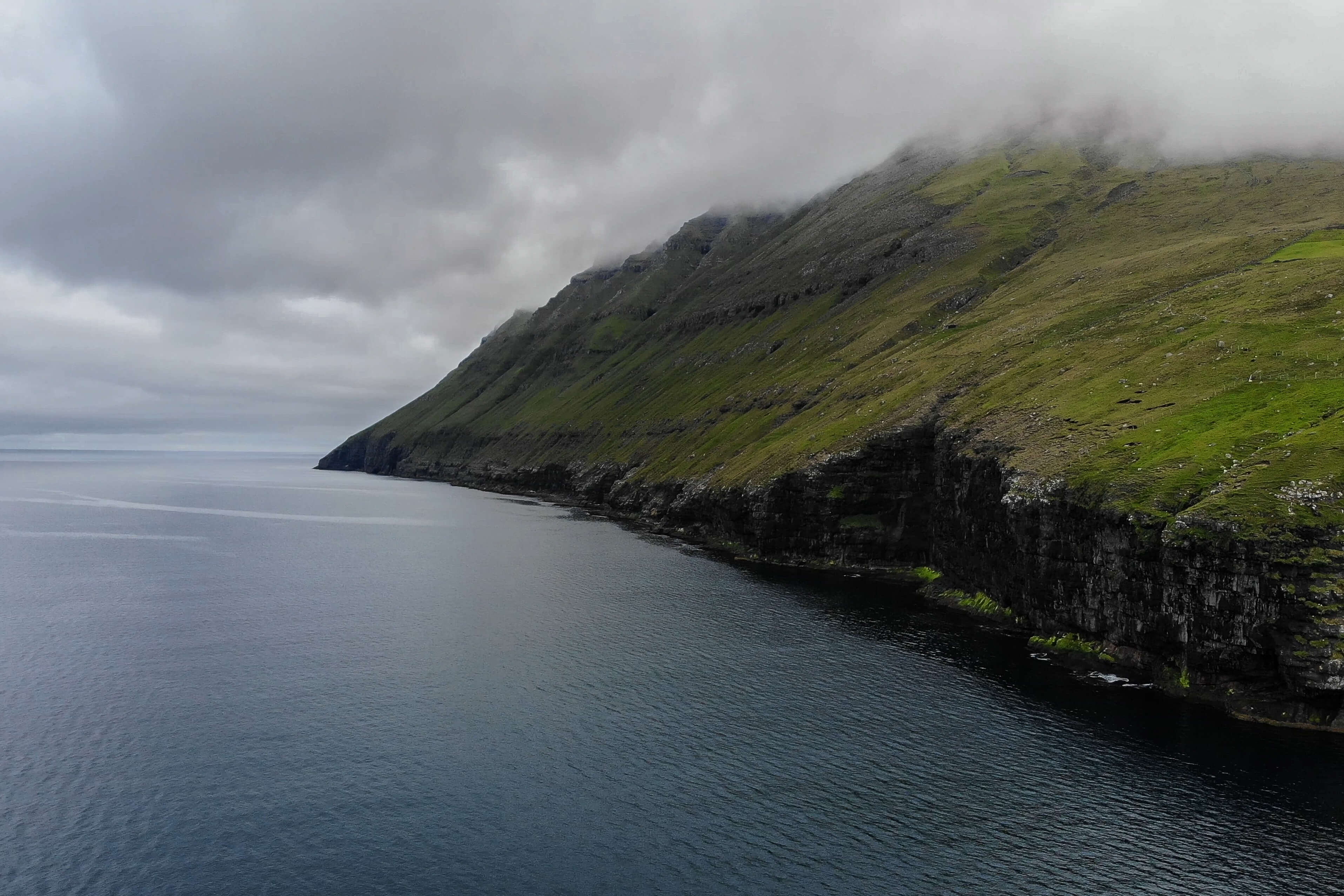 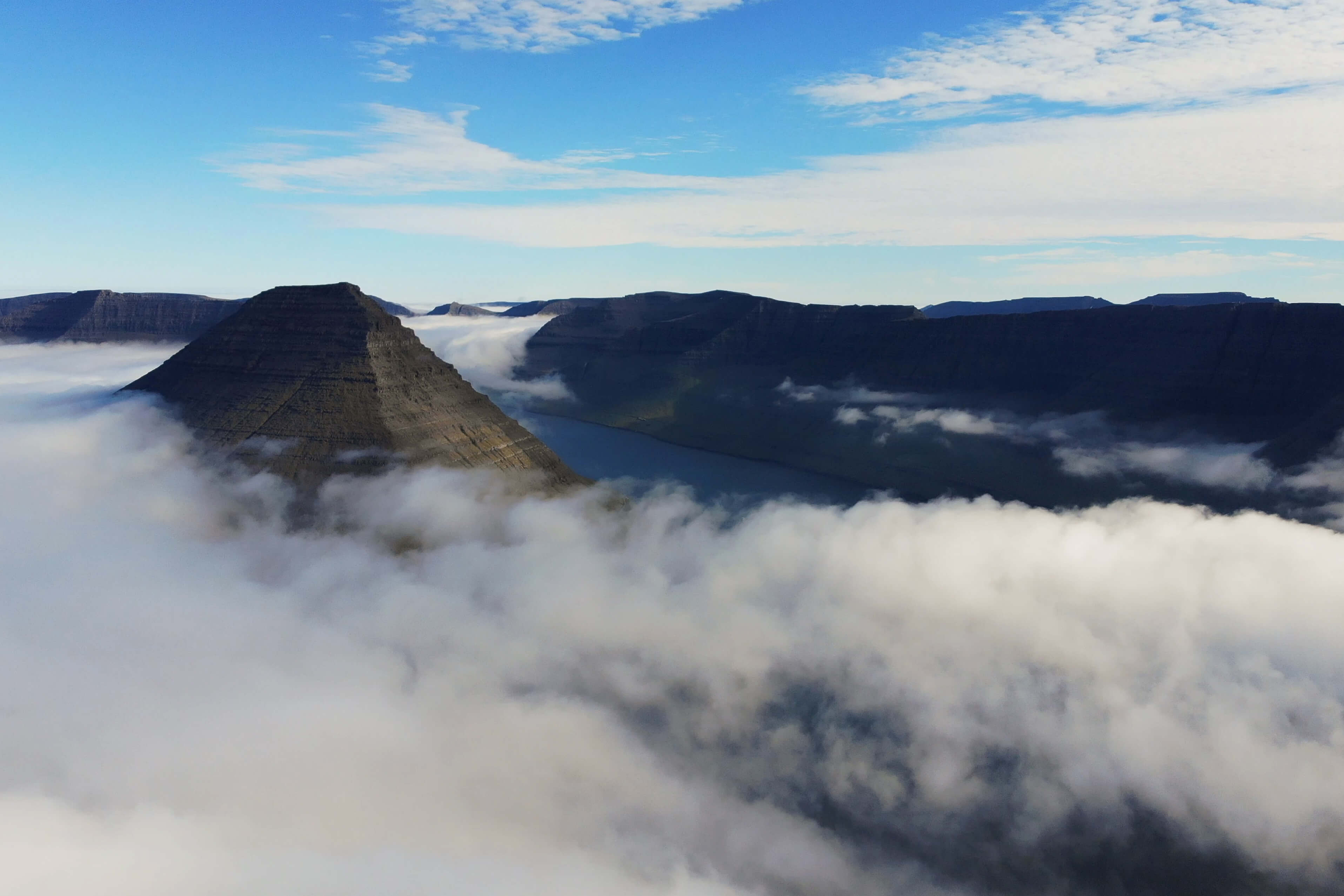 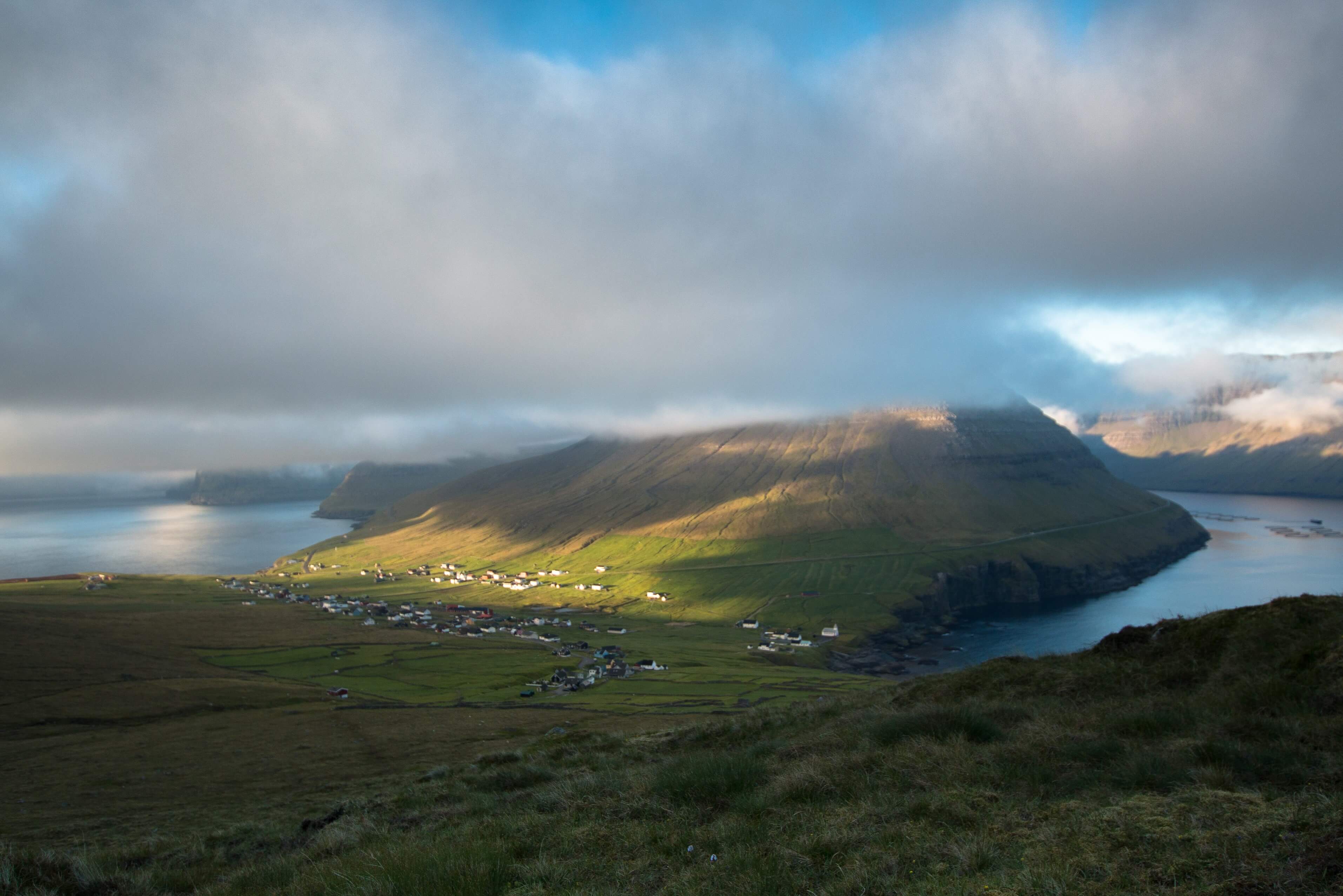 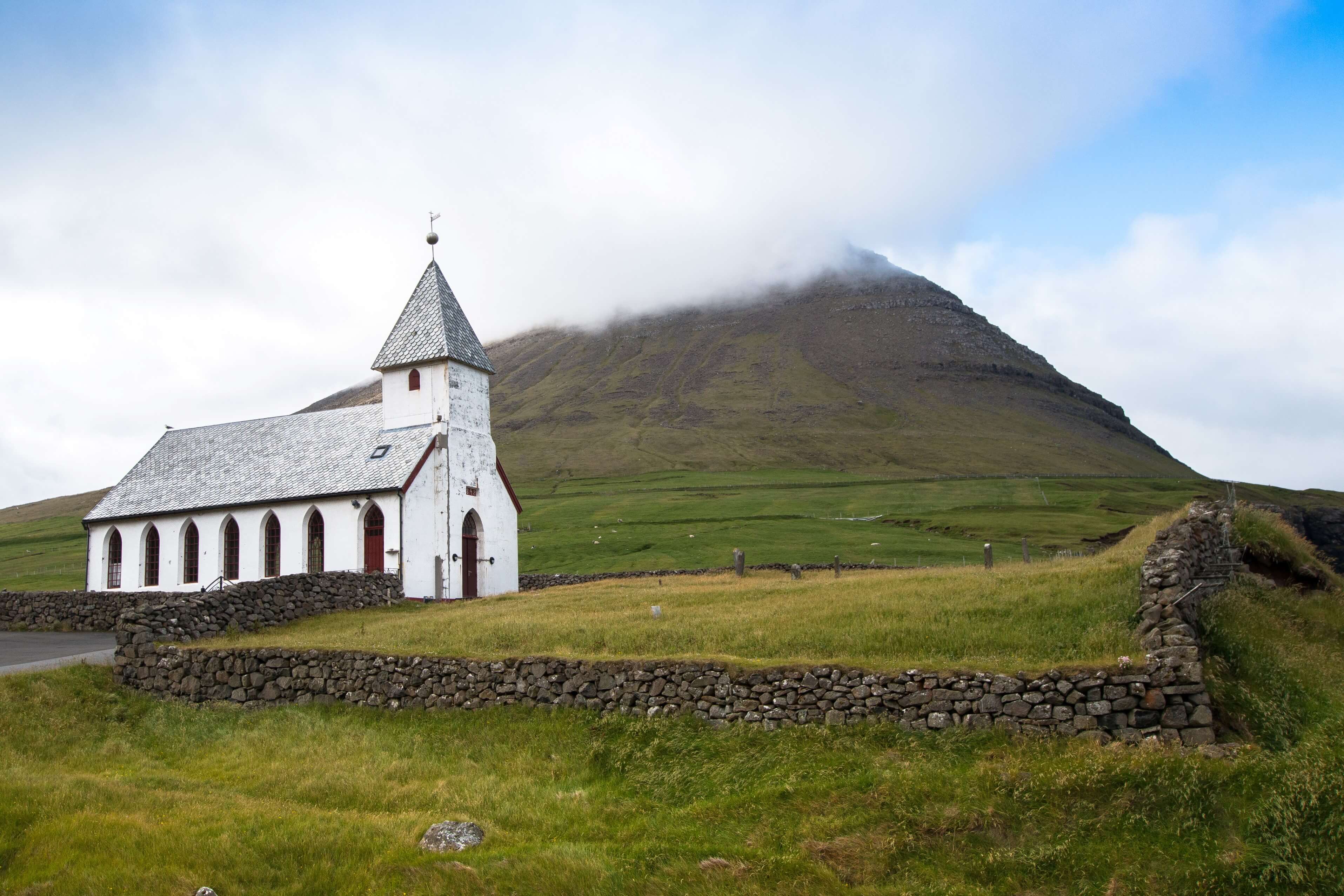 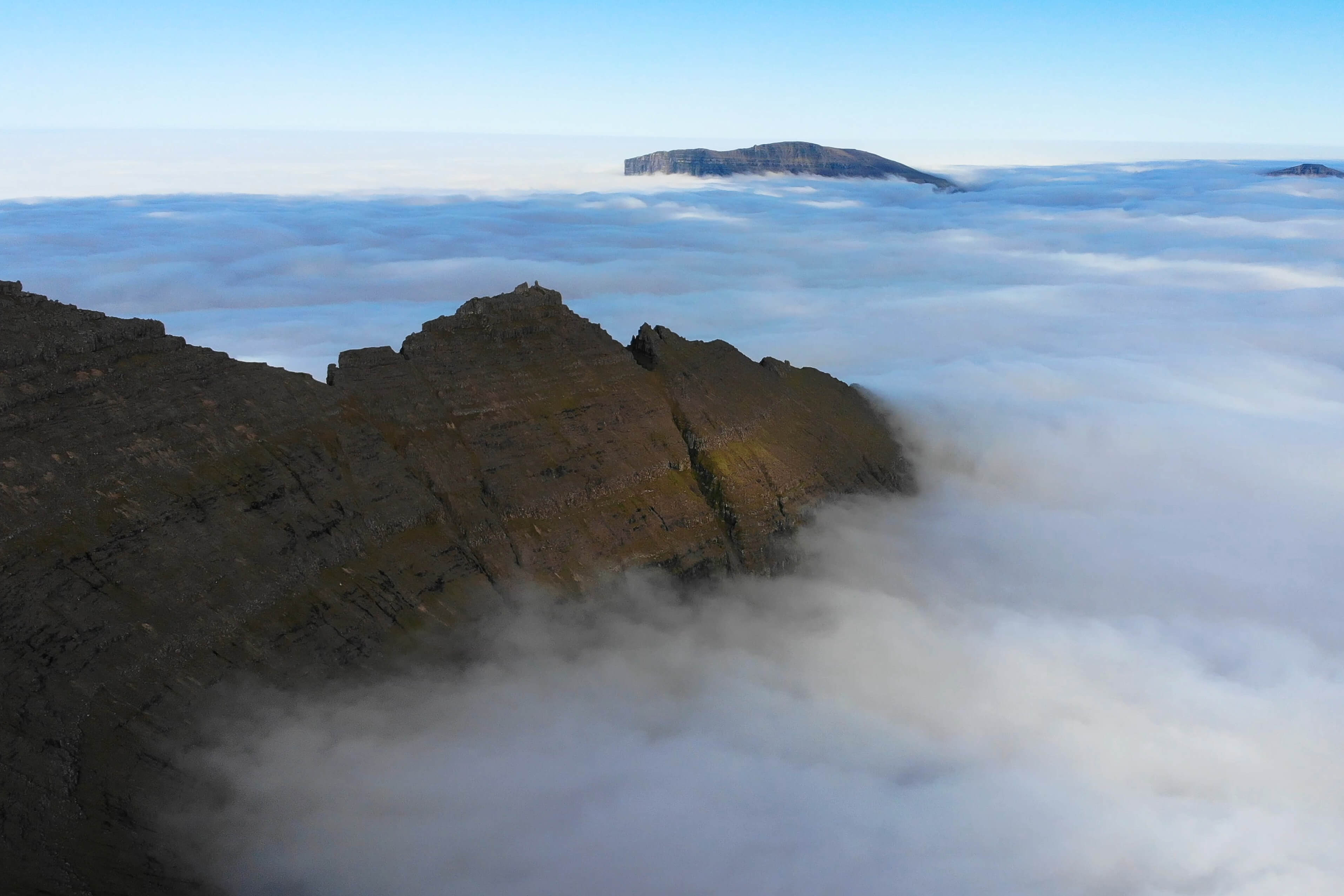 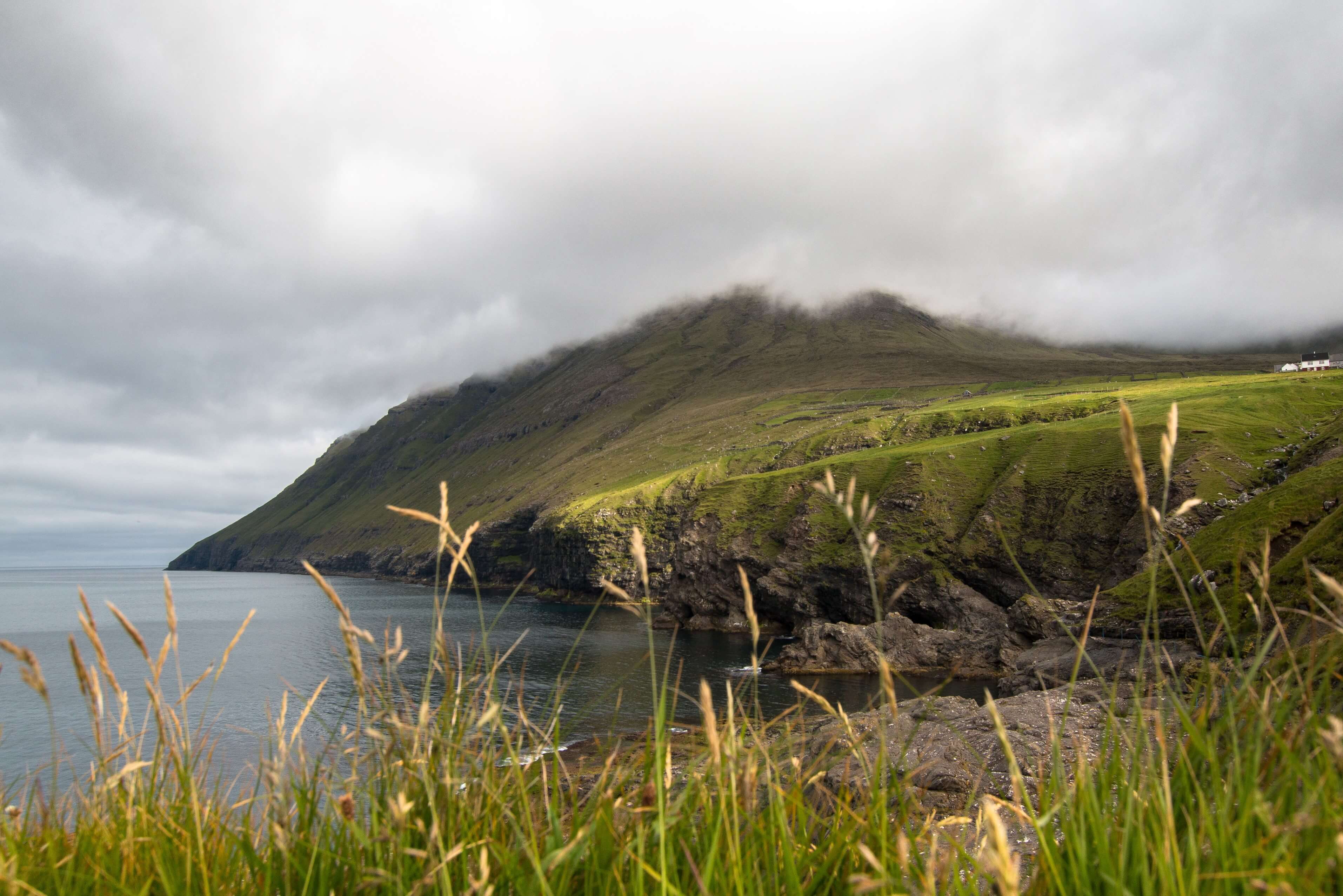 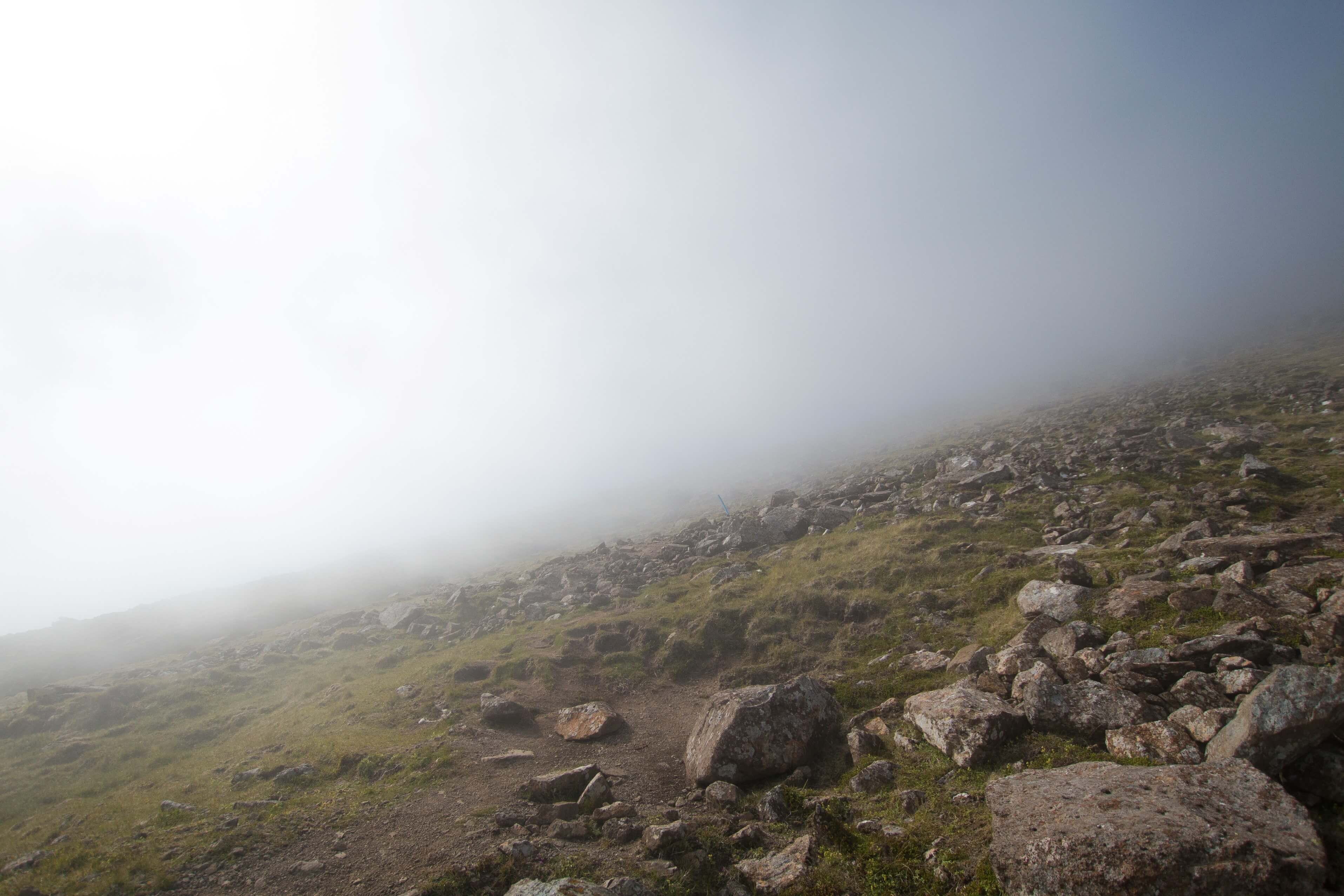 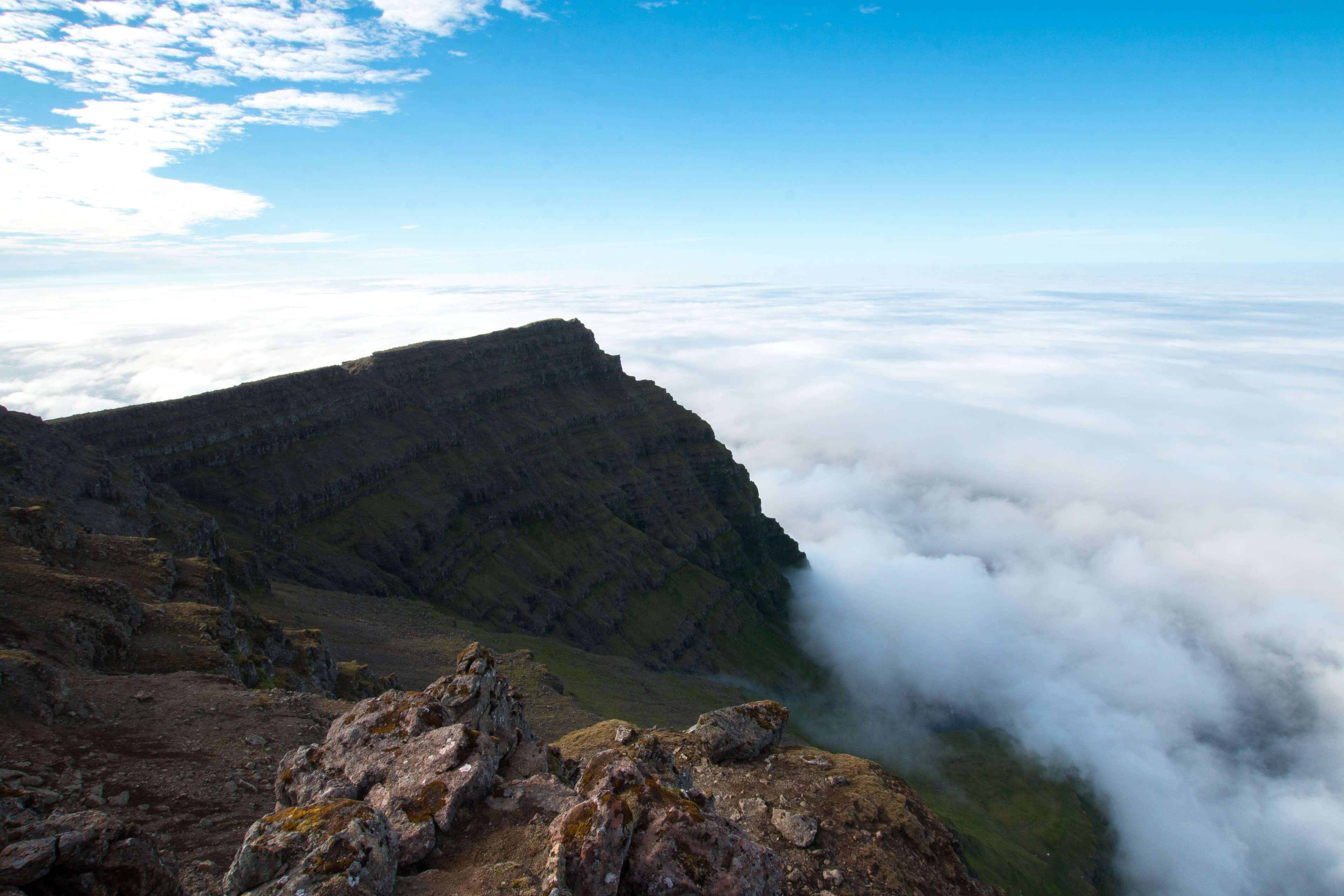 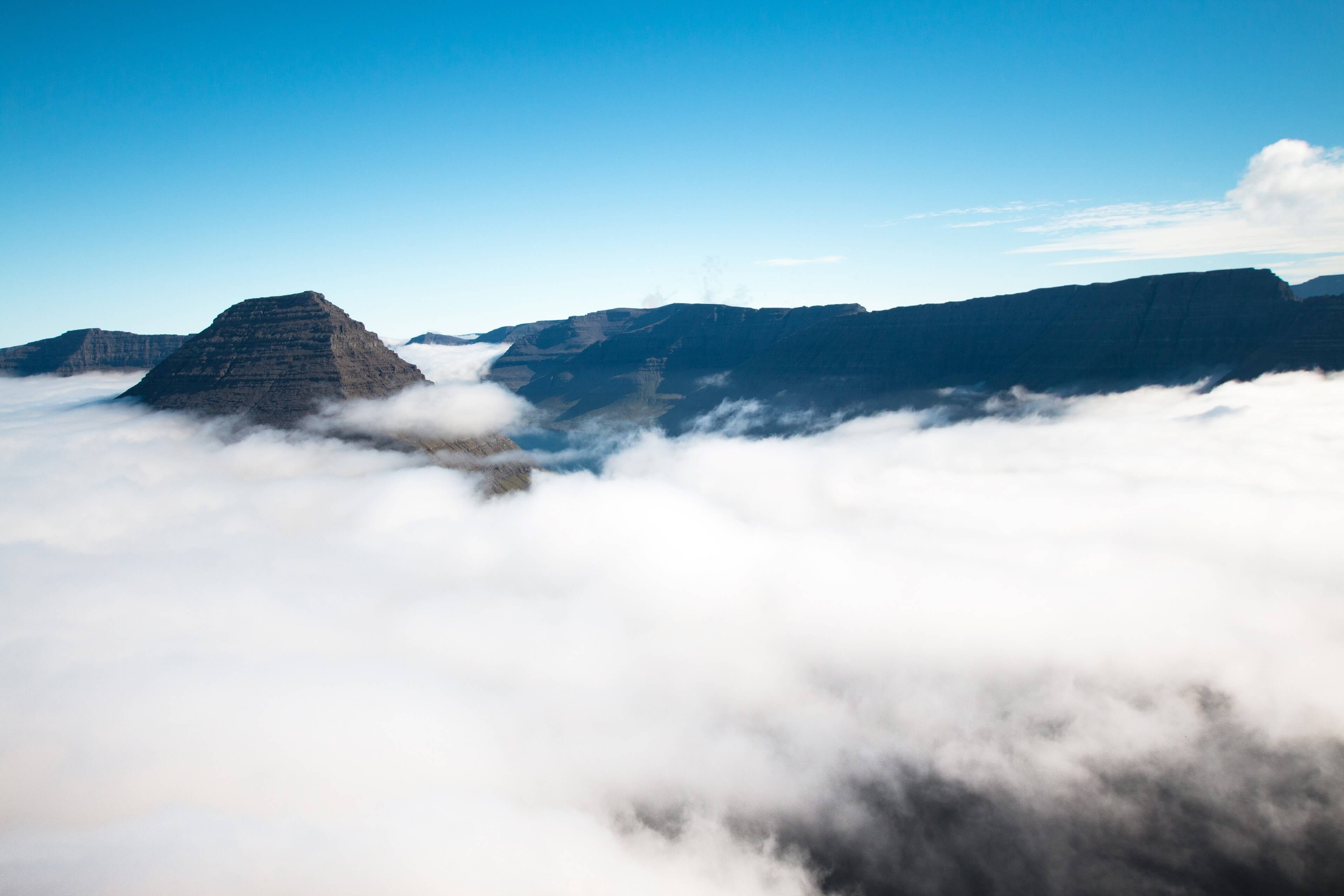 The Faroe Islands in the North Atlantic are a hikers paradise. A small series of beautiful islands linked together via bridges, tunnels and boats. Everywhere is easily accessible and there are no limits to where you can walk into the wilderness! And it is wilderness. A cold, intimidating, sometimes scary and lonely wilderness, but the sense of ultimate freedom and the incredible landscapes make it so worthwhile.

In my week on the islands I did many day hikes around the different regions. Choosing the best time to do each hike is extremely difficult as the weather changes quite drastically between the islands, for example it can be sunny doing a hike in Vagar whilst it can be overcast and raining in Vidoy!

For this particular hike, (my first written blog in the Faroes) I arrived in the small village of Vidareidi at 4.30pm (via the 500 bus from Klaksvik) On arrival it was completely overcast and cloudy! The walk itself ascends up to the peak of Villingadalsfjall standing at 844m so I had to make a quick decision whether to get off the bus and risk a bleak hike or return back to Klaksvik and do another walk where the weather was generally better. Also In getting off the bus, I was pretty much stranded in Vidaredi until the next morning, unless I hitchhiked out. Despite the weather I decided to continue with the hike and just hope for some miracle that the weather would clear, after all this was summer and even at midnight its still pretty much daylight. (very difficult to camp in!)

The village itself is an ancient settlement dating from around 1350 and much like most Faroe Island villages, is very quiet. At the northern end of the village is the start point of the hike, Its pretty much blue plastic tube markers all the way up to the peak, although these get further away from each other and are actually quite difficult to spot in low visibility. Ensure you have a map/gps just in case. About 20 minutes into the steep ascent I passed a 2 German guys being guided by one of the resident island guides. After a quick interrogation on my hiking ability by said guide I carried on up. These were the only people I would see on the mountain!

After a further 30 minutes of climbing my decision to get off the bus was totally and utterly rewarded, the cloud dissipated and I walked through the clouds to some of the most incredible views ive ever seen! I could see all the surrounding peaks of Malinsfjall, Tidur, Kunoyarnakkur, all ascending through a sea of pure white cloud inversion. Not only that the sky was clear and the sun was beating down on me, happy was an understatement! It was just me, the mountain and the views.

The journey to the peak at 844m is still quite a steep and tricky affair and with the new found sun it was hot and tough going, especially carrying my backpack! However I reached the top and enjoyed my ownership of the mountain. Watching the cloud roll over the landscape never got dull and I spent a good few hours enjoying the tranquillity, taking photos, flying my drone and a nice spot of reading. You really know you are somewhere special when you see no other tourists, something im very used to in the UK.

Sadly by 9.30pm I was getting tired and decided it was time to come down and find a suitable place to wild camp. After a careful  loose rock descent I found a “fairly” suitable spot to pitch up. I wanted to camp on the mountain, still away from the village mainly for the experience/possible sunrise views from the tent and also as it was quite late I didn’t want to annoy the village locals by knocking on their door and asking for permission to pitch up tent on their land. (which is the proper way to wild camp in the Faroe Islands) I would love to say I enjoyed a good night sleep however the tent was still on a slight slope and I kept rolling to one side all night!! Lesson learnt for the future! I woke around 5am with fairly cloudy views, however the cloud would clear for moments and I had some awesome views of the sunrise light across the village below. Once packed up I continued my descent down into Vidaredi and had an few hours to explore the village before the 9am bus arrived. One thing you certainly noticed about the Faroe Islands is the lack of shops and coffee service in the villages!!

How can I summarise this hike. Well its amazing, hands down one of the best day hiking experiences ive ever had. I would thoroughly recommend anyone visiting the Faroe Islands to do!

It is a moderate to difficult route due to the steepness and loose rocks and is not really suitable for children. The total distance up and down is just under 4 miles and I would factor in around 3-4 hours to walk up and down, depending on how long you want to spend at the top!

Should anyone want more details about the route, logistics, gear used etc then feel free to contact me and ask any questions, I would be more than happy to help!