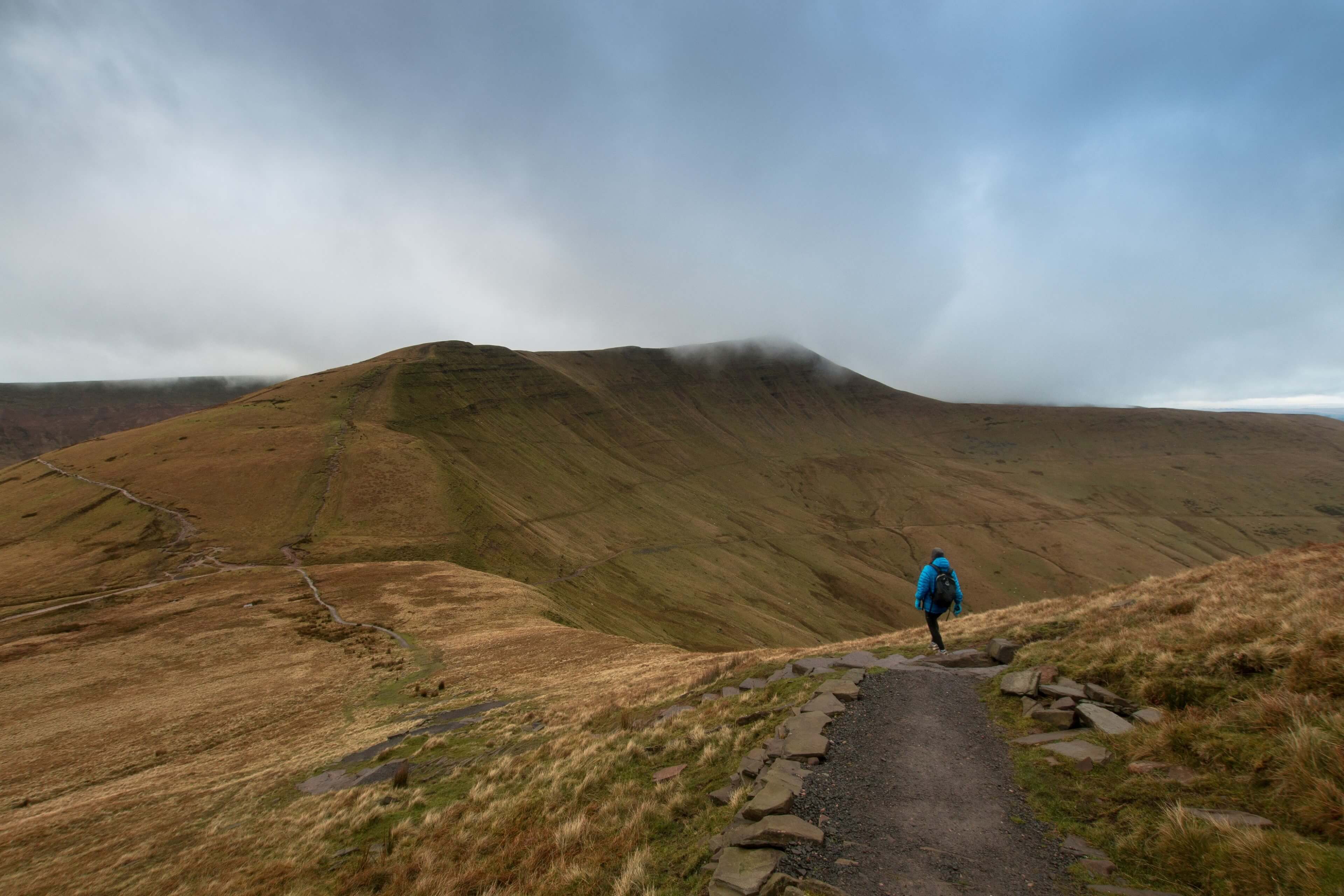 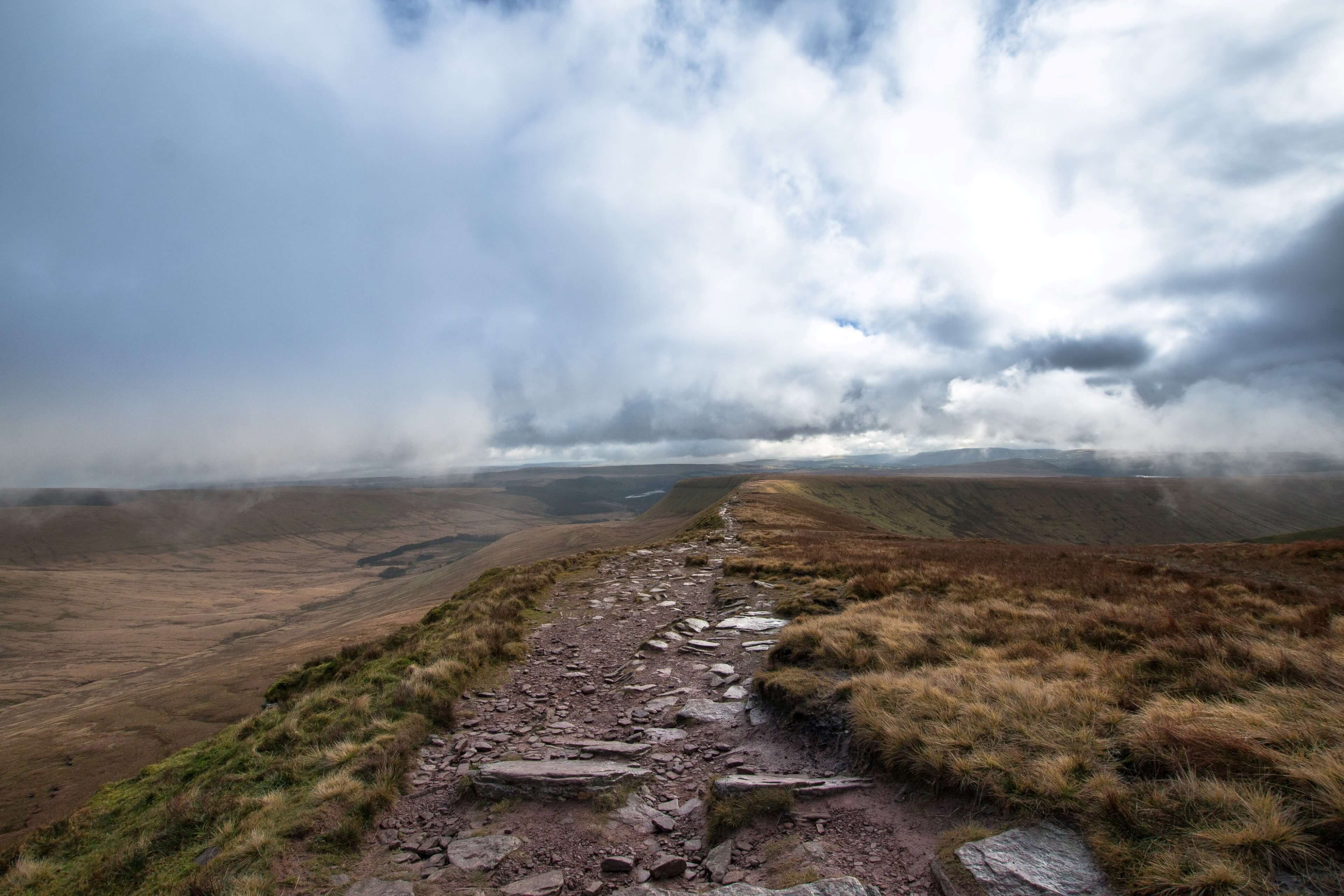 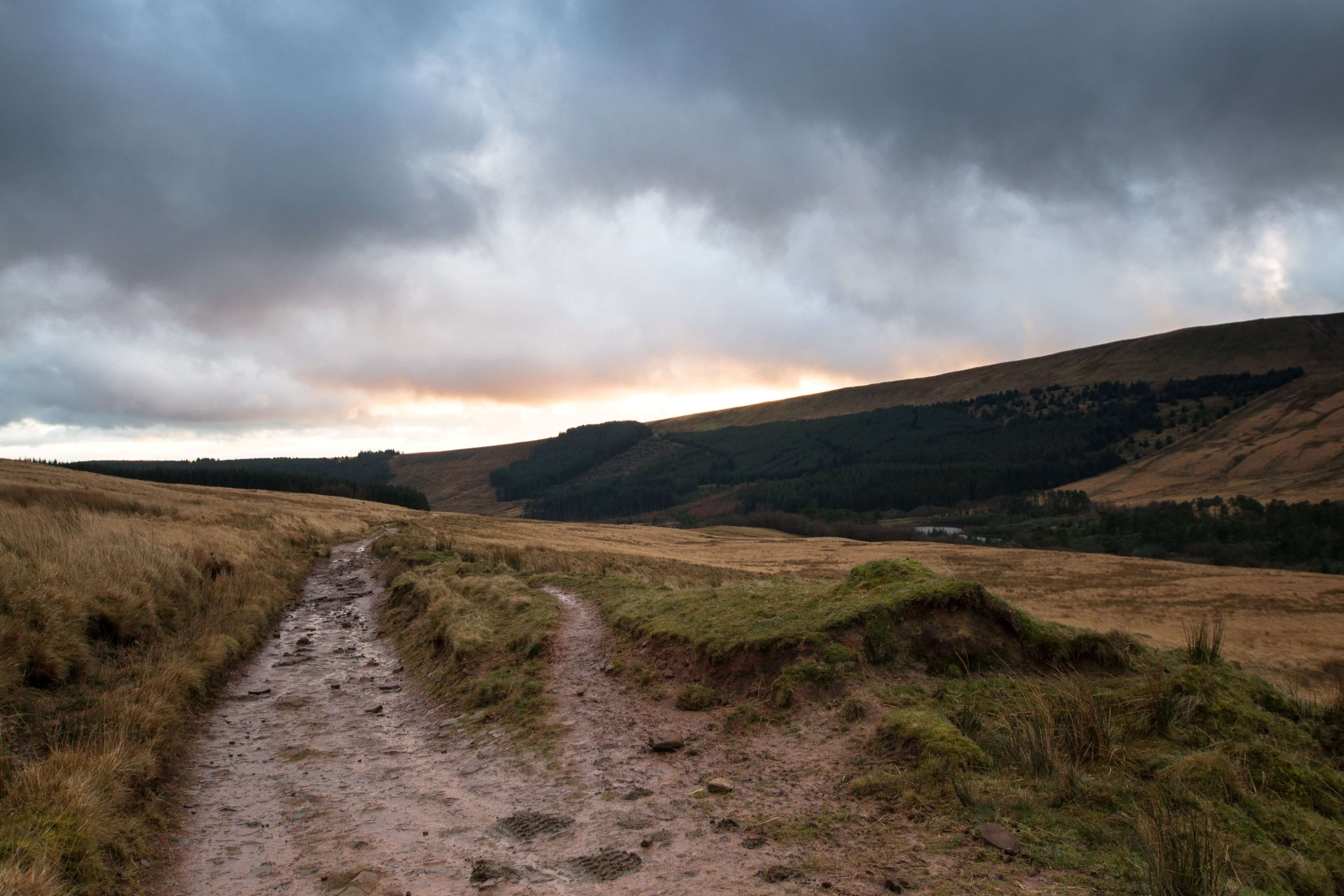 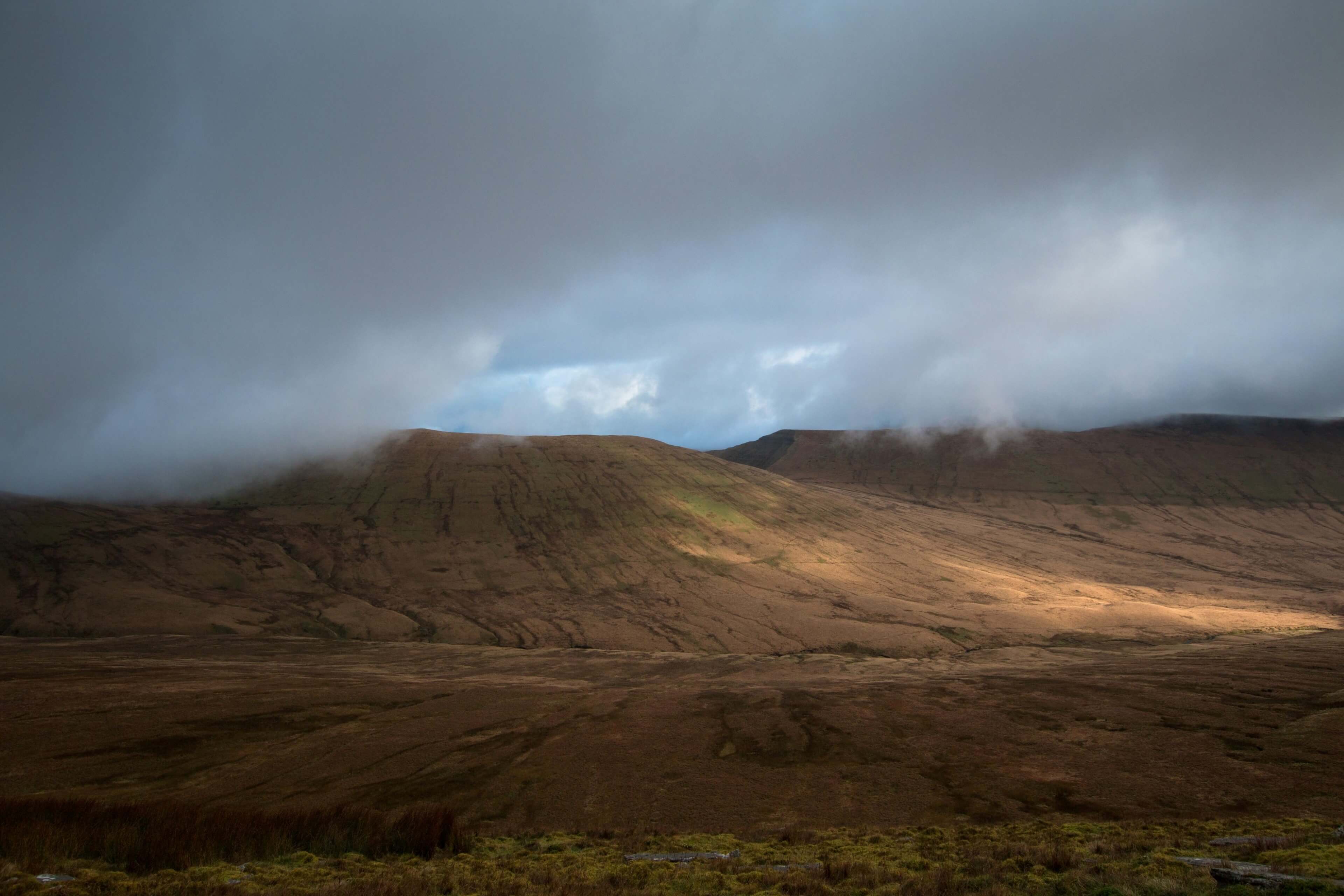 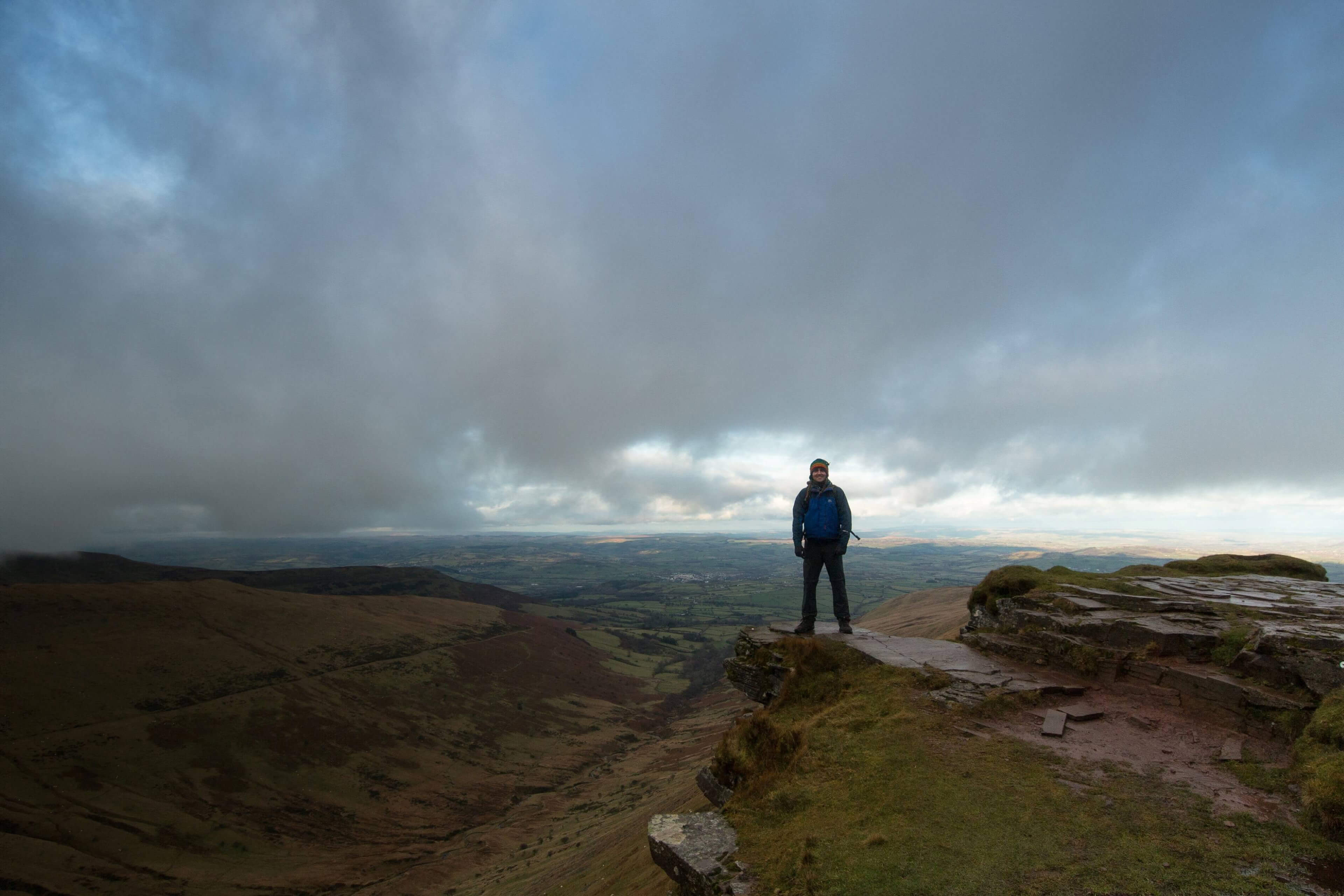 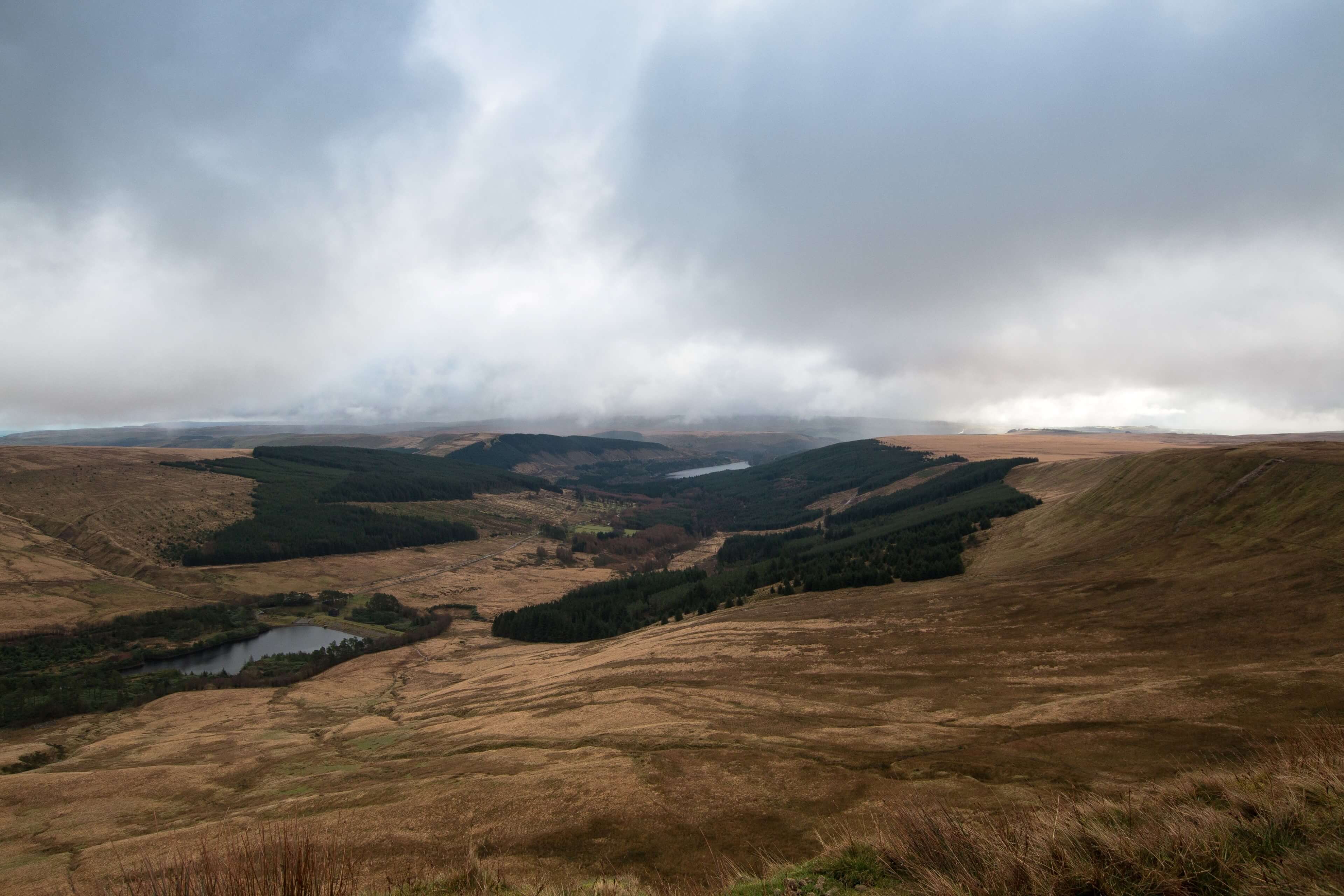 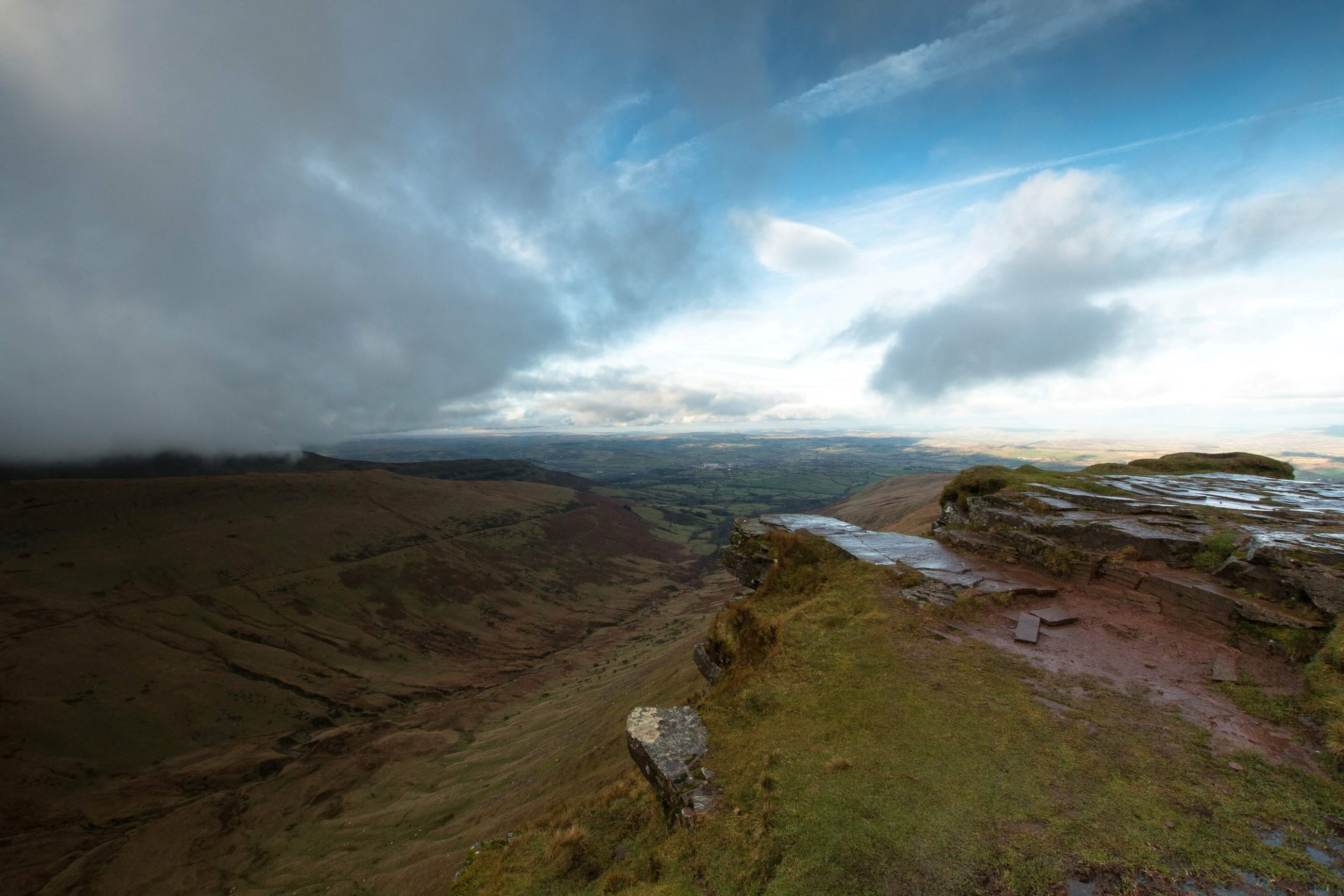 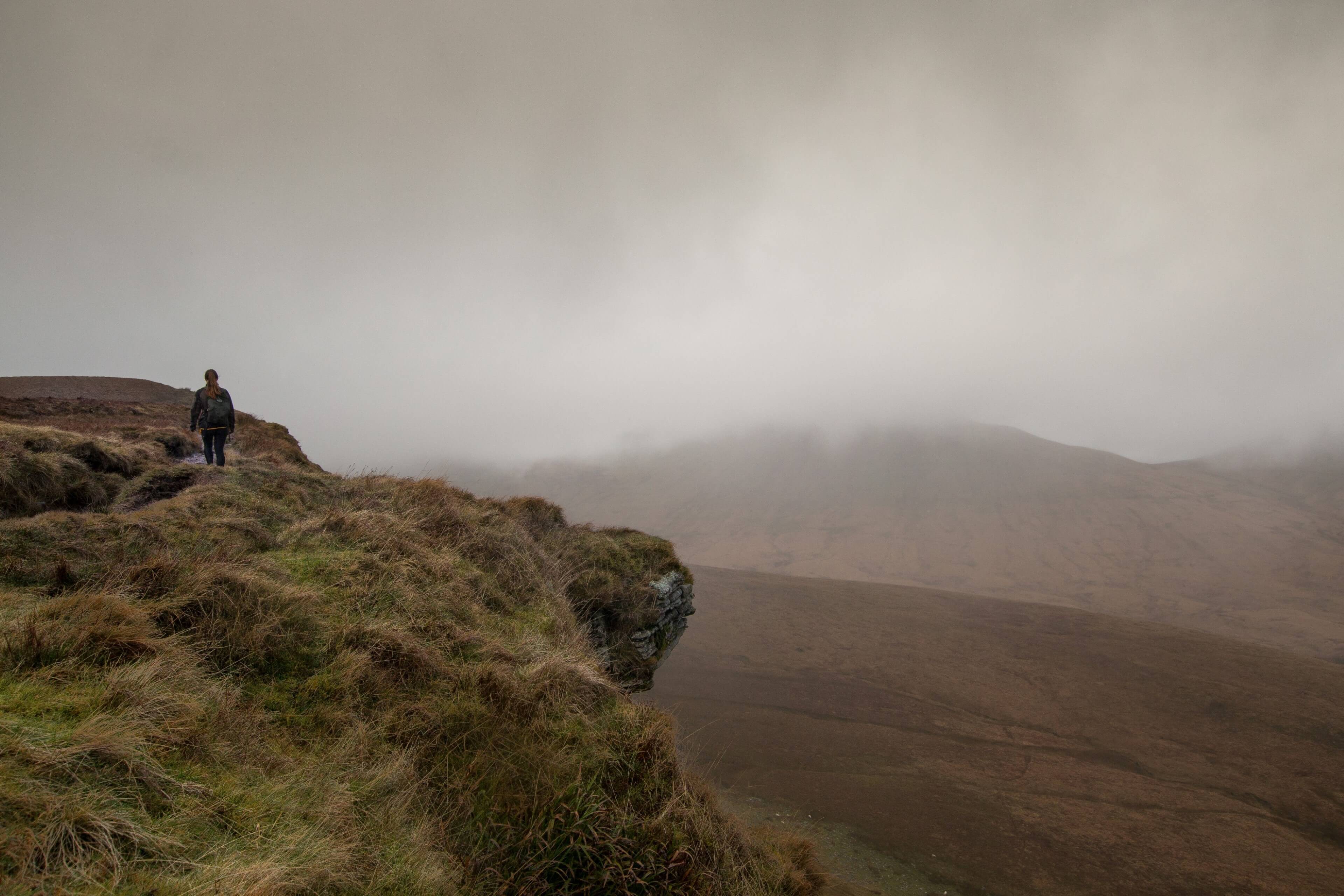 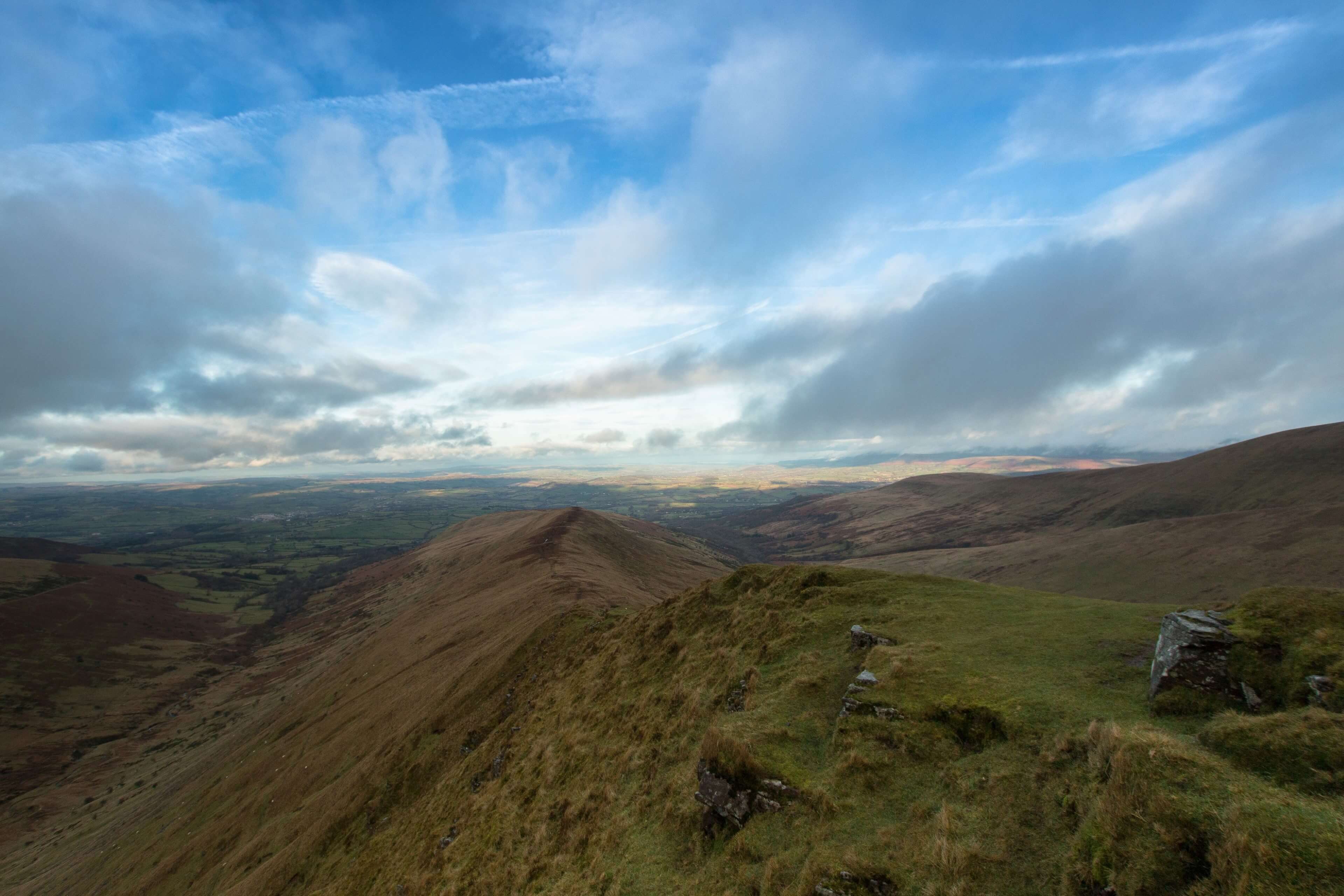 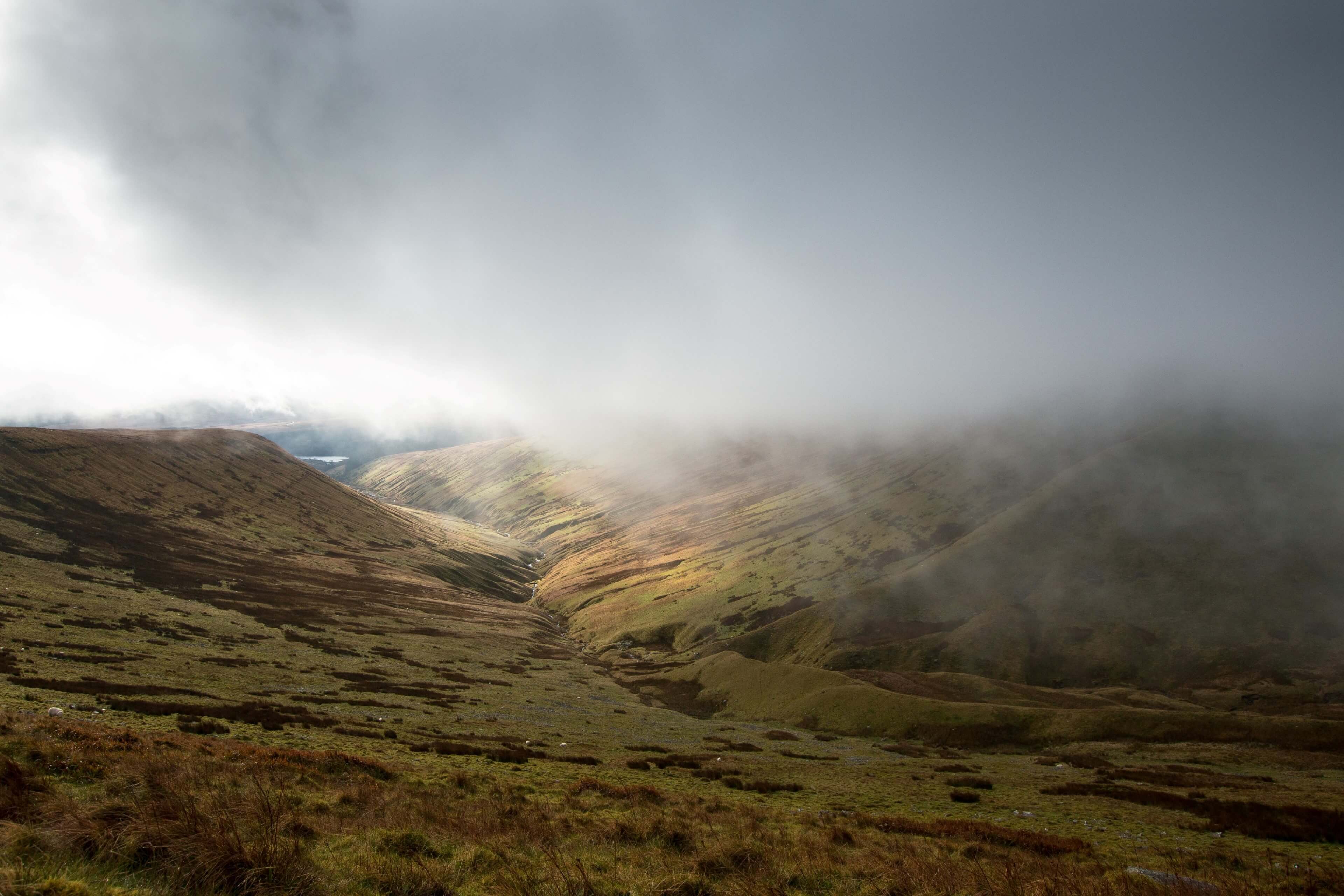 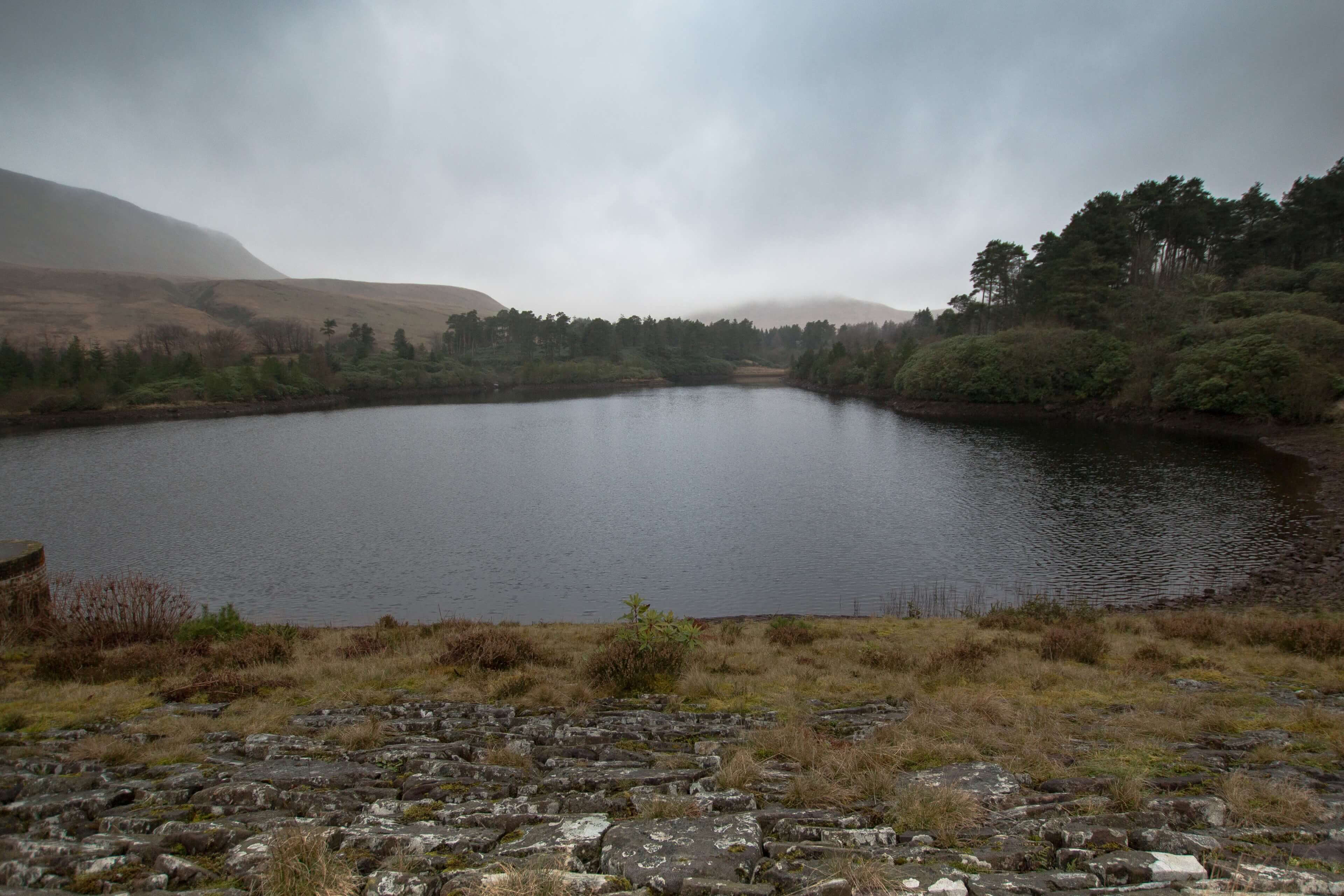 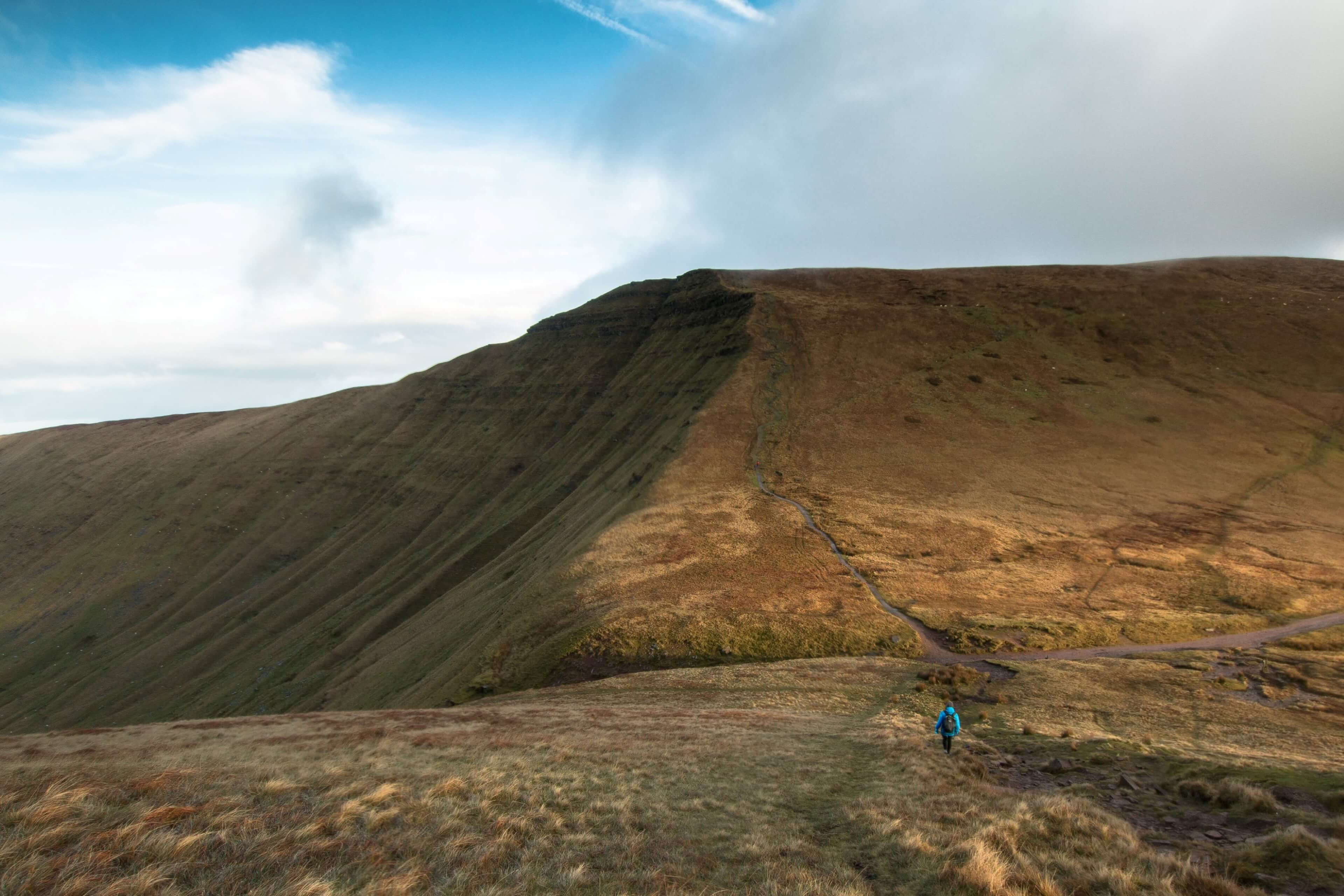 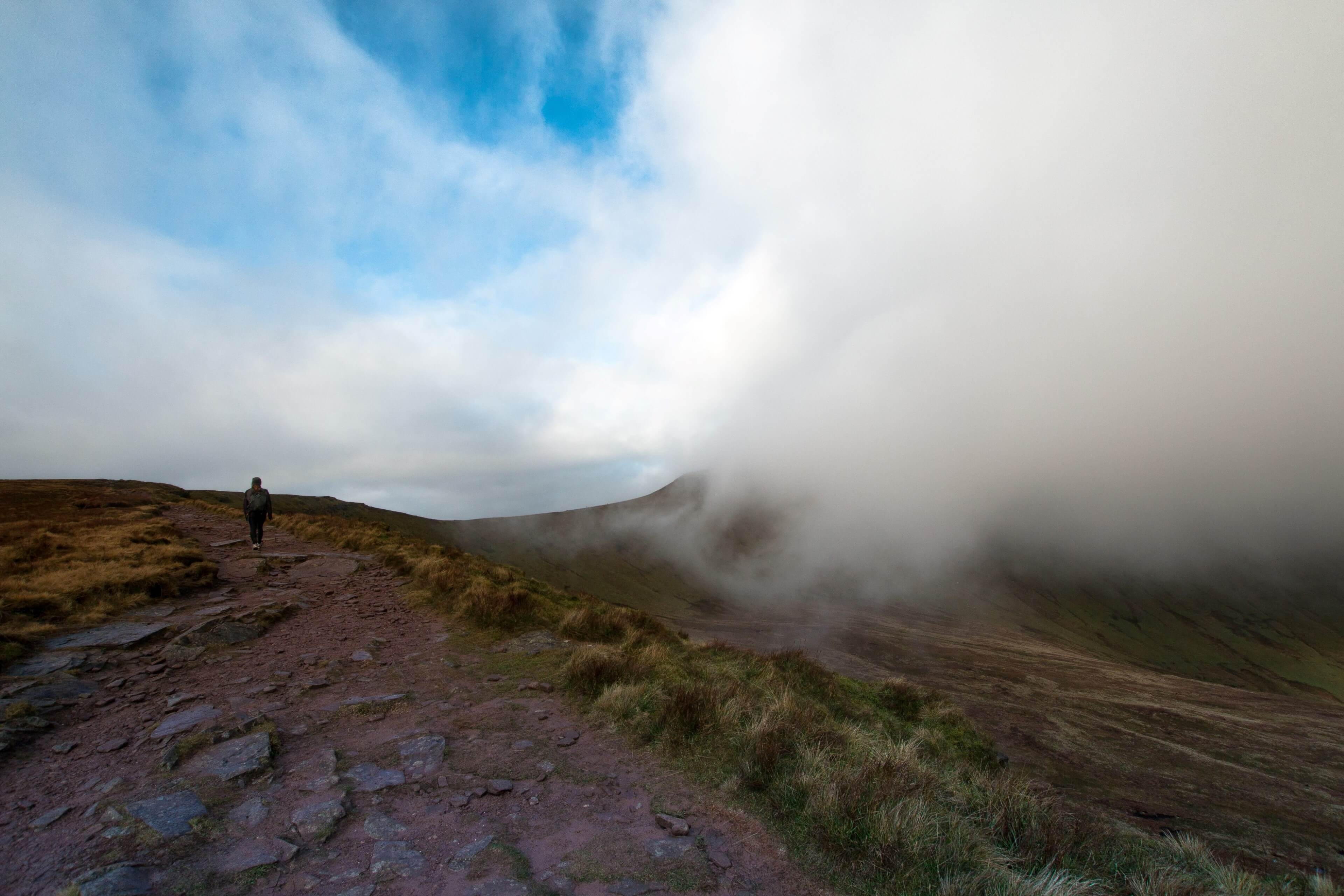 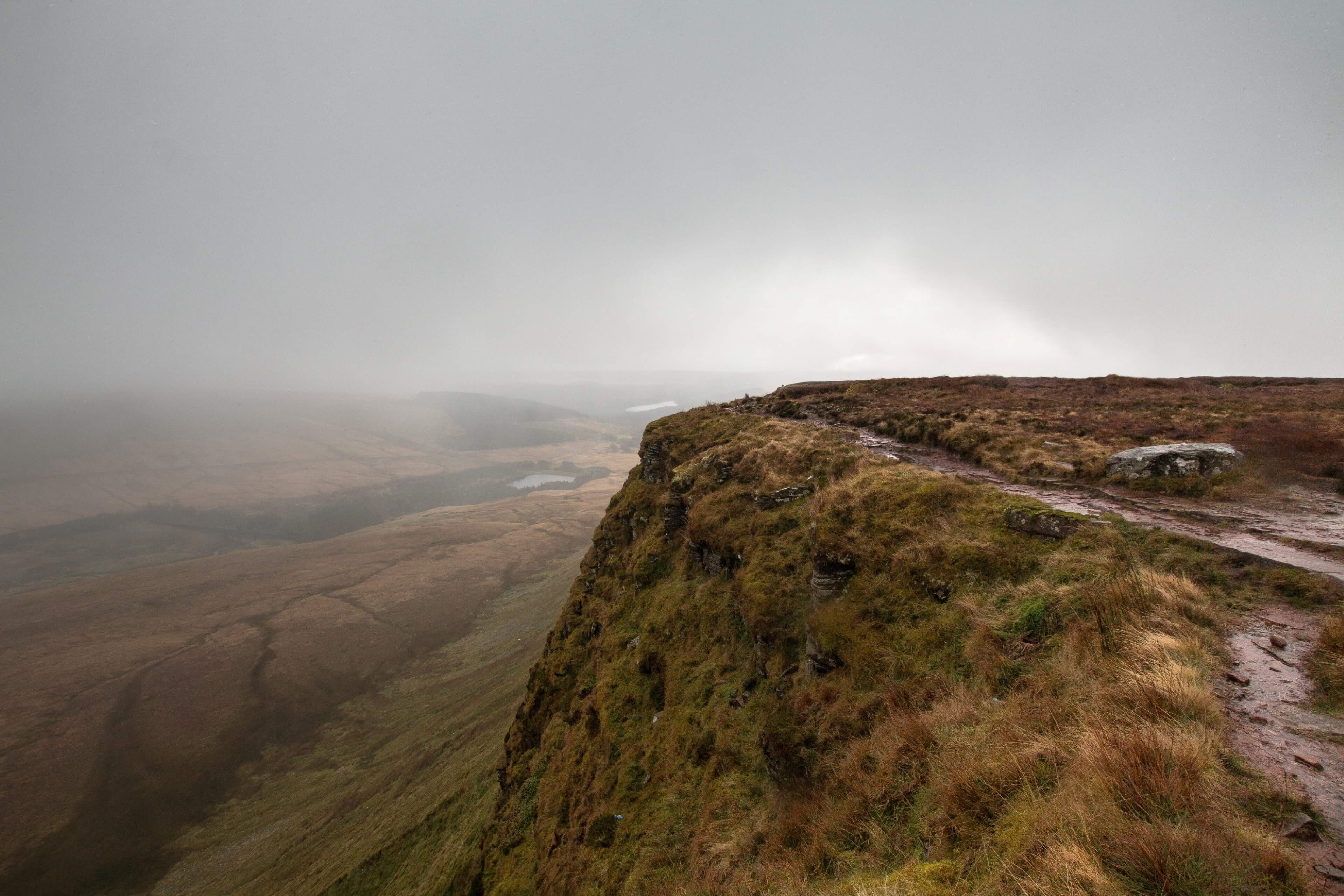 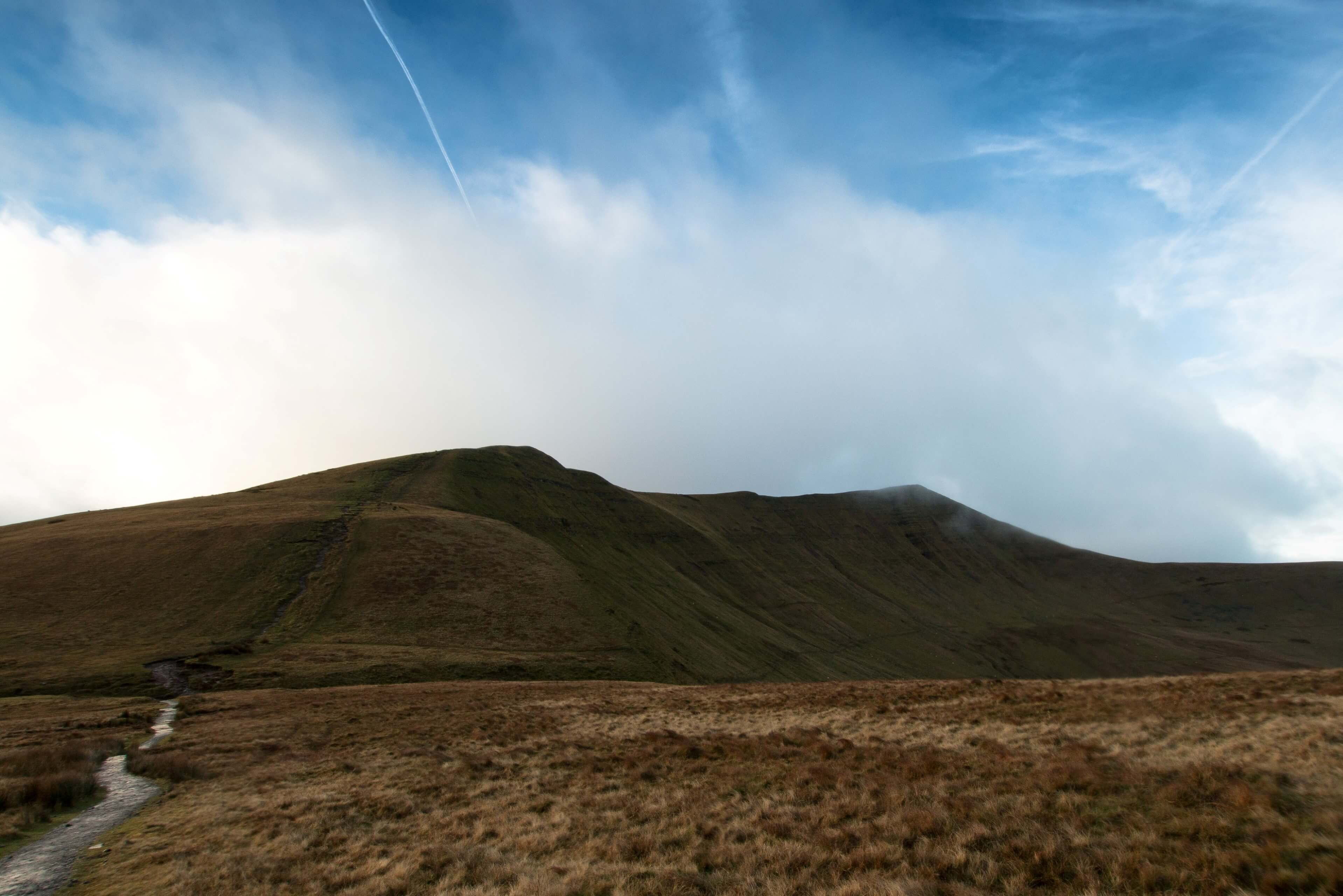 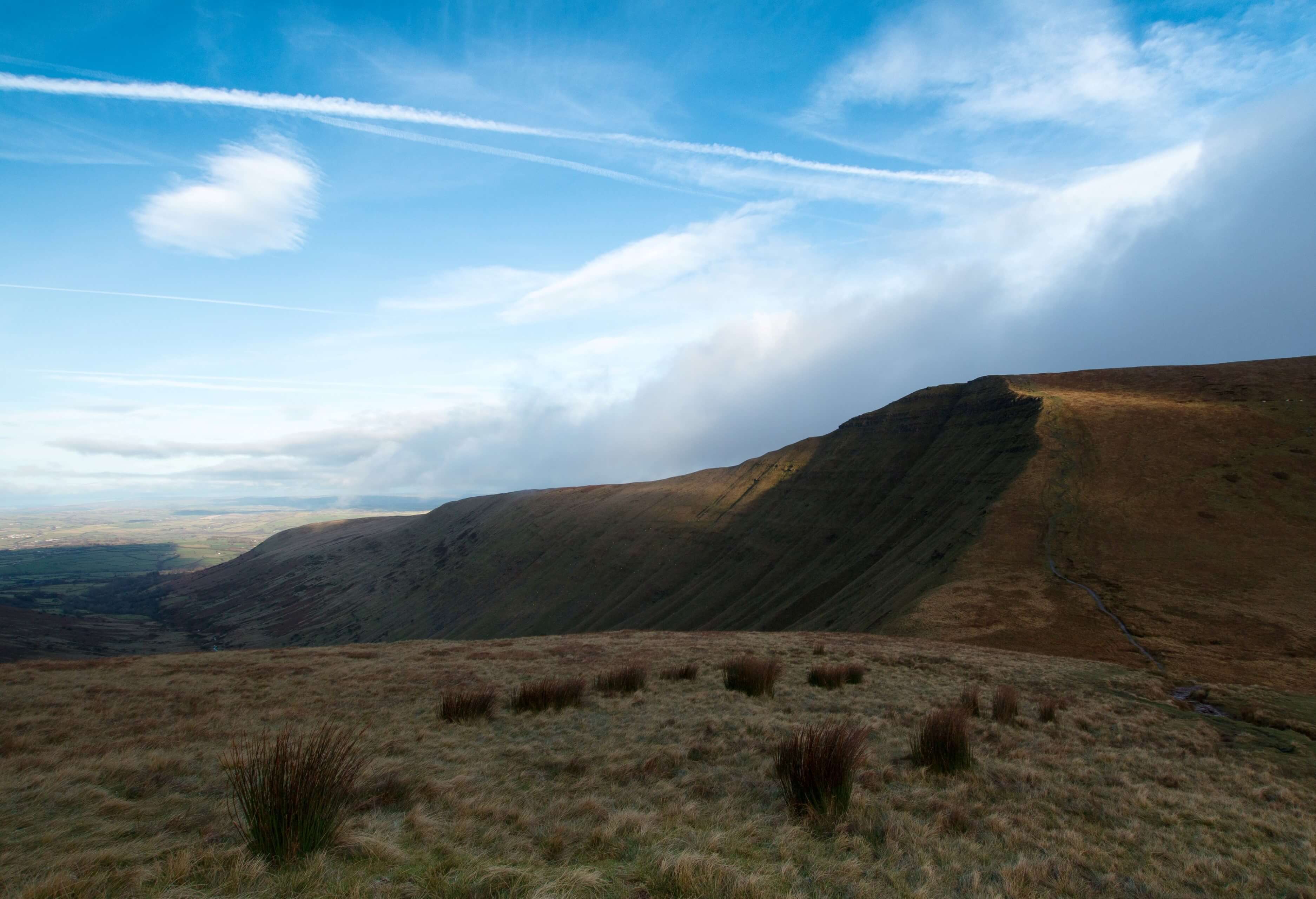 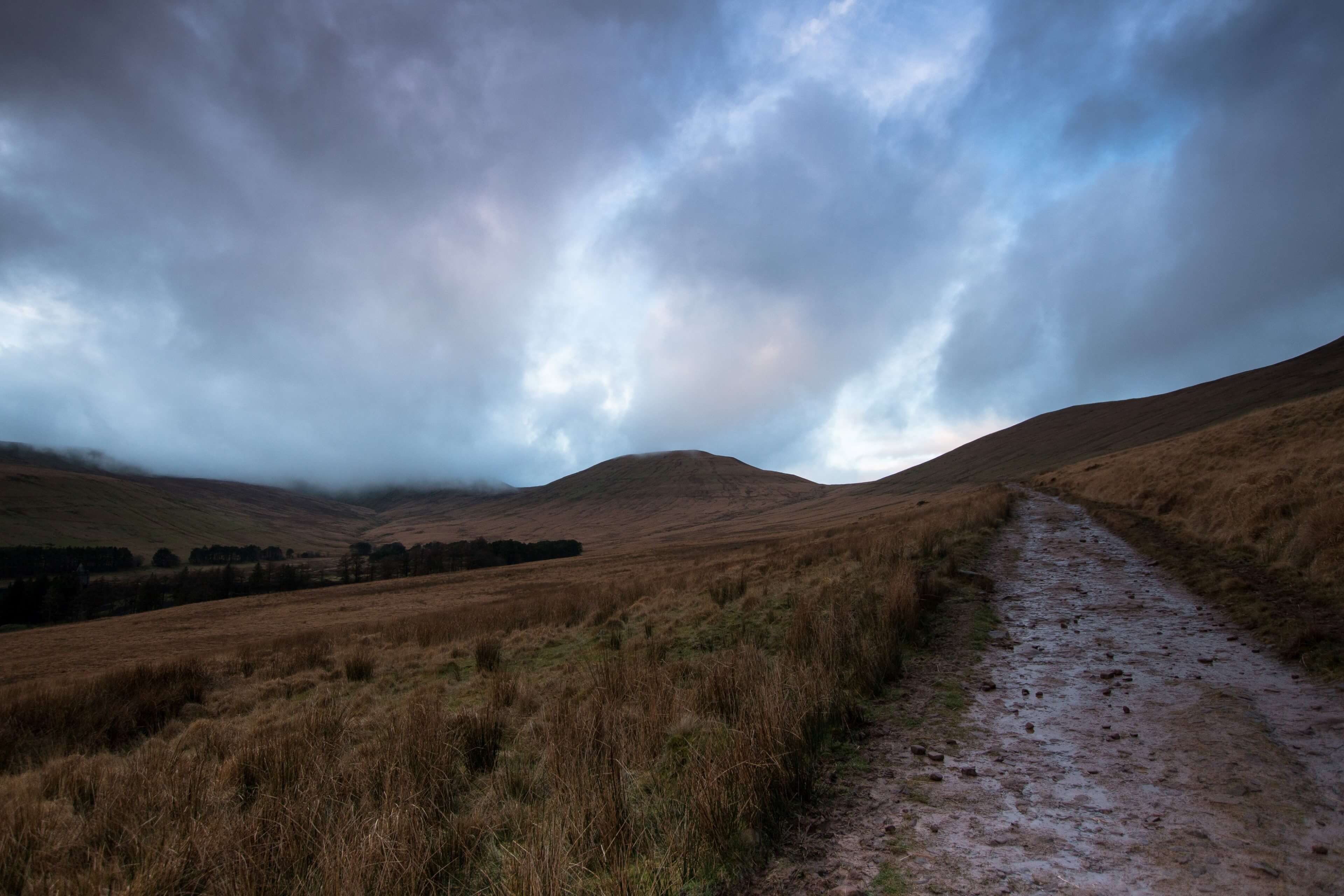 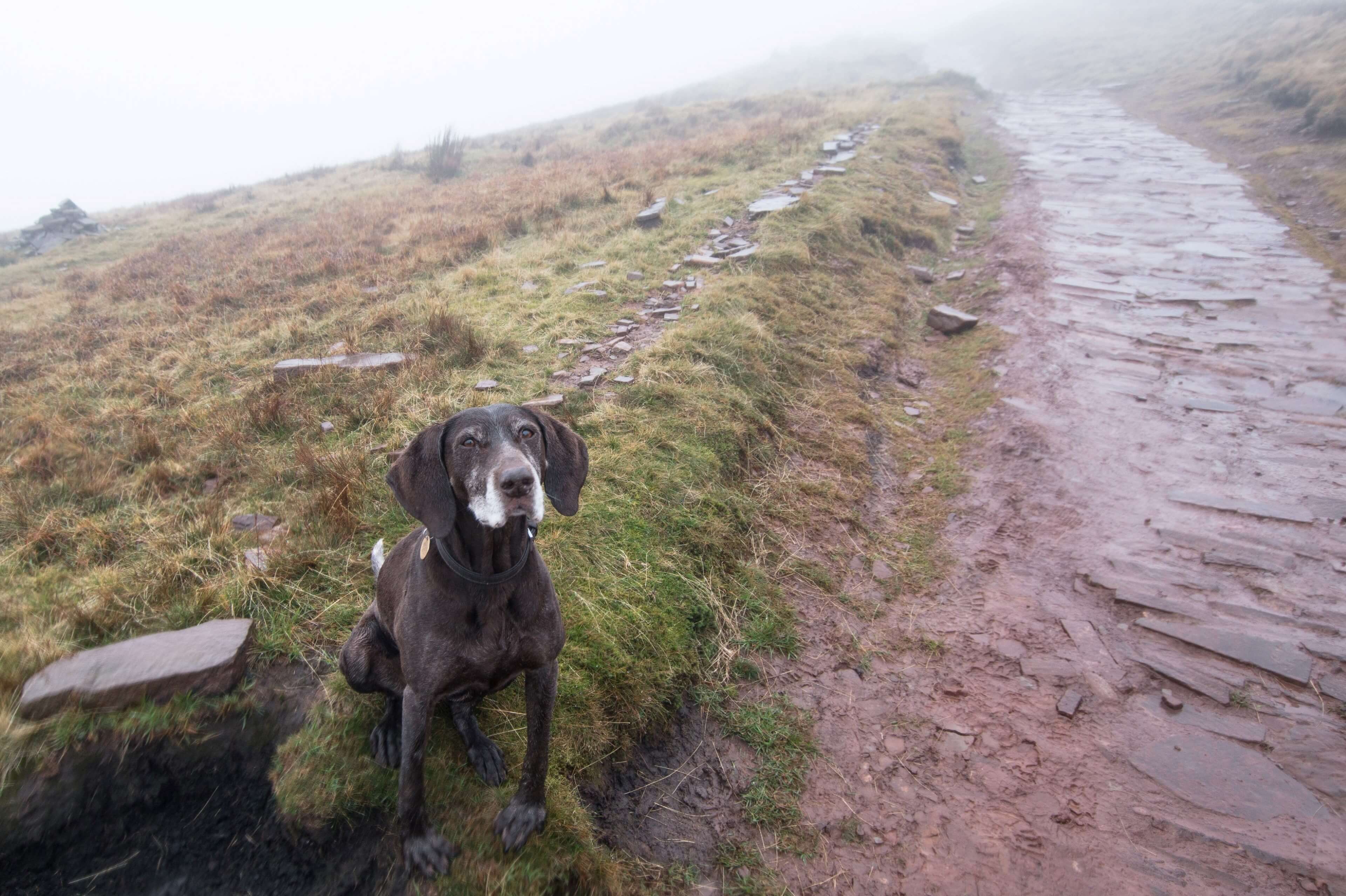 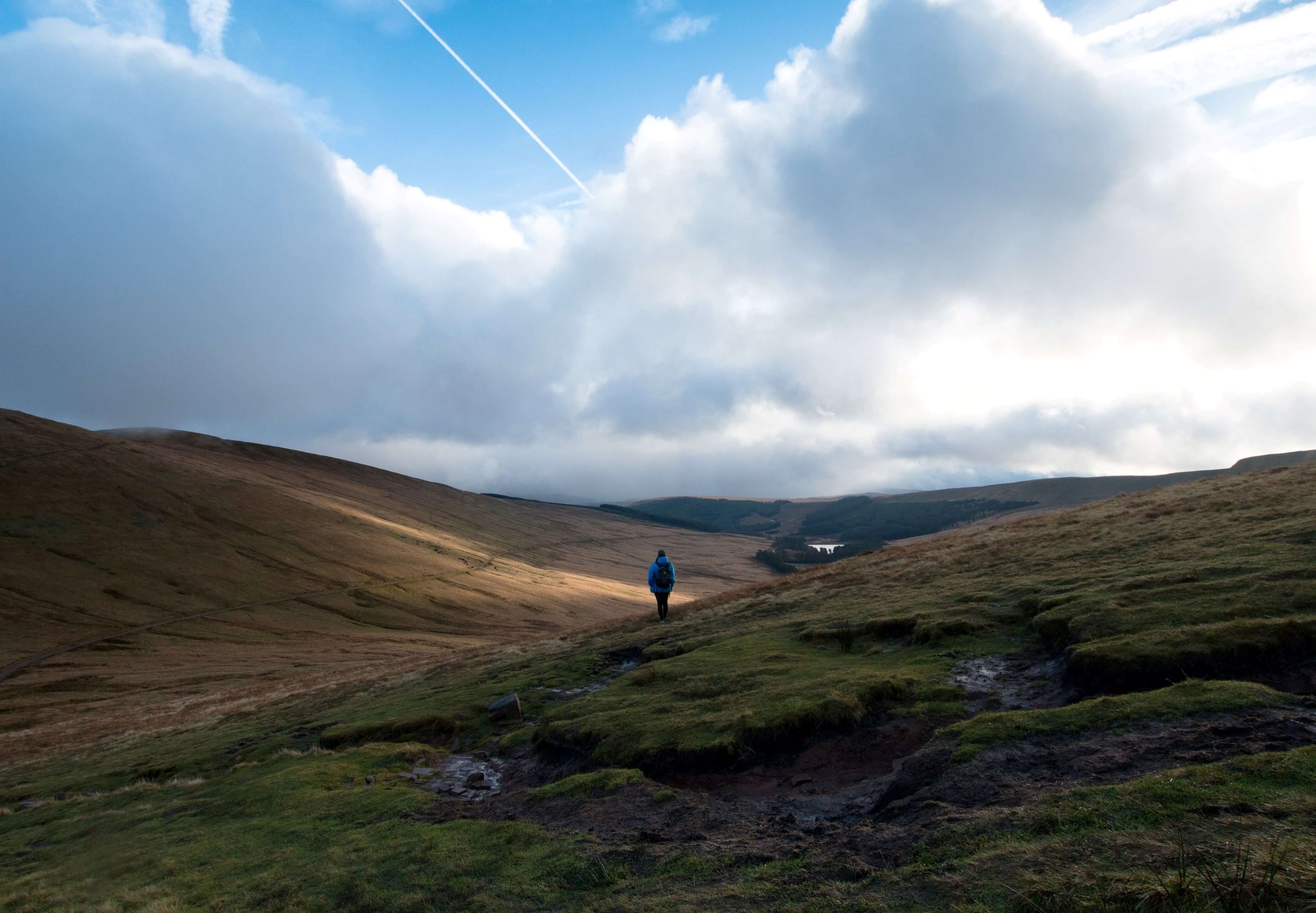 Pen-y-Fan is somewhat an unlucky mountain of mine. I have already been up three times with zero views and unfortunately this forth time was the same! However the rest of the trail Had some really beautiful clear sections so overall it was a great day out! Pen-y-Fan is a popular walk, it is busy!!

The crowds will mainly walk up from the 2 car parks (Pont ar Daf & Storey Arms) along the A470 main road to the west of Pen-y-Fan. During the weekend these are extremely busy and the path up to the summit can be a bit of a slog! (however I do really like the sugary teas at the burger van!!)

The route I like to take is the much quieter circular Horseshoe trail. This is a 9 mile walk which follows a ridge line around a rather scenic valley and takes you past Corn Du (873m) Pen-y-Fan (886m) Cribyn (795m) & Fan-y-Big (719m) with its rather cool protruding stone step. Obviously you do hit the crowds still between Corn Du and Pen-y-Fan but once past you will be walking mostly on your own or in the company of outdoor adventurers!

The route does involve some fairly steep sections of walking but overall nothing technical or overly demanding with a good level of fitness. If the weather is bad however it is 'very' exposed and can be a long grind all the way around, so make sure you have some views to make it really worth it!! I have walked around in snow before with pretty much zero visibility! However in clear weather the views are really beautiful, the bright green valleys and weathered shapes of the peaks, especially Fan-y-Big look fantastic.

The trail starts from the Neuadd car park which is located past the village of Pontsticill and its same named reservoir. (nearest postcode is CF48 2UT) Its rather in the middle of nowhere so normally very quiet. From here you start by heading along the path North West towards the Lower Neuadd Reservoir which has some rather run down old creepy looking buildings! From here the circular begins so you can chose to do clockwise or anticlockwise. I personally prefer clockwise as the first part is quite a steep climb (be careful it is very slippery with snow and ice) up to the ridge and I prefer the nice gentle downhill path leading back to the car park for my last weary mile!

In summary this is a great day out. Even if the weather and Pen-y-Fan is clouded you can still get some great views as the weather can move really quick. Just be prepared for all sorts!