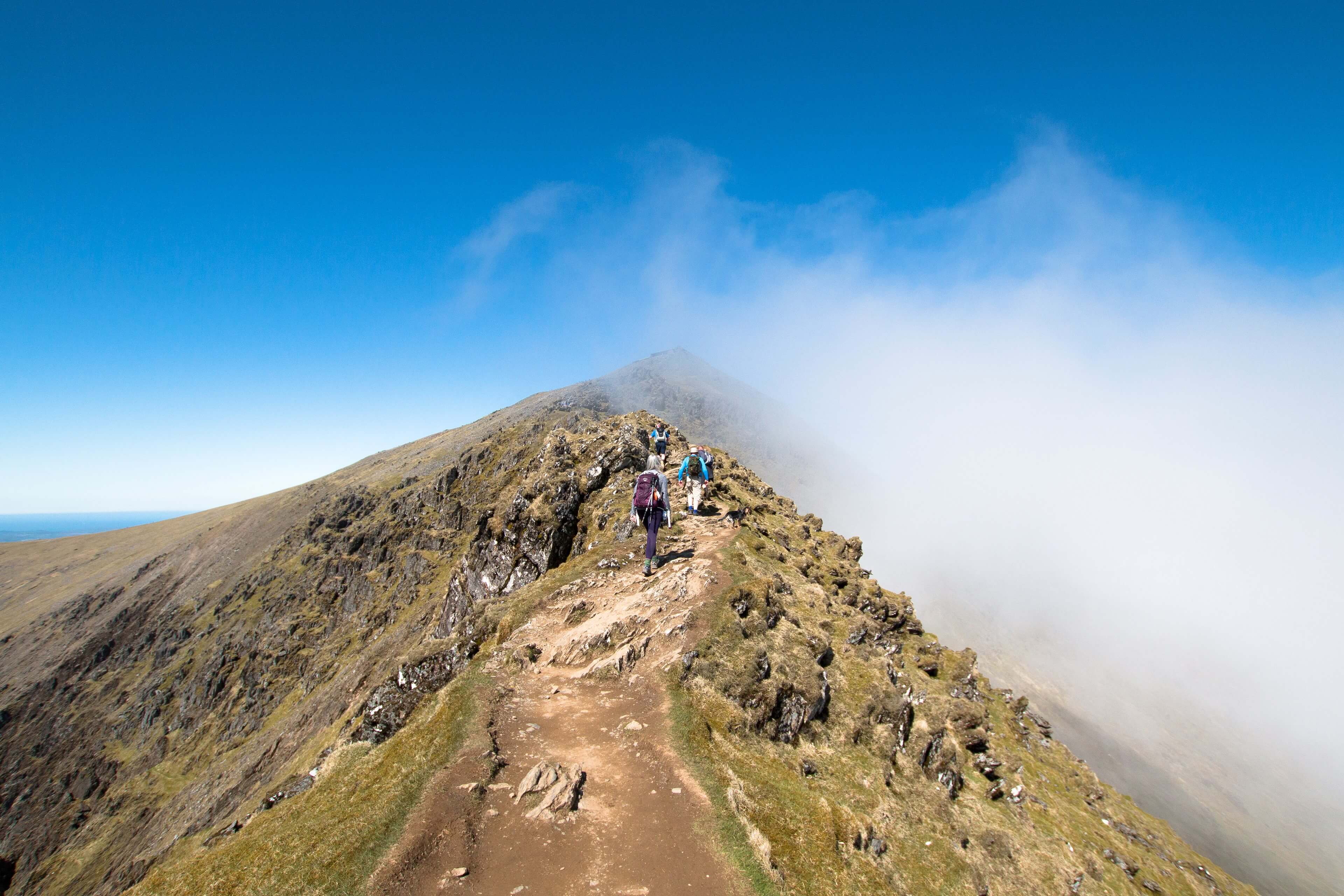 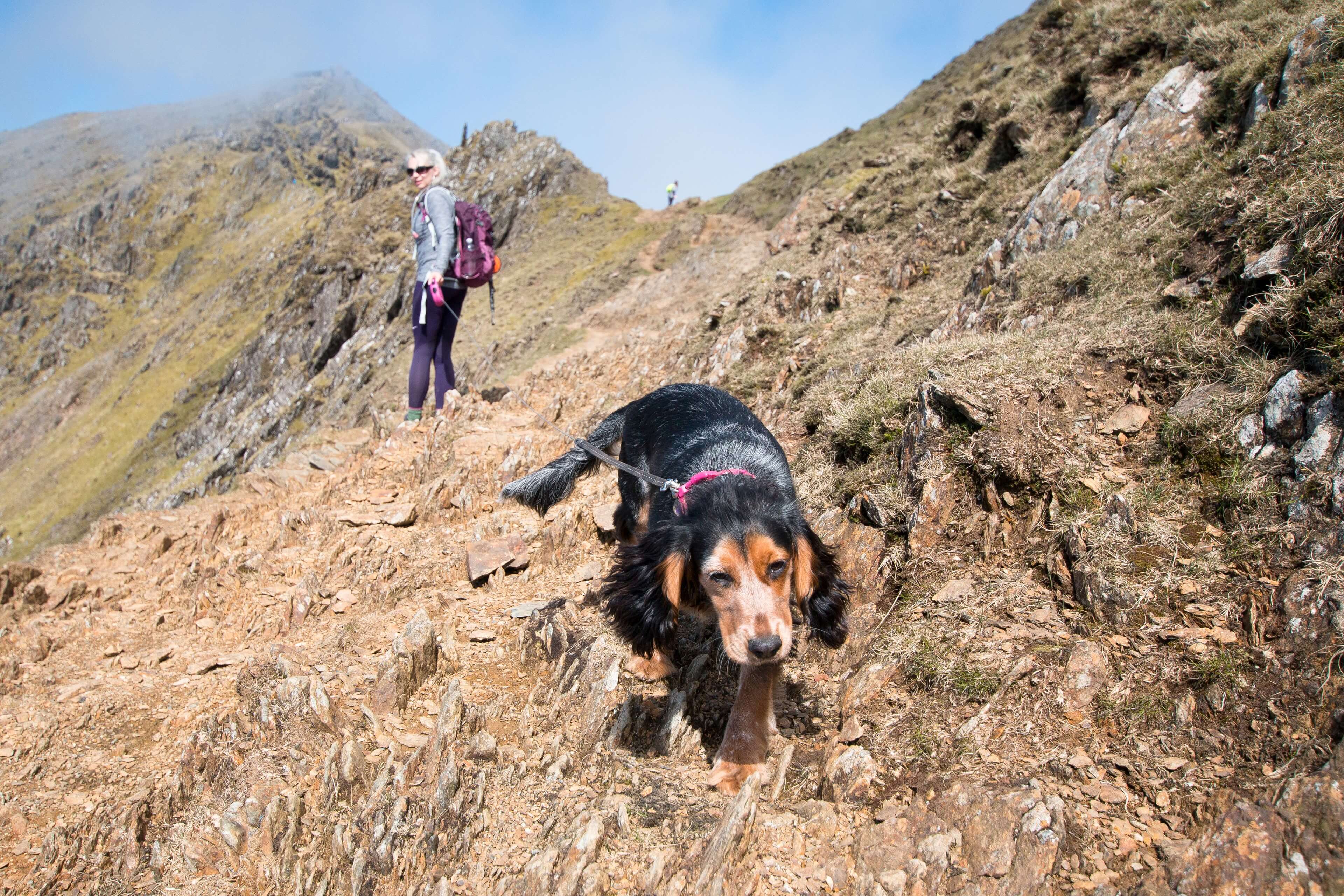 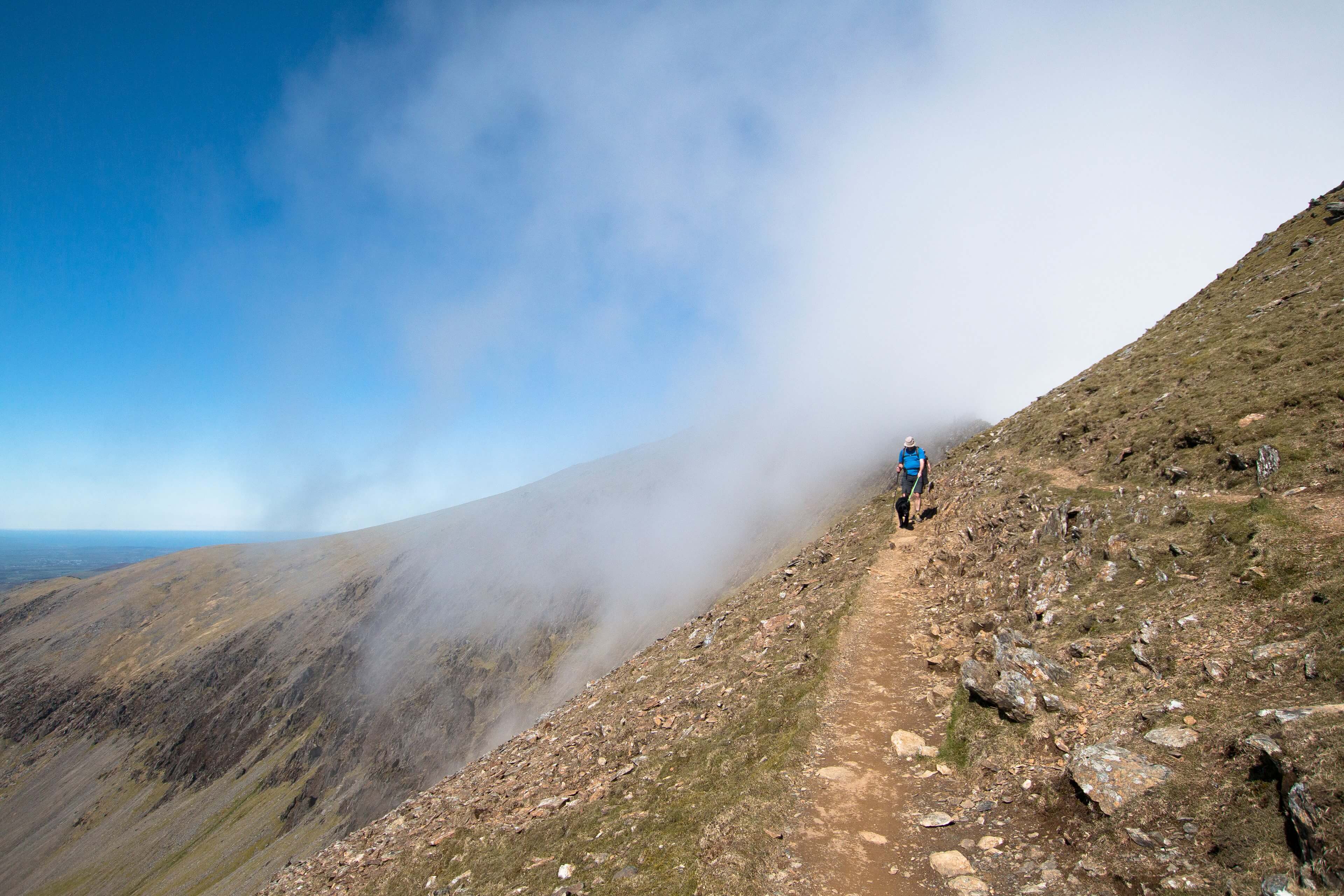 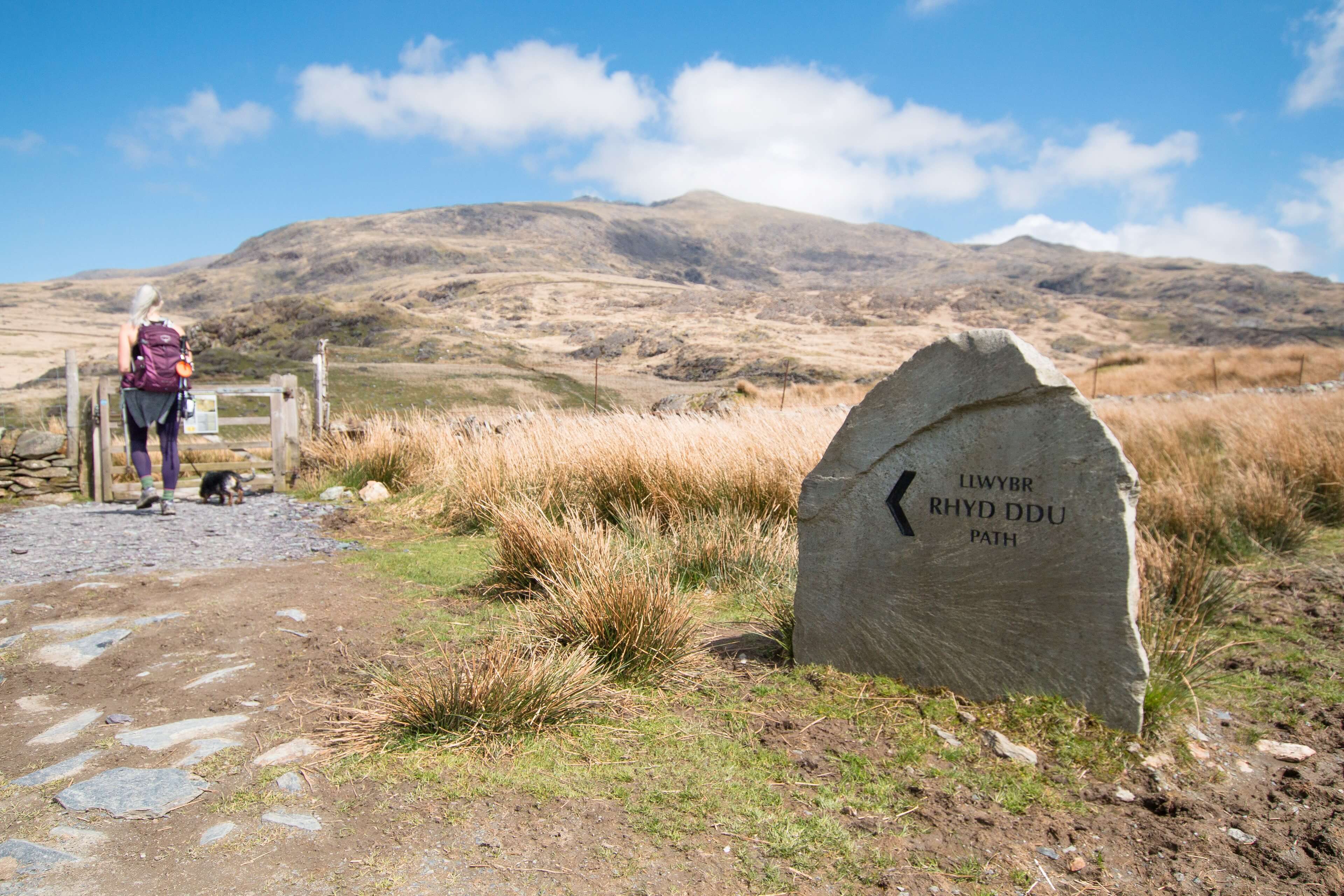 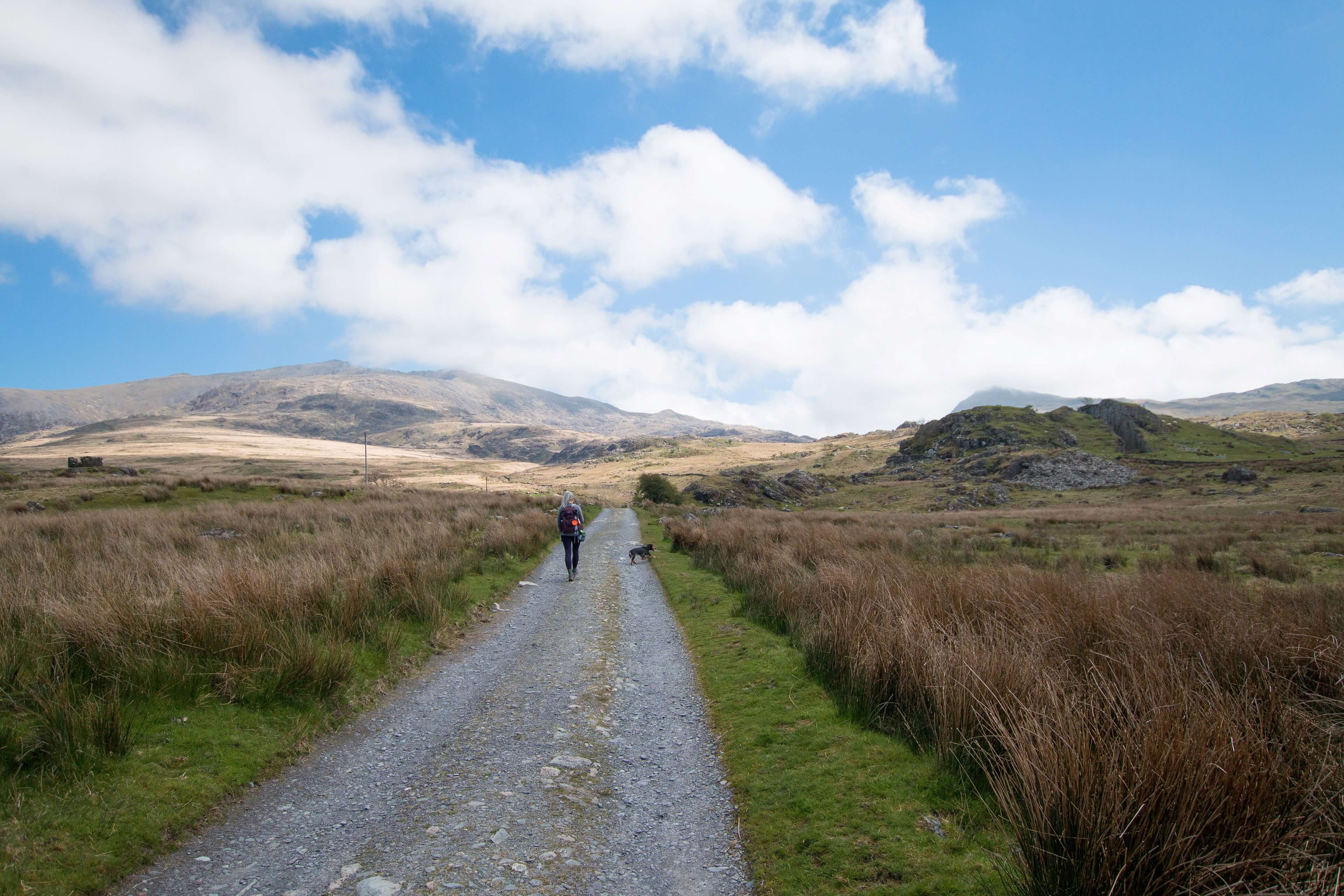 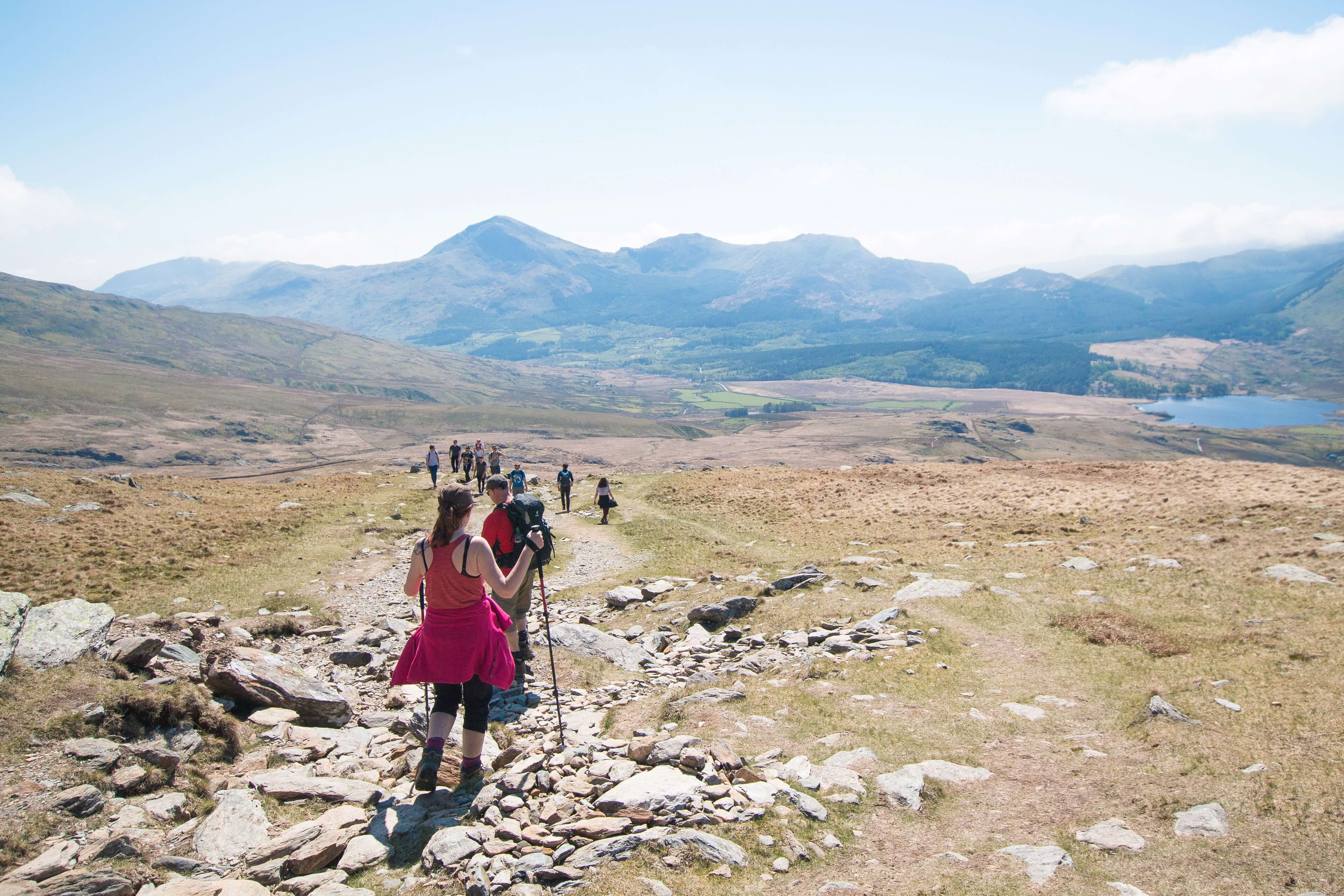 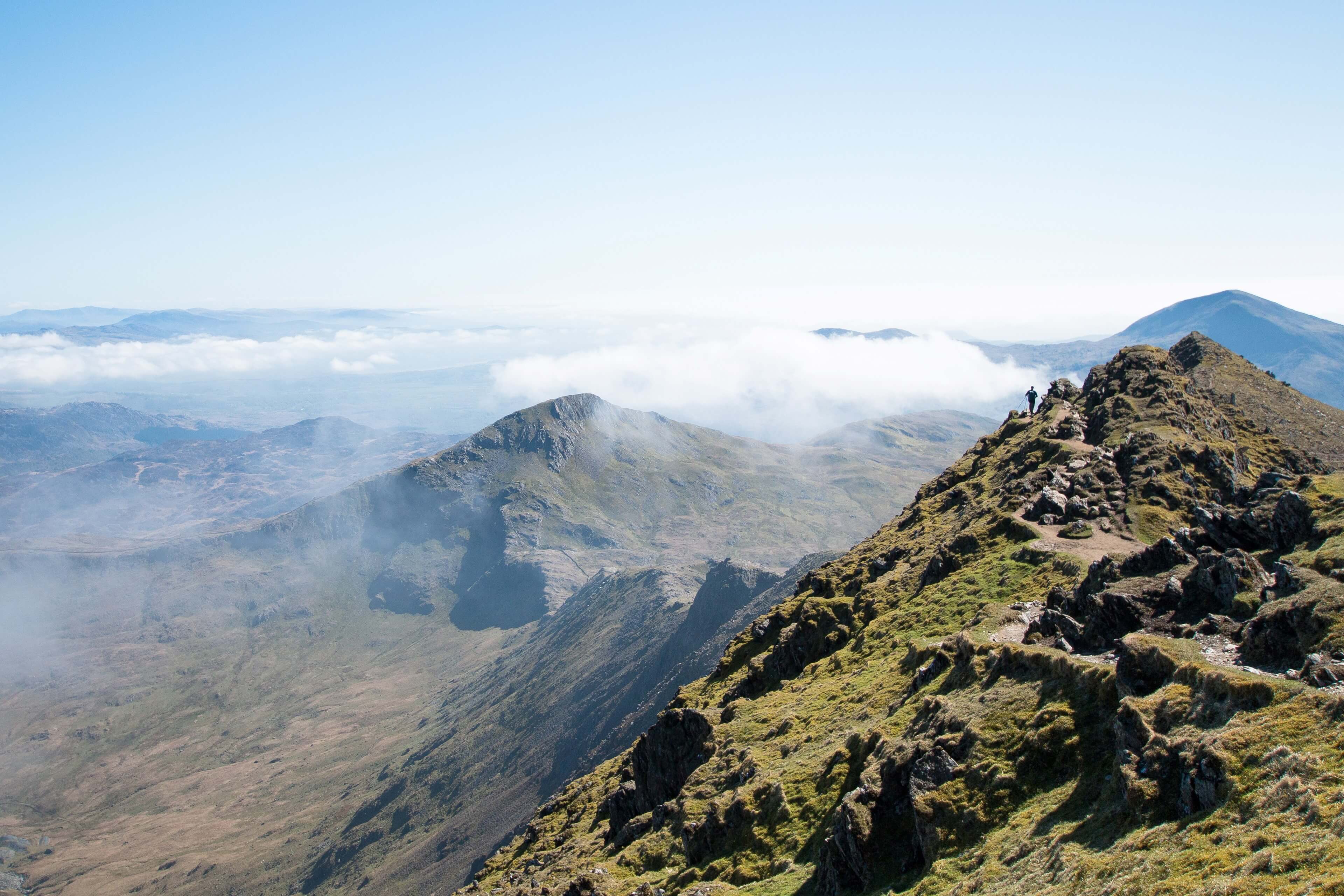 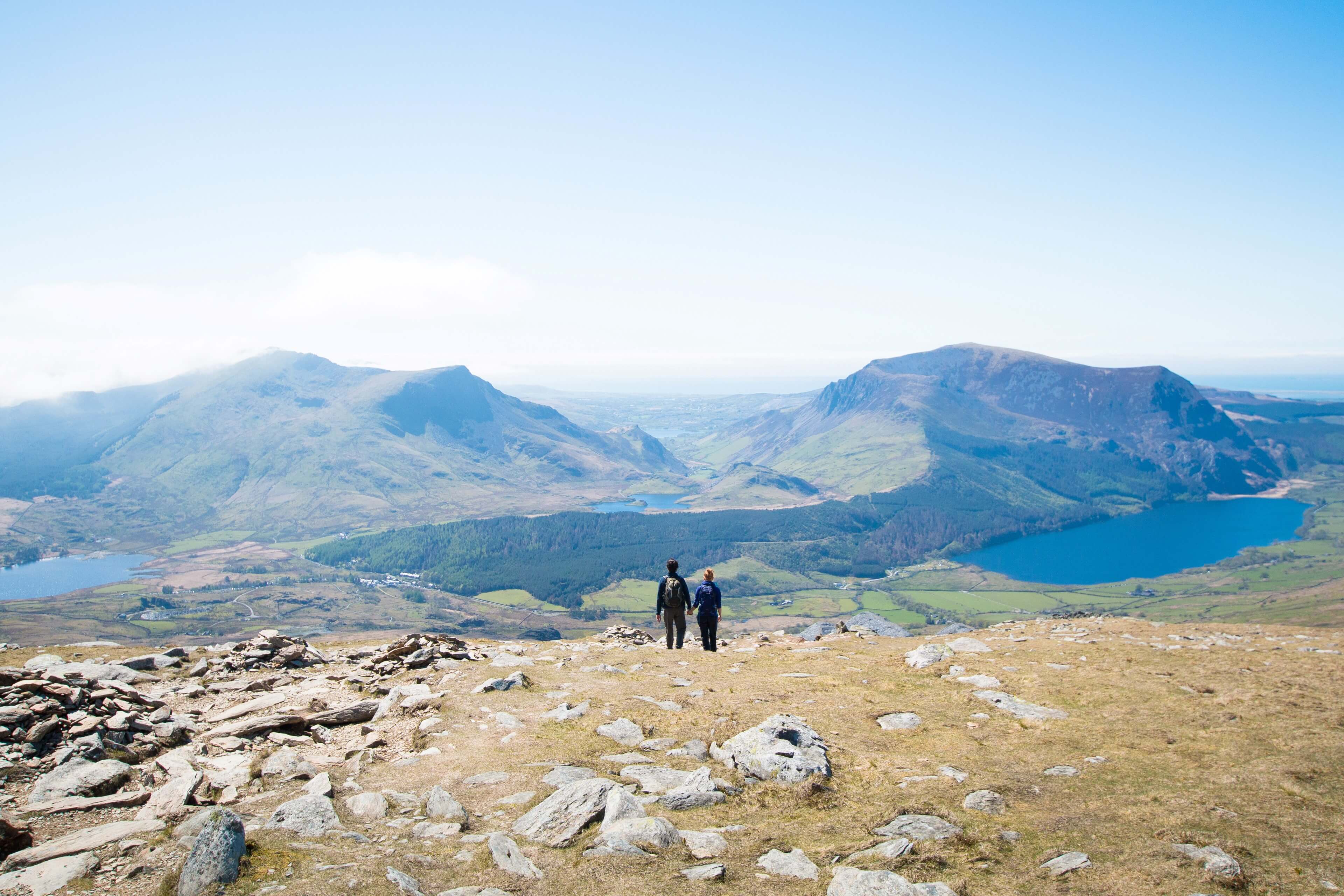 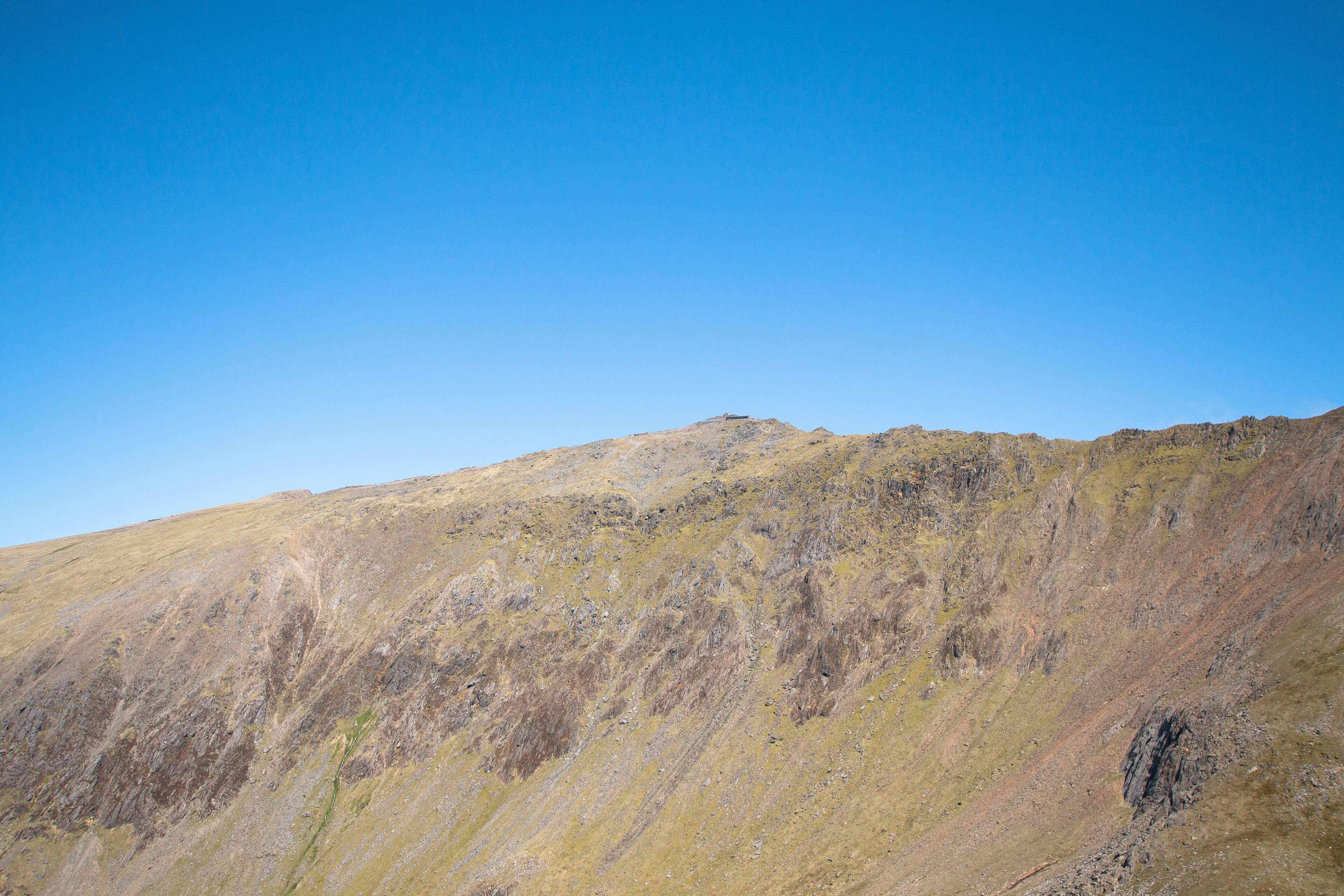 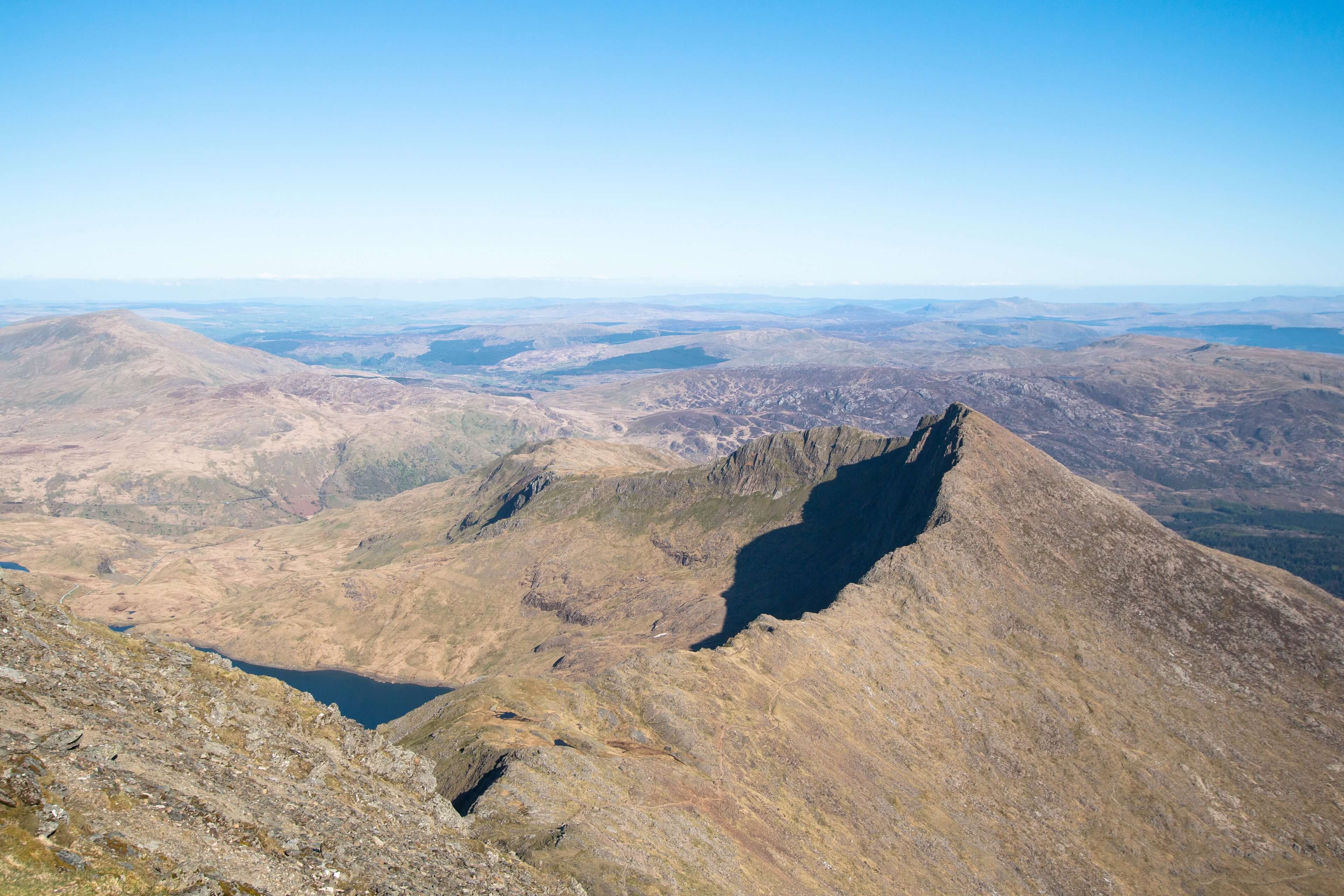 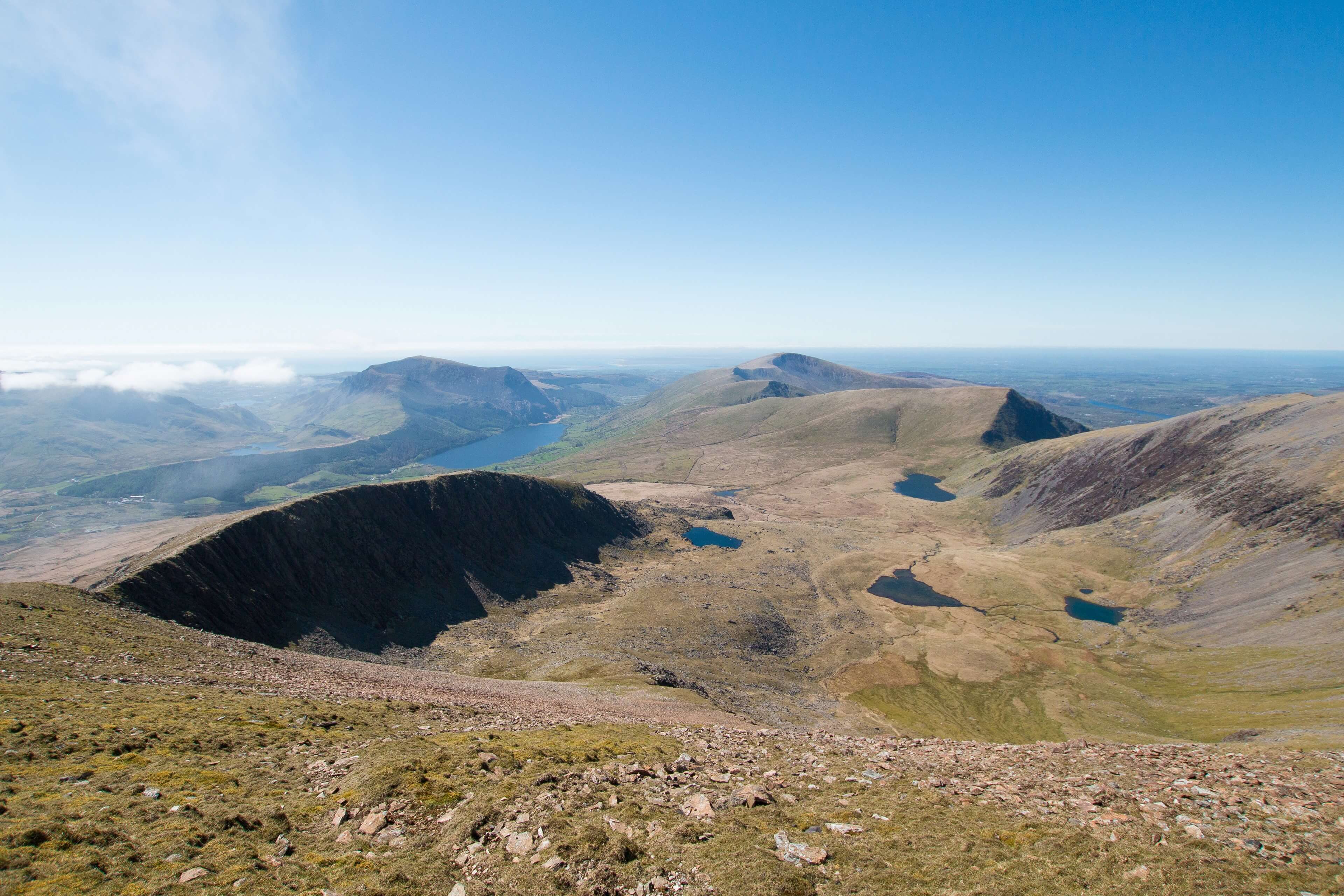 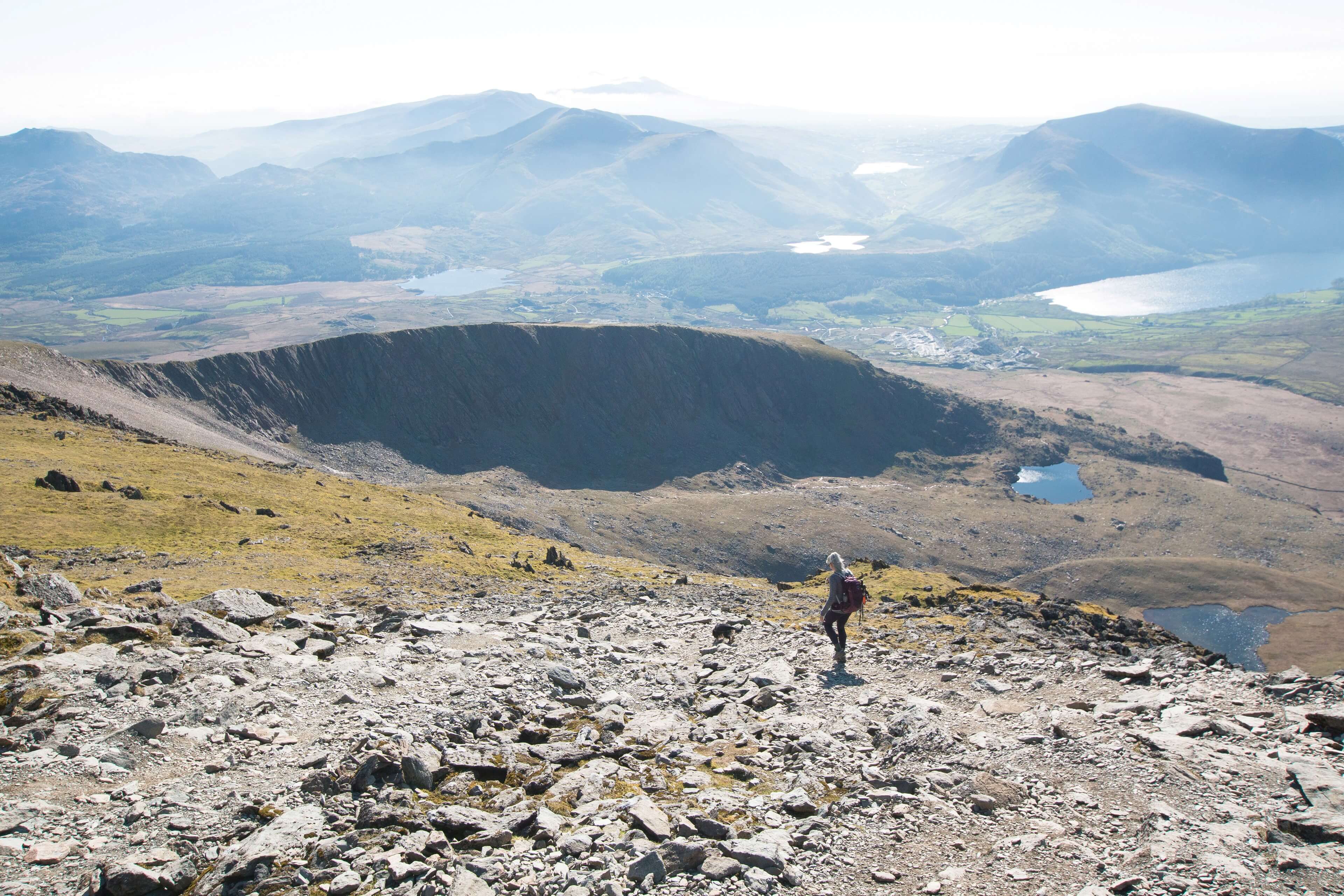 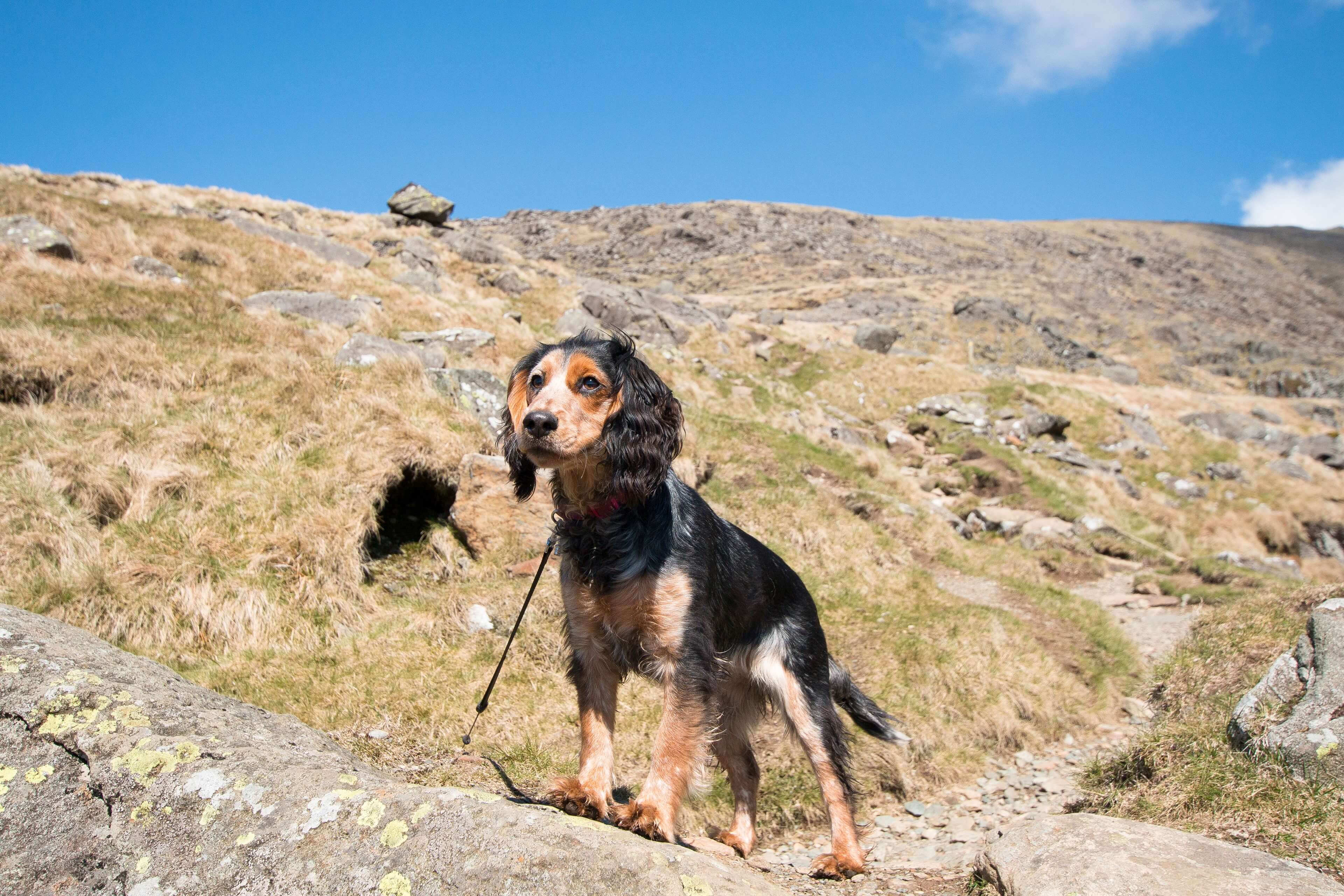 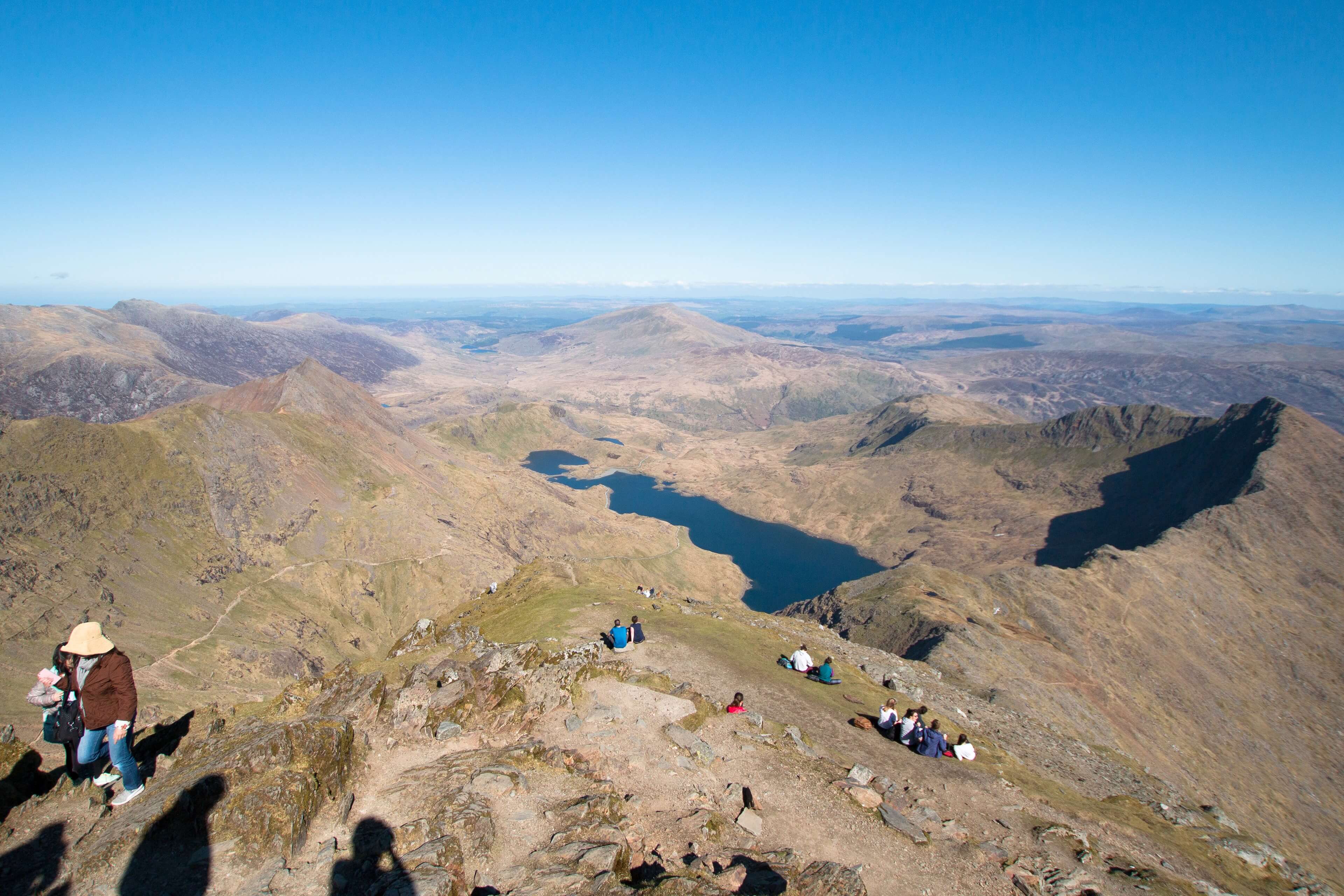 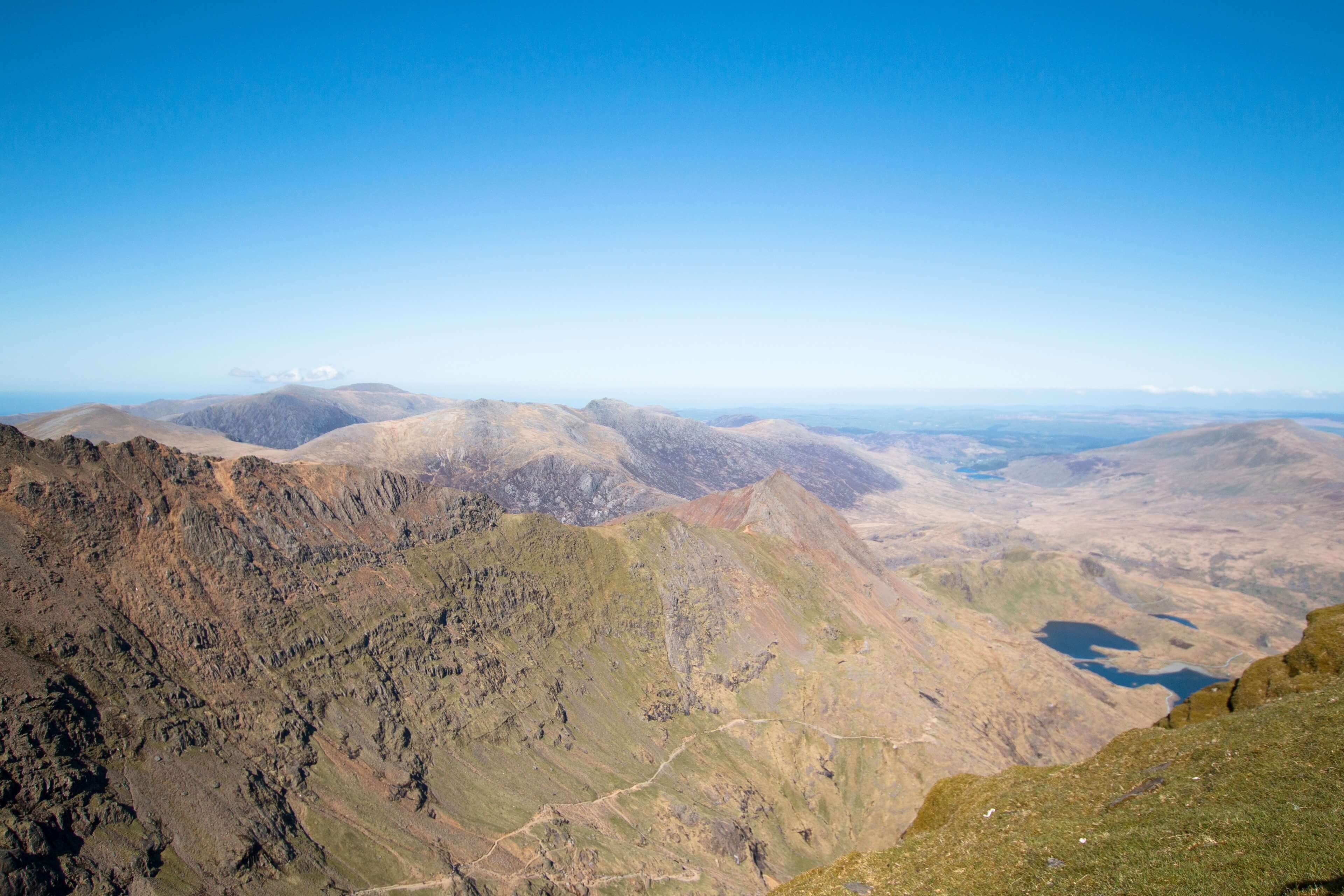 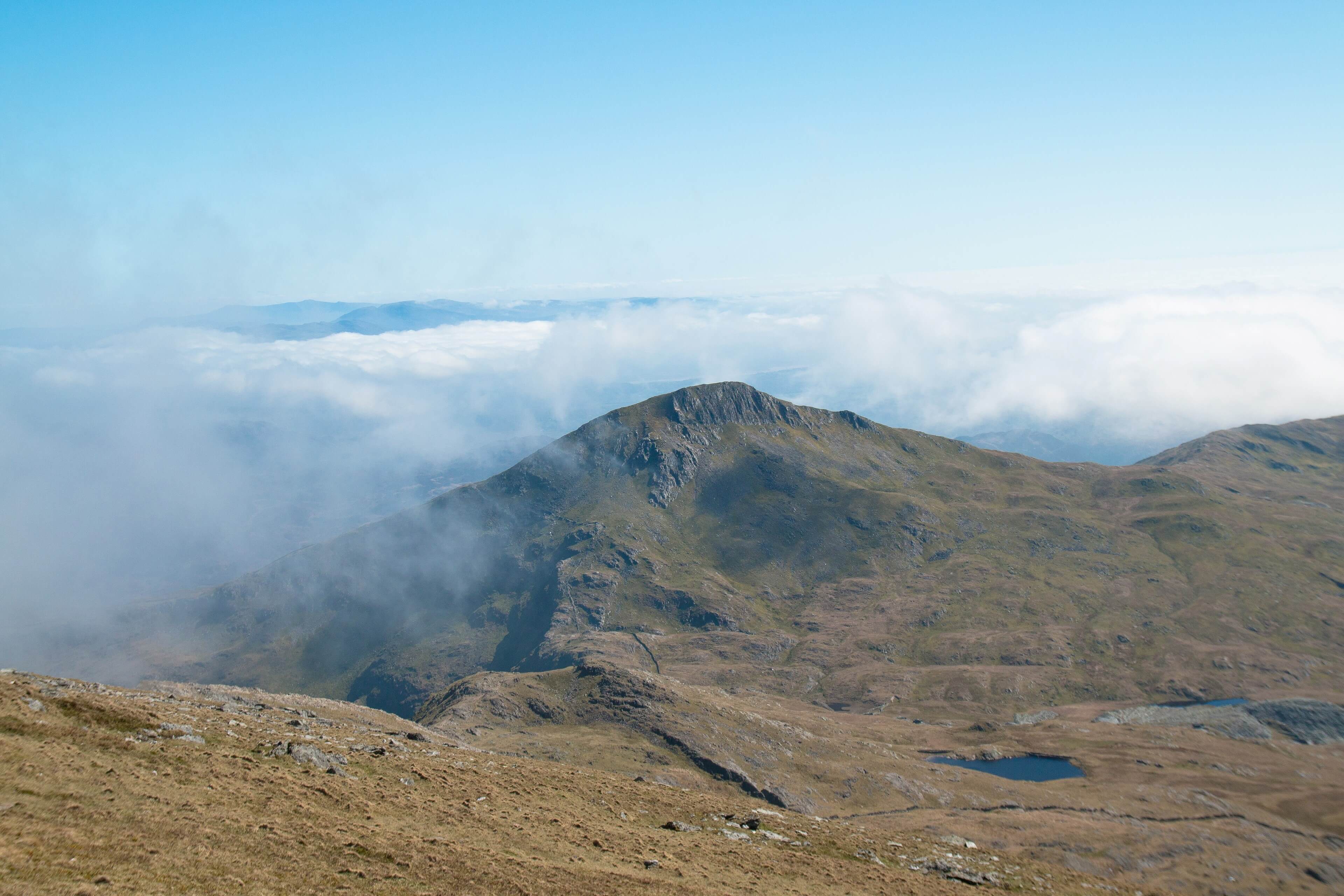 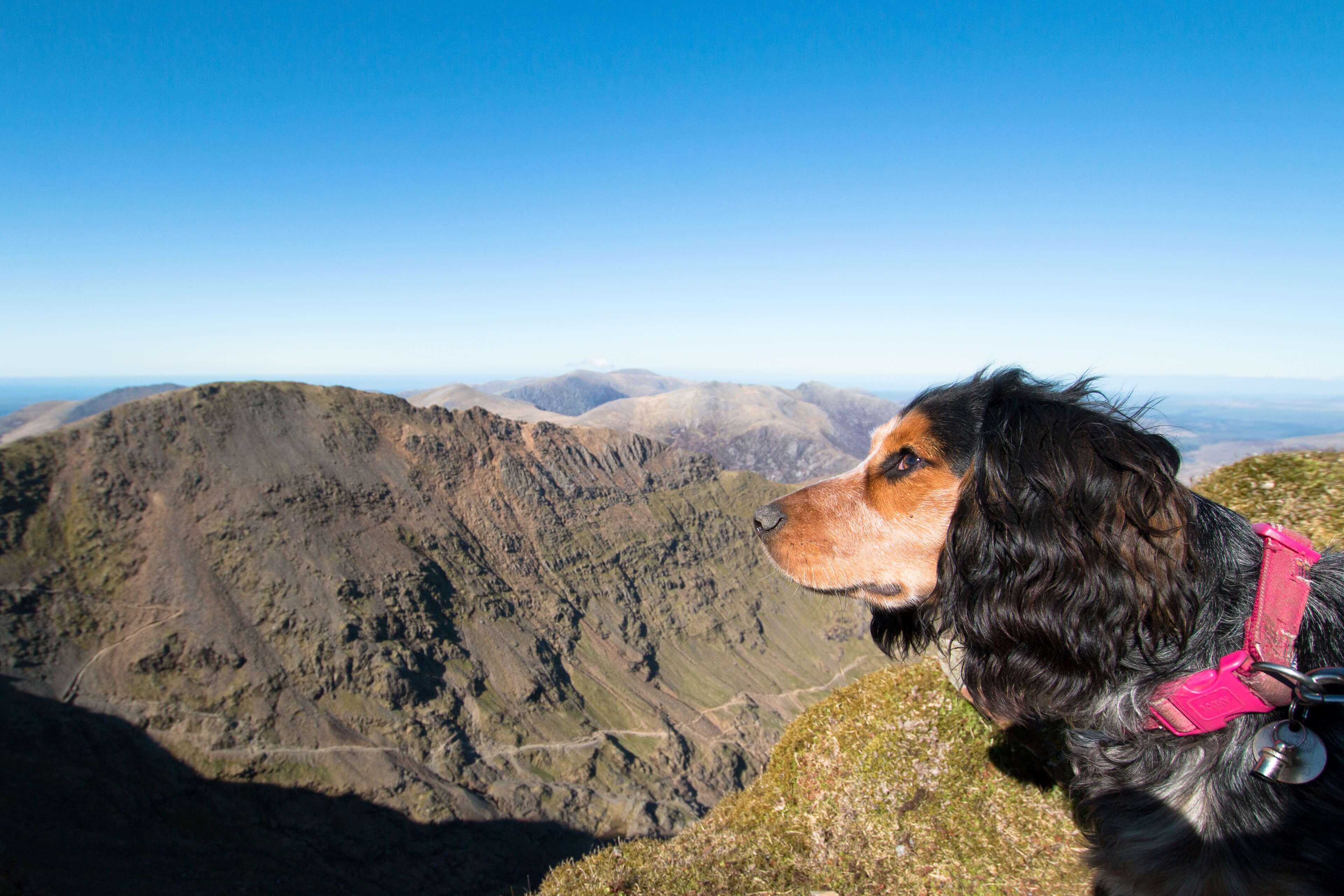 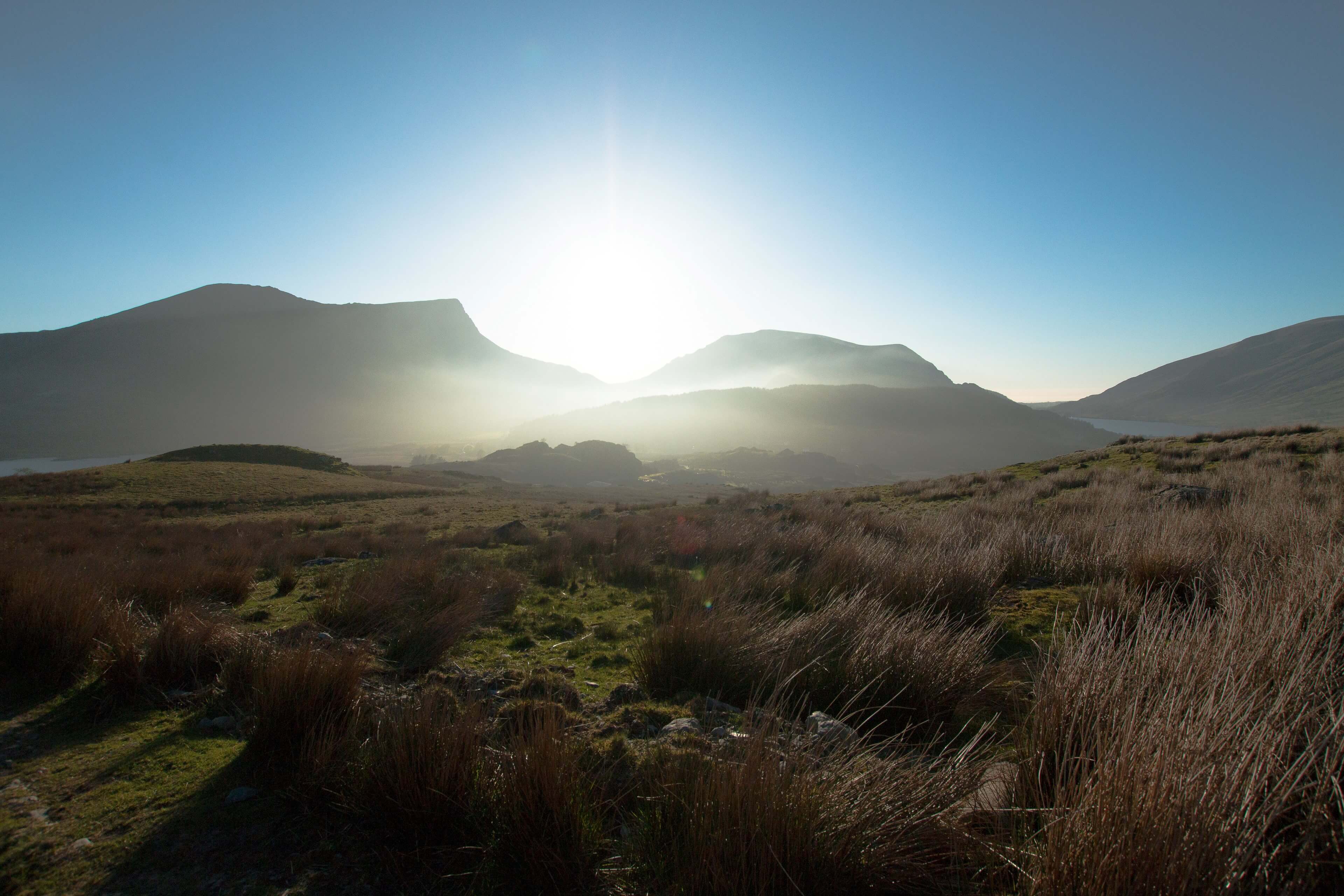 This Trail exposure feature is back to Snowdonia National Park to walk up Mount Snowdon, Wales highest mountain at 1085m.

This was my 6th trip up Snowdon having previously walked Crib Goch, Watkins, Pyg, Miners and the Llanberis path (ran that time) so this time I wanted to try one of the lesser known routes, the Rhyd Dhu Path which is a total of 7.5 miles and 890m ascent/descent.

I was joined yet again by my partner in crime, the cheeky Chelsea and her little bag of mischief, Willow the Dog on her first proper mountain adventure! This was Chelsea’s first visit to Snowdonia so the obvious choice was Snowdon before tackling the other great mountains in the national park!

The route itself starts from the small village of Rhyd Ddu to the west of Snowdon. It has a main car park (Postcode LL54 6TN) which gets busy very quick however you can park along the road inside the village if its full.

The route starts at the end of the main carpark and crosses a small train line and then its pretty much a constant gradual ascent all the way up to the summit which is visible (including café) right from the start. Obviously we had the glorious bank holiday weather so visibility was completely clear and sunny so our luck was in!

Having walked the other routes up Snowdon, I instantly felt that this route was more remote. Once you’re away from the village you are in an exposed open landscape and as you continue the ascent, which is a constant gradual climb all the way up, the landscape becomes grand and vast giving views around Snowdonia ive never noticed before.  You do encounter quite a few people on the route but nothing like the main routes and descending around 5pm was the quietest I had even known the mountain! The climb itself is fairly straight forward, nothing too steep, just a constant climb with an occasional rare steep section. The real fun starts crossing Bwlch Main which is really cool ridge section providing a tiny bit of scrambling up to the peak. Its a fairly easy ridge to walk however as long as you stick to the main path! The peak was super busy as always but the views this time were incredible with such clear skies.  Of course what comes up must go down so a simple case of retracing your steps for a descent all the way back down to Rhyd Dhu where you can enjoy a well earnt drink at one of its local pubs!

If you want to walk up Snowdon with great panoramic views and a remote/desolate atmosphere then I would definitely recommend this route. It gives a view of Snowdon which is unique and one that I had not experienced until this walk, plus it’s a fairly moderate walk so I would say an easy to medium difficulty.